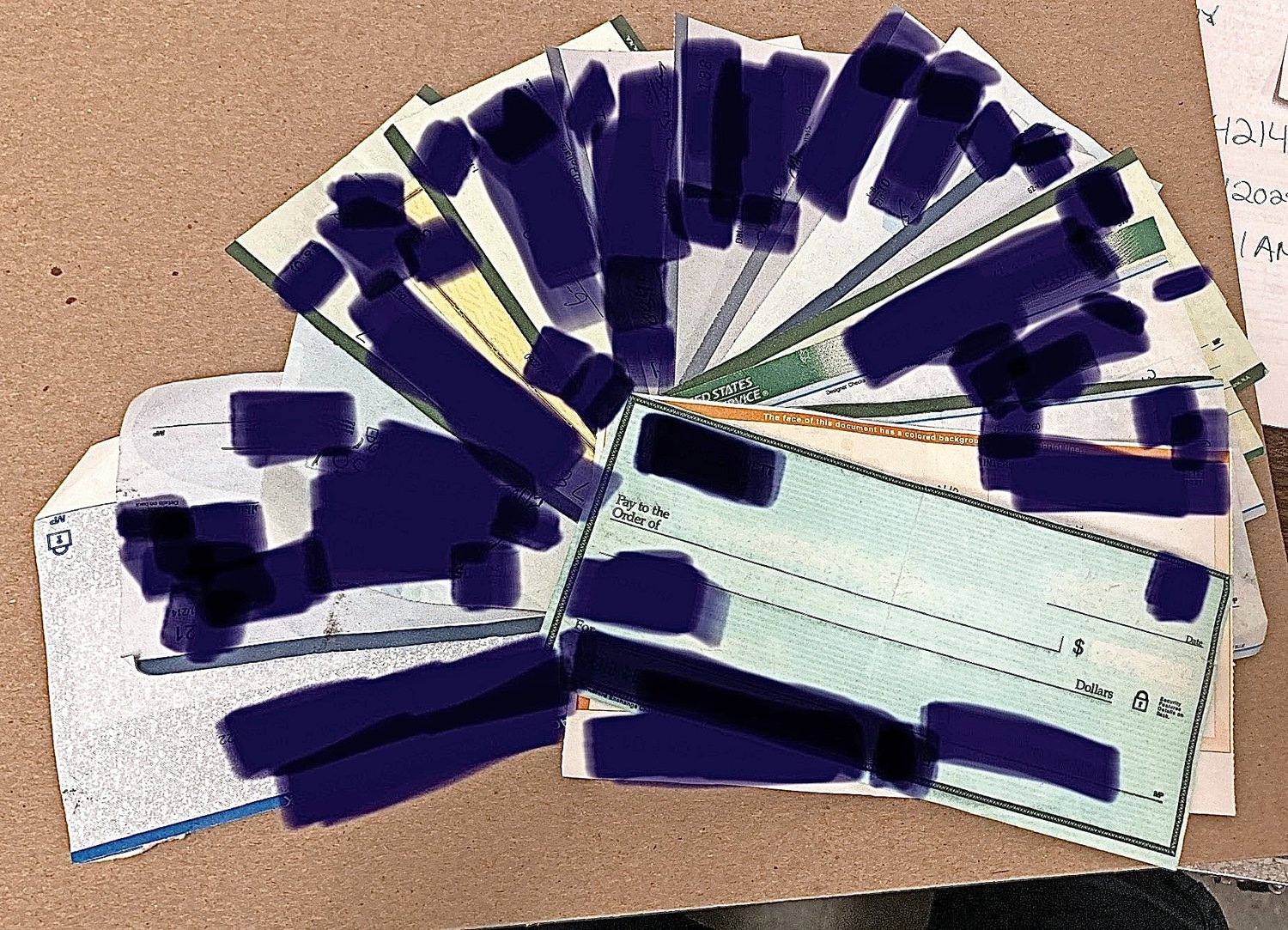 Police from the 50th Precinct during a routine car stop recently confiscated checks from thieves who stole them from residents' mailboxes, washed them with the intent of illegally cashing them.
Courtesy of the New York City Police Department
BY SACHI McClendon

Check theft, second only to auto grand larceny in this part of the Bronx, is the most prevalent crime committed. Most often checks are “fished” out of mailboxes, “washed” and then cashed.

Unfortunately in these cases, investigators often have little information to work with, and a successful collar is far and few between.

Yet, on June 21, the 50th Precinct announced it had apprehended a suspect who may have been responsible for some of these incidents.

According to the New York Police Department, while conducting a car stop, officers with the public safety team discovered several checks recently stolen out of mailboxes in the area.

“This apprehension saved the victims (from) losing thousands of dollars,” the precinct wrote in a social media post.

A man began receiving emails with Social Security numbers and other private information on June 4 around 8 a.m.

According to police, the victim’s password to access his email was then changed, and he no longer could get into his accounts.

Police are treating this as an identity theft and no arrests have been made.

A man exited his 2010 Honda Civic on the corner of Reservoir Avenue and West Kingsbridge Road on the afternoon of June 1 and began hitting another car with a baseball bat several times while a driver was still inside the vehicle.

The perpetrator caused around $250 worth of damage to the driver-side door of the car. He then fled the scene, and no arrests have been made.

The owner called police after he returned to his bike only to realize it had been taken.

While there is no video of the incident, a witness reported seeing three men flee the scene of the crime.

Police canvassed the area with no success.

While conducting a traffic stop on June 7 around 6 p.m., on a grey Acura on the 3400 block of Bailey Place, an officer discovered that the driver’s temporary license plates were forged.

The driver also had a suspended license.

The driver was arrested at the scene of the incident.

The victim reported to police that he had left his 2009 Honda Accord running and the keys in the ignition, only to return to find the vehicle missing.

Police searched the area soon after, but no arrests were made.