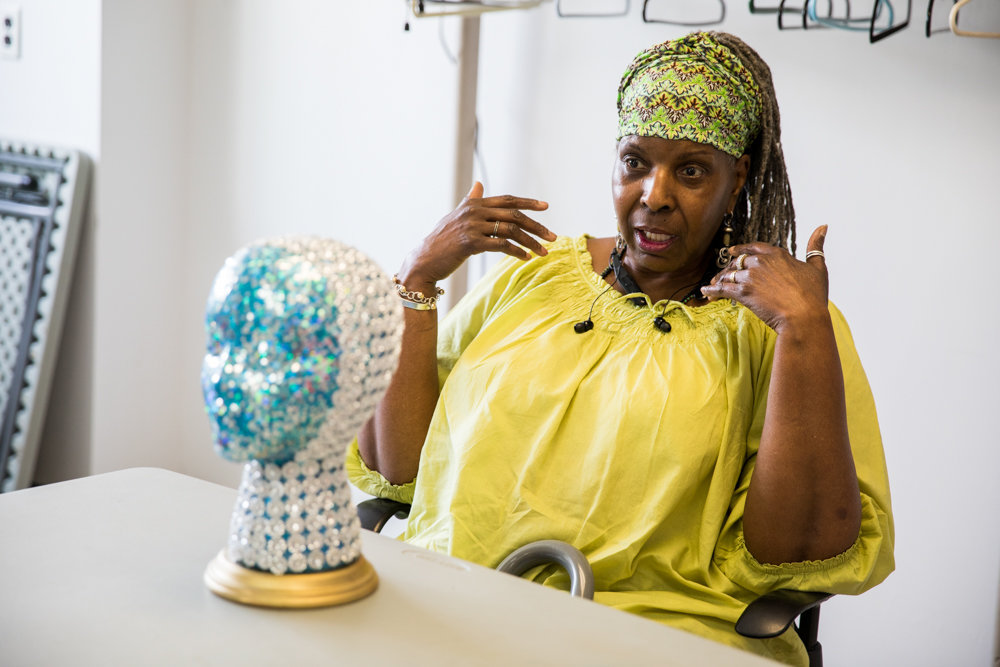 Maurice Williams talks about what inspired her to start decorating Styrofoam heads. Six of Williams’ heady creations are on display at RSS-Riverdale Senior Services through June 22.
JULIUS CONSTANTINE MOTAL 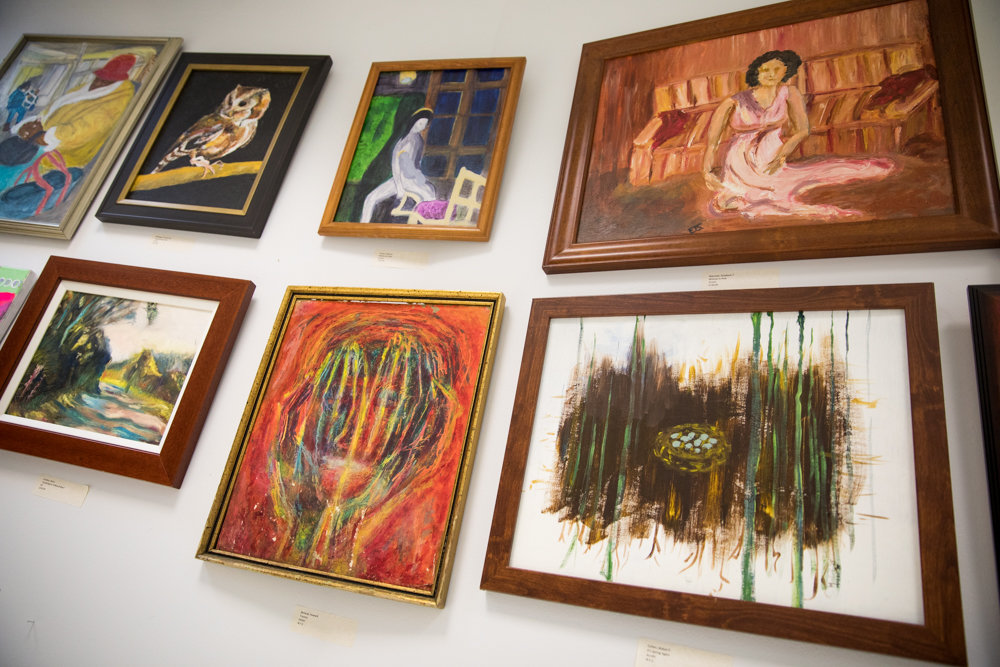 Paintings are among the art works on display at RSS-Riverdale Senior Services, which marked the 40th anniversary of its gallery space with a massive group show on display through June 22.
JULIUS CONSTANTINE MOTAL 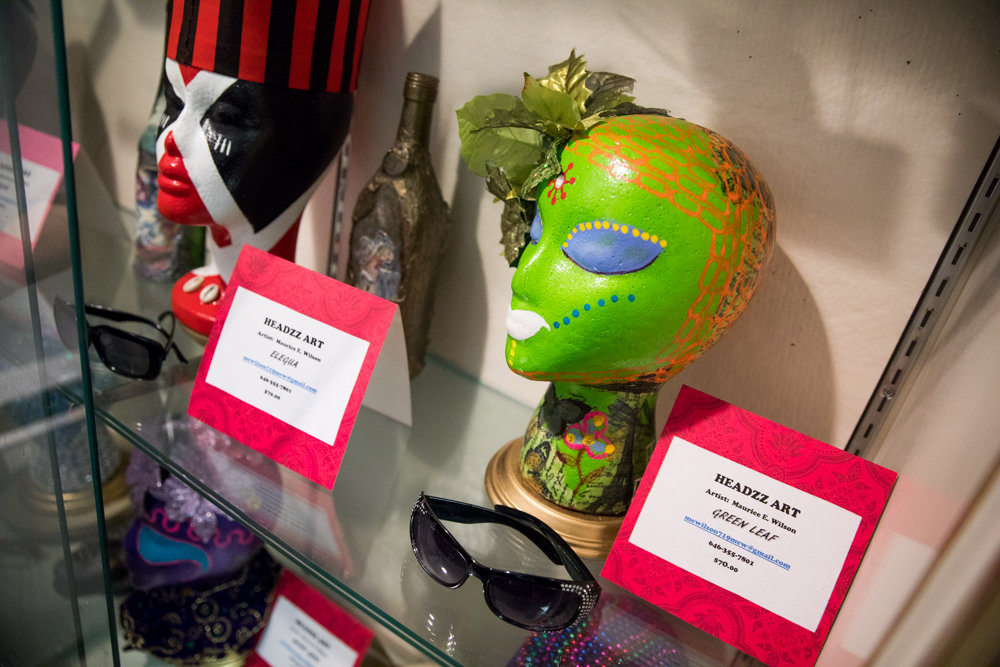 Maurice Williams takes a robust chromatic approach to Styrofoam heads. Six of her heady creations are on display in a group exhibition at RSS-Riverdale Senior Services through June 22.
JULIUS CONSTANTINE MOTAL 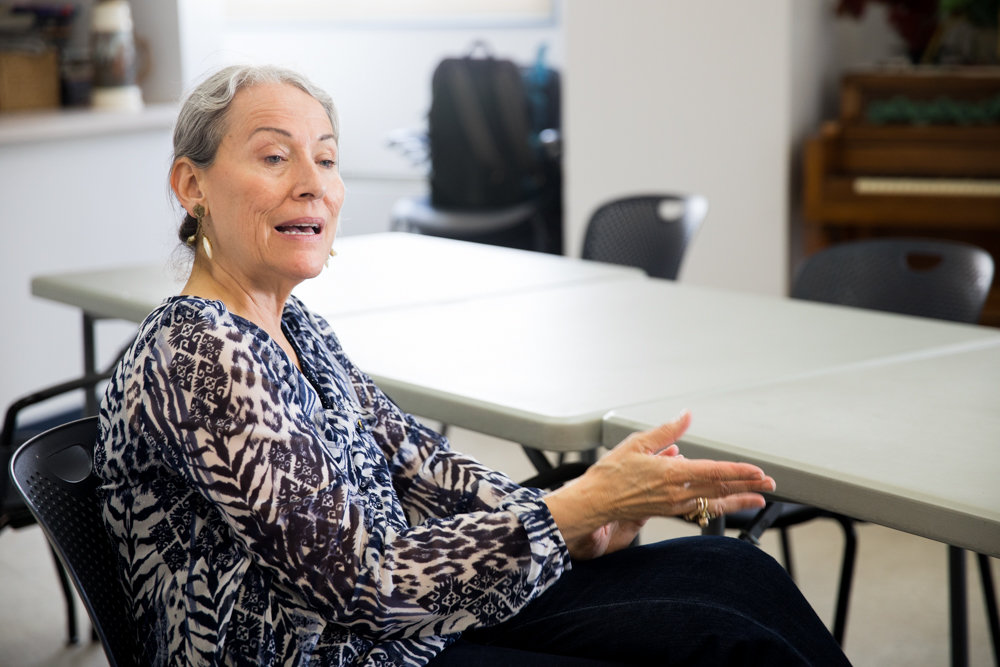 April Lombardi talks about the art class she teaches at RSS-Riverdale Senior Services. Many of her students have work on display in the senior center’s group exhibition.
JULIUS CONSTANTINE MOTAL 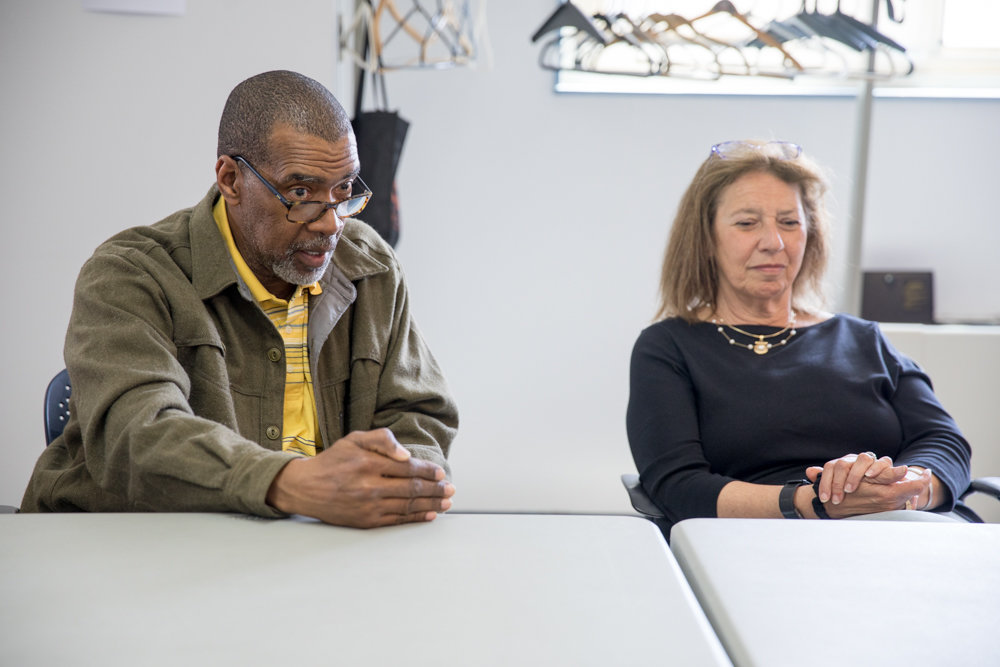 Dennis Shelton, who has six works in a group exhibition at RSS-Riverdale Senior Services, talks about his lifelong artistic practice. The exhibition runs through June 22.
JULIUS CONSTANTINE MOTAL 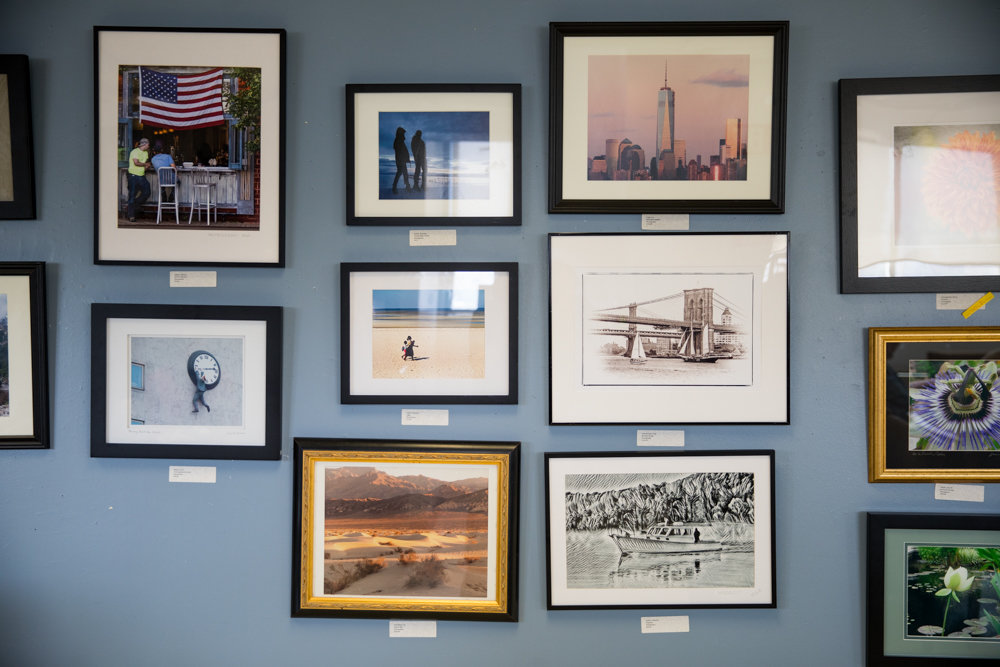 Photographs are among the art works on display at RSS-Riverdale Senior Services, an exhibition that marks the 40th anniversary of its gallery space.
JULIUS CONSTANTINE MOTAL
Previous Next
If you go ...

It was a chance encounter on the street that led Joanne Lehman to become an artist.

Lehman ran into Judith Kramer, a friend of hers who happened to also be a member of the RSS-Riverdale Senior Services’ board. Kramer was on her way to an art class at the 2600 Netherland Ave., facility, and there was something about the whole experience that just stuck with Lehman.

“It just found a compartment in my brain and stayed there,” Lehman said. “Then one day, I came in with a friend and felt very comfortable here.”

Before stepping foot in the senior center, Lehman had never pursued any form of art. But once she started taking watercolor classes with art teacher April Lombardi, that immediately changed.

Now, Lehman’s an exhibiting artist, with her first show being RSS’ 40th anniversary celebration of its Vintage Artists Gallery. The exhibit features 65 artists, all on display through June 22.

The Vintage Artists Gallery began in 1979 after RSS realized there was a need to showcase artists older than 60. The Bronx Council on the Arts as well as several other organizations initially funded the gallery over the years, but now it’s solely funded through RSS.

While Julie Dalton has worked at RSS as its executive director for just a year now, she sees the value in delivering a message to the community that it’s never too late to pursue a new passion once you’re above a certain age.

“It really helps us to debunk the myth that your older years are about decline or not feeling well,” Dalton said. “It can be completely the opposite. It’s about having purpose, enjoying something, learning something new.”

Maurice Williams can say the same thing about her experience as a new artist. She joined RSS 20 years ago, and despite a diagnosis of colon cancer in 2001 — with another bout of cancer in 2015 — she has never stopped creating.

The work Williams has featured in the Vintage Artists Gallery’s anniversary exhibition are decorated Styrofoam heads inspired by a collection of Styrofoam wig heads she once owned. Williams was inspired to start the project when her granddaughter was playing with the wigs and noticed that one of them had been worn out.

“I just started painting it,” Williams said of the plastic foam head. “And then one thing led to another. I added some more stuff to it, and then I added some other things to it.”

And with that, Williams realized she had a real passion project on her hands.

Since artists like Lehman and Williams are newcomers to the art scene, they credit instructors like Lombardi for bringing out talents they never knew they had.

“Every session she adds something constructive, something that you didn’t see but just improves whatever you’re doing by your own hand,” Lehman said. “I just see whatever I do getting stronger and better each time.”

Even Kramer says she sees things differently now as a new artist thanks to Lombardi’s direction.

“No matter what you do,” Kramer said, “she sees something in it that’s just terrific.”

Meanwhile, Dennis Shelton sees how Lombardi gears newcomers into a more professional direction as he learns lessons, too.

He’s an artist in the exhibition who dedicated decades of his life honing his craft and even teaching art to students at the former John F. Kennedy High School.

The Vintage Artists Gallery formally celebrated its 40th anniversary with an opening reception May 19, and received positive feedback from its visitors and exhibiting artists.

When she first glanced at her work on display, all Lehman could feel was excitement.

“It’s actually pretty cool,” she said. “Even on such a basic level I feel that I’m on, I felt good framing my work and seeing it up there.”

Williams has been a little apprehensive about sharing her work in the past, but she was grateful for visitors and artists who enjoyed her creations.

“I feel fantastic,” Williams said. “I’m rubbing elbows with real artists other than myself.”

As the exhibiting artists at the Vintage Artists Gallery look ahead to what’s next for their creative endeavors, they’re also reflecting on what they’ve learned at the senior center.

“For me, this is therapy,” Williams said. “I can lose myself. I can go on for days into my art work, and a lot of times I am.”

As for Shelton, seeing other people’s work at RSS has taught him there are no boundaries to art.

“The work really introduces you to the fact that anything’s possible,” Shelton said.

It’s even inspired him to continue sharing art with people he feels he’s truly connected with.

“This is a new chapter for me,” Shelton said. “A chapter I didn’t even know I needed.”