Sanitation department gets the 'short end of the stick' 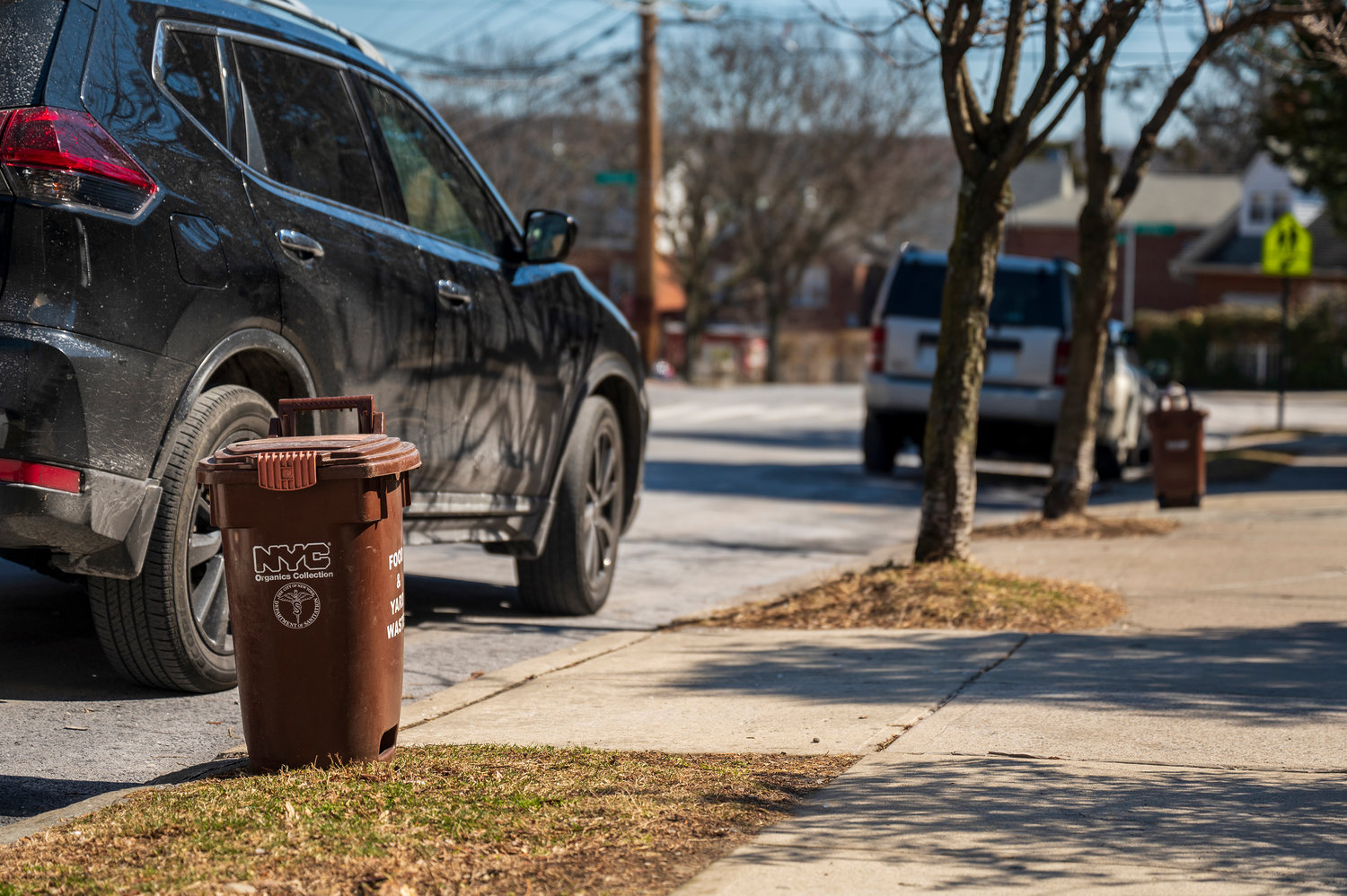 New York City Department of Sanitation composting bins which remains in affect despite the budget cut is placed on the curbs of homes along the street of Riverdale Ave and 259th.
Hiram Alejandro Durán 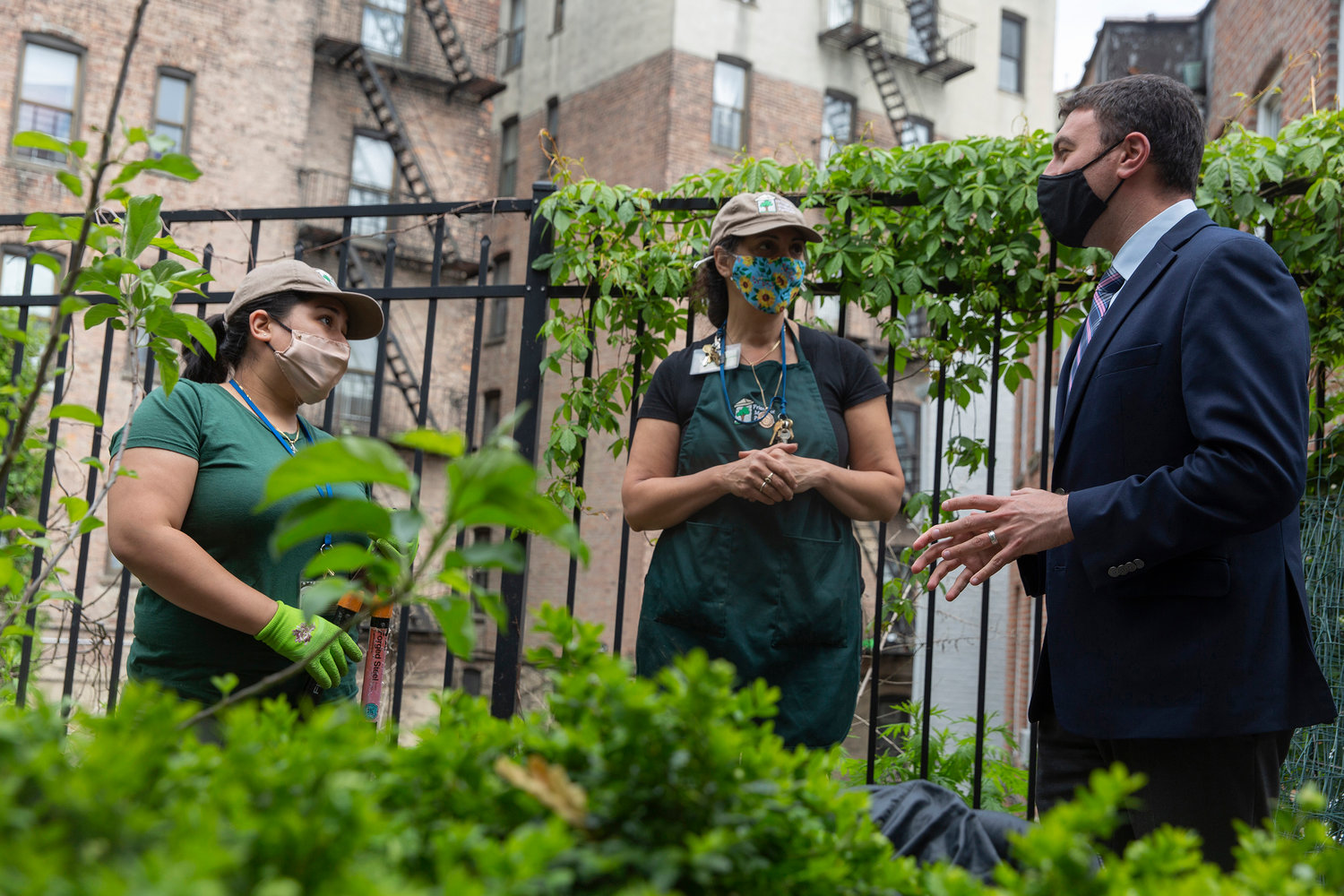 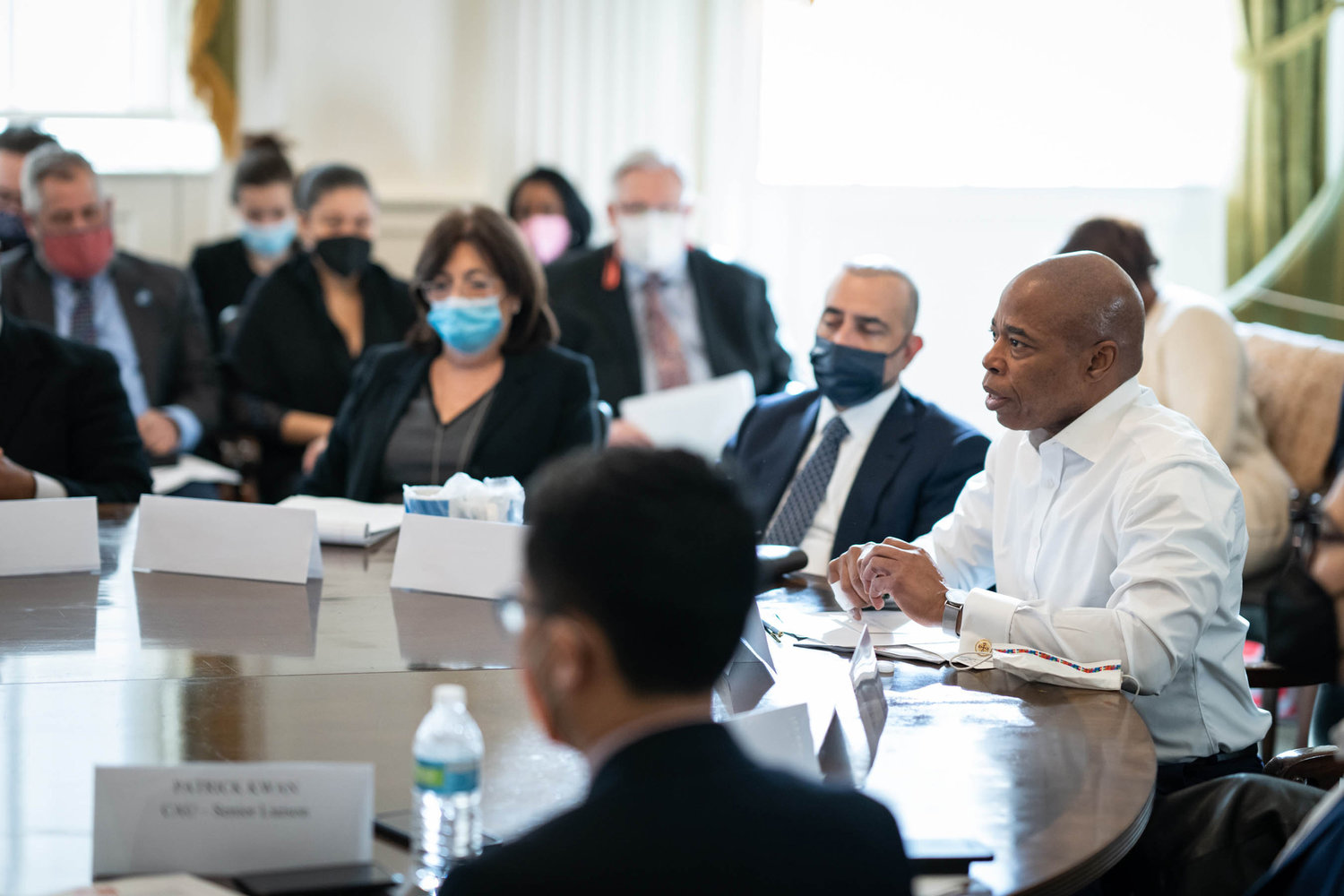 Mayor Eric Adams preliminary budget was reveled in Feb and the communities of the Bronx are not thrilled.
Courtesy of Mayoral Photography
Previous Next
By STACY DRIKS

After the mayor’s preliminary fiscal year 2023 budget was proposed, a pause was put on the expansion of curbside composting program — the budget negotiating team will be spending time figuring out how to make it work for everyone.

As a candidate in 2021, Mayor Eric Adams wanted to expand the program. However, as it turns out he did the opposite. He calls the curbside compost program a system that needs to be improved rather than expanded.

“It is a broken system,” said Jodi Colon, former compost manager at the New York Botanical Garden. However, they both have a different definition of what broken means.

The mayor wants to put a pause on the system because diesel trucks drive around the city and don’t pick up enough compost. Colon claims the city never tried to fix the program. The city is worried about a $9 million part of a $28 million Department of Sanitation budget, Colon said. The overall New York City budget is $98 billion.

Adams slashed $9 million from the department of sanitation for the 2023 fiscal year. Which had previously been funded at $28 million for that year.

Composting is considered to be a natural way to recycle organic material such as leaves and food waste and make it into fertilizer.

“Over a quarter of our garbage is considered food scraps,” said city councilman Eric Dinowitz that led to change — In 1999 the department of sanitation began the compost program. The curbside is in a different bin compared to the black and blue one — this one is brown.

Curbside composting is currently in eight districts in the New York City area. Dinowitz hosted community events, where he needed enough signatures to show the sanitation department there are enough residents to be considered for the curbside compost program.

Community board 8 has curbside composting and his plans will change if the preliminary budget for the pause of expansion stays where it is.

“I have been a fierce advocate for bringing composting to District 11, and I will continue to push for its implementation in every neighborhood,” Dinowitz said in a press release in the response to the release of the budget.

Dinowitz is a part of the budget negotiating team and in the coming few months there will be a discussion on how to move the budget around that works for everyone.

As a city council member, one of Dinowitz’s responsibilities is to educate the community.

His children are a part of the composting community.

When Dinowitz cooks food with his kids such as stew he teaches his children what is supposed to be composted. Instead of throwing out the prep of the recipe such as carrot tops he reinforces them that there are other ways for the system of consumption is to work.

Shira Silverman marketing manager at The Riverdale Y Sunday Market wants to educate people to get their buildings to compost. The amount of trash in an apartment building can collect a lot of compost if practiced well.

The Sunday Market does not have the brown bins; instead they have “Big Reuse” bins — a non-profit environmental program that fights climate change.

“It’s extraordinary what they do,” said Silverman. “We wouldn’t be able to process the amount of food people have done”

Big Reuse literally reuses products. They drive to districts and empty the bins to bring them back to compost. This system is basically recycling items and that is a way that can fix the sanitation department’s composting system.

“Don’t throw it out if you can’t find another way to use it,” Colon said, “What did the mayor do? He threw it out and didn’t fix it.”

When the weather is nice the Sunday Market receives more food because more people come out during the spring and summer compared to the winter.

Silverman personally uses the brown bins for collection and sometimes the bin would not be emptied. The truck can come bi-weekly.

Colon encourages people to contact the sanitation department because that job is the driver’s and is not controlled by the city — the city is unaware of occasions like this.

There are often some misconceptions about composting. There are fears that people are afraid of the smell although the bins have a closing seal.

”People are so invested in composting that they are willing to save their food scraps for a week or so that they can bring to the farmers market,” Dinowitz said. “Or bring it to a food scrap drop-off site.”