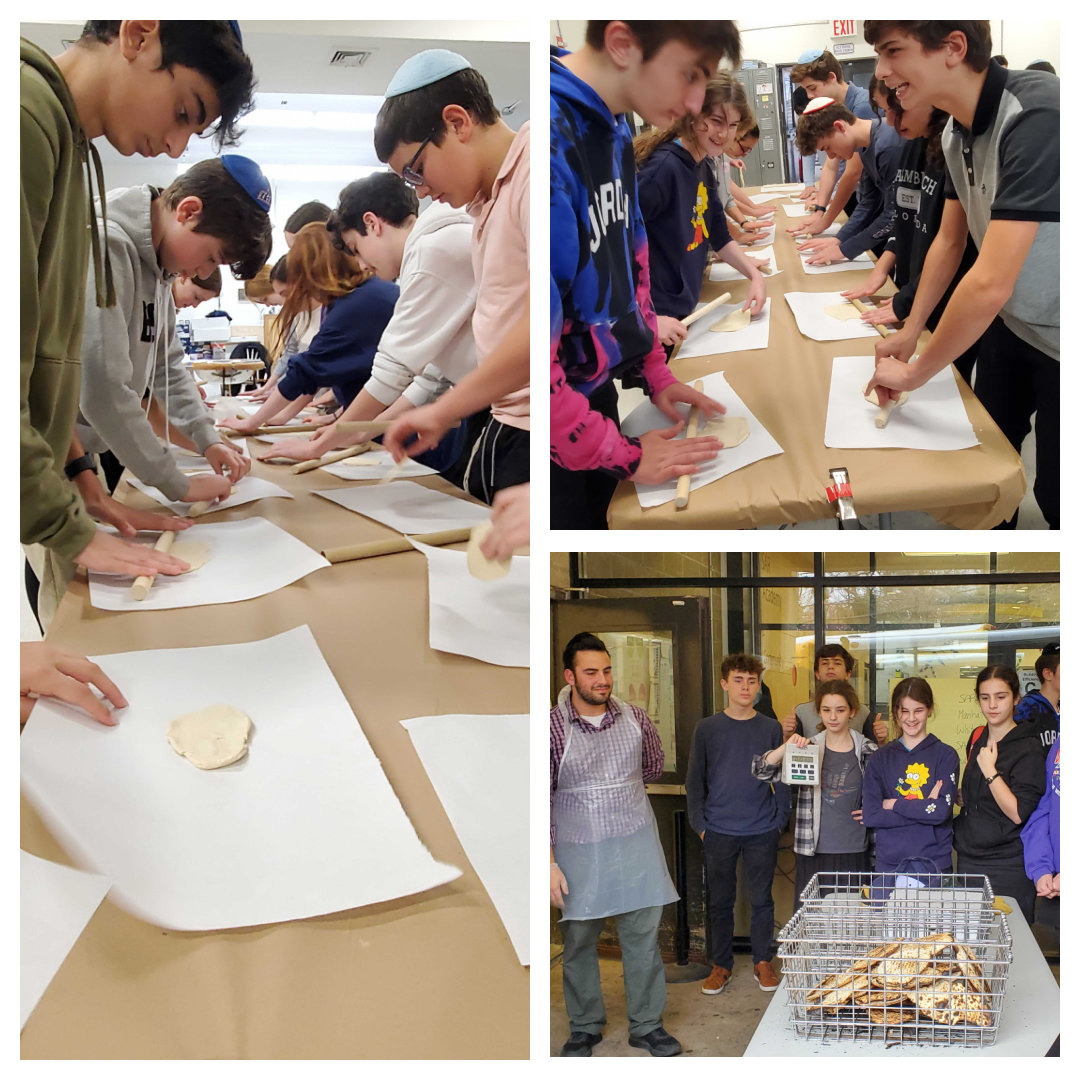 Students at SAR Academy participate in the fourth annual matzoh-making factory recently at the school. Along with their families, students produced kosher 18-minute Shumrah matzoh prior to Passover. The oven used to make the matzoh came from a Jerusalem family.
Illustration courtesy of SAR Academy
BY STACY DRIKS

Students and families created a memorable opportunity for themselves to produce handmade kosher 18-minute Shmurah matzoh. This matzoh is wheat guarded in its harvest and is supposed to be eaten only on the first day of Passover, fulfilling a religious duty. Matzoh baking helped SAR students learn to get hands-on experience baking for the holiday.

SAR was fortunate and appreciative for their special matzoh oven made by a family in Jerusalem. The family perfected their own products over the past few decades. In addition to the oven, necessary equipment was needed, such as rolling pins, a kneading table, and the Shmurah flour.

In honor of Passover, third through eighth grade at Kinneret Day School took part in their annual Passover Seder reenactment, which came back for the first time since 2019 on April 11.

It was initiated in 1964 and has been a tradition ever since. The school produced its own Haggadah, a Jewish text that retells the Exodus story from Egypt. According to the head of school Rabbi Aaron Frank, their Seders, unlike other schools, are unique because of the history of their songs.

As people speculate about Yiddish becoming a dying language — it surely is not here. People in New York City and Europe still speak the fusion tongue, and the teachers at Kinneret who were holocaust survivors are to thank.

Kinneret’s curriculum in the past taught their students in Yiddish, including Yiddish Passover songs. As time went on, the students spoke less and less Yiddish, but the current students continue to have the respect to learn and recite them at the Seder table.

Kinneret honors their past teachers every year at the Seder. In the Haggadah, pictures of them are found on the back pages.

One song sung by students is “Pyramidin,” which is based on the hard work of the Jewish people who built the pyramids in ancient Egypt. Another is the Yiddish interpretation of Dayenu, which means, “it would have been enough.”