Schindler pens tales about growing up in Riverdale 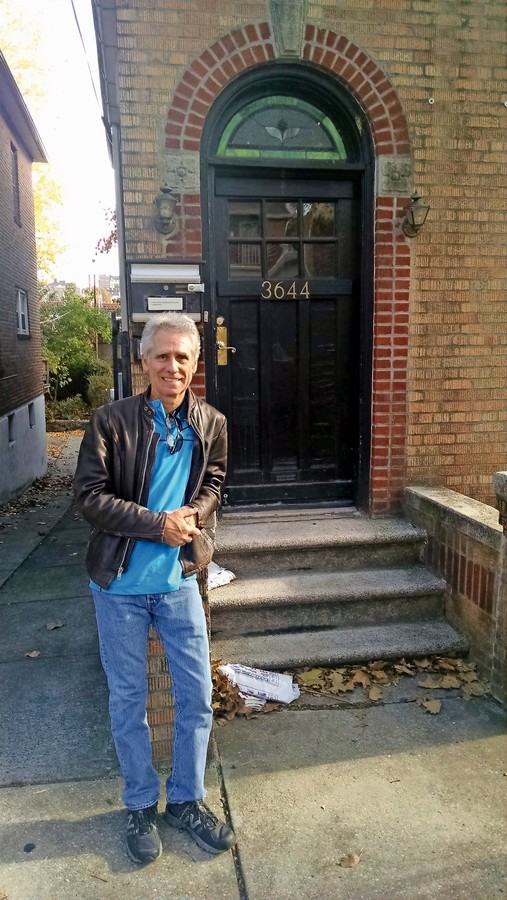 Steven Schindler won the grand prize for his book ‘The Last Sewer Ball’ at the 2017 New York Book Festival. His book is set in Riverdale.
Courtesy of Steven Schindler
By Sean Browne

When the New York Book Festival awarded Steven Schindler its grand prize July 15 for his 2013 novel “The Last Sewer Ball,” he’ll have to remind his readers that he doesn’t write for accolades. Instead, it’s a reflection of growing up near Riverdale.

Schindler was born and raised in Kingsbridge on West 238th Street and Bailey Avenue, in an apartment Schindler describes as a “pre-war early 1900s building.” His first novel, “Sewer Ball” in 1999, was a semi-autobiographical take on Schindler’s time growing up in the Bronx. The sequel, “The Last Sewer Ball,” is about the characters of the original story, now grown and having to confront their past.

The title for both books refers to a dangerous game Schindler played growing up.

“It is a ball that is (found) in the sewer,” he said. “When you didn’t have the money to buy a ball … a friend would hold you by the ankles and you would scoop old balls with a coat hanger shaped like a circle from the sewers.”

He’d clean up the balls, and the best ones would be used for stickball or other games.

It’s an illustration of having to grow up in the Bronx in the 1960s, he said, including some of the many traumatic experiences based on Schindler’s life.

“Society and the Bronx was really changing as this point in time,” said Brian McKernan, a childhood friend of Schindler. “The Bronx turned into a more dangerous and crime-intensive place. Steve is a great ear for dialogue, and he put it all together in this novel.”

In the latest book, the teen-aged characters witness a death, based on a Schindler memory as a boy watching someone fall off a roof.

Schindler tells his story in a time period filled with many groundbreaking cultural events like the American arrival of the Beatles, as well as one world-stopping event that took place in November 1963.

“I remember being in the classroom at Visitation (School) when Kennedy was assassinated,” Schindler said. “I remember the reaction of the nuns telling us something was going on, and then dragging us to church to pray. So there is a lot of historical context in there.”

Surprisingly, Schindler’s inspiration for writing the Sewer Ball series came from people who didn’t even live in his neighborhood.

“When you grow up in the Bronx, you see a lot of things out on the street that people don’t see in their entire life,” Schindler said. “So when I left the Bronx to go away for the summer or to college, I would always tell stories of growing up, and people would look at me and say, ‘You should write a book.’ So I did.”

“The Last Sewer Ball” isn’t so much about Schindler’s experiences in Kingsbridge, but rather a man reflecting on his life as he grows older.

“It’s an adult looking back on things and trying to make sense of his environment growing up in the Bronx on 238th Street,” Schindler said. “It’s about years later seeing how people change and things change and putting yourself on a mission about trying to find the truth about certain people.”

In the novel, an older man named Vinny tries to track down his friend Whitey after being apart for decades. It’s a story Schindler says serves as a study of how people try to make sense of their past, and to look back on lost relationships.

Even though Schindler now resides in Los Angeles, he still considers the greater Riverdale area his home. His old neighborhood, he said, was a place where he could walk into local  bars and always see a familiar face.

Schindler’s working on a new novel, “High Desert High” which he hopes to release in the fall. It’s about a fed-up New York cop who abruptly retires and winds up in the California high desert. There strange things happen to the point where he wonders what’s real.