Sewing a successful pandemic-era side hustle 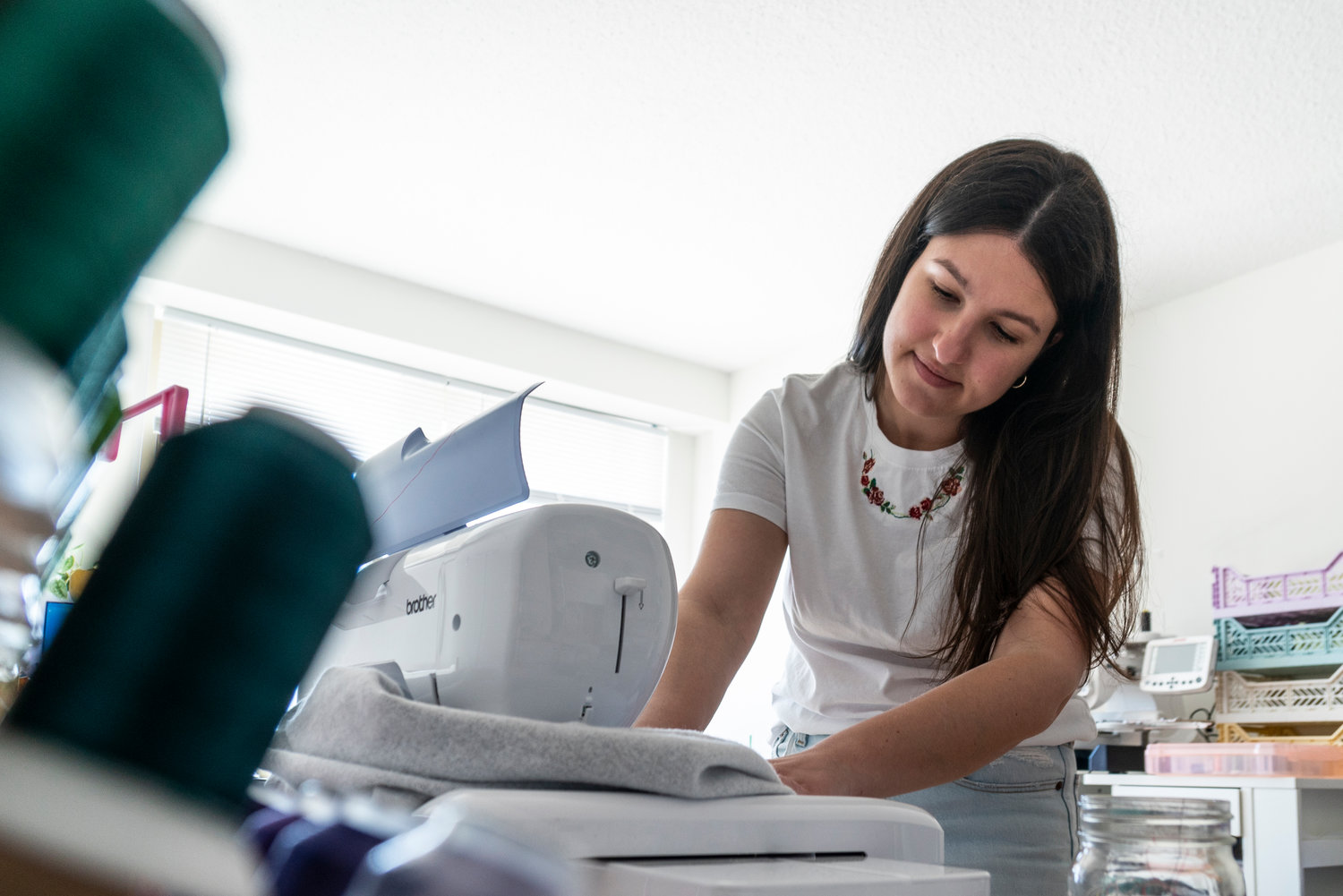 When the coronavirus pandemic hit, Jenna Postiglione knew nothing about embroidery. Now she runs her own Etsy store called Sun of a Stitch, where she sells custom-embroidered clothing.
HIRAM ALEJANDRO DURÃN 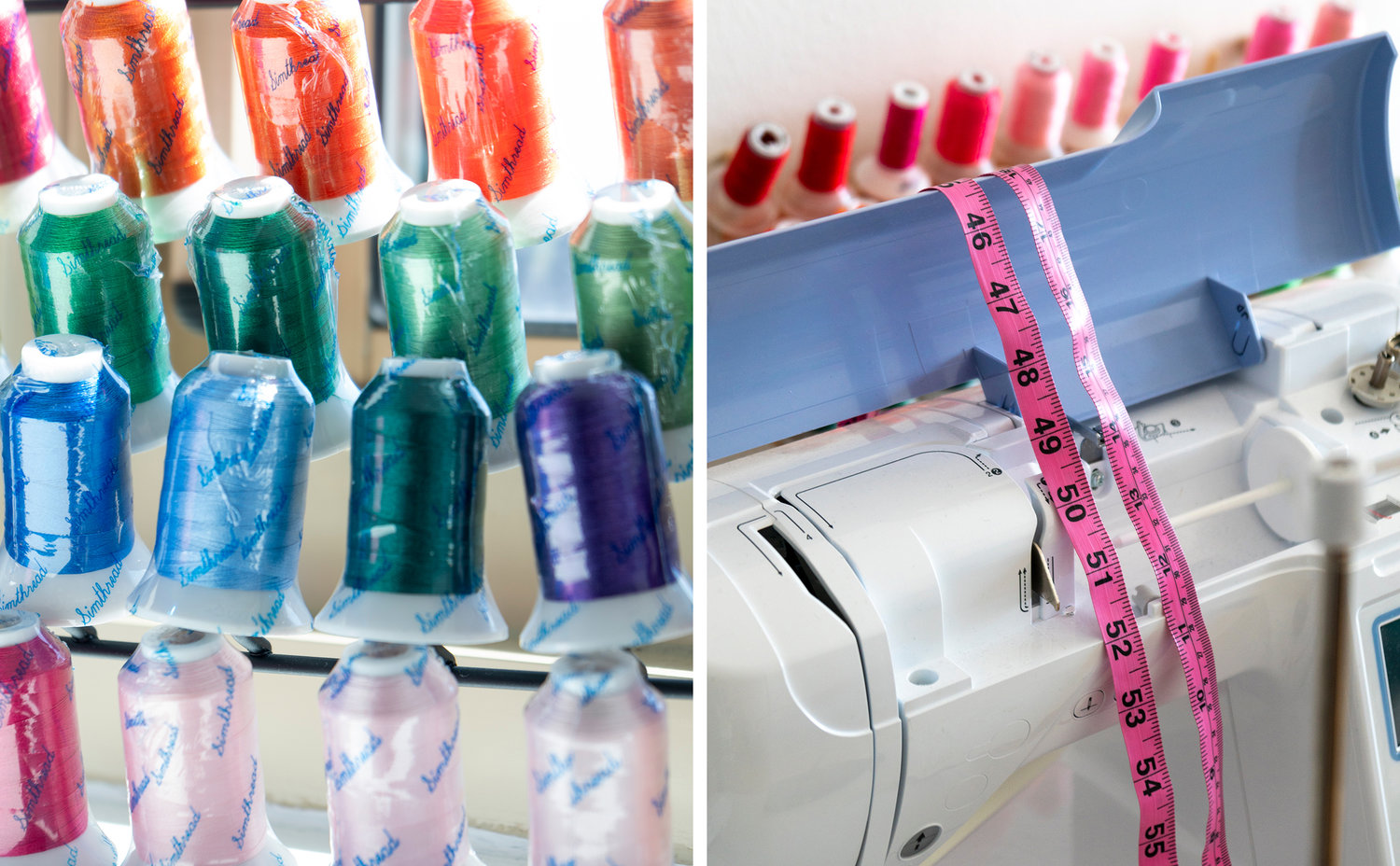 A search on the Riverdale community Facebook page brought Jenna Postiglione to Samantha Dean, who was selling her mother’s sewing machine. Postiglione bought the machine and used it to start her own embroidery business on the Etsy website.
HIRAM ALEJANDRO DURÃN/ Illustration 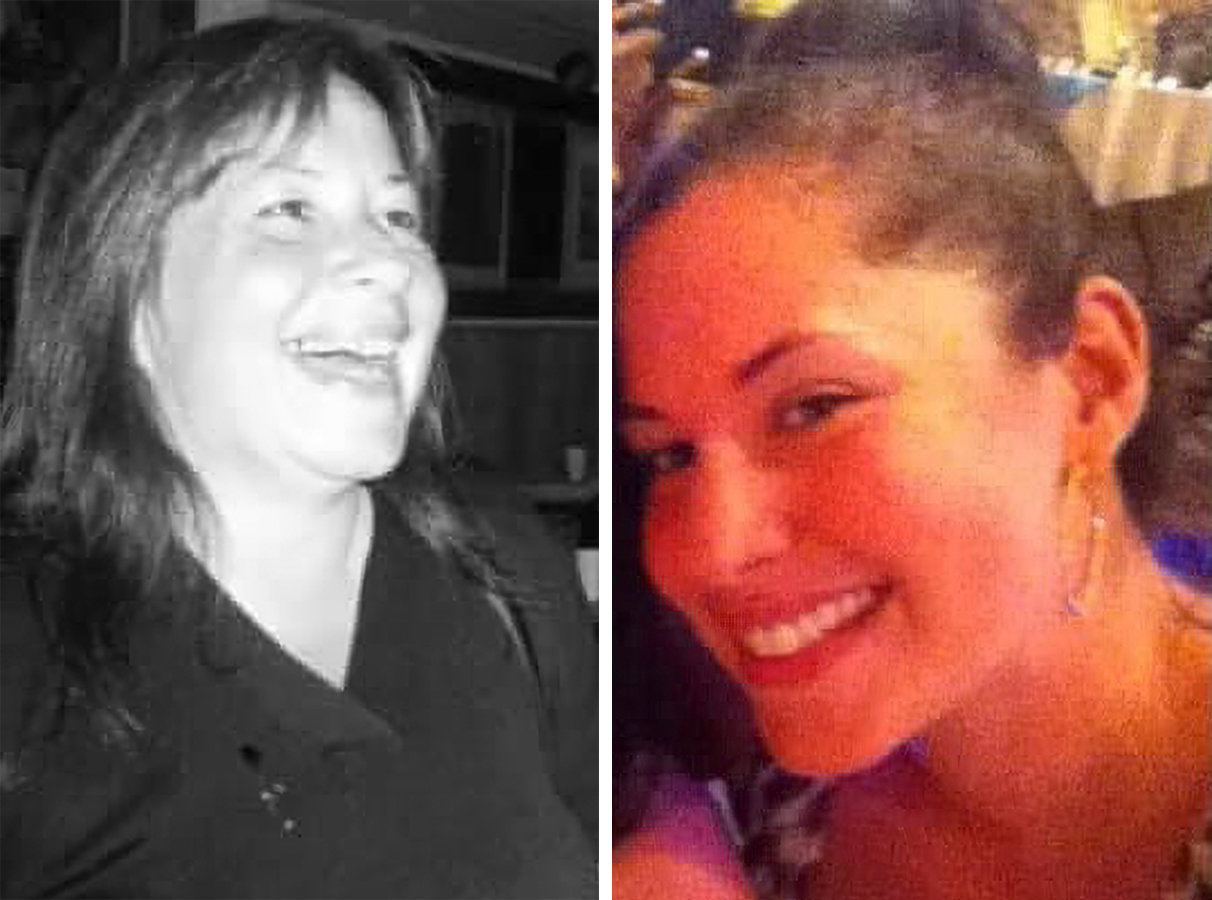 Samantha Dean says she’s happy Jenna Postiglione bought the sewing machine that once belonged to her mother, Doreen Provenza, who used it to start an embroidery shop on the Etsy website. Dean says she feels like her mother is living on through Postiglione’s work.
Illustration courtesy of Samantha Dean
Previous Next
Want to own a little embroidery?

Visit Jenna Postiglione’s Sun of a Stitch shop at Facebook.com/SunOfAStitch

When the coronavirus pandemic hit last year, industries across the city suffered major financial losses. And many of their workers worried about staying employed.

Jenna Postiglione was one of those people.

“I was kind of looking at the real estate world around me and getting a little bit nervous at the start of the pandemic, wondering what my job security would be,” said Postiglione, who works as a commercial real estate analyst. “So, I was thinking about some way to make money on the side, especially with the extra downtime, not commuting to the city every day.”

Postiglione happened upon a post in one of the Riverdale community Facebook groups from Samantha Dean, who was looking to sell her mother’s sewing machine. Dean’s mother — Doreen Provenza — was an avid sewer, who died from cancer last year. Parting with Doreen’s sewing machine was not easy. Dean and her three siblings wanted to ensure its next owner was someone who would take good care of it.

“It honestly wasn’t about the money,” Dean said. “It was more of just somebody that would really want to take on this machine and put it to good use.”

Postiglione knew exactly how she wanted to use Doreen’s machine: embroidery — the art of sewing designs onto fabric. Fast forward several months and the Spuyten Duyvil resident is now selling custom-made embroidered clothing in a store on the Etsy website called Sun of a Stitch.

It’s a business that’s become quite successful, even though she had never actually sewn or embroidered anything before last summer. But then again, like with Samantha Dean and her mother Doreen, there was some family history. For Postiglione, three of her grandparents spent their lives behind sewing machines working as seamstresses.

“So, every time my mom walks into my workshop, she gets all teary eyed because she’s like, ‘I just can’t believe that someone’s picking this up,’” Postiglione said. “Because it skipped a generation between my grandmother and my mom.”

Postiglione wasn’t going to let this art become a lost one for her family. Once she bought Doreen’s machine, she taught herself how to embroider by watching hours of instructional YouTube videos. She also connected with a network of embroidery hobbyists from around the country who gave her advice on best practices and where to buy equipment.

As Postiglione became more skilled with the sewing machine, her family and friends encouraged her to take the next step and start a business. So she opened an Etsy store and ran it out of the apartment she shares with her partner — who has stayed supportive even as sewing materials took up more and more space in their home.

Postiglione really found success in the weeks leading up to Christmas as she was bombarded with orders, and it’s what ultimately put her business on the map. Now she tries to ship out between three and five orders every day.

“I’ve gotten very friendly with my postal worker at Knolls Crescent,” she said. “I’m always just walking over there and dropping off a few packages.”

As Postiglione’s business grew, so did her need for space. She and her partner moved into a two-bedroom apartment, where one of the bedrooms became her studio. That allowed her to scale up from one sewing machine to three, including a commercial-grade machine that uses seven needles instead of one.

“It’s one of those things where if you told me it a year ago, I never would’ve believed you that I lived in a two-bedroom and was able to make up the rent in our sales,” she said.

Because Postiglione held onto her day job, and doesn’t need to live off of her sales, she donates a portion of the proceeds to activist organizations she cares about. These social causes inspire a lot of the designs she chooses to embroider, she said. For instance, she designed a sweatshirt with a “Riverdale” logo and has donated the proceeds to the Bronx community hunger organization Part of the Solution.

However, Postiglione also takes custom orders from people who message her on Etsy with specific design requests.

One of Postiglione’s most popular designs is one depicting Vermont Sen. Bernie Sanders wearing mittens and a face mask — inspired by a viral photo of Sanders taken at President Joe Biden’s inauguration last January. Proceeds from that design helped Citymeals On Wheels.

It’s this kind of work that convinced Dean that Postiglione honors her mother’s legacy.

“It’s really a nice way to just feel like my mom is living on through (Postiglione), which is amazing,” Dean said. “I honestly could never have imagined her taking this machine and just doing so many wonderful things with it. It’s really beautiful what she’s done.”

Postiglione has remained good friends with Dean since the purchase, and has frequently made embroideries for Dean’s family since.

And Postiglione has found other ways to express gratitude to those in the community. For example, she designed a shirt featuring a U.S. Postal Service truck with the words “thank you” to honor the postal workers who delivered absentee ballots in the 2020 presidential election. She then found out Doreen had worked for the USPS for more than 20 years delivering mail out of the Riverdale Avenue post office.

“It was really sweet to find out that I was mailing all these ‘Thank You, USPS’ shirts all across the country,” Postigliono said, “made on a machine from a woman who served as the local post office woman for so long.”

Although she’s not leaving commercial real estate anytime soon, Postiglione says she wants to grow her embroidery business locally by selling her wares at neighborhood haunts like coffee shops and the Sunday Market at The Riverdale Y.

“What the future holds, I’m not sure,” Postiglione said. “But I would love to grow the business as much as possible.”