Shelter operator yet to comply with contracting rules

AAPCI reportedly still has family of its CEO working at organization 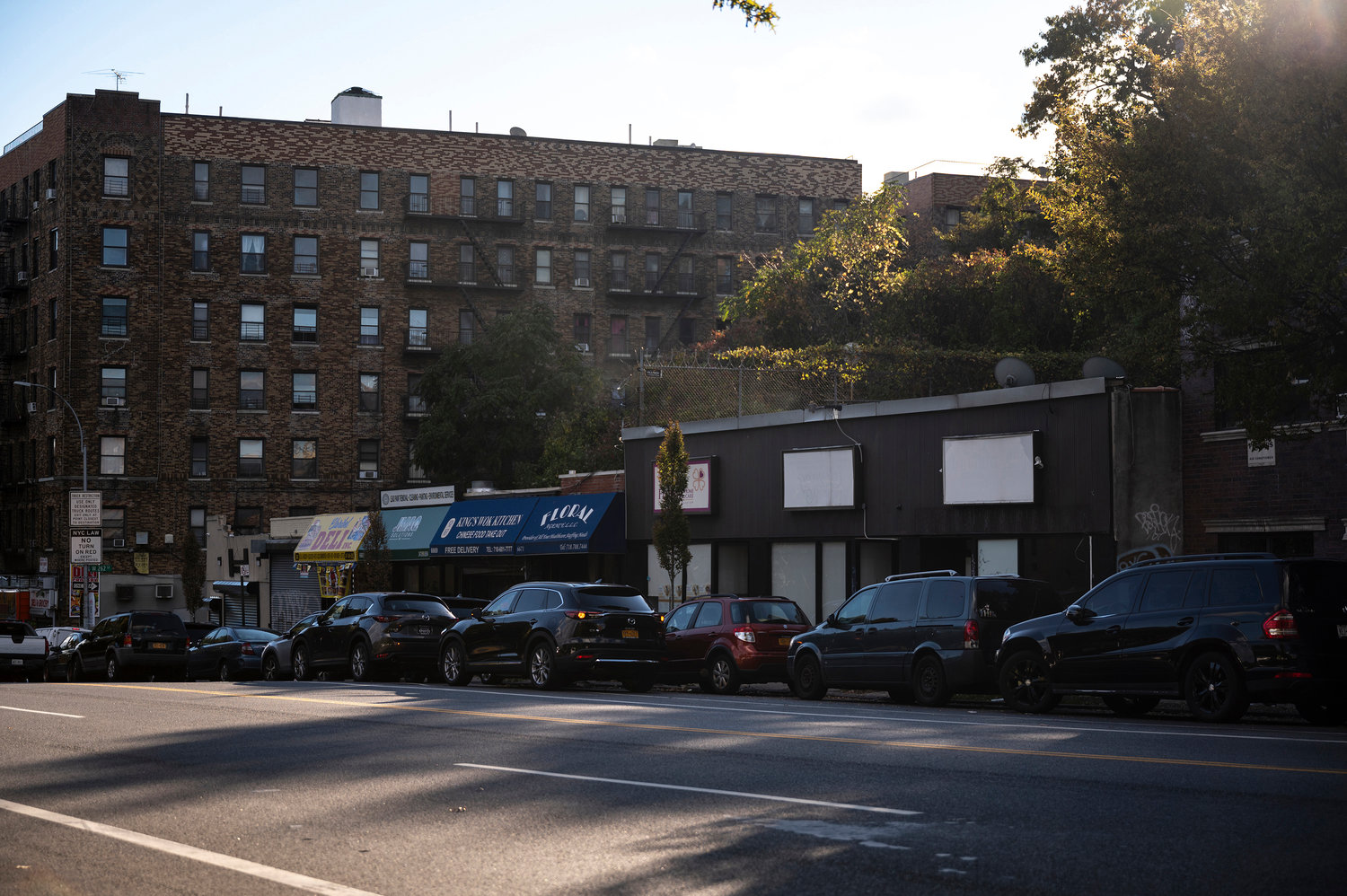 Community members vented concerns about a proposed men’s homeless shelter at 6661 Broadway during a city contract services hearing last month. They are now reaching out directly to Mayor Eric Adams office to see if the new mayor will quell the deal in light of new unethical allegations made against the shelter’s provider the African American Planning Commission Inc.
Hiram Alejandro DurÃ¡n 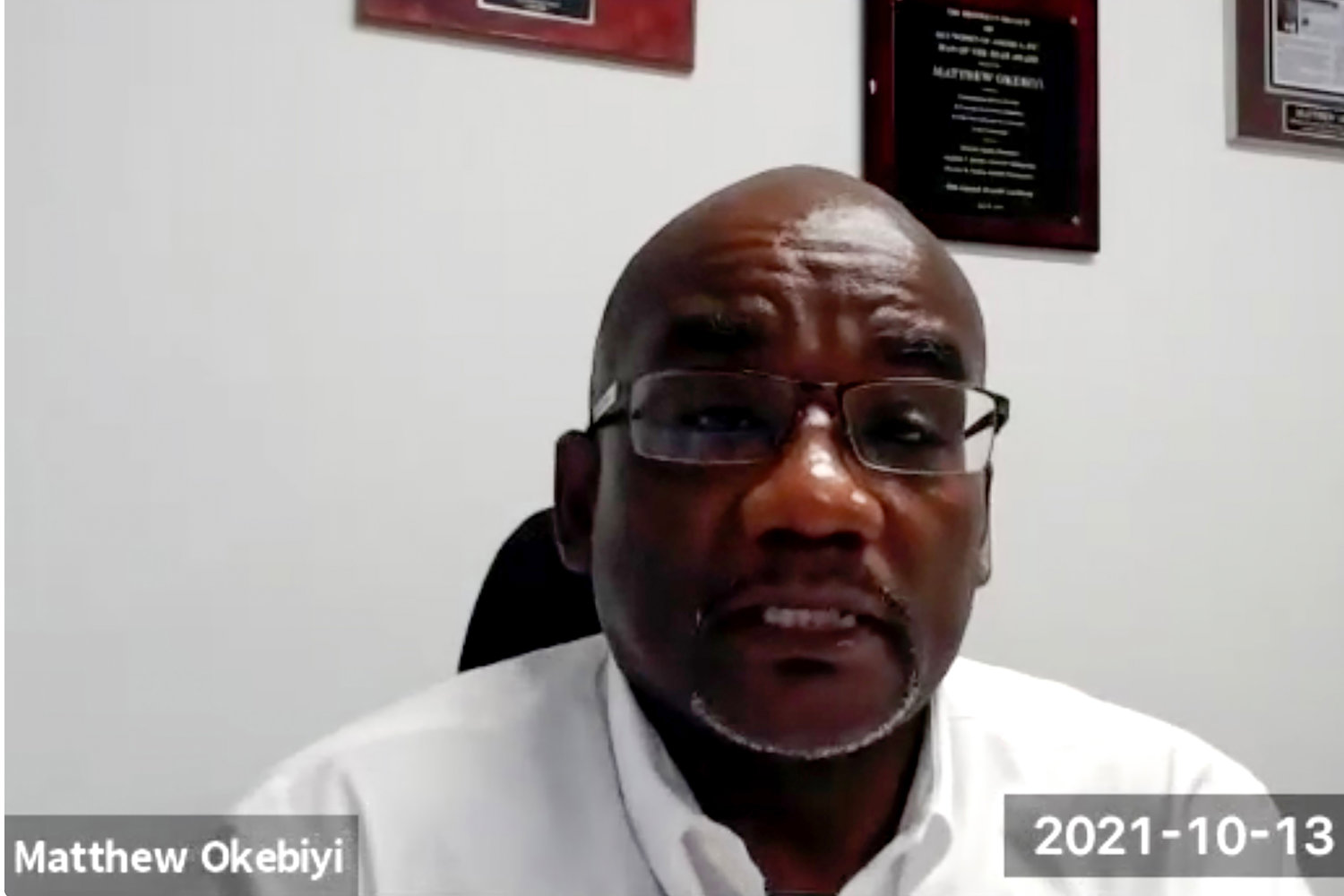 Matthew Okebiyi – founder and chief executive of the African American Planning Commission Inc. — the nonprofit city officials chose to build and operate a proposed men’s homeless shelter at 6661 Broadway – faces new allegations of nepotism and unethical practices, including contracting out services to organizations he and his brothers have founded.
Courtesy of NYC Bronx Community 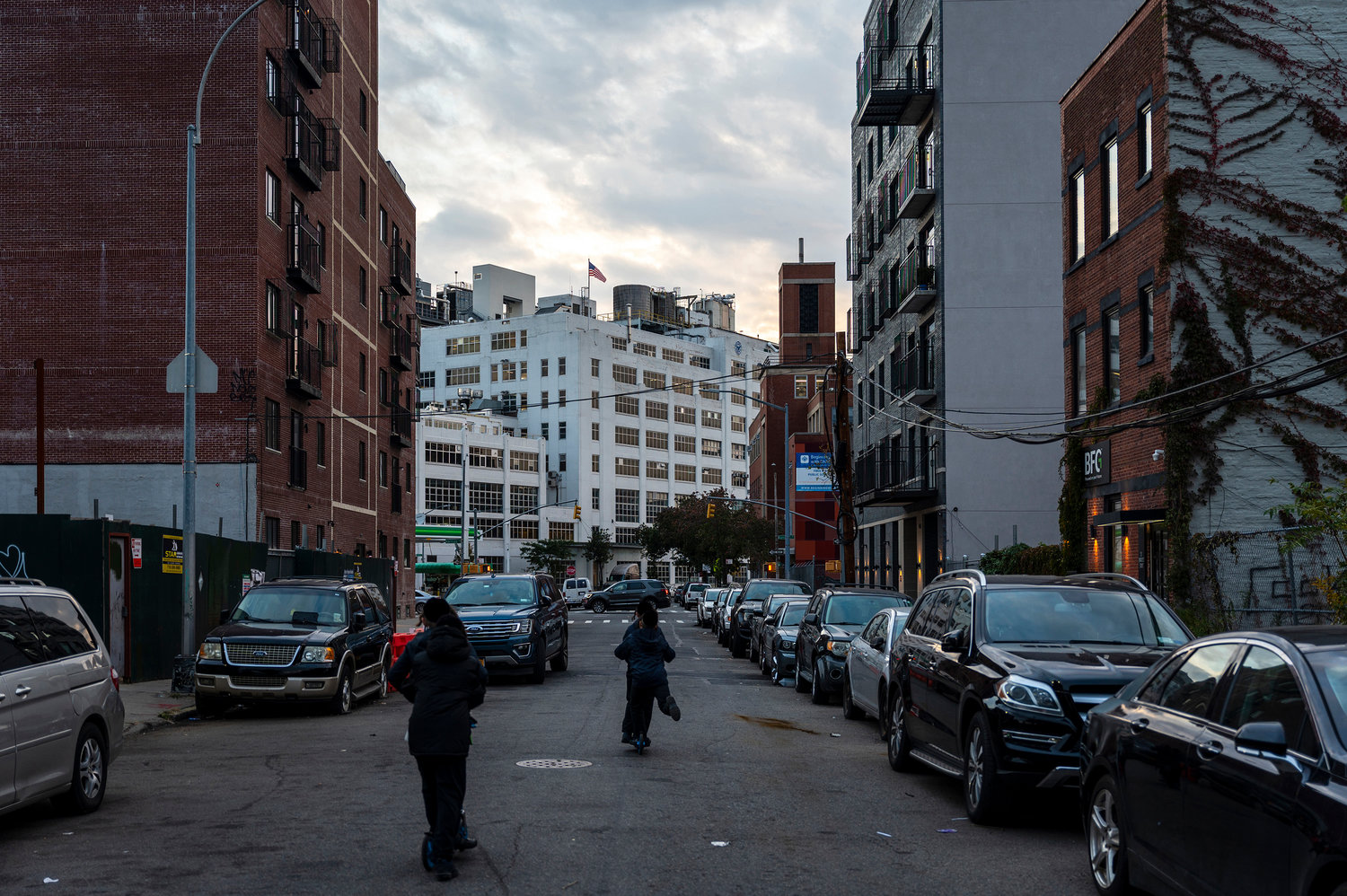 The African American Planning Commission Inc. is a Brooklyn-based non-profit operating several homeless shelters across the city including two servicing domestic violence victims and their children. City officials chose AAPCI to build and operate a single men’s homeless shelter at 6661 Broadway just south of the Yonkers city line. However, new allegations of nepotism may put the contract in jeopardy.
Hiram Alejandro Durán
Previous Next
Support journalism

When city officials raise concern over a city contractor’s business practices, it’s usually in the best interest of said contractor to address those concerns.

However, in the case of the African American Planning Commission Inc., a social service provider for homeless shelters, city officials are questioning just how serious the organization is taking its concerns.

According to a New York Times story, the organization is under review by the city Department of Investigation for its unethical practices of nepotism and conflicts of interest.

It’s the latest debacle since plans for the shelter were first announced in October that has members of Community Board 8 irate over the unethical practices of AAPCI.

“It is very clear to us that this contract was (given) without adequate investigation, with a failure of due diligence, and was probably the result of a political favor,” said Charles Moerdler, CB8 land use committee chair. “It is improper. It is something that requires an even greater investigation. This raises more questions than I’ve seen in any other comparable facility.”

It had previously been revealed that the city’s social services department asked the non-profit’s chief executive, Matthew Okebiyi to cut business ties with his family last fall, according to the report.

Okebiyi hired his brother, Raymond, and sister-in-law, Dr. Onyekwere Onwumere, who had been employed as both the chief financial officer, and members of the board of directors, respectively. Raymond had initially been hired as the organization’s accountant in 2003 before moving up to chief financial officer — making a whopping $274,000 annual salary.

However, new allegations about the social service provider’s dealings have members in the community up in arms.

According to reports, the city is also investigating AAPCI for hiring a consulting firm, Okayson Consultants, Okebiyi’s brother Raymond founded years ago, for technology services.

Raymond has previously been employed by the city as an accountant for the Department for the Aging from 1991 to 1996, and Principle Administrative Associate Department of Finance the year before that.

However, the nepotism didn’t end with Raymond. In fact, another Okebiyi brother, Michael, benefitted from his brother’s organization. In 2012 — his organization – an athletic shoe company — was contracted to provide tech support to AAPCI, making less than $20,000 a year. The payments in that deal ended in 2016, according to the Times.

The non-profit also hired Okebiyi’s nephew Marcus as a worker in 2020.

Additionally, Lafayette Consultants — a firm founded by Okebiyi — was hired to provide tech consultancy as well, according to the Times investigation. AAPCI stopped making payments to the organization in 2019.

After the Times’ report, Laura Spalter, chair of CB8, was compelled to send a letter to Mayor Eric Adams office asking him to investigate the matter.

“It is our sincere hope that the Adams administration will uphold the public trust and send the message that the City is cracking down on corruption within this $2.6 billion shelter system,” Spalter said in the letter.

The letter is a follow up to one of many CB8 has sent out to elected officials and other government agencies including the DOI, which Spalter reached out to in December.

But the concern isn’t just coming from members of the community board.

Following the New York Times story, Yonkers Mayor Mike Spano sent a letter to Mayor Adams raising concern about the shelter’s placement,  which puts the homeless facility less than a block away from the Westchester/Yonkers border.

For Mayor Spano, Yonkers is already dealing with an influx of shelters within the proximity of the new proposed one.

The Yonkers Police Department already receives numerous quality-of-life complaints related to its own homeless population, according to the city’s mayor.

“We are fearful that (the) new Bronx shelter will lead to additional engagements and increased calls for police service in our sectors adjacent to NYC as well as within our South Broadway business corridor, which is located steps away from this proposed shelter,” Spano said. “Ultimately, (this) would have the same effect on us as if it were located in our city.”

Mayor Spano is worried the placement would cause staffing issues with the Yonkers Police Department, fearing an increase in personnel would be needed at the city’s border.

The South Broadway business corridor is still recovering from the pandemic, according to the mayor.

Spano also pointed out that there are two schools that are within walking distance of the shelter (P.S. 27 and Rising Ground children and family services) the Uptown Sports Complex, a gymnastics center that holds an after-school sports program.

While that contract was approved by the Mayor’s Office of Contract Services late last year, a spokeswoman for the comptroller’s office told The Press they had yet to receive it.

It’s been over a year since city officials have begun investigating AAPCI for nepotism and unethical practices of hiring family members of its chief executive to high-ranking positions.

But in an email to The Press, a spokesperson for the city’s social services department said the agency directed  AAPCI to provide them with the required transition plan, which didn’t require the organization to terminate Raymond immediately.

The corrective action plan would “also require additional financial reviews and board restructuring, while directing AAPCI to hire a compliance officer, which will also help resolve any subcontracting questions,” Neha Sharma, the DSS press secretary, said.

Spalter now wants to see city officials reconsider AAPCI’s contract as well as the placement of the shelter.

“We’re advocating for our community because we feel that this is not a good beginning with this not-for-profit” organization, Spalter told The Riverdale Press.

While the social service provider’s contract has been approved by MOCS late last year, a spokesperson for the city comptroller’s office said the contract has not yet been sent over to Brad Lander’s office.