Shelter reps are a no-show at CB8 land use meeting 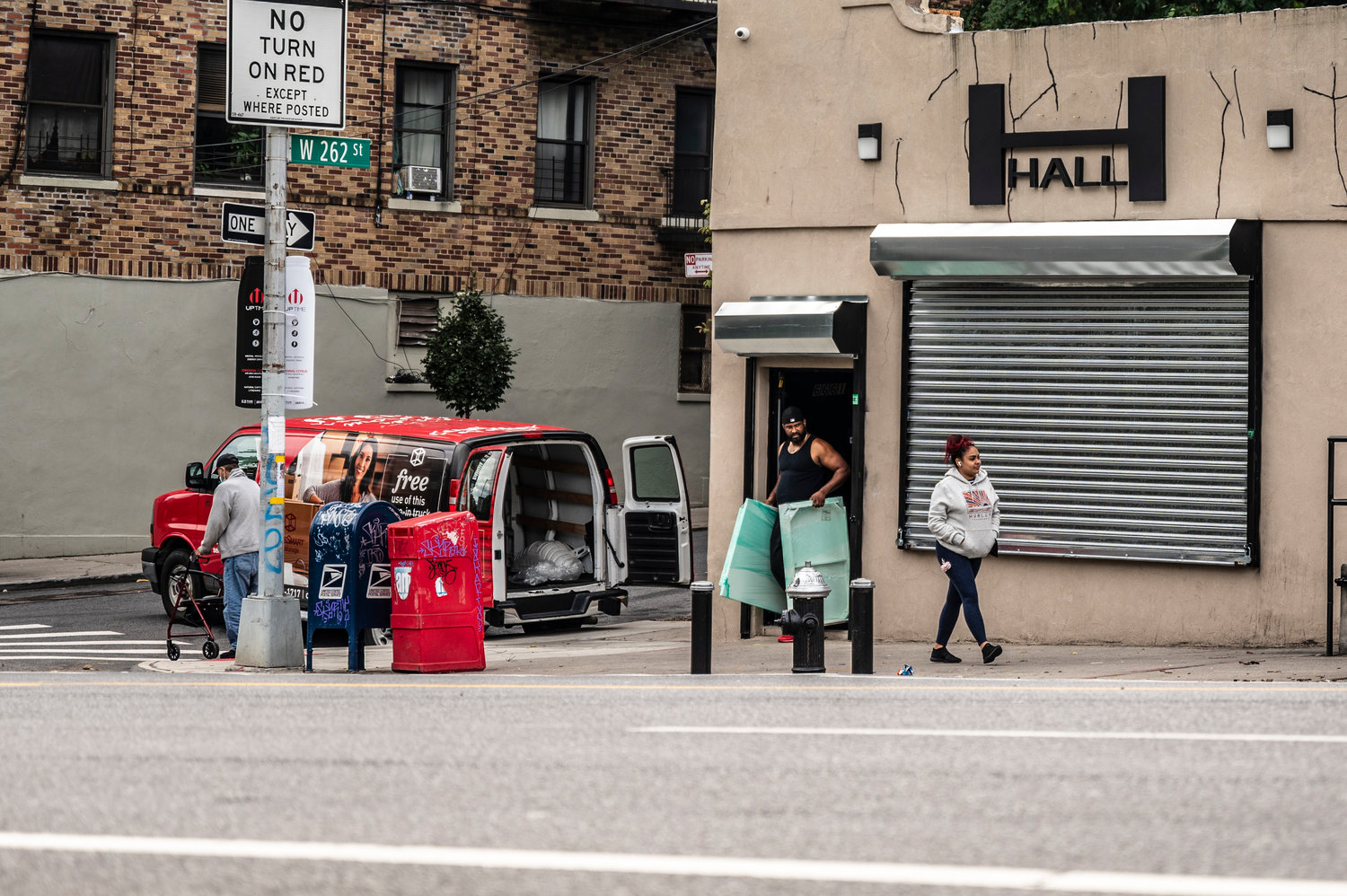 Neighbors and Community Board 8 members expressed frustration with the noted absence of city administrators at Monday’s land use committee meeting that was slated to discuss a proposed men’s shelter at 6661 Broadway.
HIRAM ALEJANDRO DURÁN
Support journalism

Discussing those experiencing homelessness is starting to become a monthly activity with Community Board 8 — this time with Charles Moerdler’s land use committee having a go at the city’s proposed men’s shelter at 6661 Broadway.

The only difference between Moerdler’s committee and Omar Murray’s health and hospitals committee — which discussed details about the shelter in its October meeting —was that it took place without a single representative from the city’s social services department, or the nonprofit agency tasked with running the shelter once it’s built: the African American Planning Commission Inc.

Others were not as amused by the city’s absence, expressing as much during the meeting’s public comments.

“Non-attendance is inexcusable,” said Rosemary Ginty, the board’s most recent past chair. “This is an important issue for this community, and for the agency not to show up is inexcusable.”

CB8 current chair, Laura Spalter, said the agency sent their regrets for not attending Moerdler’s meeting, but promised to attend a future land use committee hearing For now, however, those officials said they had nothing new to share with the board about 6661 Broadway — expected to house as many as 130 single men.

Murray, who had a chance to interact with city officials in his health and hospitals committee meeting last month, said the city skipping land use was short-sighted, especially since Moerdler’s committee “is different” from his.

“They should have at least come tonight to talk to the community and hear what the community has to say,” Murray said. “They are stonewalling us.”

Moerdler had hoped to take a deep dive into exactly what kind of physical facility the city had planned for that small stretch of Broadway just south of the Yonkers city line. Murray’s committee focused on safety and security, but Moerdler’s was all about the dirt, bricks and mortar, as well as how construction of the shelter would be financed.

Assemblyman Jeffrey Dinowitz visited the area where the city wants to build the shelter — Spencer Terrace — and says he wasn’t impressed. Or convinced.

“That does not look like a smart place to do major construction to me, Dinowitz said.

“And I really think that that in and of itself is an issue, which has to be very extensively looked into before anything can ever be done at the site. We don’t need a repeat of what happened on Riverdale Avenue 20 years ago.”

What happened was the collapse of the stone retaining wall that stretches up the hill along Riverdale Avenue from West 231st Street after a developer reportedly attempted to construct a building on Irwin Avenue, which sits at the foot of a hill.

“My comment at the time was, ‘Boy, they’re getting awfully close to that retaining wall,’” Dinowitz said.

While no one died or was seriously injured in that incident, it took nearly three years for that stretch of Riverdale Avenue to be fully repaired and restored.

Eli Evary, who lives along West 262nd Street not far from the proposed Broadway shelter, is concerned façade construction could threaten the structural integrity of his two-family home, which sits next to bedrock developers may seek to remove.

If the city did that, Evary said, it would mean the shelter would sit directly upon his property.

“If they excavate the rock, the foundation will be gone and eight houses will collapse,” Evary said. “I mean, you’d have to have an extensive engineering study (done), because we already have a problem.”

Evary wasn’t the only one with those concerns. Leslie Hogan, who sits on the board for a co-op at 6485 and 6495 Broadway, talked about how much she believed the shelter’s location could stretch capacity limits on the city’s sewage system in North Riverdale.

“Nothing can be built on Broadway north of Mosholu Avenue because of the infrastructure of the sewer system on Broadway,” Hogan said, adding that those issues become exacerbated because of Broadway’s downward slope from Carroll Avenue in Yonkers.

According to Hogan, the city’s sewer system was laid down between 1850 and 1902 as a reaction to cholera epidemics in the area — caused by the inadequate disposal of human waste and other runoff sediments.

“The sewer system on Broadway built during that time lacks the infrastructure to correlate with adding one more toilet, one more tub, one more faucet on Broadway,” she said.

Hogan, who has lived in the area for nearly a half-century, also pointed out the extensive damage the area suffered during two massive storms this past summer.

“The manhole covers on Broadway, from (West) 260th Street to Mosholu Avenue, blew up and landed five feet away from the holes because of sewer pressure,” she said. “In the first-floor apartments of all five buildings from Mosholu Avenue to West 260th street, the toilets overflowed and flooded the apartments with up to one foot of raw sewer water.”

Since 1929, some 20 buildings have been developed — all with plumbing feeding into the same three-inch sewer system, Hogan said, including a dozen three-story buildings developed more than a decade ago that sit above the West 262nd.

“Such over-construction has severely overtaxed that 100-year-old infrastructure,” she said, “and is causing a health hazard to the toddlers and the senior citizens who live in the apartments that get flooded at the bottom of the Broadway hill.”

City officials hope to have the 6661 Broadway shelter up and running by 2023.