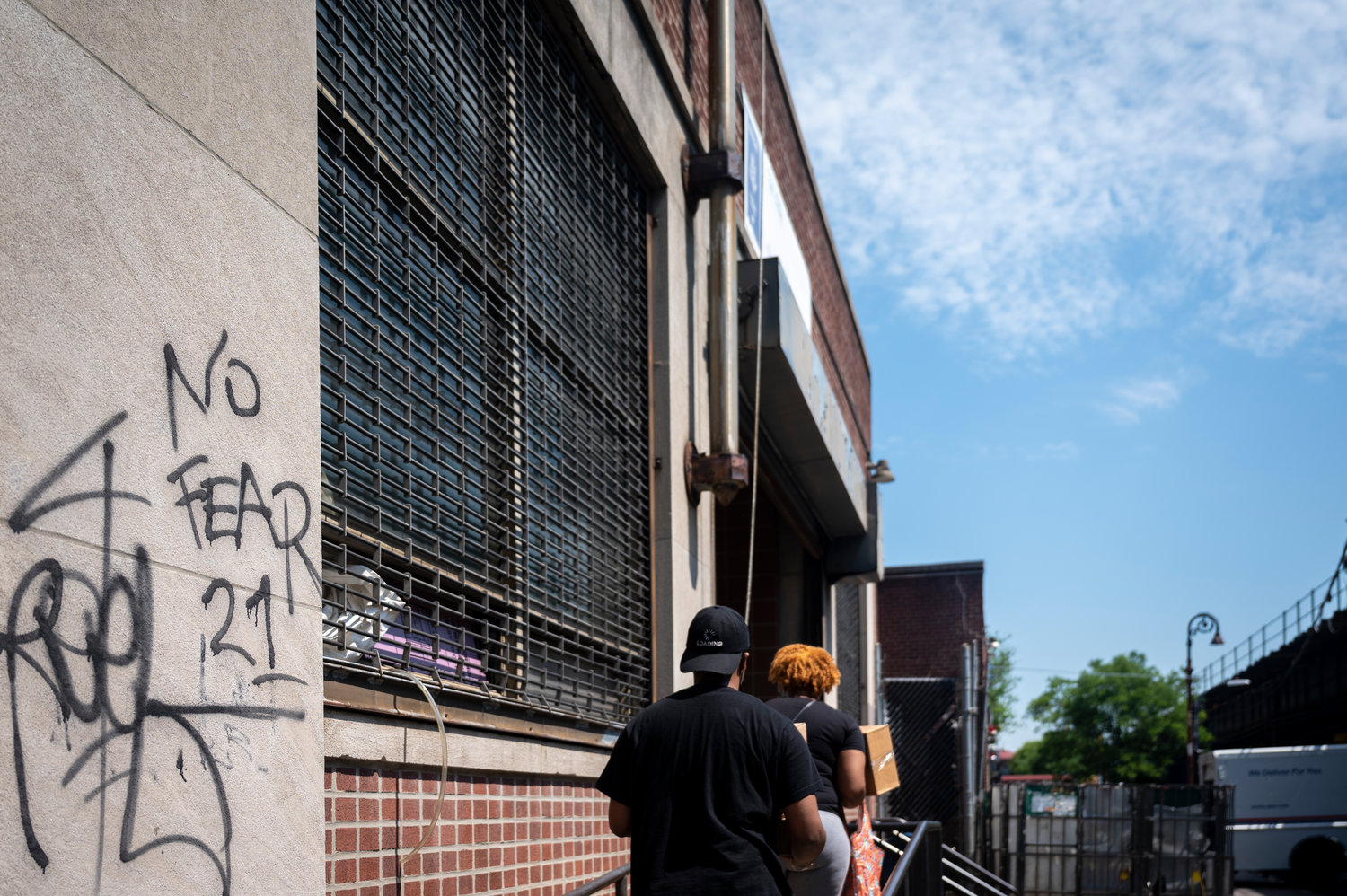 The exterior of 5517 Broadway where a commuter in a Mercedes-Benz was fired at five times.
HIRAM ALEJANDRO DURÃN
By ETHAN STARK-MILLER

Gunfire erupted in front of the 5500 block of Broadway on May 22.

Police say someone fired off approximately five rounds toward a Mercedes-Benz around 5:30 p.m., injuring the leg of a passenger inside.

The shooter ran off down West 230th Street while the car’s passenger was taken to a nearby hospital.

Police have some solid leads on this shooting, they said. They recovered several shell casings at the scene, and found bullet holes in a UPS truck parked nearby. The incident also was caught on camera.

Authorities describe the shooter as a Black man, around 20, weighing 160 pounds. He was wearing a gray hooded jacket, gray sweatpants, and white sneakers.

There’s almost no feeling worse than looking at your bank account to find more than $1,000 missing when you never withdrew that money. Unfortunately, that’s what happened to one man sometime between April 19 and April 22.

The man was expecting a new debit card to arrive in the mail from KeyBank, police said, but never received it. However, to his surprise, the card somehow activated itself and withdrew $1,100 from his account.

Police know it’s not magic and that someone must have intercepted the man’s bank card. Still, they have few leads as detectives continue looking into it.

Stealing jewelry off someone on the street can be a tricky bet, because a criminal never really knows the value of what they’ve taken.

But that gamble paid off for one robber May 23 after he stole $63,000 worth of bling from an unsuspecting pedestrian.

It all took place on West 197th Street and Reservoir Avenue around 8 p.m., according to a report. The victim told police someone came from behind and pushed him, before pressing a silver-and-black gun to the back of his neck.

The robber then reportedly said, “You know what time it is,” before ripping off his necklace, bracelet, and three $100 bills. With loot in hand, he ran down Reservoir toward Sedgwick Avenue.

Police found no witnesses of the attack, but say they have some solid leads thanks to camera footage.

They describe the robber as a 30-year-old Black man who’s 5-foot-8 and weighs 190 pounds. He was wearing a black baseball hat, jacket and sneakers.

It’s hard not to draw the conclusion that Honda CR-Vs are very easy to break into after months of the SUVs being stolen. And like clockwork, police report at least two more CR-V thefts in recent weeks.

The first incident took place opposite the 2500 block of Independence Avenue sometime between May 18 and May 22. According to a report, the victim parked around 4 p.m., returning five days later to find it missing. The 2019 CR-V was valued at $29,000.

The second theft took place near the 700 block of Kappock Street — a story almost identical to what happened on Independence. Here, police said the victim parked his 2016 CR-V around 8 p.m., on May 27, returning the following morning to find it missing.

The 50th Precinct has few leads on either case. There were no cameras or broken glass, and ultimately not much for investigators to work with.