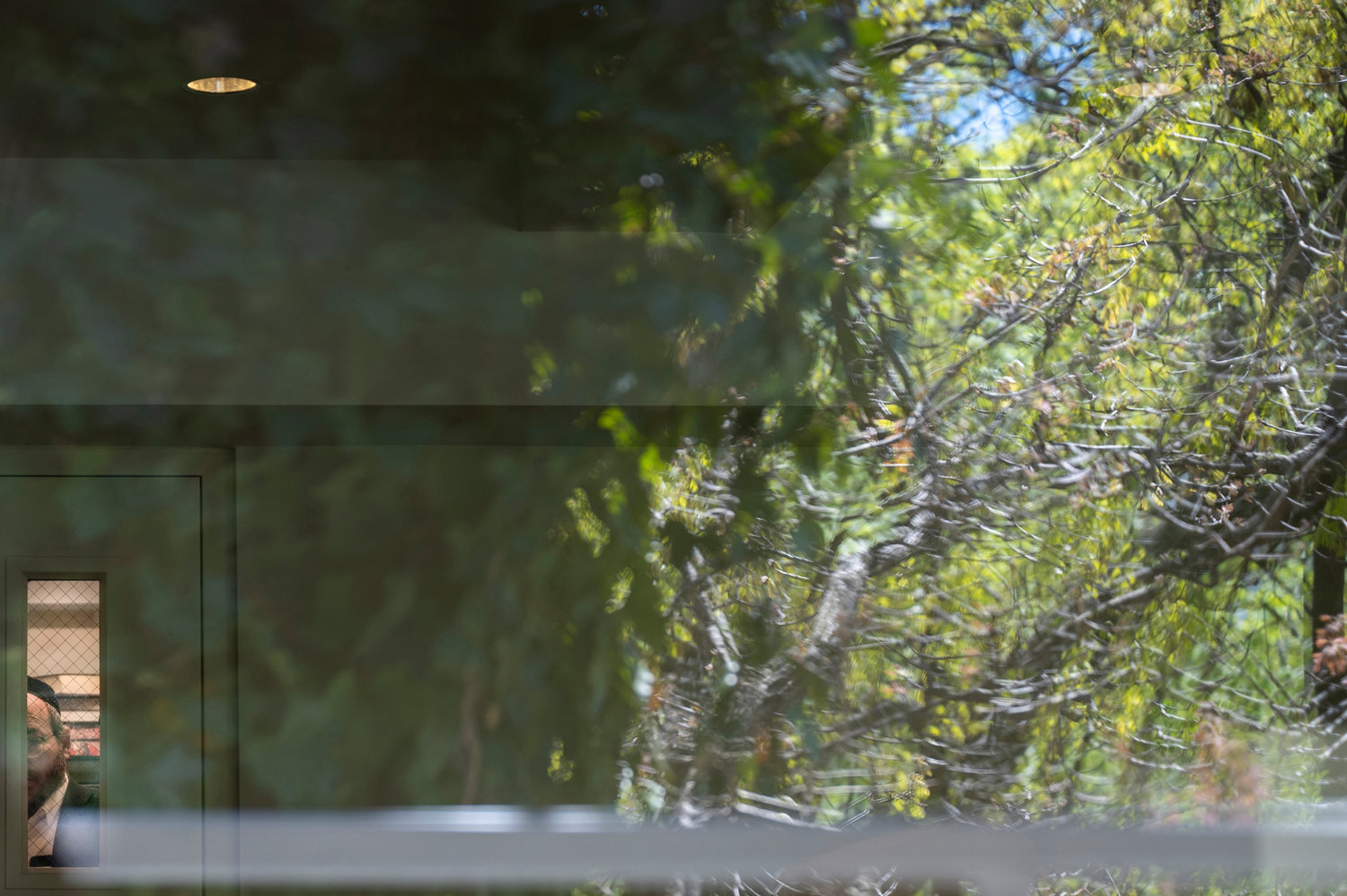 Young Israel of Riverdale was one of four synagogues targeted last year in what law enforcement officials labeled a hate crime. Jordan Burnette of Spuyten Duyvil faces charges in connection with that attack, and is scheduled for his next court hearing later this month as he slowly rolls toward trial.
Hiram Alejandro Durán 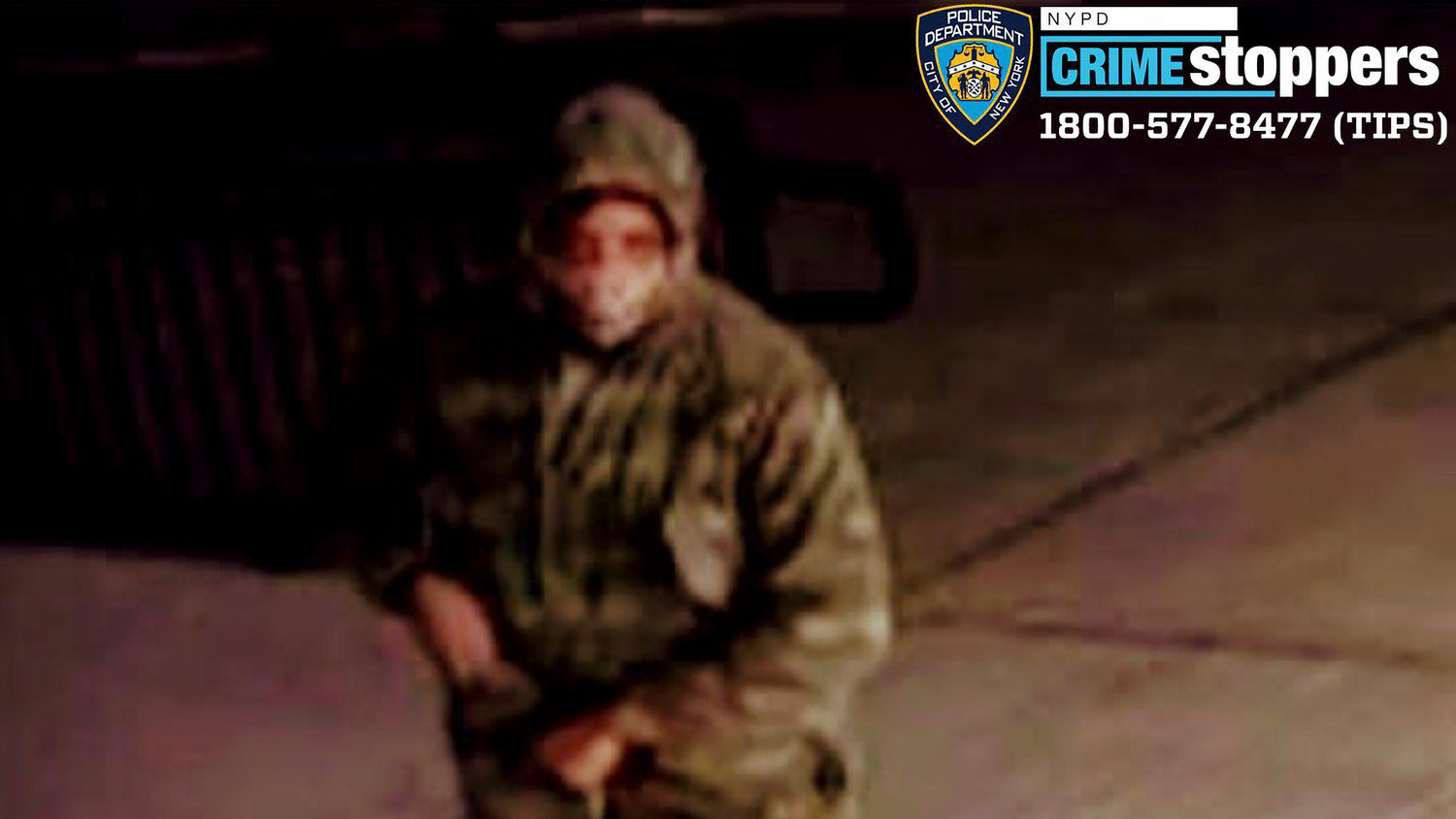 The man accused of throwing rocks at several synagogues in and around Riverdale last year, Jordan Burnette, is due back in court later this month. He faces a number of vandalism charges, which prosecutors are treating as hate crimes. 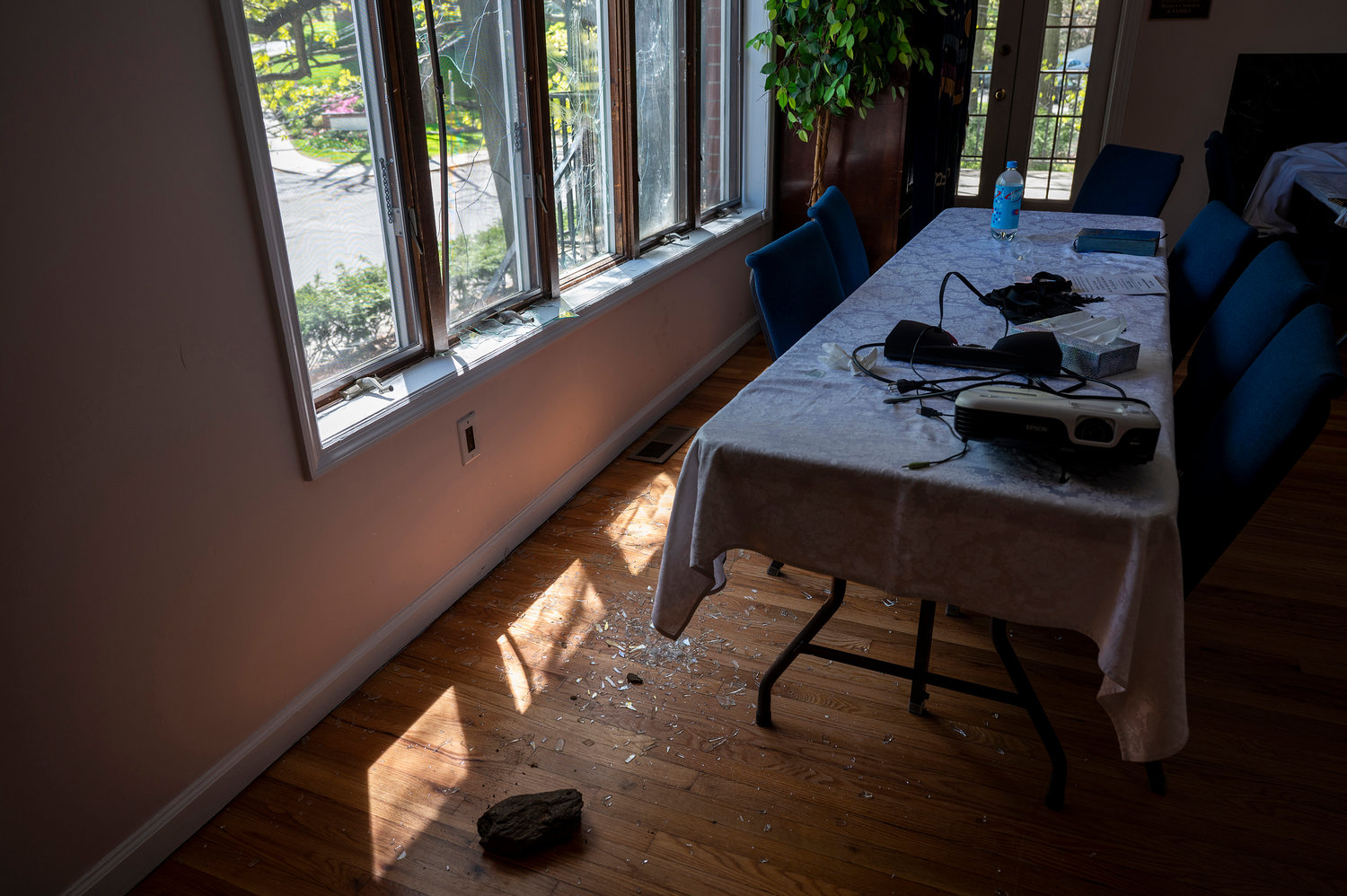 The prayer room window at Chabad Lubavitch of Riverdale was smashed by a vandal last year in what law enforcement officials described as a part of a series of hate crimes. Jordan Burnette has been charged with vandalizing this synagogue and at least three others — all within a short distance from his Spuyten Duyvil home.
Hiram Alejandro Durán
Previous Next
By SACHI McCLENDON

It’s been 11 months since synagogues in and around Riverdale were terrorized by a serial vandal who some described as quite angry after seeing him in released security camera footage.

Over the course of nearly a dozen days, the man shattered windows at four different synagogues, and destroyed Jewish prayer books as well. Prosecutors have charged a Spuyten Duyvil man, Jordan Burnette, with the attacks. And they’re looking to convict him of hate crimes.

But Burnette — who has pled not guilty to the charges — is discovering the wheels of justice don’t move swiftly. He’s set for yet another pre-trial hearing on March 22. There, his defense attorneys are expected to lay some of the groundwork for how prosecutors will ultimately try the case.

Neither Burnette, nor his attorney, Michael Nedick, returned requests for comment.

A grand jury indicted Burnette last October on a slew of charges related to vandalism and criminal mischief — many of which are being classified as hate crimes. If convicted at that level, Burnette could face more severe sentencing, which state law mandates for any crime that targets a protected minority class.

Bronx district attorney Darcel Clark told reporters last year she believes Burnette kicked off his crime spree by pulling a fire alarm at the Riverdale Jewish Center on Independence Avenue. She says he returned the next day to hurl rocks at the center’s doors and windows, shattering some in the process.

Burnette’s crime spree only came to an end after he returned to CSAIR to damage some religious texts, Clark said, and steal a bike stored in the synagogue’s shed.

“Those shameful incidents brought fear and terror to worshippers,” Clark said, at the time. “To our Bronx Jewish community, we support you and we are also horrified about those attacks. We live in a vibrant, diverse community, and we are united against these appalling acts.”

Although the vandal from last year’s attacks seemed to focus on one specific religious group, proving a crime was motivated by prejudice has been difficult for prosecutors — especially in the Bronx —in recent years. An analysis by the non-profit newsroom The City, reveals that just 1 percent of hate crime cases prosecuted by the district attorney’s office between 2015 and 2020 resulted in a conviction.

While a much higher percentage of people charged with hate crimes were successfully convicted of other charges, in most cases, the hate-crime component was dropped along the way.

As Burnette’s case winds its way through the courts, community leaders closer to home have discussed how to bring a swift end to these sorts of crimes. At a recent meeting for Community Board 8’s Special Committee on Racial Equity, Councilman Eric Dinowitz says he has a plan when it comes to the synagogue vandalism, and even the more recent spate of racist graffiti popping up in Spuyten Duyvil playgrounds. 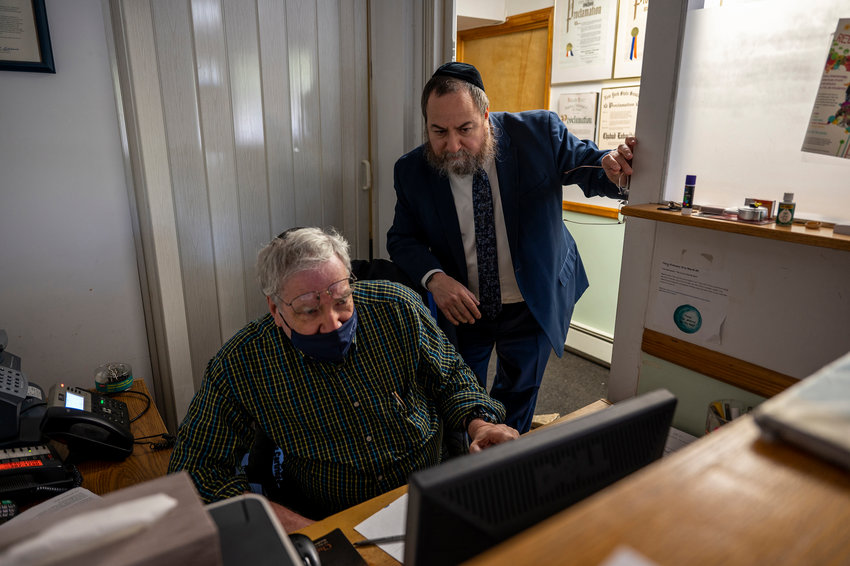 Rabbi Joseph Robinson, the community engagement director at The Riverdale Y, told the CB8 committee he has followed the Burnette case closely.

The April vandalisms were particularly rattling for the Jewish community, he said, as not one, but several, synagogues were targeted.

“It really strikes a chord,” Robinson said, “Are we next? Are we in danger? Should we be doing something different?”

But even in the light of such uncertainty, displays of strength may be required.

That’s the approach Rabbi Levi Shemtov took soon after the windows of his synagogue, Chabad Lubavitch, were smashed last year.

“With antisemitism on the rise, unfortunately some cowards, some deranged people, are just following along with other antisemites,” Shemtov said last April. “I just hope we catch them right away, and there are no copycats.”

Burnette was arrested soon after police say he made a return trip to CSAIR, where they claimed he stole a bicycle from a storage shed, and damaged a number of religious books that had been kept there. Cops hit him with 42 charges, but his indictment six months later was a 76-count indictment, primarily for criminal trespass, criminal mischief, aggravated harassment, burglary and petty larceny.

After Burnette’s arrest, CSAIR rabbi Barry Dov Katz told his congregants it was important for them to “continue living proud and joyful Jewish lives.”

“We are a strong community, and this was a horrible attack that feels like a violation of our sacred place,” the rabbi said. “So that’s the response to hate. To people who might want you to not be who you are. To celebrate that.”