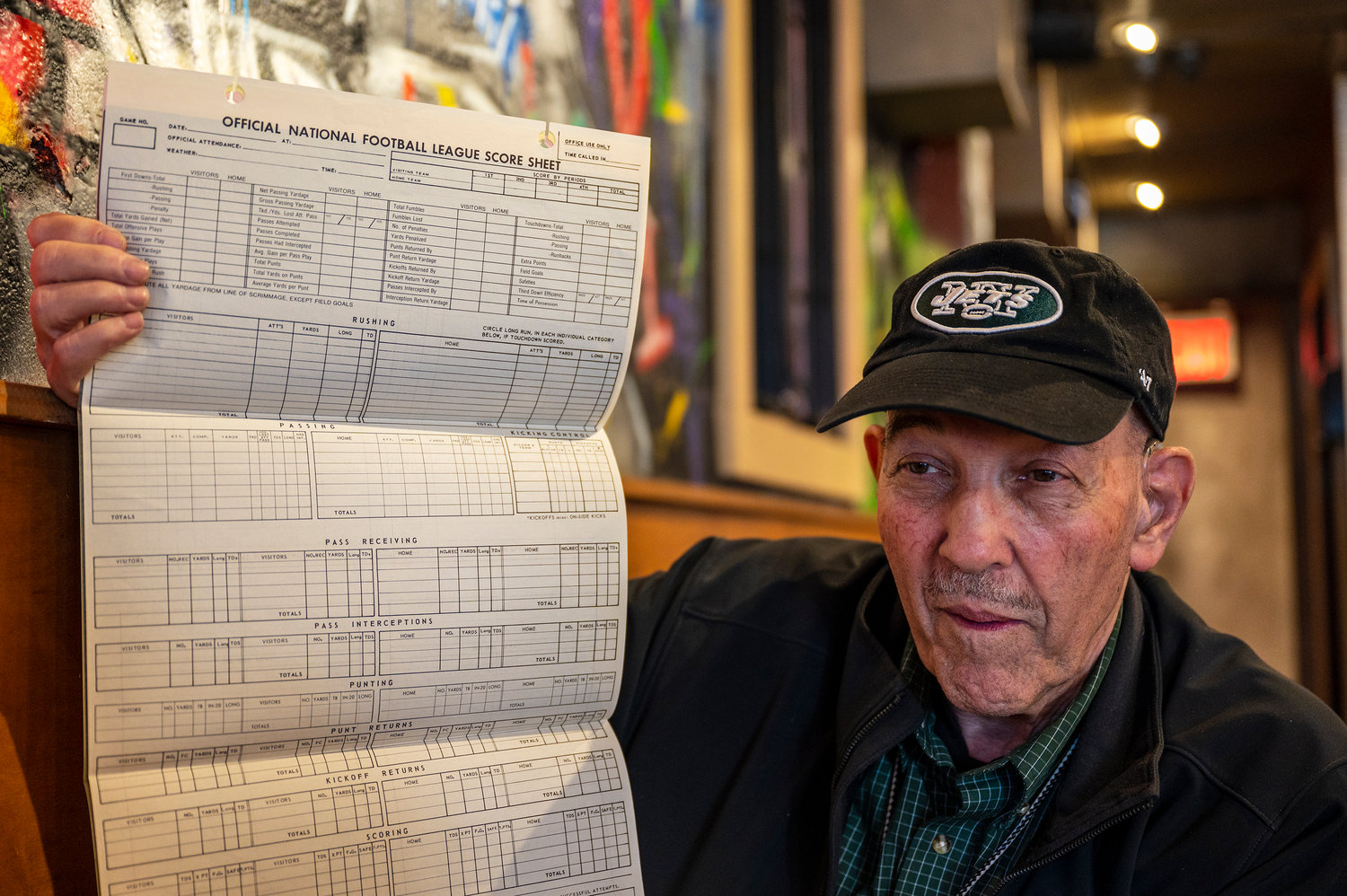 It's been a couple years since he retired, but Fred Smith still finds himself spending more time wondering how statisticians are scoring football plays than simply watching the game, thanks to his years working behind the scenes with the Jets.
Hiram Alejandro Durán 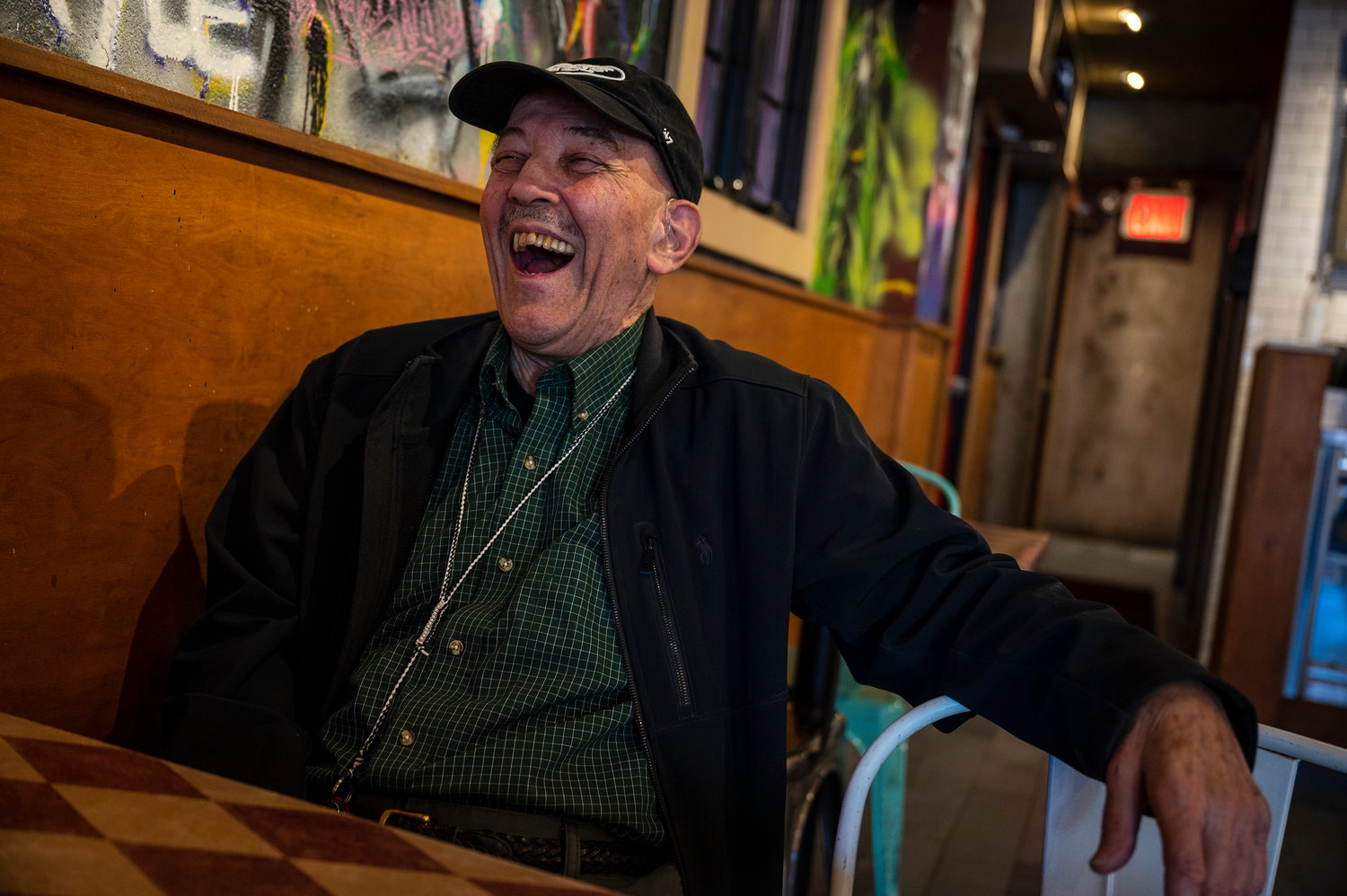 It's been a couple years since he retired, but Fred Smith still finds himself spending more time wondering how statisticians are scoring football plays than simply watching the game, thanks to his years working behind the scenes with the Jets.
Hiram Alejandro Durán
Previous Next
By MICHAEL HINMAN

The New York Jets begin the annual NFL Draft Thursday with a tough decision — do they take Kayvon Thibodeaux, a star defensive end for the Oregon Ducks, with their fourth pick in the first round. Or does the team that finished last year at 4-13 look south instead, picking up Florida State Seminoles defensive end Jermaine Johnson with the 10th pick?

If talking football isn’t your thing, then you’ve probably haven’t spent a lot of time around Fred Smith. And if that’s the case, then you’re really missing out.

In fact, there are probably few people who could spout off Jets team and individual statistics like Fred can. Give him a “Jeopardy” category filled with answers from the Super Bowl III champions, and Fred would easily clean up.

For 40 years, the Kingsbridge native never missed a single home game, whether the team played at the former Shea Stadium in Queens, or in New Jersey at either Giants Stadium or the team’s current MetLife Stadium home.

But the funny thing about Fred? Before 1979 and his decades-long streak, he didn’t even like the Jets.

“I was a Giants fan in the ‘60s,” he said over a recent lunch. “But I hate to admit it, I wasn’t even a big follower of Joe Namath, which was our shining moment.”

The Giants played their early years at Yankee Stadium, but moved to the Yale Bowl in New Haven, Connecticut, for a season in the early 1970s. It was by then Fred really lost interest in the sport.

“I couldn’t even tell you which teams were in the Super Bowl,” he said.

But all of that changed when an old classmate from Fred’s grad school days shared with him a cool job he would do for about a half-dozen Sundays a year. He was one of four guys responsible for compiling and maintaining statistics for the Jets.

“He said, ‘We’re looking for somebody, why don’t you come and try out,” Fred said.

It turns out, there was plenty of college connections behind the scenes. The Jets’ head statistician at the time was also from the same school, and Fred started to wonder if this was kismet.

Sure, the Namath days were long gone, but a chance to watch football for free? Even with a young son or daughter at home, what’s one day a week for a handful of weeks each year?

Except this job wasn’t one that someone could kick back and enjoy with a beer. Instead, Fred found himself working harder than he ever thought he could. Even harder than his research work with the city’s education department — the job that actually paid the bills at home.

“There was a division of labor,” he said. “My friend, Jim, who asked me to come down, he handled rushing and third-down conversions. I did passing and time of possession.”

Others would focus on other stats, ranging from quarterback plays to sacks, and just about anything else that would have to be counted at the end of the day.

Fred would show up each and every home game ready to work, and their conditions weren’t necessarily posh. He spent the first four years of his statistics career working out of Shea Stadium, from a small overhang booth, which wasn’t always easy to get to.

“There was this plexiglass in front of us that shielded us from the weather,” he said. “But after years and years of taking that beating, the plexiglass became yellow and scratched up.”

Most of Fred’s work was with pre-made score sheets, and a good pencil. But the play-by-play statistician would be on a typewriter.

“This guy was a genius,” Fred remembered. “He would do descriptive play-by-plays sometimes, like with a punt return. He could write down, ‘Jo-Jo Townsell receives the ball on the 23-yard line, and he runs serpentine down the sphere.”

As the years passed by, however, technology moved its way in. Many of the old guard like Fred resisted the influence of computers. But they eventually made their way in. Still, Fred and his team depended on paper, because computers like to crash, where a good pencil could always be trusted.

Fred believed it would be computers that would eventually end his time journaling Jets games. But it actually wasn’t. His career ended thanks to the coronavirus pandemic.

“When they came back and started playing again, they restricted the number of people who could work games,” Fred said. “I found myself at home, watching Jets home games on television.”

And it was then Fred realized that it had been a long time since he did nothing more than just sit down and watch a good gridiron game.

“When you’re working, you’re not really watching the game,” Fred said. “You’re much more focused on very specific things. When you were home, it was to watch something like the Super Bowl. And by then, I would be happy, because I didn’t care who won.”

Still, some habits are hard to break.

The next football season is still months away, and Jets fans will have to wait at least that long to see if someone like Kayvon Thibodeaux or Jermaine Johnson can turn around what has been six straight losing seasons.

Fred Smith will be watching. From home, of course, but he’ll be tuned in.

“Those were fun times, but I knew it couldn’t last forever,” Fred said. “But I wouldn’t change a minute of it. I worked what, like 300 games, over that time? Maybe more. It’s an experience not too many people say they’ve ever done. And thank goodness, all those years ago, I decided to give it a shot.”