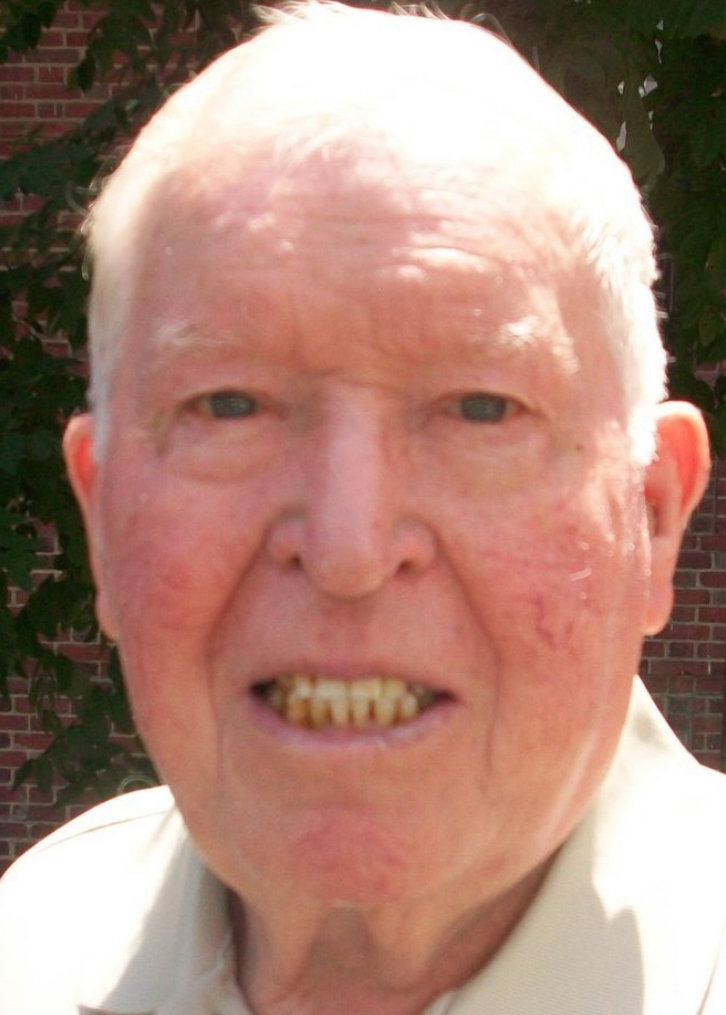 Peter Naughton, 97, of Rome, New York, and formerly of County Mayo, Ireland and Inwood, passed into the hands of the Lord on Monday, Feb. 24, 2020.

He was preceded in death by his parents Thomas and Ellen (née Sheridan), nine brothers and sisters, and his beloved wife Julia Naughton (née Vesey), who joined the Lord on Dec. 13, 2000.

He is survived by his son Peter J. Naughton and “favorite” (and only) daughter-in-law Mary Ellen of Rome, his sister Anne O’Connor (John) of South Hadley, Massachusetts, and sisters Agnes King of Galway, Ireland, and Sarah Scanlon of Limerick, Ireland, as well as beloved grandchildren Erin (Dave “Bob”), and Peter (Elizabeth). He also was survived by four blessed great-grandchildren James, Paul, Charlotte and Elliott, and many cherished nieces, nephews, cousins and extended family.

Born May 11, 1922, in Blessington, County Mayo, Ireland, he was one of 13 siblings. A talented athlete from a young age, he was a lauded Irish football player and a lifelong fan of the Gaelic Athletic Association.

After immigrating to the United States in the early 1950s, he settled in Brooklyn and soon found work laying gas lines with Con Edison in 1951. A proud company man, he would go on to work for ConEd for more than 33 years, before retiring in 1984.

It was in Brooklyn he met the love of his life, Julia,ß at an Irish Caeli (dance). They were married on Aug. 15, 1953, and soon settled into a four-story walk-up apartment in the Inwood neighborhood of northern Manhattan, where he would live for 5 years.

He and Julia loved Inwood and forged strong bonds with neighbors who became family as they raised their only son. He continued to play and coach Irish football, nurturing hundreds of young athletes both in the United States and Ireland, where the Peter Naughton Cup is still played each year.

Devoted members of Good Shepherd Parish, he and Julia lived their faith fully, always ready to provide a prayer or a meal to anyone in need (and their simple request would be that anyone reading this do the same). In later years, he was informally referred to as the “mayor of Inwood,” and he could not get far on 207th Street before someone would stop him to say hello, or to provide an update on their family.

In 2017, he relocated to Rome to be closer to his son and his family due to declining mobility, and he quickly adapted to his new home. A gifted storyteller and singer, he found friends wherever he went, and would often hold court with stories about his youth in Ireland, or a quick rendition of “The Galway Shawl.”

He would often say that he loved everyone, and he meant it — striving to see the good in every person, and inspiring those who knew him to do the same. He loved his family, his faith, the New York Yankees and New York Giants, and apple pie. He will be deeply missed by all those who loved him.

His family would like to thank the doctors, nurses and staff at the Residential Healthcare Facility at Rome Hospital for their wonderful care and compassion.

Visitation took place Feb. 28 at Nunn and Harper Funeral Home in Rome. A Mass of Christian burial took place Feb. 29 at St. Joseph’s Church in the same community, with interment at the Spring at Evergreen Cemetery.

In lieu of flowers, memorial donations can be made in Peter Naughton’s name to Good Shepherd School, 620 Isham St., New York, N.Y., 10034, or to cancer research at Dana-Farber Cancer Institute at tinyurl.com/DaveRunsBoston, of which he was a proud supporter.