Society has stopped for coronavirus, but does it have to?

Gov. Cuomo is paying close attention to ideas by a Yale professor ready to restart the economy 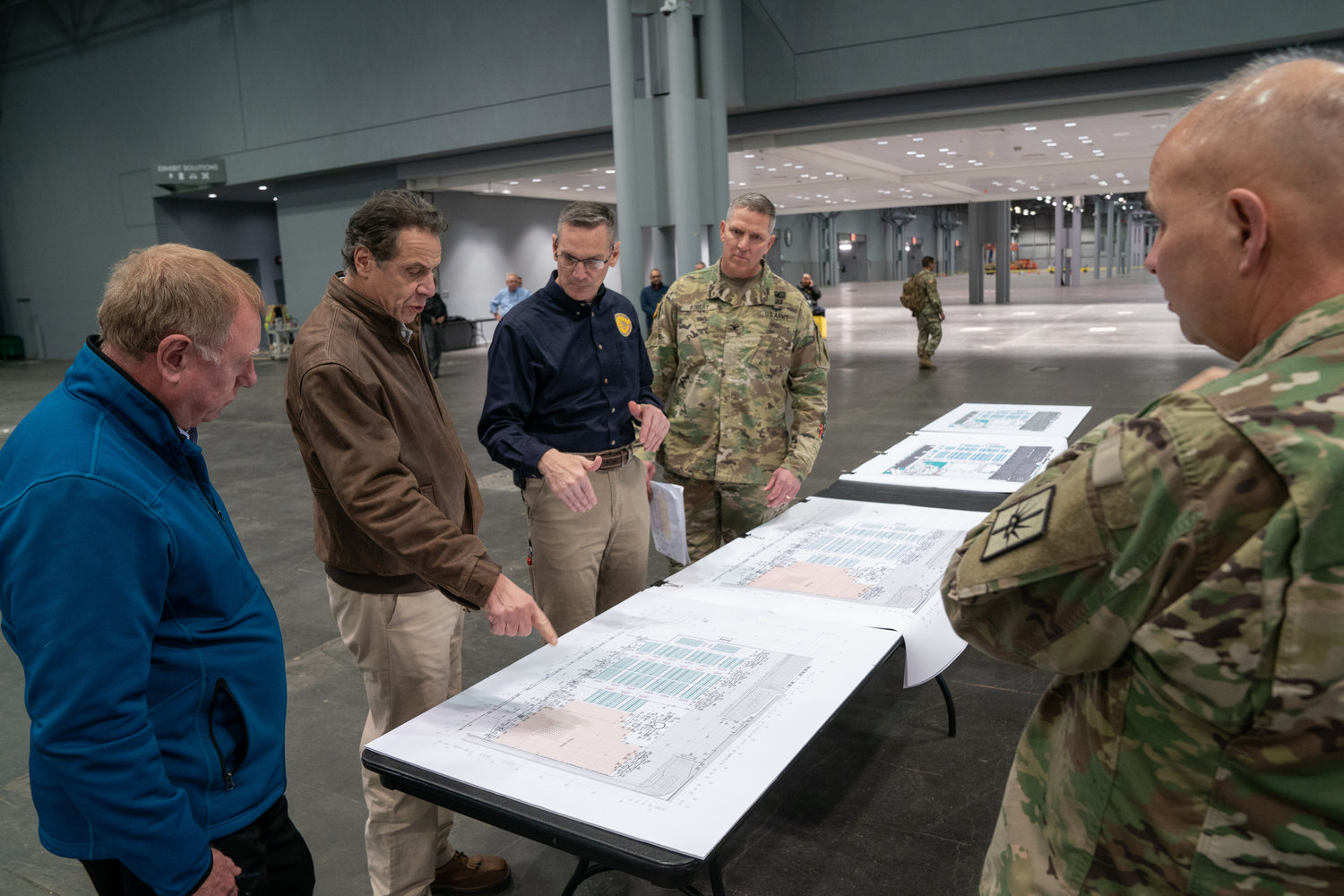 Preserving society as we know it requires sacrifice, right? Even if that sacrifice itself may be destructive to society. Kind of like burning the village to save it.

As New York enters its first full week of lockdown over the coronavirus pandemic as an effort to slow its spread and not overwhelm hospitals, elected leaders at all levels are asking everyone to adjust to what they're calling a new normal. A temporary new normal, but a new normal all the same.

Yet what kind of consequences will all of this have to our economy? To our way of life? Thousands of businesses in New York City have closed their doors, many leaving thousands more in unemployment lines.  Cash is drying up in many places, especially the very governments those who are asking us to adjust to the new normal are supposed to lead.

Some believe all this will last just weeks. Many, however, fear it could take months. No matter how long, with each day the city and state is closed for business, the chances of restoring the economy to its pre-coronavirus normal becomes less and less likely.

And that has scared David Katz, a medical doctor specializing in preventive medicine and public health, who also happens to be the founding director of the Yale-Griffin Prevention Research Center in Connecticut, part of Yale University's School of Public Health.

Katz shared what some might consider a radical approach to how society should deal with COVID-19 in a New York Times op-ed piece. But his approach — which, if implemented, could get businesses and society back up and running far sooner than even the best estimates — has caught the attention of Gov. Andrew Cuomo.

"You turned off the engine quickly," Cuomo said during his Monday coronavirus press briefing. "How do you now start, or begin to restart, or plan the restart of that economic engine? Separate task, but something that we have to focus on."

That plan even has a name: "New York Forward," and is headed by Steven Cohen and William Mulrow, both former aides to the governor who now work in the private sector. What may serve as a blueprint for revving that engine back to life? Katz and his approach, described by Cuomo as "risk stratification."

In his Times op-ed, Katz detailed a plan designed to protect those who are most vulnerable to SARS-CoV-2, the virus that causes COVID-19, while balancing the economic needs of the rest of society. He described the current approach of locking everything down and keeping most people confined to homes as "open war, with all the fallout that portends," while he believes it can be handled with a much more "surgical strike."

"The clustering of complications and death from COVID-19 among the elderly and chronically ill, but not children, suggests that we could achieve the crucial goals of social distancing — saving lives and not overwhelming our medical system — by preferentially protecting the medically frail and those over age 60, and in particular, those over 70 and 80, from exposure," Katz wrote.

It's part of what he calls "herd immunity," where more and more non-vulnerable people contract the virus, recover — typically without the need to go to the hospital — and develop antibodies in their blood that stops them from being susceptible to a recurrence of the virus.

"Immunity occurs when our immune system has developed antibodies against a germ, either naturally or as a result of a vaccine, and is fully prepared should exposure recur," Katz said. "The immune system response is so robust that the invading germ is eradicated before symptomatic disease can develop."

An antibody-armed immune system also prevents that person from continuing to transmit the virus to others, even if he or she is exposed to it again.

"If a germ can't secure its hold on your body, your body no longer serves as a vector to send it forward to the next potential host," Katz wrote. "This is true even if that next person is not yet immune. When enough of us represent such 'dead ends' for viral transmission, spread through the population is blunted, and eventually terminated."

Limiting those we isolate

Katz proposes only quarantining those who are most vulnerable, and saving coronavirus tests and potential future treatments for them. That would alleviate the strain on the health care system by allowing it to focus on more specific demographics, while also allowing the rest of society to move forward again. And if, at some time, another group of people become vulnerable to the disease, then they can be moved into quarantine as well.

"I fear our (current) efforts will do little to contain the virus, because we have a resource-constrained, fragmented, perennially underfunded public health system," Katz said. "Distributing such limited resources so widely, so shallowly and so haphazardly is a formula for failure."

The current plan of keeping everyone at home actually puts the most vulnerable — like those who are sick, or grandparents — in a much more precarious position. Because everyone, from all generations, are likely under one roof and interacting with each other, Katz said, the chances of the virus spreading among single families rises exponentially.

"As the virus is already circulating widely in the United States, with many cases going undetected, this is like sending innumerable lit matches into small patches of tinder," Katz said. "Right now, it is harder, not easier, to keep the especially vulnerable isolated from all others — including members of their own families — who may have been exposed to the virus."

This was an element that seemed to have caught Cuomo's attention, especially as some of his own immediate family — like daughter Cara — have returned home in the midst of the coronavirus crisis.

"Isolate people, but isolate the vulnerable people," Cuomo said, sharing his interpretation of Katz's proposal. "Don't isolate everyone, because most people are not vulnerable to (coronavirus). And if you isolate all people, you might be actually exposing the most vulnerable people by bringing in a person who is healthier, and stronger, and who may have been exposed to the virus."

Doing that — focusing on a "much smaller" portion of the population — could allow "most of society to return to life as usual, and perhaps prevent vast segments of the economy form collapsing," Katz said.

"Healthy children could return to school, and healthy adults go back to their jobs. Theaters and restaurants could reopen, though we might be wise to avoid very large social gatherings like stadium sporting events and concerts."

While Cuomo says he is looking for ways to bring society back to some normalcy, he doesn't regret his actions so far in trying to slow the spread of the coronavirus throughout the state.

"But I think there is a line," the governor said. "A spot where those to lines cross. You have to identify it, and that is what we're going to start to work through."

And the sooner that work can begin, the better.

"At some point you have to open the valve," Cuomo said, "because that is oxygen for the economy. Because this is not sustainable."