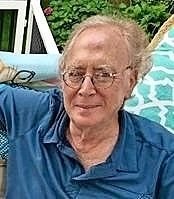 Sol Manny Solomon, who was born in the Bronx and spent years reporting for The Riverdale Press, passed away on March 2 in Boston. He was 74.

Born to Lillian and Manny Solomon in 1947, he graduated from Taft High School and traveled across Europe after attending City College in New York for a couple of years.

Upon returning to the United States, he entered the world of poetry and activism, working at a children’s camp in West Virginia run by prominent folk musician and civil-rights activist Don West. Soon after, he formed a commune in the southern part of the state where he met Kathy, his future wife and partner of more than 50 years.

Sol and Kathy moved back to the Bronx, where he worked as the sports and features reporter for The Riverdale Press in the early 1970s. His series on the local effort spearheaded by college students to clean up the Hudson River won the paper a press award in 1973. In the second article in the series — titled “Return of ‘Lafayette’ Marks New Clean-Up Success in Hudson River” — Sol wrote eloquently about a little-known fish reappearing in the river following the pollution remediation.

Press publisher emeritus Richard Stein — whose father, David Stein, was the editor and publisher of the paper at the time — said Sol was one of his dad’s favorite reporters back then.

“I think that he was kind of a counter-cultural guy and my dad was somewhat conservative,” Stein said. “And I think he had a kind of a habit of hiring young reporters who were on the opposite side of the fence from him.”

Solomon kept his counter-cultural streak alive when he moved to New Hampshire in 1975 to begin a company that sold natural body care products, and eventually, homeopathic medicine.

When not working, he liked to play tennis and tend to his garden.

And as his natural-products company flourished, so too did his family. In addition to Kathy, his daughter, Jennifer Lachance, and son, Noah Solomon, along with three grandchildren, survive Sol. He also leaves a sister and a brother as well as several cousins, nieces and nephews.

A celebration of life is being planned for later this year.