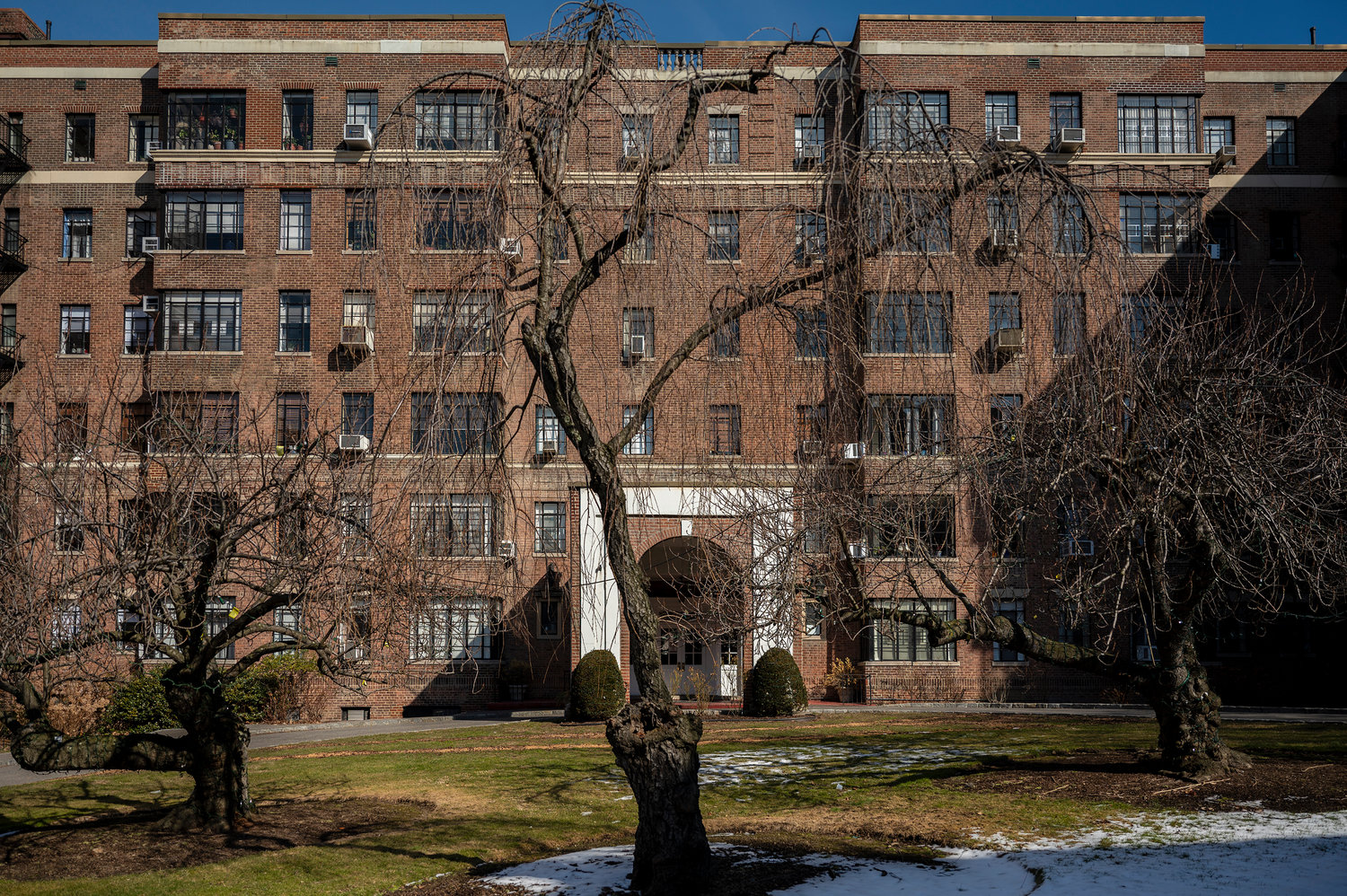 The Association of Riverdale Cooperatives & Condominiums chose 3001 Henry Hudson Parkway as one of several buildings to receive a mini-grant. These funds range from $500 to $2,000 depending on the scope of the work needed to be done, ARC president Stephen Budihas says. The association decided to give away money after seeing how hard the coronavirus pandemic hit many properties in the area.
Hiram Alejandro Durán 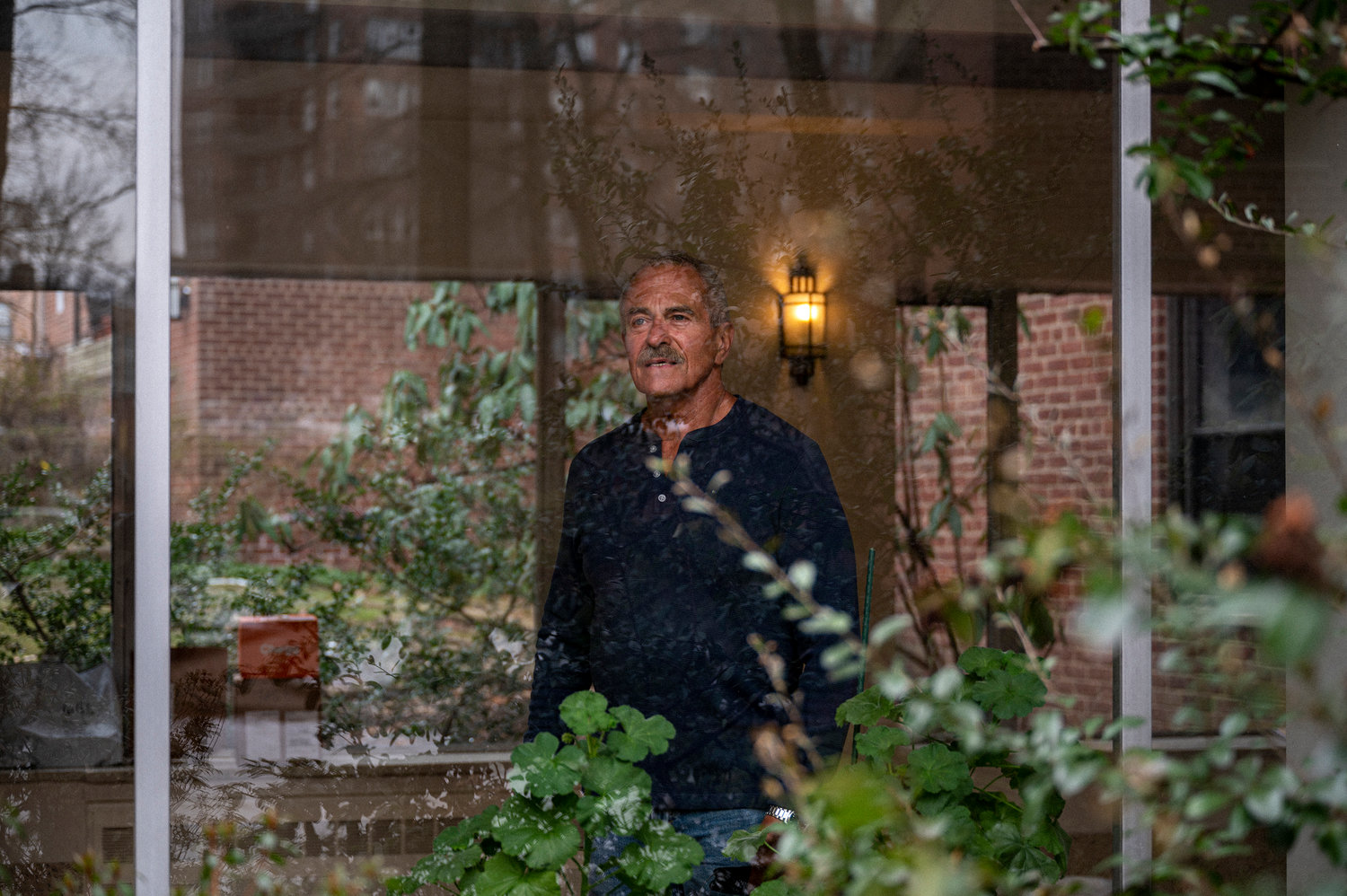 Stephen Budihas and the Association of Riverdale Cooperatives & Condominiums he leads, have awarded mini-grants to several of his member buildings designed to improve the quality of life in their neighborhoods. ARC decided to give funding at the height of the coronavirus pandemic, which made life at co-ops and condos difficult.
Hiram Alejandro Durán
Previous Next
Support journalism

Usually it’s the first half of winter commonly known as the season of giving.

But that hasn’t stopped the Association of Riverdale Cooperatives & Condominiums from creating its own season of giving, with several of its member buildings the beneficiaries.

“It’s something brand new,” said Stephen Budihas, the president of the co-op and condo group. “It’s the only time that we’ve done this. We looked at our financial situation. We’re not rich, of course. We’re a volunteer organization, which earns nominal dues that we charge of our members. But we had enough to spare some” money.

If it were up to Budihas, he would give more frequently year-round, especially during these difficult times caused by the coronavirus pandemic. Still, the gesture for many was commendable. For ARC’s board of directors, it was about recognizing the urgent need to improve the quality of life in and around some of its member buildings.

Since the start of the pandemic, Budihas felt there hadn’t been enough work being  done to help those in need, despite hearing what he called the same propaganda of forced teamwork throughout the last two years.

“I was very tired of hearing everybody say, ‘We’re in this together,’” Budihas said. “Meanwhile, no one seems to be doing anything — concrete or tangible — to help (everyday) people to get through the crisis.”

So, in the spirit of giving, ARC’s leadership took action, literally putting their money where their mouths were.

“Let’s not talk about ‘getting through this together,’” Budihas said. “But maybe create an atmosphere where people could say, ‘We’d like to do this for our building. We’d like to work together.’”

Budihas believes that act alone separated the organization from those who sympathized with meaningless words and empty promises.

“We felt that by putting cash in people’s hands, to do worthwhile projects, that it would enhance their own living situations,” he said. “It was the proper way to go rather than just saying, ‘We’re all in this together,’ which is just continuing to give lip service to everybody.”

Co-ops and condo buildings were asked to submit applications to ARC, which represents more than 130 such communities in this part of the Bronx.

The association reviewed each application, and then made selections after some “very difficult decisions,” Budihas said.

To qualify, the applicants had to meet two essentially very broad criteria. The first was to demonstrate how they would use the grant money to improve their environment of their buildings and their surroundings.

The other was to simply explain how those enhancements would benefit the community in general.

Any suggestion like upgrading the lighting in a boiler room, or anything that exclusively benefitted the building would not met ARC’s strict criteria. The idea was that all suggestions made in the applications had to have an element of inclusion for the neighborhood at large.

“All of the (applications) that we did approve, once completed, will be visible,” Budihas said. “And hopefully people will say, ‘Look how nice that looks.’”

The money overall might not seem like a lot on the surface, but those who received the grants said it really made a big difference.

For Annie Jennings and Jane House of 609 Kappock St., it was the gesture that made them most appreciative because it allowed them to move forward with plans to develop a garden they want to name the Crossroads to Harmony.

“We just want to say how much we appreciate being awarded $1,500,” Jennings said. “It means so much to this building because we’re so small. COVID hit us all very hard.”

The eight-story, 66-unit building had to put a lot their plans on hold during the pandemic just to stay out of the red financially.

The proposal was a collaboration between the art and landscaping committees within the buildings co-op board, Jennings said. The collaboration helped keep the building within its own bylaws, which tasked them to look for ways to reduce the structure’s carbon footprint.

For House, it was an opportunity to fill an empty space with a garden.

“A couple of years ago, we lost a couple of trees there, and we wanted to fill that space,” House said, “which is on a slope.”

Because a member of the gardening committee had a connection with the New York Botanical Garden, they were able to draw up a plan for a 68-foot wide, 22-foot deep hole in front of the building.

But with no money, it just remained a hole — unfinished. Until now.

“This wonderful grant from ARC is going to help us,” House said. “It won’t help us complete it in its entirety, but it certainly will go a long way to helping us get there.”

Budihas says it was the effort many of ARC’s members made to construct a beneficial resource not just for their building, but for the community, that made him happy.

“As the result of this innovative program, our entire community can look forward to a more beautiful environment this spring,” Budihas said. “Especially as we pass by these buildings.”

Budihas hopes that the grant is one that brings some level of joy to those who’ve received it. More importantly, he wants to see it bring hope to people who reap the benefits of what even a little bit of money brings.

“I just want our members to know that we’re here for them,” Budihas said.

“We’re always happy to help in any way we can.”