Special election is over, but primary just getting started 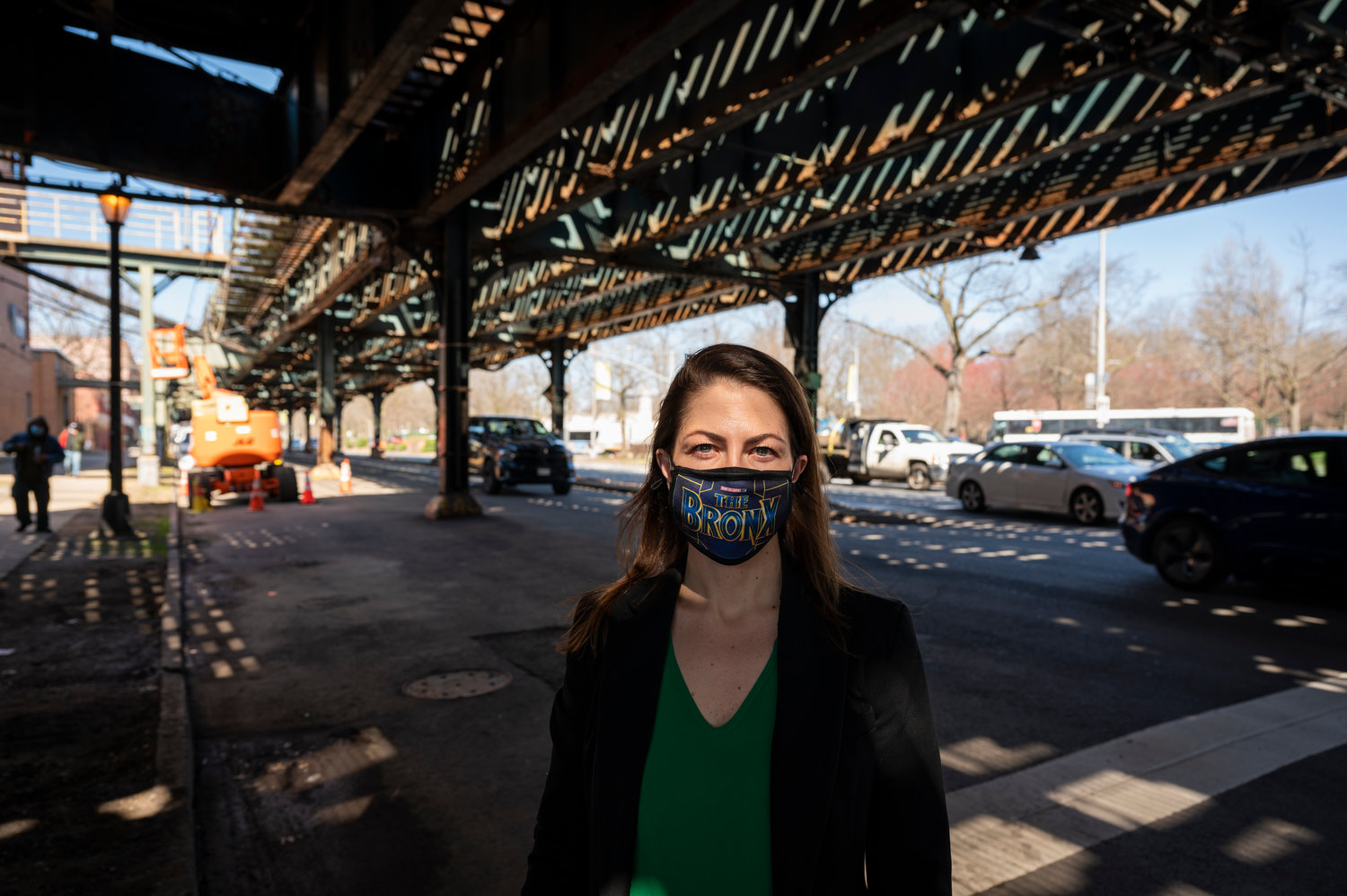 Abigail Martin decided to sit out the recent city council special election to replace Andrew Cohen, but she’s all set to claim her place among the contenders looking to fill that office beginning in January. First up? The June 11 Democratic primary.
HIRAM ALEJANDRO DURÃN 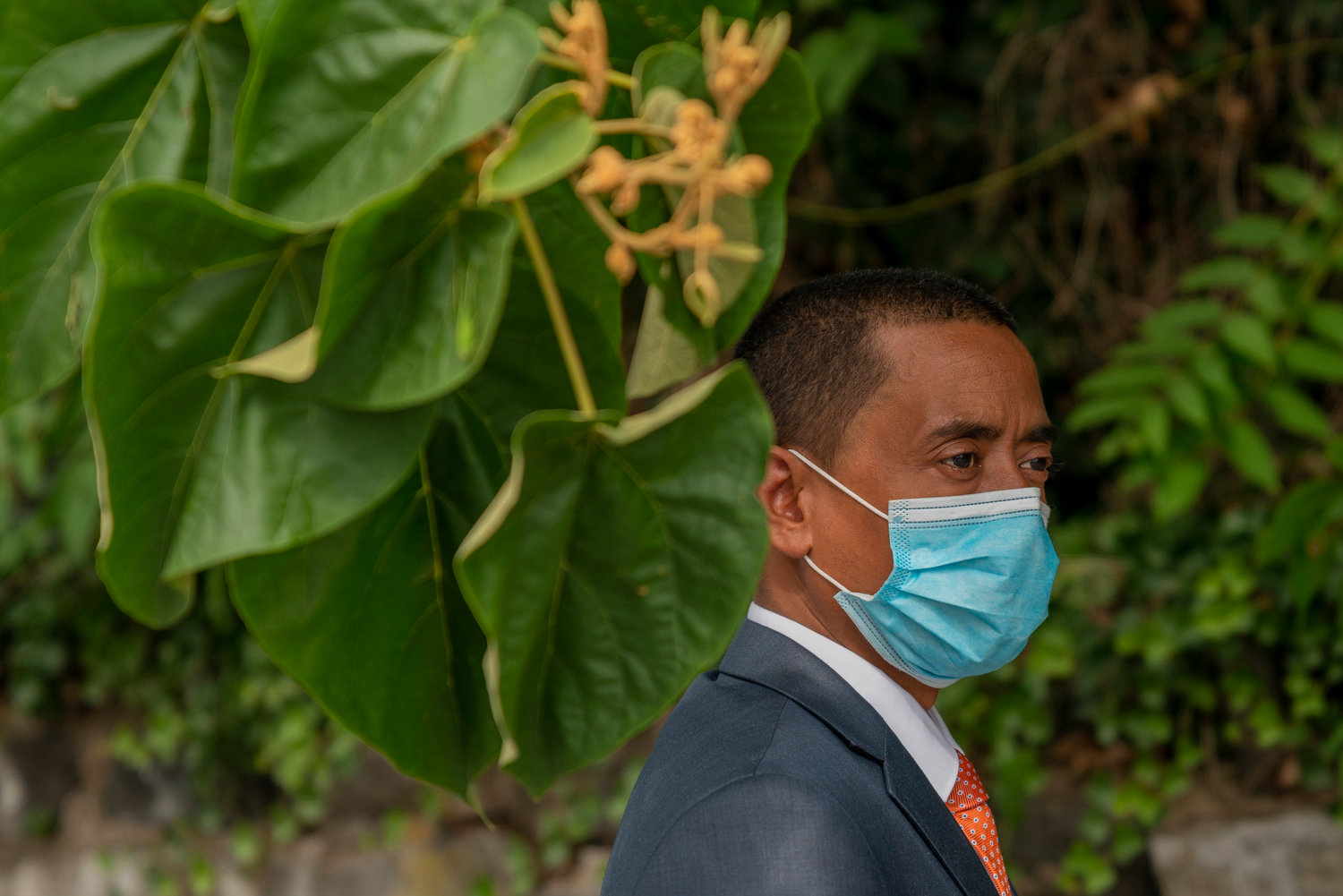 Marcos Sierra will essentially be the second candidate coming out of the east side of the district, hailing from the Norwood neighborhood. He sat out the special election along with Abigail Martin, but will compete in the June primary with a host of other candidates, including Wakefield’s Carlton Berkley.
HIRAM ALEJANDRO DURÁN/File 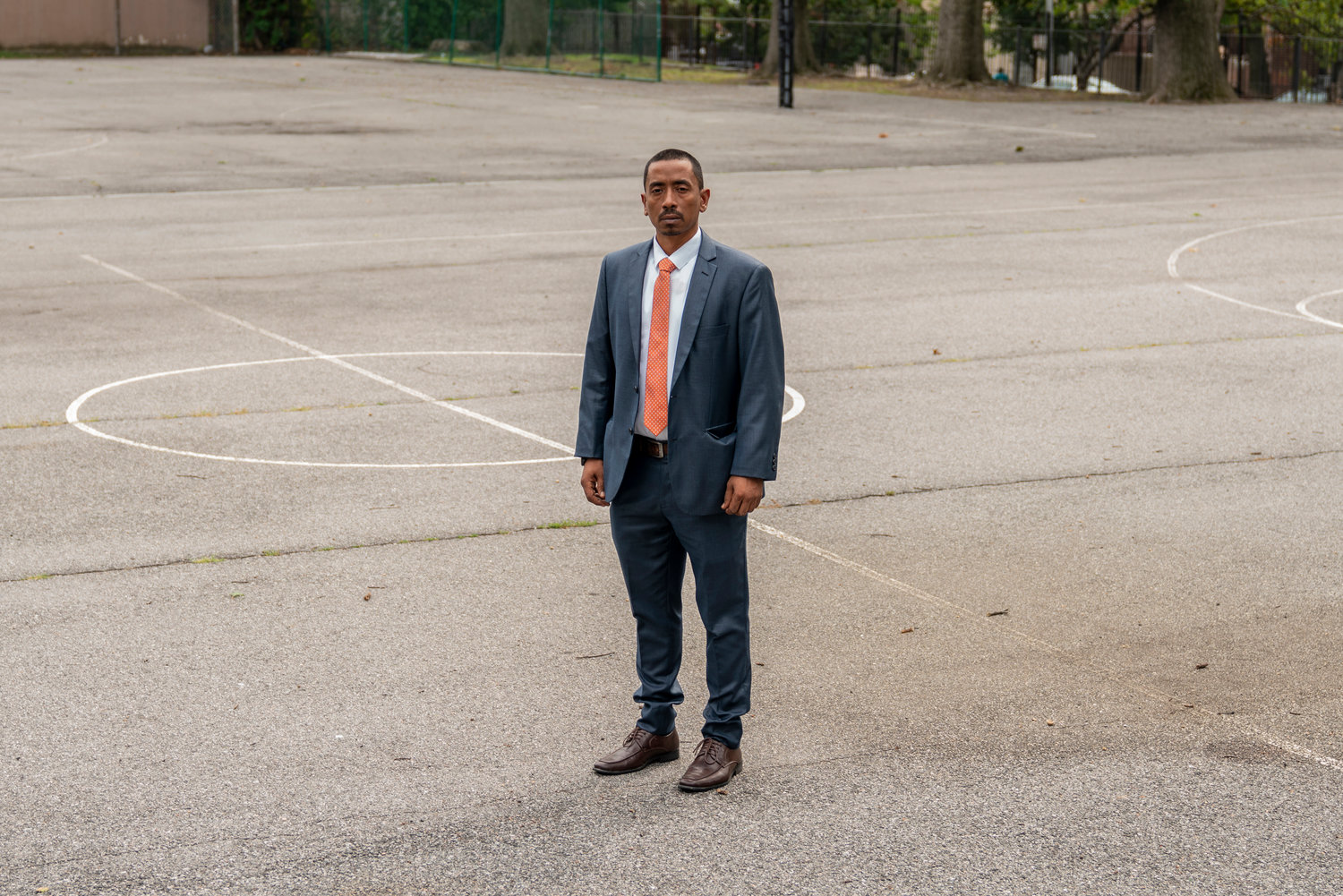 Marcos Sierra will essentially be the second candidate coming out of the east side of the district, hailing from the Norwood neighborhood. He sat out the special election along with Abigail Martin, but will compete in the June primary with a host of other candidates, including Wakefield’s Carlton Berkley.
HIRAM ALEJANDRO DURÃN/ File 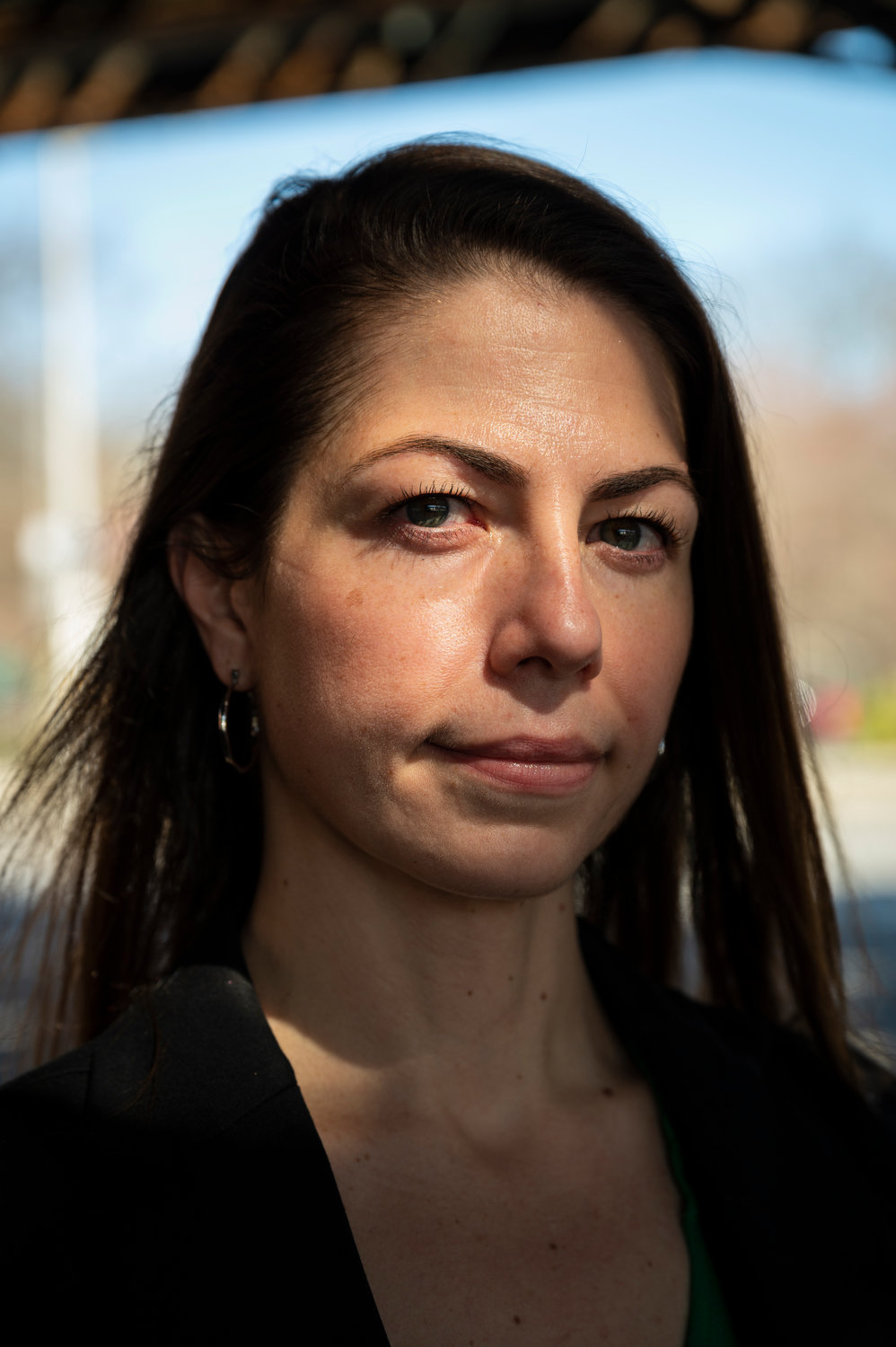 Abigail Martin decided to sit out the recent city council special election to replace Andrew Cohen, but she’s all set to claim her place among the contenders looking to fill that office beginning in January. First up? The June 11 Democratic primary.
HIRAM ALEJANDRO DURÁN
Previous Next
By MICHAEL HINMAN

They both took a major gamble stepping away from the recent city council special election to instead focus on the June Democratic primary, and now both Abigail Martin and Marcos Sierra hope it will pay off.

The votes aren’t even fully counted yet in the March 23 race that’s currently led by former schoolteacher Eric Dinowitz, but Martin and Sierra are now gearing up for what they feel is a whole-new race with a goal that one of them will be sworn in as this region’s next city council member come January.

Martin — a former social worker and current adjunct professor at Columbia University — said her decision earlier this year to drop out of the special election race made sense. The holiday coronavirus wave was in full force, and the last thing she wanted was for her or any of her volunteers to get infected.

“My decision not to participate in that special election was multi-faceted,” Martin said. “You could never make a decision like that based on one factor alone. But the COVID rates were the highest in the entire city in Woodlawn and Wakefield, and I had two volunteers who had COVID.

“It just felt like why would I want to play into this circus and risk the health of my volunteers twice, as opposed to knowing that the COVID rates would likely be down by March” when petitioning for the primary would be underway.

Martin found her decision to be justified when two others in the special election race, Mino Lora and Jessica Haller, later tested positive for the coronavirus.

But there was another big reason to avoid the special election — the Bronx Democratic political machine.

“Special elections favor machine candidates, and as we have seen, that is exactly what happened here,” Martin said, pointing to the current lead Dinowitz has in early returns. As the son of Assemblyman Jeffrey Dinowitz — one of the primary leaders behind the Bronx Democrats — many saw this race as a shoo-in for the lawmaker’s son.

“When the machine engineered this special election to help Jeffrey Dinowitz’s son get elected, their plan was to create an election that heavily benefitted their candidate,” Martin said. “So now all the other candidates have exhausted their resources, making it even harder for them to put up a fight for the primary in June. I just decided not to play that game.”

Instead, Martin has raised a campaign war chest of more than $40,000 at a time when everyone else — including Dinowitz as a potential short-term incumbent — has to start at zero with less than three months before the primary.

“I now have a fully funded campaign, and we’re going to receive full matching funds,” Martin said. “Our strategy from the get-go has been reaching every Democratic voter in this district. We launched our campaign in Norwood, and we will continue to focus on every single neighborhood of this district, reaching as many voters as possible.”

Martin may have kicked things off last year on the eastern side of the council district, but she’s still a Riverdale candidate, Sierra said. And as someone who actually is from Norwood, he says it’s time his side of the Jerome Park Reservoir is finally represented in City Hall.

“It’s nice looking people in the face, you know?” Sierra said. “Seeing them on the street, as they’re walking down the neighborhood. And it’s here where I really have an advantage.”

A program coordinator at the Bronx-based RAIN — Regional Aid for Interim Needs — Sierra also had a volunteer job as a Democratic district leader. It’s the same type of position Dinowitz serves in within his father’s Assembly’s district, expect Sierra’s focus is the area represented by Assemblywoman Nathalia Fernandez.

One of the things Sierra learned early on is that the more hands you shake, the more support you might find in the polls. Of course, that’s much more difficult right now with a pandemic and everything, but especially in his side of the district, neighbors know who is one of them, and who is simply making a show for votes, trekking over from Riverdale.

Sierra hasn’t raised anywhere near the money Martin has for the primary at this point, but he also doesn’t believe money has the kind of power many candidates think in an election like this.

Most voters will likely sit out the primary as they did the March 23 special election, which means it comes down to turning out the people in the parts of the district that want to vote for someone much closer to home. Like, maybe, Sierra.

“You just have to take the time and really walk these streets,” Sierra said. “You have to walk down these avenues on days like today when everyone is out. Get a cup of coffee. Have a conversation.

“Soon, practically every business on Gun Hill Road is going to have a Marcos Sierra flyer, and not sparsely spread out like Mino or Eric had it. And that’s because they can’t relate to the people here. They come in for a photo-op and leave. And they know I’m not leaving.”

The primary race also will include Dan Padernacht and Carlton Berkley, two candidates outside of Riverdale itself, but with deep roots into their communities of Kingsbridge Heights and Wakefield.

A lot of money was spent in the special — well over $500,000 — and no one is expecting it to be different with the primary. But Martin says she’s ready.

“I’ve been campaigning hard since August. I didn’t stop,” she said. “I’ve continued to reach out to voters, and I’m not going to stop until I reach every Democrat in the Northwest Bronx.”