Spellman case goes to the jury 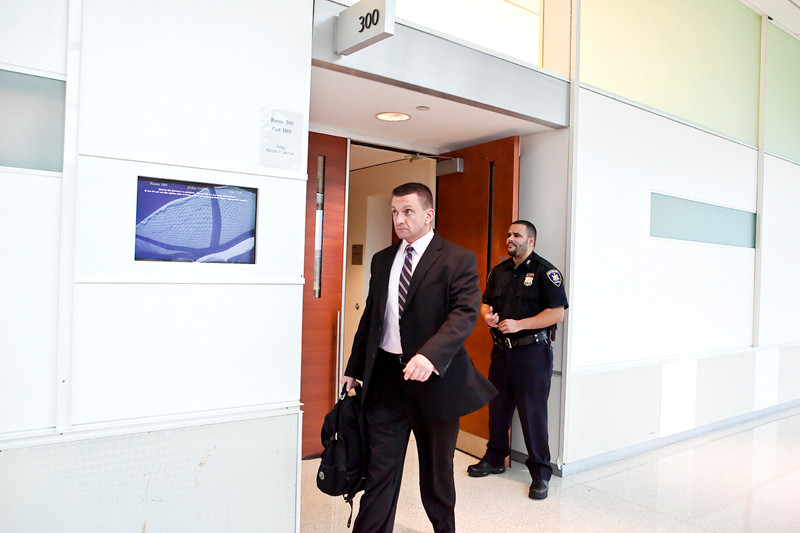 The jury, which was still deliberating as of press time Tuesday, will decide if Mr. Spellman is guilty of aggravated vehicular homicide. If convicted, he faces up to 25 years in prison.

Monday was an emotional day for members of the Nikac family. When Assistant District Attorney James Goward showed the jury pictures taken at the morgue of Ms. Nikac’s injured face, many family members started sobbing.

In October, Bronx District Attorney Robert Johnson offered Mr. Spellman a plea deal at the behest of the family. But Mr. Spellman turned it down and the trial continued, finally coming to a close on Monday after six weeks of testimony from more than 30 witnesses.

Rosemarie Arnold, who represents the Nikac family in a separate civil case, wrote in an e-mail that family members are “relieved that the trial is finally over as it was difficult for all of them to listen to the horrifying testimony.”

“They believe the trial was fair, therefore, whatever decision the jury makes will be the correct decision. The situation was tragic for everyone involved,” Ms. Arnold wrote on behalf of the family.

Whether Mr. Spellman’s car struck and killed Ms. Nikac was never in question.

At 6:37 a.m. on Oct. 30, 2009, Ms. Nikac, an Albanian from Montenegro who immigrated to the U.S. more than 15 years ago, crossed Kingsbridge Avenue at West 232nd Street, pushing a cart full of cans she regularly collected from the neighborhood. In the middle of the crosswalk, Mr. Spellman’s car struck her, throwing her approximately 40 feet through the air. She died shortly after. Mr. Spellman was arrested two hours after the incident occurred. He refused a Breathalyzer test at the scene, and only after a court order was his blood drawn for testing, 5 and-a-half hours later.

This is where the two sides — Mr. Goward from the Bronx District Attorney’s Office and Peter Brill, Mr. Spellman’s defense attorney — begin to disagree.