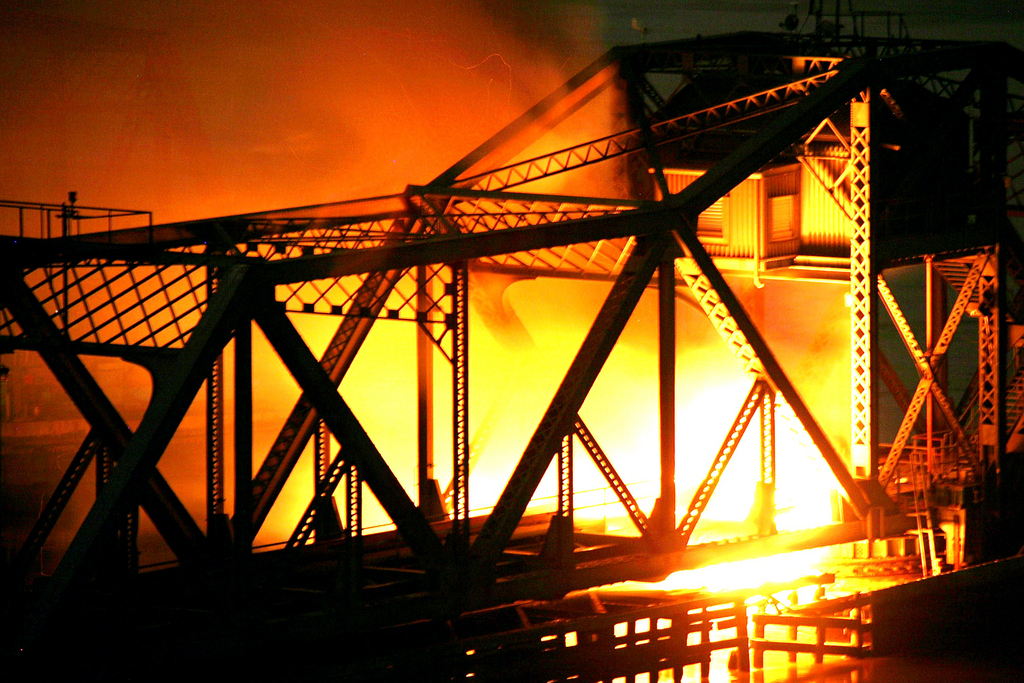 The Spuyten Duyvil Bridge burned for two hours as firefighters struggled to bring an early Sunday morning blaze under control, according to an FDNY spokesman.

Twelve units consisting of 60 firefighters from two boroughs, Ladders 52 in the Bronx and 36 in Manhattan, responded to the fire at 3:02 a.m. They fought the flames from both shores of Spuyten Duyvil Creek, and with the help of marine units were able to put it out by 5:19 a.m.

There were no injuries reported. Cylinder explosions occurred as a result of the fire, according to the spokesman.

The cause is currently under investigation by the FDNY, but an Amtrak spokesperson said the fire occurred while the bridge was in the open position to let military watercraft through.

According to eyewitness Felix A. Lam, who said his Palisade Avenue apartment overlooks the bridge, firefighters used a fireboat to get closer to the blaze.

“It was incredible. It was some kind of fire,” said Mr. Lam, who said he woke up in the middle of the night, smelled smoke and walked to his window to see the bridge engulfed in flames.

Train service across the bridge was halted until 5 p.m. on Sunday, when the bridge was put back into the locked position. Amtrak trains that use the bridge had been temporarily rerouted and delayed, but are now operating normally.