Fan trio brings life to playground attracting players from all over 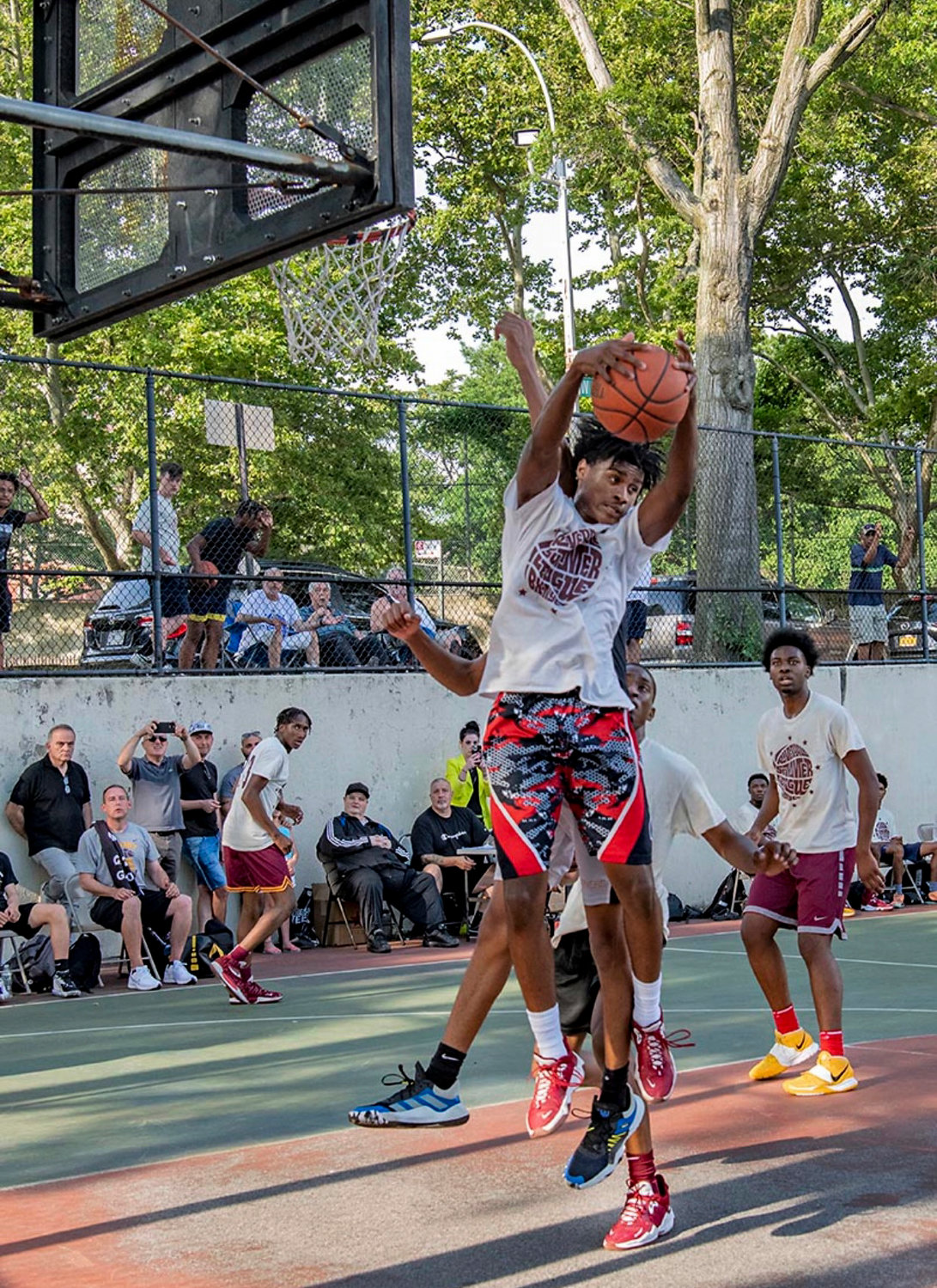 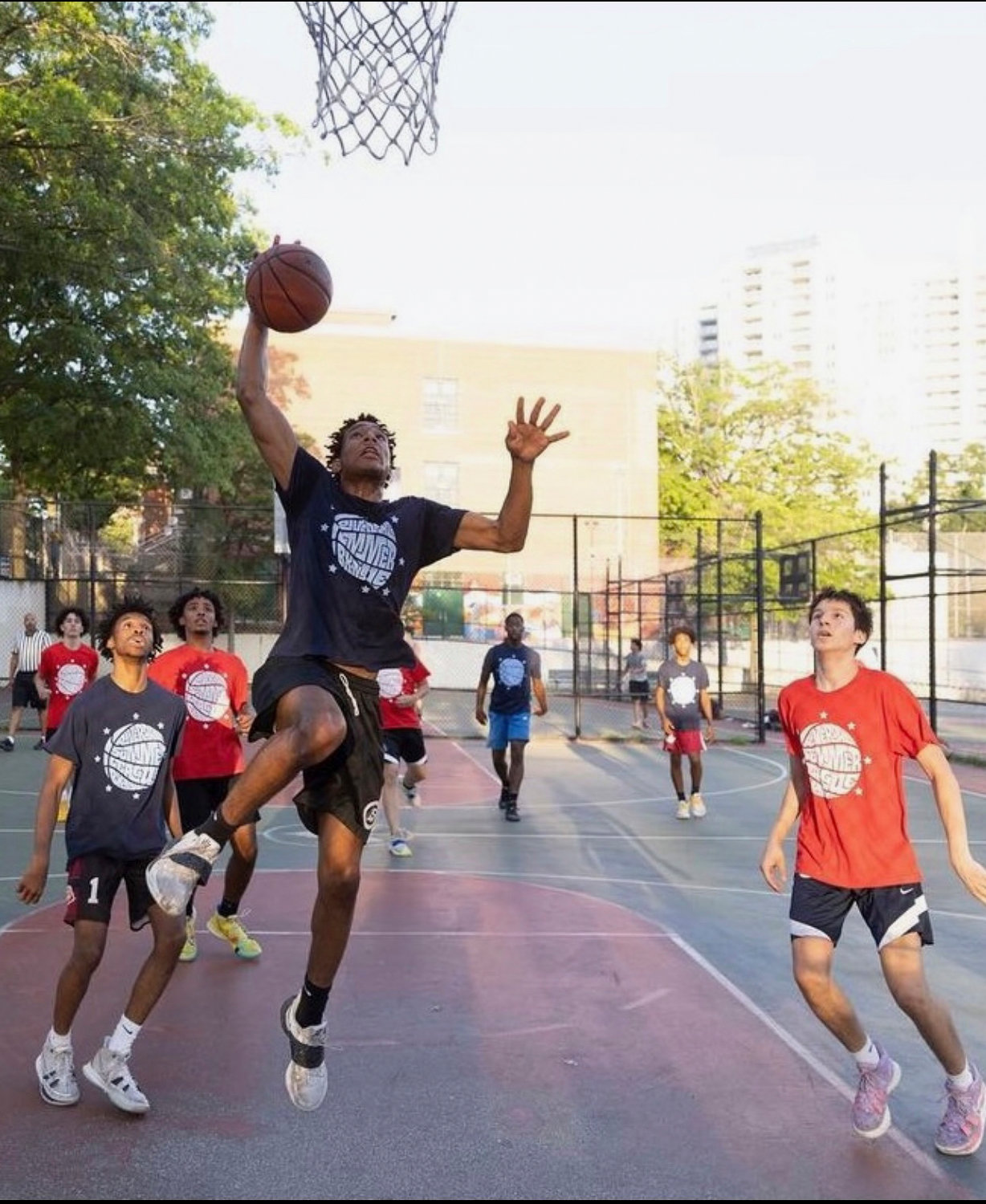 There seems to be a rite of passage in New York City for parks to attract talent on the basketball court. And some way and somehow the best players always end up finding each other in one location or another. One weekly fixture happening at Spuyten Duyvil Playground this summer has become a common place for these shooting stars.

Most Tuesday and Thursday nights provide the backdrop for the Riverdale Summer League at the playground located at West 236th Street. The field boasts some of the top high school teams from the Bronx, Brooklyn, Queens and Westchester for a one-of-a-kind experience.

“The word has gotten out there that we’re a competitive summer league,” said Turk Gumusdere, a co-organizer of the tournament. “We run it with total professionalism and credibility.”

The basketball avant-garde behind the effort is Gumusdere and his childhood hoops friends Artie Cox and Barry “Slice” Rohrssen. Nothing is fancy about their tournament’s format, says Gumusdere. The natural inkling was to make the league “old school” much like the way they grew up. Unlike the tournaments at Dyckman and Rucker, there are no microphones or speakers during games to spice up the action. And here the uniforms for the schools are colored T-shirts which work just fine for them.

The mutual trust between the co-founders is built on their past life as kids in Riverdale long before Gumusdere became the first Turkish born player in Division I college basketball and before Rohrssen and Cox embarked on long coaching careers in college and high school basketball. Now it’s their start-up circuit that is turning the heads of local coaches and bloggers looking to satisfy their hoops fix during the summer months.

“We’re a non-profit, so it’s not like we’re making a penny,” Gumusdere said. “The kids are the ones benefiting because number one they are competing and it gives them a platform.”

Gumusdere says the court is “perfect” for viewing the action despite being actually smaller in size. But it’s the aerial views that may make the scouts come to stay.

“We are going to start seeing scouts at these games.” Gumusdere said. “You can watch from above and all angles.”

The games are offering something for the coaches, too. Fordham Prep head coach Brian Downey watches as a spectator while he lets his assistant Matt Saunders take over the coaching duties. The change of pace is good for everyone, Downey says, and it is why he wanted to join the league linked to Gumusdere and one-time Manhattan College coach Rohrssen.

“I think this year Turk really doubled up on the teams and talent obviously,” Downey said. “It’s great to see these teams from all over.”

The league has 12 teams split randomly into two divisions. High School of American Studies was the most local school to compete this summer with highly ranked programs like Mount Vernon in Westchester and Christ the King High School in Queens coming from outside the borough along with one team each from two other boroughs. The Bronx is home to the majority of teams including Fordham, St. Raymond’s, Adlai Stevenson, Wings Academy and Monsignor McClancy.

“We want the Catholic high schools from the Bronx who will never play against a public school from the far end of Brooklyn,” Gumusdere said. “I always say our motto is quality over quantity.”

Before getting involved with the league himself, Artie Cox was head coach at McClancy for six years and then at Christ the King for 27 years. He’s back at McClancy in an administrative role and commutes to work from Riverdale.

Living in the northwest corner of the Bronx has made Cox forge an even stronger connection between him and his old friend Rohrrsen, who also lives in Riverdale. The two men hold plenty of sway with their connections on the New York City basketball scene.

“’Slice’ has become one of my best friends in the world,” Cox said. “He brought me into it.”

The benefit of a summer league for student-athletes comes with no having to worry about your studies. And it provides a great opportunity for teams like American Studies who normally don’t get the same level of exposure as the other teams competing. Head coach Michael Hamlett took it all in stride as he watched his team grow throughout the summer.

He hopes that American Studies will be involved in future installments of the league.

“It was huge with the speed of the game and how they didn’t realize there are different levels of basketball,” Hamlett said. “They got to see what basketball is like in New York City to play against some really great players and really great teams.”

Bob Cimino’s team from Mount Vernon has embraced playing against competition they were previously unfamiliar with. Getting to play against the best teams in New York City is the type of preparation Cimino wants for his team from the suburbs.

“It’s a nice experience in that Artie Cox and Turk are two great people and run a great league,” Cimino said. “It’s nice for us to mix in with some of the city teams.”

All along for Gumusdere, Rohrssen and Cox it’s been about the kids. And that’s the spirit them and everyone else who watches the Riverdale Summer League will hopefully share for years to come.

Keeping alive a dream for the street’s best