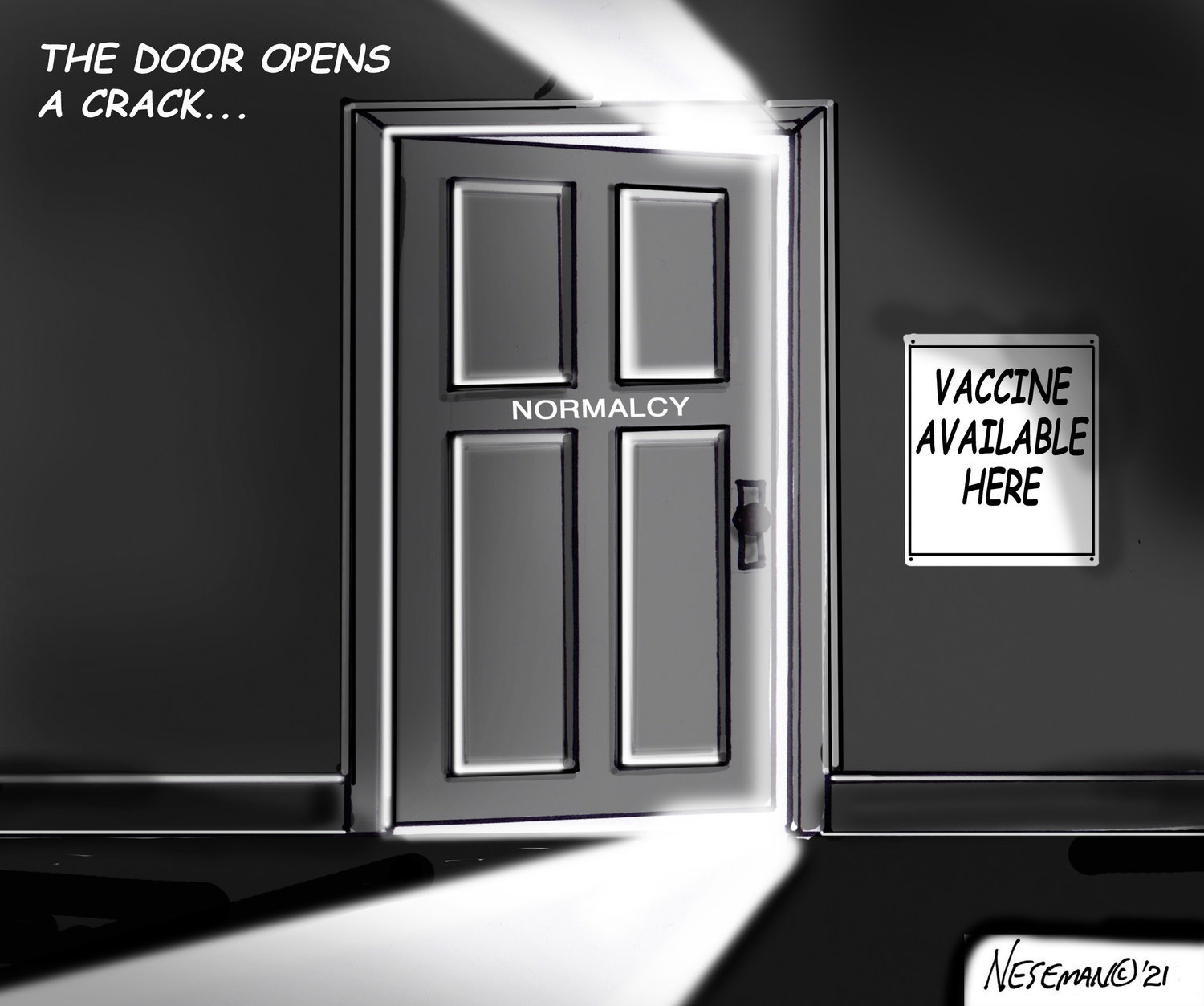 Gov. Andrew Cuomo and Mayor Bill de Blasio are snipping at each other again? It must be a day ending in a “Y.”

Few can recall the last time these two actually got along, and at least before the coronavirus pandemic, it was somewhat entertaining — if it wasn’t just bad not only for our city, but for our state.

Yet, the governor and mayor have a new carrot to squabble over: Who can out-Trump Donald Trump when it completely fumbling the vaccine rollout?

It’s a battle of ego, but not with each other. No, it’s a fight with their own public health teams. Apparently both believe because they come out most days and lecture all of us through our television screens, they suddenly know more than the people who have devoted their entire lives to get us out of the very crisis we are all in.

“When I say ‘experts’ in air quotes, it sounds like I’m saying I don’t really trust the experts,” Cuomo told all of us recently. “Because I don’t. Because I don’t.”

It’s almost hard to believe this is the same governor who was praised in this very space months ago for how he was handling the pandemic. For preaching the importance of listening to those who know what they are talking about, and checking our egos at the door.

Apparently that was easier to do when Trump was still in charge, sucking all the oxygen out of the room. Now that he’s been exiled to Florida, both our governor and mayor have turned into skeptics. And while they are free to believe whatever strange idea they want, both Cuomo and de Blasio have a responsibility to ensure these life-saving, society-rebuilding vaccines get into the arms of every single person.

We do that not by ignoring our public health experts, but from actually listening to them. Last week, Cuomo spent a good 20 minutes blaming the terribly low vaccination rates in our poorer communities on “hesitancy.” To him, our Black, Latinx and Asian communities have a reluctance to get inoculated. It has nothing to do with the fact that Cuomo has made access to vaccines almost impossible for many who don’t have a fleet of vehicles waiting to whisk them away to anywhere they want to go.

Neither Cuomo nor de Blasio want the virus to surge again here. No one does. But only the governor and mayor have the power to protect as many of their constituents here as possible.

But it’s never going to happen if they keep playing games. There isn’t time for this nonsense. Both need to start doing their job, listen to those who know what they’re talking about, and make us safe.