Stubborn secrets up ahead in Chen's 'The Headlands' 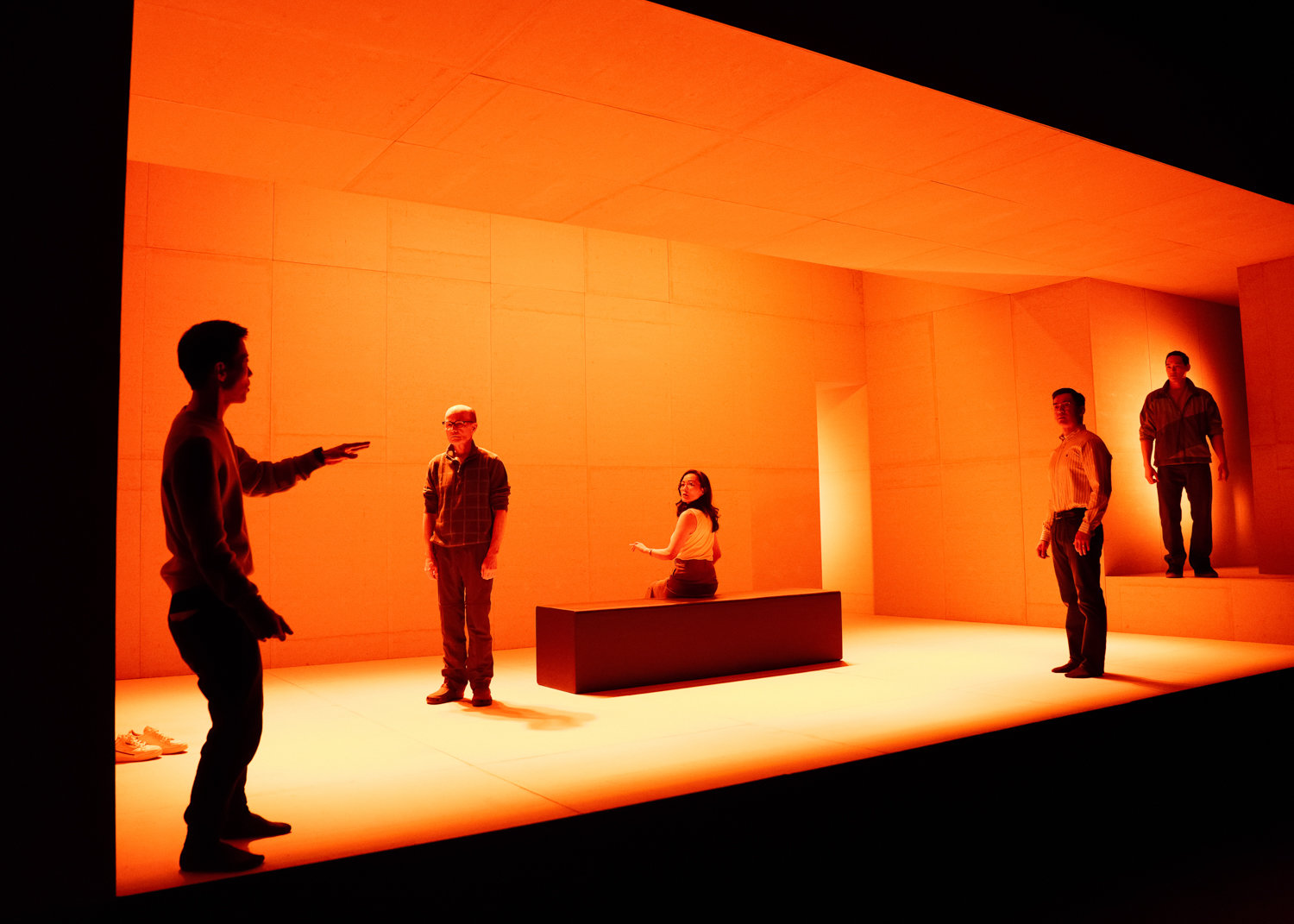 You’ll need your wits about you, however, as mysteries do arise. Visual splendors add a bonus to this whopping tale.

Our hero Henry (the appealing Aaron Yoo) is a breezy charmer. He’s a fan of noir and true crime. And he’s got a case in mind. Look, you can see him winking, while he enjoys the dreamy flirts from his girlfriend, gorgeously portrayed by Mahira Kakkar.

She joins him in some armchair sleuthing. Enter, Janus.

Kimie Nishikawa’s set design is a gem. The feeling up on the stage of the Claire Tow Theater is one of limestone walls and the sturdy antechamber of a castle. The cool architectural asymmetry suits the parallel swoops of Henry’s path.

Adams keeps a diligent cast of seven actors moving in tight unfolding combinations, through a thatch of time and character and shifting points of view.

The effect is, for the most part, spare and direct, and yet also relentlessly thorough in breaking down Henry’s surprise family discovery.

Add to this a spectacle of illusions.

As borders, or counterpoints, or in a widescreen embrace, light projections amplify this chronicle and serve as a visual score etched onto the set by designer Ruey Horng Sun. Shadowy walls and lightscapes loom, plus all of San Francisco.

The flavor and daring of arthouse cinema is one such portal, along with rain, the harbor, the park, and the Golden Gate, and more, all in a precise march. There is also the luscious flux of Mark Barton’s lighting, and some live stage feeds of video.

No shaky handheld business here. The images stretch out the tension of showdowns and clues unearthed.

Such impressionistic touches fit Chen’s saga, with its long trails of curiosity into lineage, identity and loyalty, much of it in the Asian American traditions.

Along the way, we see the dynamics of the generations stumble down the dark streets of the California dream. Henry, especially, has a far trek from his beginnings. A pursuit of deathbed confessions and childhood memories pulls open a one-way door, and turns “The Headlands” into a noir told from within.

A kind of parallel universe arises, with a different kind of gravity to hold it together.

It’s told with terrific style and strong performances all around. The twists in this dynastic whodunit are profound, and tilt a seeming escapade into a personal encounter with horror.