Students find their voices through blogging 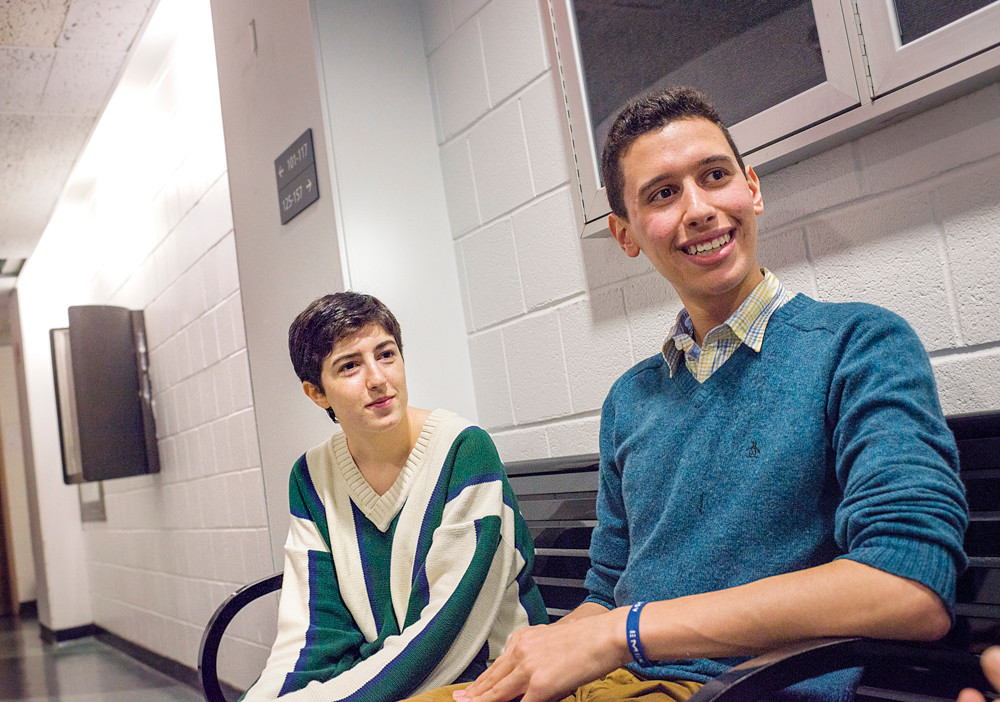 High School of American Studies students Eliana Padwa and Sam Gross speak to reporters on Dec. 17 about running an unofficial blog for the school.
Adrian Fussell / The Riverdale Press
By Isabel Angell

Nearly two years ago, two students at the High School of American Studies at Lehman College (HSAS) realized they wanted a place for students to share their thoughts and opinions, completely independent of the school and administration. Enter Uncommon Sense, a blog the founders dubbed “the entirely unofficial Speakers’ Corner of the HSAS community.”

The name is a play on the official school newspaper, Common Sense.

“A lot of people in our school have a lot of valuable things to say about a lot of different topics,” said senior Sam Gross, who is one of three students running the blog this year. “We think the most important part of addressing any kind of issue is talking about it and encouraging discussion. And obviously anyone can say anything they want to say — you have freedom to speak what you want to speak — but what we try to do is make sure that when you speak, people can hear you.”

Sam, Eliana Padwa and Andrew Shkreli publish the articles on the site www.hsasuncommonsense.com, and then the team will put a link on their Facebook page. Posts tend to get about 1,500 views on Facebook — not bad for a school of 367 students.

While the posts often spark discussions among students, some articles also have helped effect change. For example, last year Eliana co-wrote a proposal to upgrade the health curriculum at HSAS and posted it on Uncommon Sense.

“It definitely prompted change in the school in that people started bringing up the curriculum more and talking about the issues they had with it,” said Eliana, now a junior.

In the article, Eliana and her friend argued that the health course at HSAS needed to cover issues like consent, sexuality and mental health. As it happened, the health teacher was retiring and the school was already planning to revisit the curriculum. Because of their proposal, Eliana and her friend were able to partake in a panel of students that got a model lesson and gave feedback to the new teacher.