To make subways cleanest they've ever been, they must shut down 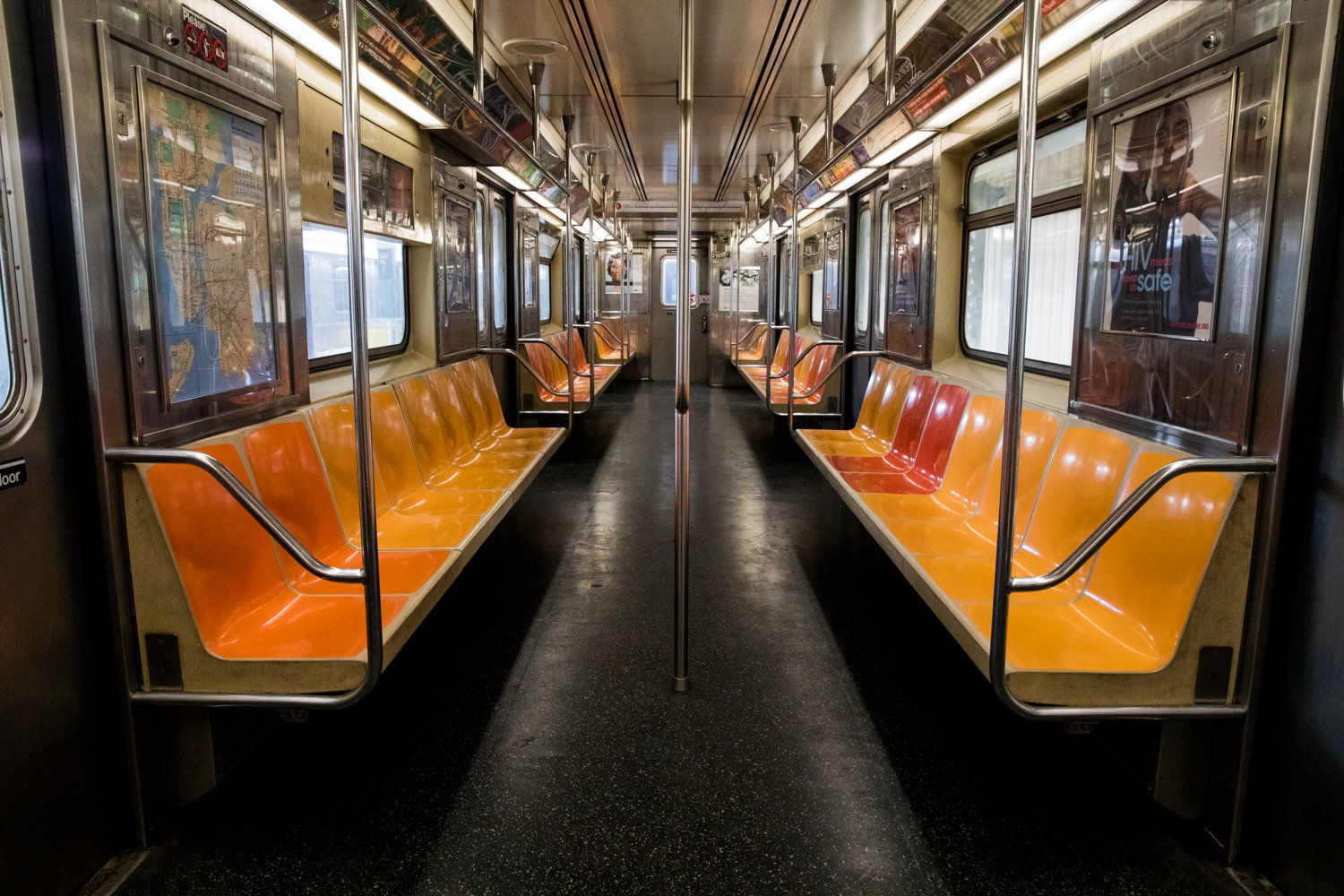 MTA ridership has plummeted since the advent of the coronavirus pandemic, which has led to scaled back service as the agency faces a shortfall of billions of dollars.
JULIUS CONSTANTINE MOTAL
Support Local Journalism

Cleaning the subways and buses has become one of the most important tasks for the Metropolitan Transportation Authority, outside of actually getting passengers from Point A to Point B. But now that cleaning will hit an all-new level — one that will require the city to start shutting down its entire subway system overnight.

The shutdown will run between 1 and 5 a.m., and won't even start until Wednesday, May 6, state officials said. But doing so will allow MTA workers to fully clean and disinfect all subway cars every 24 hours, instead of the current 72-hour cycle.

It's believed to be the first time in the subway system's century-old history that the entire system will be shuttered, even for just a few hours. With train ridership just 6 percent of its normal capacity anyway, there's only been about 10,000 people depending on the subway in the overnight hours, Gov. Andrew Cuomo said during his daily coronavirus press briefing on Thursday. Those passengers will be offered free alternative transit, ranging from shuttle buses, to regular city buses, to even for-hire vehicles like those operated through Uber and Lyft.

"We now have a greater need than ever to disinfect the subways, buses and the stations," Cuomo said. "Why? We're in the middle of a pandemic. This is a place of density, and you have thousands and thousands of people going through these subway stations, these turnstiles, and these buses ... because MTA workers are sick, NYPD officers are sick, and you have fewer people to monitor and maintain the system."

Thousands of MTA workers have been off work because of exposure or positive tests related to the coronavirus, while the New York Police Department, at one point, had nearly 20 percent of its force absent while battling the disease. A good majority of those missing work have since returned to the job, officials said.

While buses and other trains will be cleaned — like those servicing Metro-North and the Long Island Rail Road — MTA officials are not expecting to any service interruption to accommodate that work.

"We know the virus can linger for hours, even days on a surface," Cuomo said. "Which means if somebody positive walks onto a train this morning, that virus can be there tomorrow and the next day. That then changes the whole focus of the problem."

While the virus has indeed survived for many hours on surfaces in lab environments, according to some researchers, it's not clear if the virus remains that hardy in traditional environments, like a subway car.

Cuomo described the new disinfectant efforts as a joint state-city partnership, and even invited Mayor Bill de Blasio to join through a videoconference call, who talked about how this shut down not only could help stop spread the virus, but it might lend a major hand with another issue: homelessness.

"You and I have talked about this idea a lot over the years, and I think when we first met each other, the word 'disruption' was considered a bad thing," de Blasio told Cuomo. "In recent years, it has taken on a very positive connotation. When we disrupt something that isn't working, or has been thought about in a narrow way, we go somewhere that is new and better. That's a positive."

Many homeless have taken to sleeping in subway cars overnight. And with service drastically reduced since the pandemic, more and more homeless were crowding into single trains, de Blasio said. With trains shut down, the homeless population is forced to come to the surface, where the mayor hopes they'll be better connected with shelters and other services.

"It's an unacceptable reality, and this new plan will disrupt that unacceptable reality," de Blasio said about the overnight camping on subways. "It allows us to actually get help to people more effectively, because if you're not going back and forth all night on a train, you're actually coming above ground where outreach people are there to help you."

The governor and mayor working together was an unusual act of unity between the two, who have been at odds with each other at least since de Blasio was elected, and have even clashed when it has come to response to the coronavirus — including when to shut down, and then open schools.

Cuomo still plans to start a slow reopening of the state, beginning with some construction and manufacturing by the middle of May. He also announced plans to allow some hospitals to begin performing elective procedures again, so long as they have at least 30 percent vacancy, especially in their intensive care units. At this point, all the hospitals that qualify are upstate, according to the governor.

While de Blasio might have been praising Cuomo about his action on the MTA, not everyone else as. Betsy Plum, executive director for the Riders Alliance advocacy group, warned that the overnight shutdowns — even with alternative transportation — cannot be a long-term solution in any way.

"Even during a crisis, New York is — and will be — a 24/7 city," Plum said in a statement. "Gov. Cuomo's suspension of subway service must be strictly temporary while a longer-term solution is developed and implemented. And in the meantime, the governor must ensure that riders have access to safe, reliable and frequent replacement bus service."