Taste of college life can be bittersweet, but with a little help, can open doors 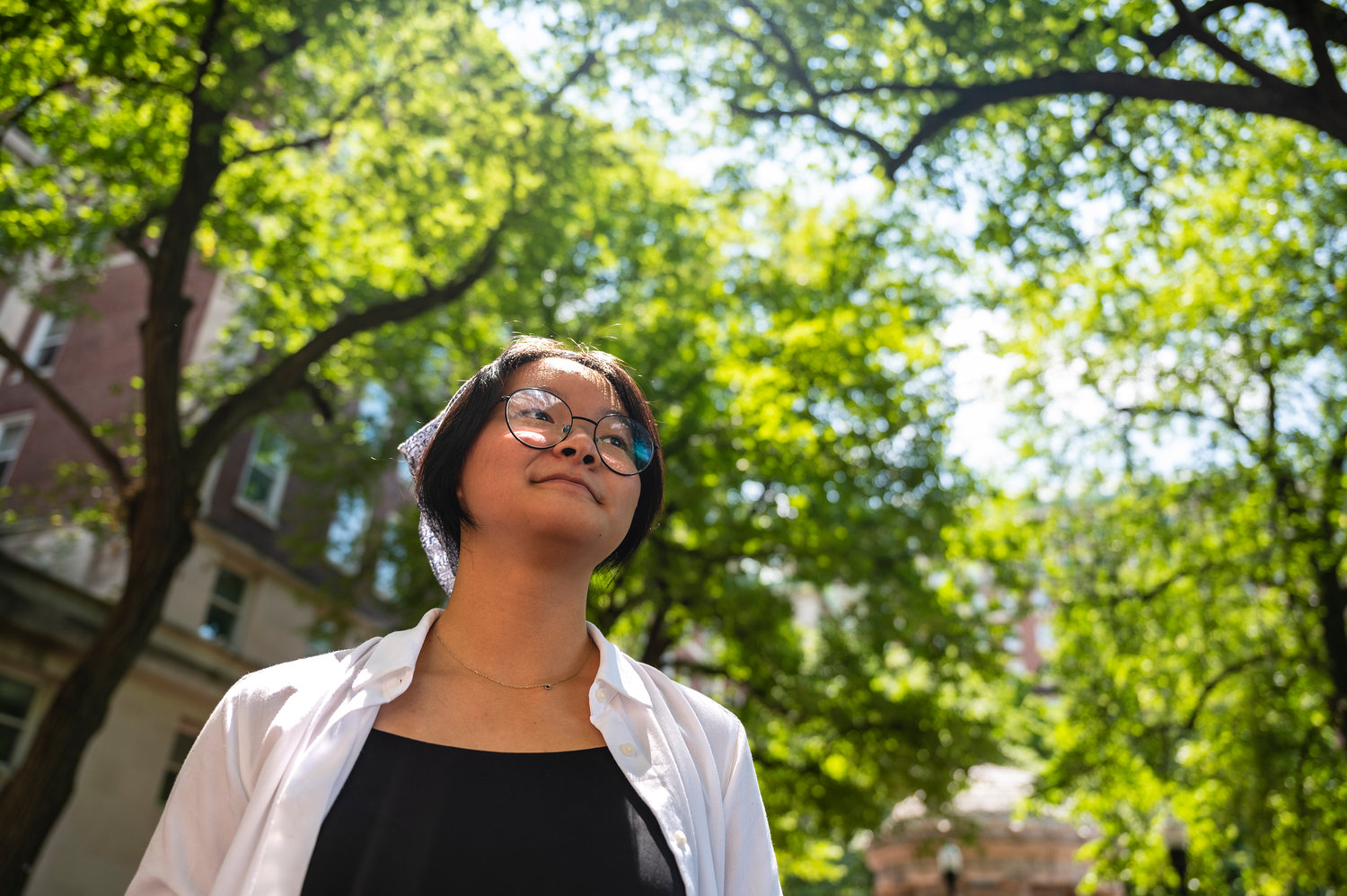 Anny Chen is a rising senior at Bronx High School of Science and is now a Freedom and Citizenship student at Columbia University. For the past few weeks during summer break she has focused heavily on its rigorous program to prepare her for college and open the doors for civic life.
Hiram Alejandro Durán 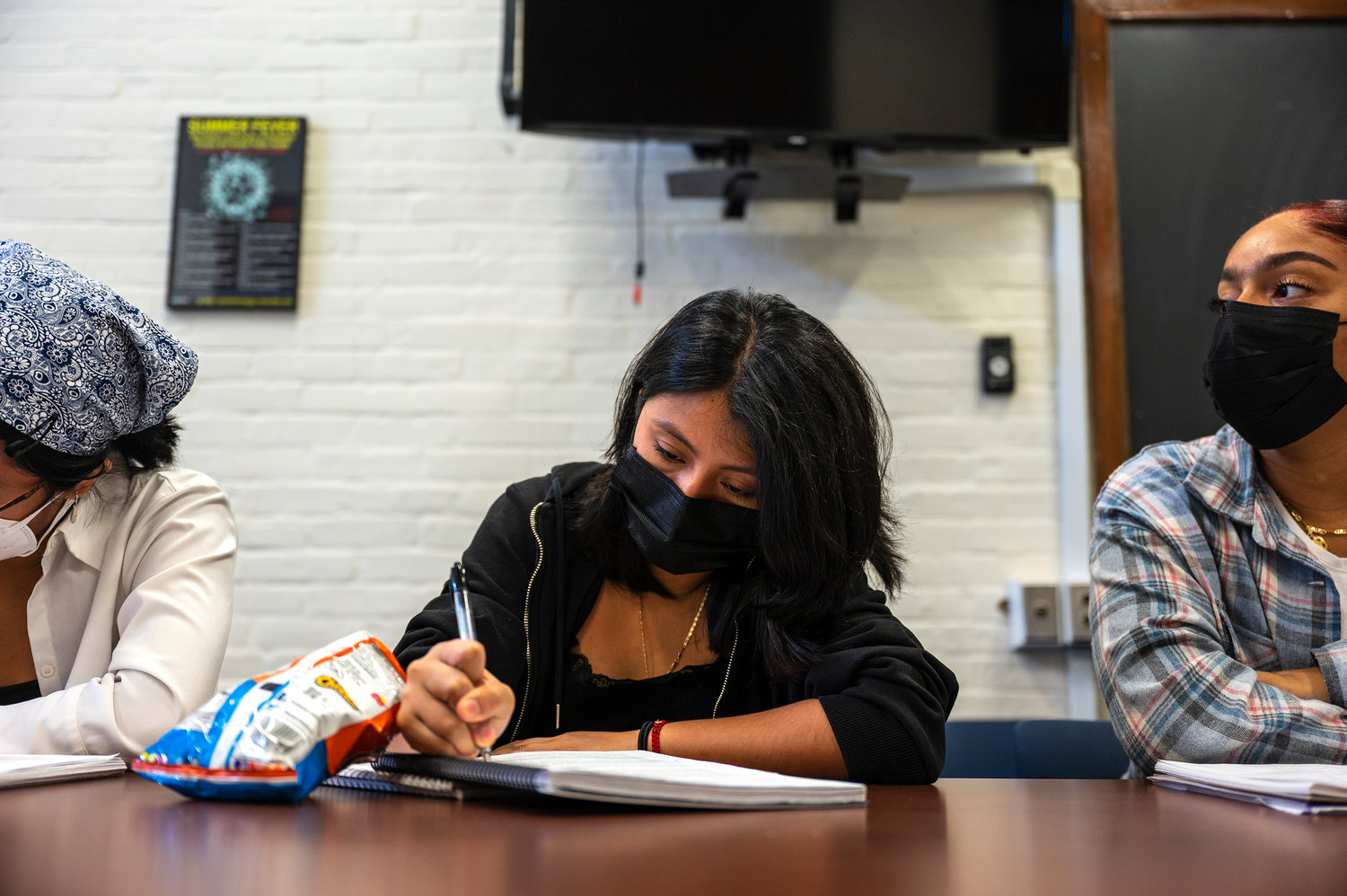 Anny Chen, a rising high school senior, got a taste of college and a life lesson in a three-week session last month at Columbia University.

Even though the sun was scorching hot and the air conditioner struggled to cool down Chen, she and 13 other students studied famous philosophers Aristotle, John Locke and Milton Friedman at the Ivy League school.

As the students look around the table, they could see they were all of minority descent. They listened to their Rene Plessner lecturer in freedom and citizenship discuss the separation of powers in the United States and the importance of checks and balances in capitalism.

The grant-funded program, Freedom and Citizenship, gives students a deep dive into civic responsibilities through philosophy.

Chen was involved in a debate with a fellow student.

They discussed which form of capitalism is better for society.

The other student argued people don’t need to buy iPhones every year Apple announces a new generation, while Chen fired back that is not so. She claimed such a discussion would have never happened in high school.

“This program might be the best thing that’s happened to me this summer,” Chen said.

Growing up in a low-income Chinese household, she always felt that using her voice in a large classroom was intimidating.

Chen attends the Bronx High School of Science, where a typical class has 33 students and are heavily focused on traditional studies.

“We think of citizenship as an action rather than status, it’s about engaging in their communities and improving them,” said Jessica Lee, executive director of Freedom and Citizenship.

“A majority of our students don’t plan on being a humanities or social science major in college,” Lee said.

In fact, Lee said a student once mentioned during seminar his intention of pursuing a career in medicine, not philosophy.

Lee understands opinions such as these and accepts students’ decisions entirely, but to her philosophy is everywhere.

Even as a doctor, philosophy is important, she said. Philosophy helps solve complex problems people face in their life. It helps develop thinking skills.

Chen is one of those students who doesn’t want a career in the social sciences. She is interested in marketing or business management.

Since Chen was unsure what she wanted, when it came to learning philosophy she came into the program with trepidation. Yet, her motivation increased as she learned the importance of civic leadership.

“Within the seminar and understanding the opinions of other people and realizing my voice really matters — it’s really powerful,” Chen said.

Chen and her new friends entered the program in different ways. Some were referred from the Double Discovery Center, which works with low-income students and first-generation students to ensure their success after high school.

Lee said the program accepts students across the academic spectrum, but not all of them are straight A students.

“Whenever we find a counselor (in school) who’s really interested, invested, we can get up to 14 students from one high school,” Lee said. “Other important things are students preparation for the site. If I go into a school, these kids have never heard of a pre-college program.

The program requires a transcript and an optional letter of recommendation.

As Chen applied, she went through the process to prove her readiness for the program.

She believes she has the courage now to bring everyone together despite their race and ethnicity as she can promise a greater future for the next generation’s children.

Chen headed into this program with a strong sense of importance for her education.

After each reading, there is a small discussion where students share and debate their opinions.

“Over this summer, I definitely developed methods to think for myself and learn about how society is and how other people might perceive it,” she said.

“During class, we would talk about institutions of capitalism, and we are reading all of these texts that shaped the culture that we have here today in America,” Chen said. “I feel like philosophy is really applicable to how I look upon the practice of business, how I look at the world, how society has developed and what I can do to change it.”

During the few weeks she was on Columbia’s campus she felt that the program helped her how to read.

“I hate to say it, but in high school, I never annotated, I used to read and after summarize a version in my head,” Chen said. “Coming to this program I underline stuff; I write stuff on the margin and I think about ideas.”

She realized that her required essays improved tremendously.

After all the learning, she realizes she is homesick. She stayed in Columbia’s dormitories, leaving her family in Elmhurst behind.

“In a Chinese household missing a meal is disrespectful to both your parents and your ancestors,” she said.

During high school, she focused on a lot of extra-curriculars and arrived home at 7 to 8 p.m. Chen said she felt bad about her absence during her family meals.