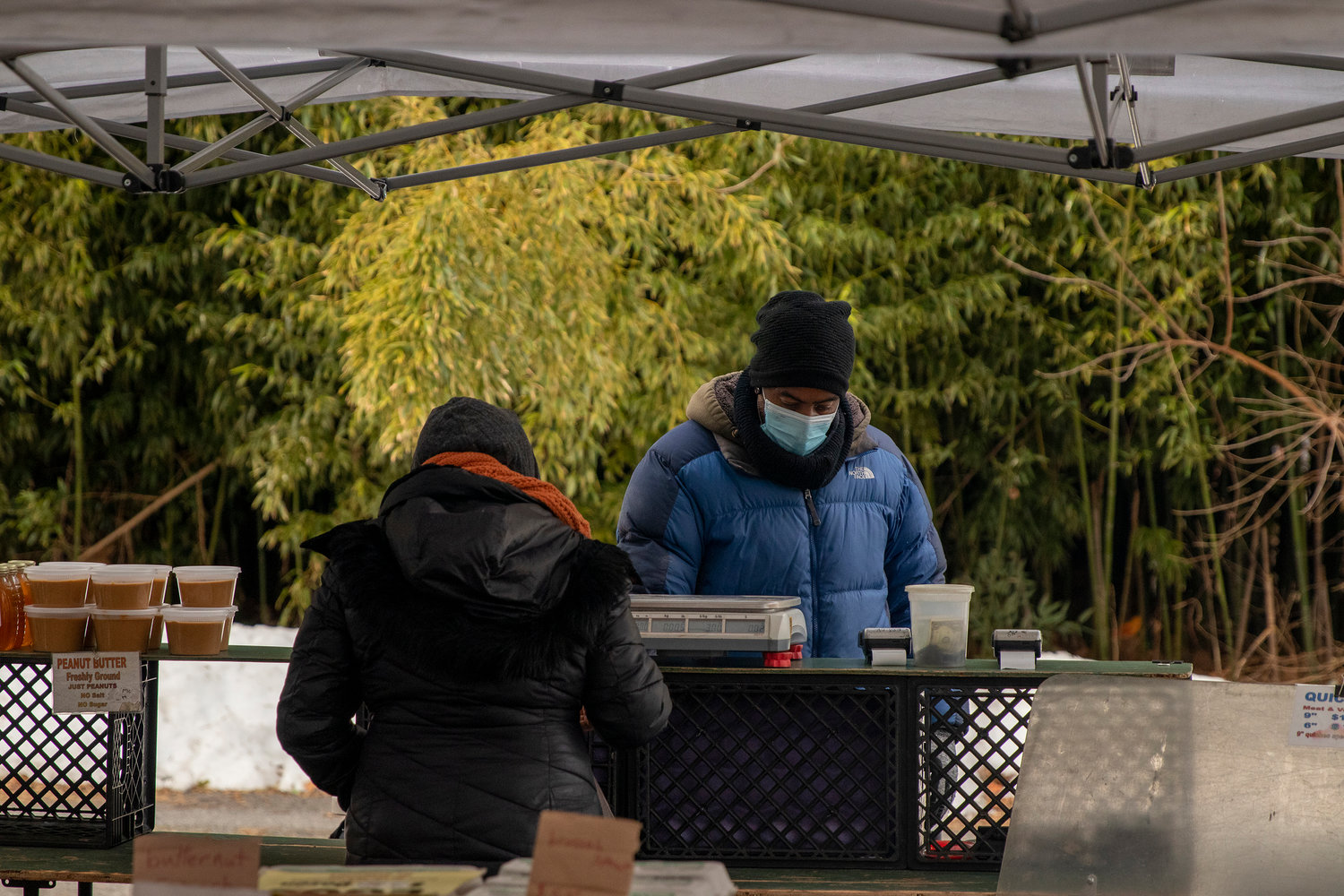 For the first time since it started roughly a decade ago, The Riverdale Y Sunday Market is open for winter at 4545 Independence Ave. Shira Silverman, who runs the market, says it did rather well with foot traffic during its first week of the season — attracting more than 360 customers.
BRIAN ASARE 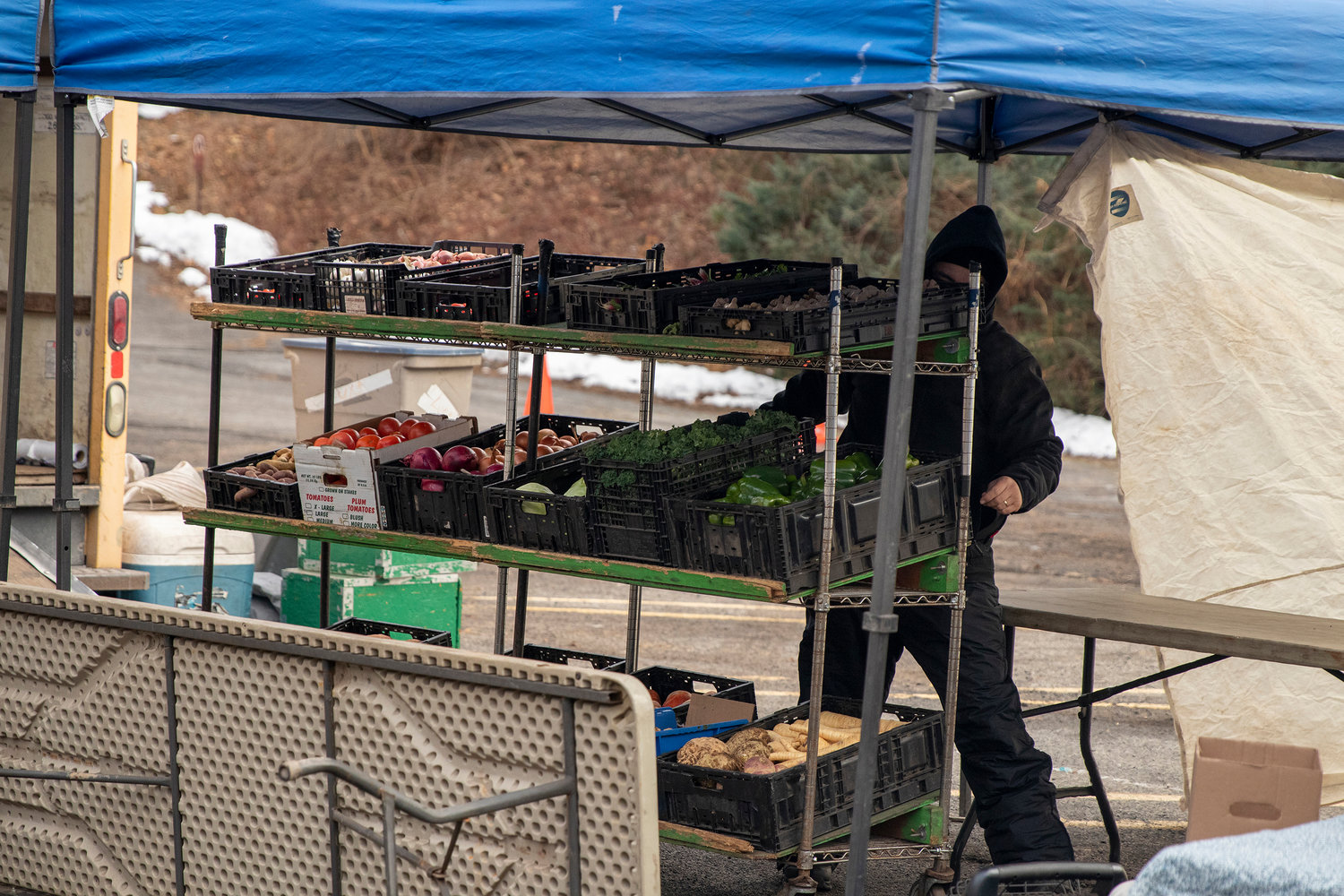 Shira Silverman, who runs The Riverdale Y Sunday Market next to Riverdale Temple, says she decided to open the market in the winter for the first time because so many of her customers requested it. Silverman looks to add new vendors who can provide hot prepared foods and warm beverages to get shoppers through the cold weather.
BRIAN ASARE
Previous Next
By ETHAN STARK-MILLER

The Riverdale Y Sunday Market is not just a place to get fresh groceries — it’s a vital space for community.

Except there was a problem: The market next to Riverdale Temple on Independence Avenue didn’t operate during the winter. Traditionally, manager Shira Silverman said, the market’s season started at the beginning of April and shut down right before Thanksgiving.

But this year, Silverman has changed things up. She reopened the market earlier this month, planning to keep it going — not just through the winter, but the entire year.

“What this market is about is to make it possible for everyone to get the things that they need during the winter,” Silverman said.

“Which everyone has expressed the desire for over the course of the year.”

While this will be the first time this particular market is open through the winter, year-round farmers markets are actually quite common in other parts of the city. GrowNYC — which runs a large network of farmers markets across the five boroughs — keeps all of its 24 green market locations open year-round.

The Sunday Market at 4545 Independence Ave., did rather well with foot traffic opening weekend.

“We had a good chunk of our regulars last week,” Silverman said. “So, we have 361 people counted. And I’ll bet you anything that 361 people bought something. Because that’s the only reason to come during the winter.”

Luis Garcia — who sells Orwashers bread — says the Riverdale market is the only one where he’ll sell his baked goods this winter. Of course, he must admit he’s suggested the market stay open in the winter since even before Silverman came on board to manage things back in 2019.

Yet it was growing demand that fueled a peek at maintaining a full winter market, Silverman said. Some elements of that were developed in what she called “market lite” — A limited preorder-only version of the market set up specifically for selling fresh produce during some of the worst days of the coronavirus pandemic.

“Because people still weren’t feeling good about going into the supermarket,” Silverman said. “So, it was like community-supported agriculture. You could get your bread, your vegetables, your coffee, your meat and dairy from General Cochran Farm. Your micro-grains. And Eco Bronx started during the winter, so you could get your various sustainable products that you needed.”

For this year’s full winter market, Silverman stepped up her game, bringing together most of the core vendors who populate the market’s stalls during its regular season. Some of the vendors braving the cooler air include the aforementioned Orwashers and Eco Bronx, as well as The Cheese Guy, Do Re Me Farms, and Orchards of Concklin. 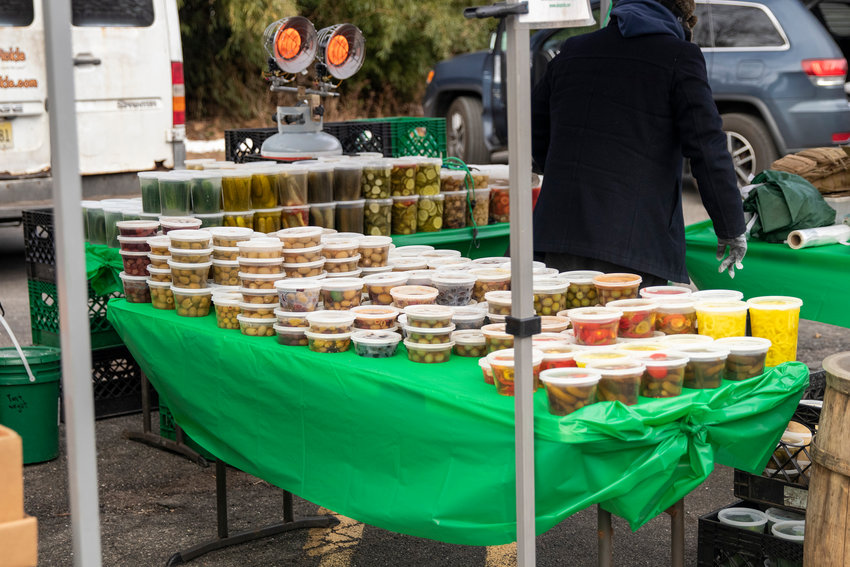 The Riverdale Y Sunday Market at 4545 Independence Ave., is open for the winter for the first time since it started roughly a decade ago. Shira …

Then other vendors like Bronx Bound Books, the Cardamom Man, Doc Pickle and House of Jubbs will be around on scattered Sundays throughout the season.

While that’s a good turnout for an off-season market, it’s not quite the number of vendors Silverman has during warmer times of the year. That’s why she’s on the hunt for new vendors to fill those empty stalls — looking specifically for those selling seasonal products.

What that means, Silverman said, is she’s looking specifically for vendors who sell hot prepared foods, soups and hot drinks.

Silverman is still in the process of reaching out to local restaurants to gauge their interest in participating. She thinks joining the market is an appealing option for restaurants looking for an extra venue and way to attract new customers — especially amid the omicron variant surge of the pandemic.

Customers aren’t the only ones trying to stay warm at the market. Vendors must stand in the frigid temperatures several hours at a time.

But, Garcia said, the cold air is manageable as long as you come prepared.

“I’m there with somebody who helps me, and we both dress warmly and stand on cardboard and wear very good socks,” Garcia said. “We just have to switch off sometimes if somebody has to go inside to use the bathroom. But it’s doable.”

Just because it’s the winter doesn’t mean the market has to limit itself to selling groceries and food. Later this season, Silverman hopes to add live music and even winter-appropriate activities for children.

“Standing at a table with a crayon is probably not the way to go during the winter,” Silverman said. “So, maybe we could come up with some physical games, where they would run around and warm up.”

This kind of creative thinking, Silverman said, is the key to making the market successful in the winter. And, she added, it’s already paying off and serving as motivation to make it through until spring.

“People were really grateful that it was there,” Silverman said. And “we’re in this. We’re in it to win it.”