Sunday on the Hudson with former Rep. Eliot Engel

Co-op and condo group honors one of its longest standing D.C. champions 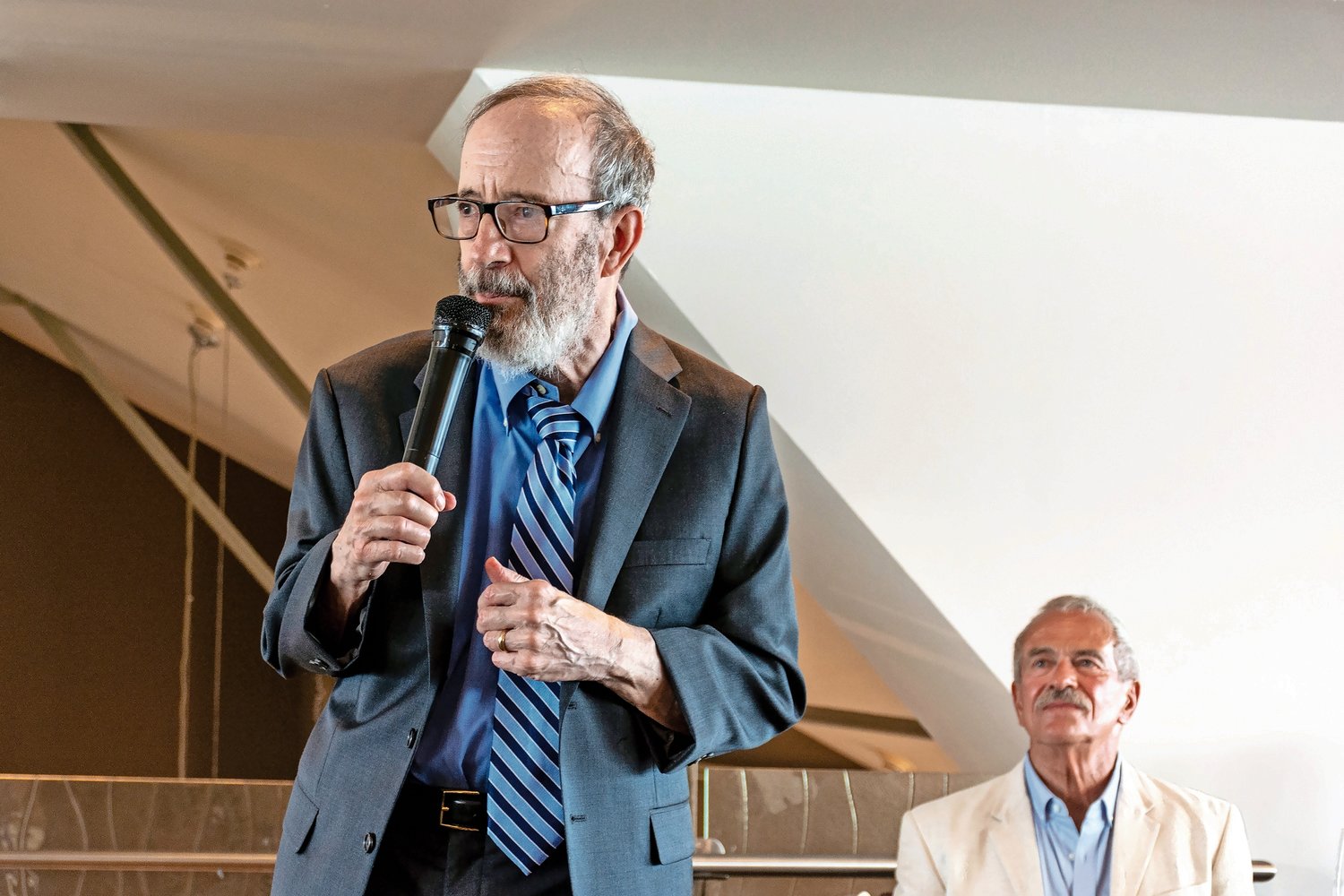 Eliot Engel was the guest of honor at The Association of Riverdale Cooperatives & Condominiums’ annual dinner at X2O Xavier’s on the Hudson June 26. ARC president Stephen Budihas is at right. Assemblyman Jeffrey Dinowitz, a co-op owner himself, below, had nothing but great things to say about the former congressman.
ABIGAIL NEHRING / Photos
Support journalism

Co-op owners got together Sunday in their old haunt atop X2O Xaviers on the Hudson to chat about the year’s hottest topics — reverse mortgages and criminal background checks — and to revisit a few evergreen ones — tax abatements, boiler replacements. There was nary an N95 mask in sight, just the sun glinting off the river and an operatic view of the midtown skyline in the distance.

The Association of Riverdale Cooperatives & Condominiums skipped its annual dinner last year and the year before, but in 2022 a semblance of normalcy finally seems to be returning.

“Sometimes the good news is buried,” ARC president Stephen Budihas told the assembled guests. “You’ve had to deal with virtual meetings, proxy voting. What are all these faces on a screen? You didn’t sign on for all that, but your buildings are still here. Your neighbors are here, and we should all be thankful.”

Despite the pandemic’s disruption, ARC has remained active on its legislative goals the past two years, winning an amendment to the 2019 Housing Stability and Tenant Protection Act favored by many co-op and condo associations.

The amended law, which Gov. Kathy Hochul signed in December, raises the late fee co-ops are allowed to impose from 5 to 8 percent.

They also successfully fended off lawmakers’ most recent effort to regulate certain aspects of how co-ops screen potential buyers, such as placing time limits on the review period, requiring written explanations when co-ops reject buyers, and eliminating criminal background checks.

ARC also invested in its own members this year with a mini-grant series that awarded funding to 13 co-ops for small-scale property renewal projects costing $500 to $2,000.

In October last year, ARC held a re-opening dinner in the same room, “with no agenda,” said Budihas.

This time they were joined by U.S. Rep. Ritchie Torres, Assemblyman Jeffrey Dinowitz, Councilman Eric Dinowitz, and guest of honor former U.S.Rep. Eliot Engel, who was presented with a gift certificate to Enzo’s Of Williamsbridge in east Bronx. Engel is evidently known to be a lover of stuffed clams.

Engel served 16 terms as a U.S. representative for north Bronx and southern Westchester Counties from 1989 to 2021 and was an Assemblyman before that from 1977 to 1988. He is a co-op owner himself and in the 1980s he chaired the Subcommittee on the Mitchell-Lama Housing Program.

Guests chatted about solar panel installation and emotional support animals, among other prescient issues their co-op boards were tackling. Assemblyman Dinowitz made his rounds from table to table reminiscing about such Riverdale moments as the tornado of 2010.

With the 40th anniversary of its founding approaching, ARC now counts upwards of 100 Riverdale co-ops among it its members.

Board chairman and ARC co-founder Ted Procas said he knew little about real estate when he undertook converting his pre-war rental building into a co-op in 1984, the same year ARC was founded.

“It was a real learning process,” Procas said. “That’s why we created ARC. It’s organizations like this that provided the expertise on how to manage these buildings.”

As servers around us began taking orders for coffee and tea, Procas reveled in the progress of co-ops.

“My building had 1,000 broken windows,” Procas said. “And the landlord would not spend a dime to fix it. The back terrace, which is a huge area, was blacktopped. If you visit the building now, you’ll see a totally different thing. There are tiles all over the terrace. There are flowers people are growing on the terrace. All the windows are fixed.

“That’s co-oping. We took the power away from the landlord and eliminated the profit motive.”