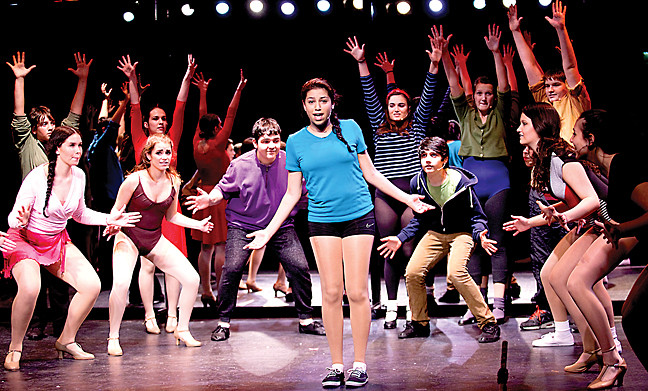 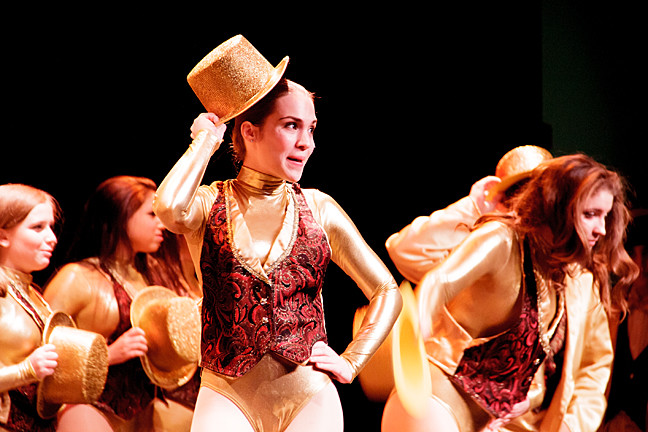 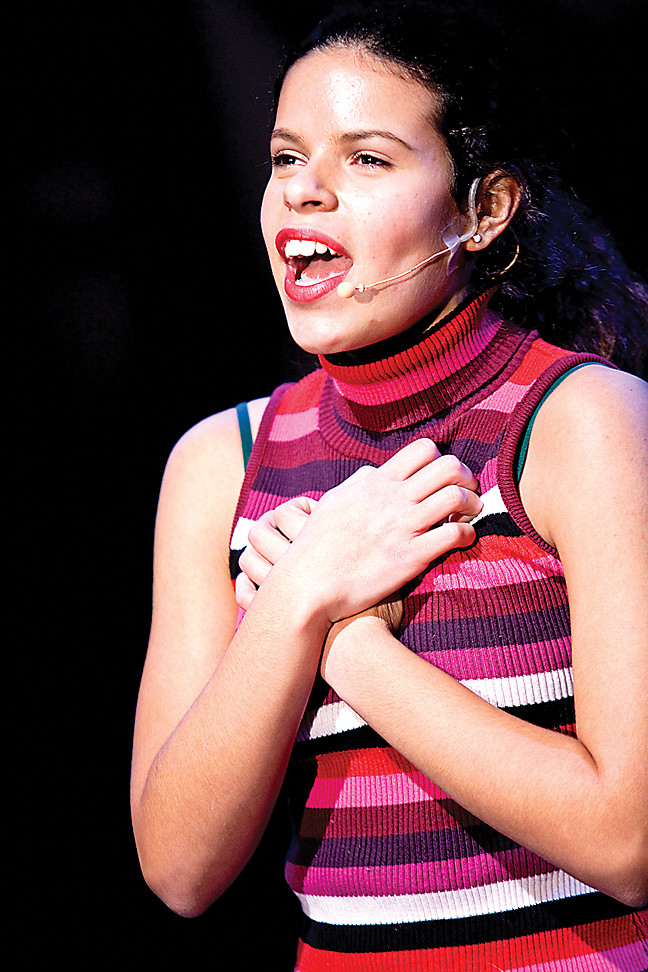 Isabel Rodriguez pours out her heart as Diana.
Photo by Stacy Natal 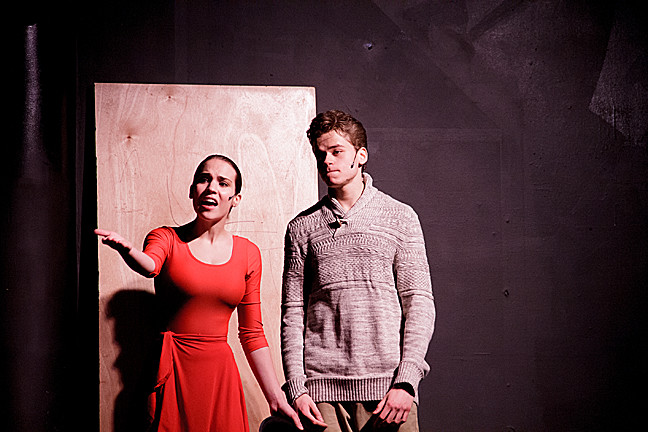 "A Chorus Line” boldly takes on insecurities about one’s body, relationships and future. What show could be more apt for a group of teen performers?

The Riverdale Rising Stars have filled their current run of the modern classic with all the angst of adolescence. From the character Val’s (played by Stella Berfas, 17) frank monologues about perceived shortcomings with her body to Cassie’s (Casandra Hernandez, 17) fear that she cannot act, the heavy concerns at the center of the musical get a refreshingly youthful touch in the show happening at The Riverdale Y through Sunday, Jan. 4.

The performance starts off with an exposition of insecurities held by the characters, who are all desperate to be in an unnamed Broadway show. No-nonsense director Zach (Julian Bar-Illan, 18) quizzes a line of auditioners to discover one is hoping to make her break, another is staving off career doom and everyone is teeming with concerns about whether it will all work out in the big city.

Speaking after the performance, several members of the Rising Stars — which has nurtured many a theater aspirant in its 13 years of existence so far — said they could relate to their characters’ fears about show business.

When asked whether he brought any personal experience to bear on his performance, Kene Kavanagh, a freshman at the David A. Stein Riverdale/Kingsbridge Academy (M.S./H.S. 141), said, “Yeah, I brought insecurities to the show.”

Jenna Solomon, 18, said she wants to go into show business and could relate to her character Sheila’s career concerns. But she added that portraying Sheila’s problems at home did not come easily.