The dentist will see you now … in Israel 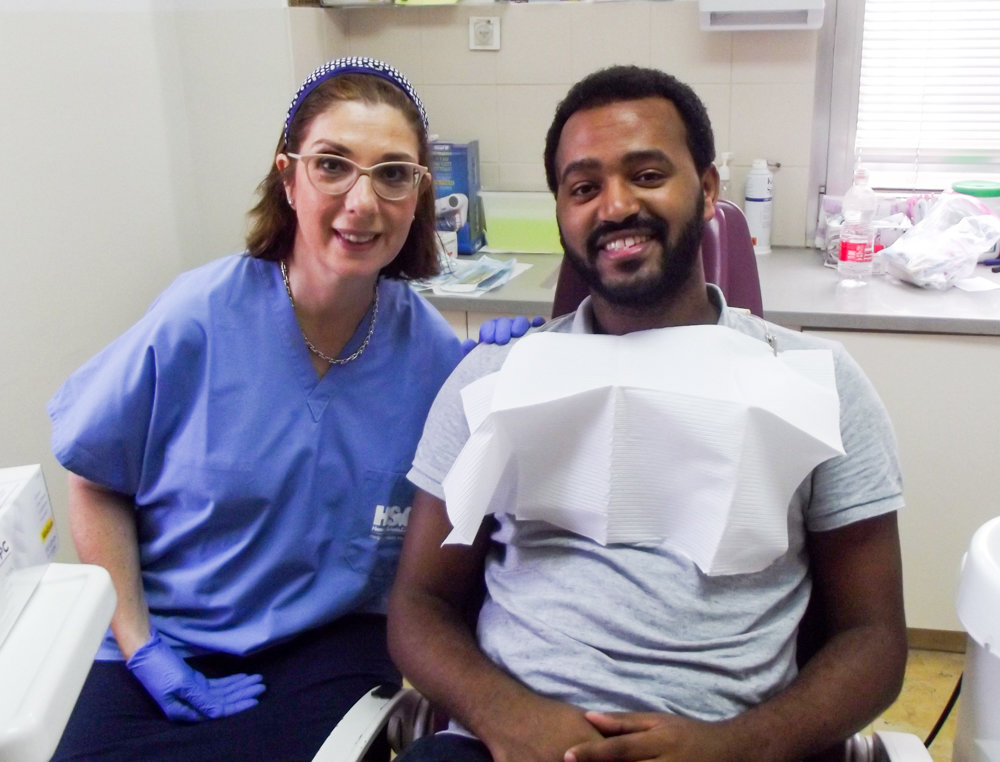 Dentist Sandra Molinas smiles with a patient at a clinic in Jerusalem. Molinas recently traveled to Israel as part of the Dental Volunteers for Israel program, which provides free dental care to those who need it, and which Molinas has been a volunteer for more than five years.
Courtesy of Sandra Molinas 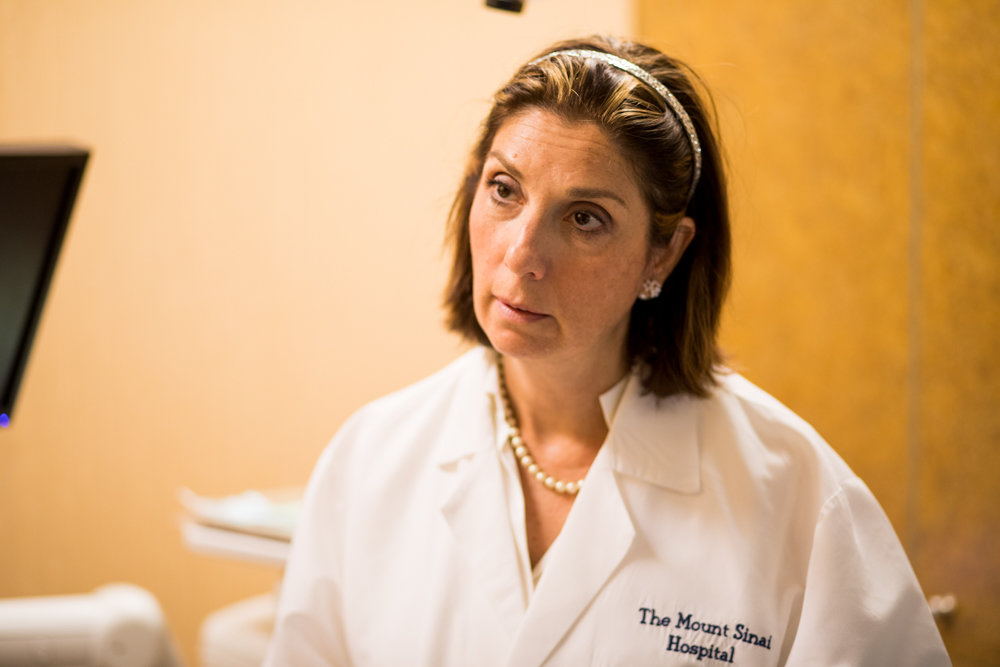 Dentist Sandra Molinas speaks with a patient’s family member at the Family Health Center of Harlem. Molinas has been a volunteer for more than five years at the Dental Volunteers for Israel program, which provides free dental care to those who need it.
JULIUS CONSTANTINE MOTAL 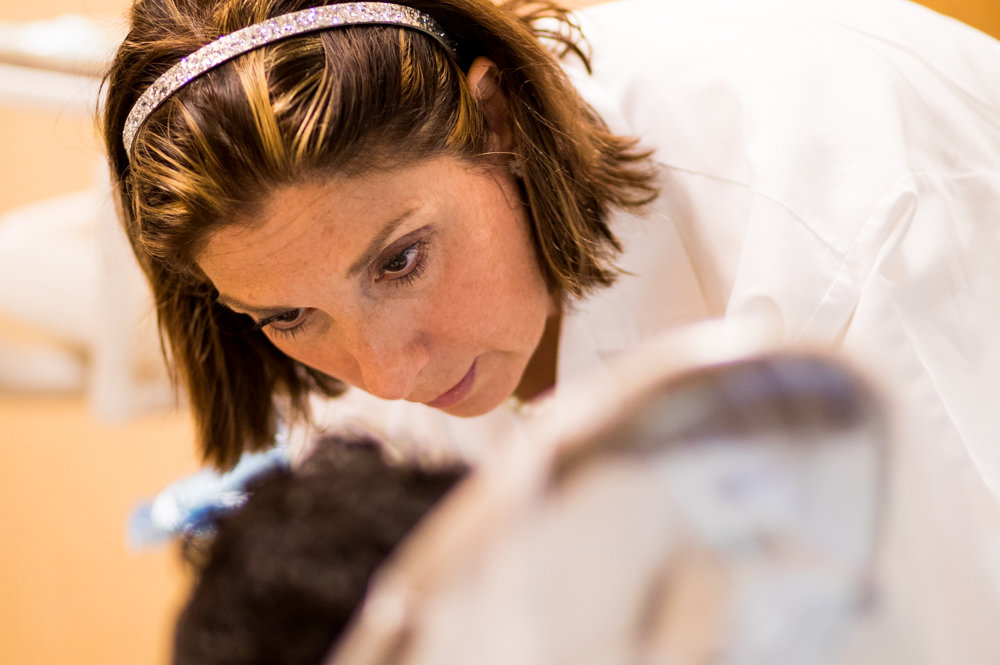 Dentist Sandra Molinas takes a close look at a patient’s mouth at the Family Health Center of Harlem. Molinas recently traveled to Israel as part of the Dental Volunteers for Israel program, which provides free dental care to those who need it.
JULIUS CONSTANTINE MOTAL 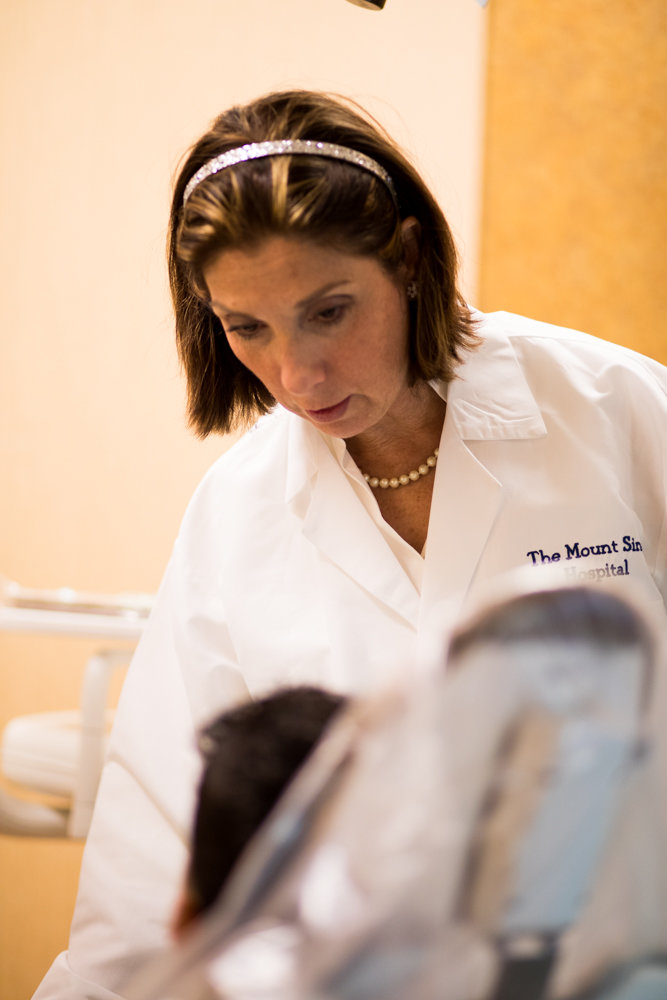 Dentist Sandra Molinas speaks with a patient at the Family Health Center of Harlem. Molinas recently traveled to Israel as part of the Dental Volunteers for Israel program, which provides free dental care to those who need it.
JULIUS CONSTANTINE MOTAL
Previous Next
By SIMONE JOHNSON

For the past five years, Sandra Molinas has journeyed to Jerusalem — not to sightsee, but instead to see patients.

She is a dentist participating in Dental Volunteers for Israel, which provides free dental care for Jerusalem’s youth and elderly. However, when Dr. Molinas isn’t on dentist duty in the Middle East, she is a Riverdale resident working at Mount Sinai Hospital while teaching medical residents at Saint Barnabas Hospital.

“I signed up for DVI to share my skills with children who would never have access to a periodontist,” Molinas said of the specialty practice that focuses on the supporting structures of teeth. “The most difficult part is seeing some of the homeless teens and the families from the women’s shelter.”

Each year, DVI helps more than 2,700 young people and 200 older adults, all part of a program that has been around since 1980. Not only do patients receive dental check-ups, but Holocaust survivors are also fitted with dentures.

Volunteers come from all around the world to treat the diverse array of patients at the clinic, including not just Jewish clientele, but also Palestinian and African refugees, Ethiopian immigrants, and Muslims. Diversity doesn’t stop at the dentist’s chair. Participating doctors come from all walks of life as well, including Christians, Palestinians, Mormons and even someone from as far as South Korea.

However, Molinas isn’t the only local dentist who offered her services overseas. Sheldon and Valeria Lindenfeld, Benjamin Lopkin, Pearl Sussman, Michelle Marciano, and Michael Suh are also Riverdalians who volunteer in the program.

DVI is the largest free dental clinic in Israel, offering oral health care and education. They not only perform cleanings, but also teach oral hygiene. At the end of that class, patients walk away with toothbrushes, toothpaste for sensitive teeth, and anything else a person would need for their dental health.

“When you want to help someone who is suffering, you don’t give them shoes you’re going to throw in the garbage,” said Michelle Levine, director of international relations and development at DVI. “You give them new shoes. You give them the same you would give your child.”

Some dentists who volunteer with the program even close their own practices for a week or so to come to Jerusalem to help, Levine added.

Children at the DVI clinic receive pretty much the same services a child in New York City would receive, Levine said. When it comes to dental care in other countries, extractions are usually the method of choice. But at DVI, dentists strive to do restorative dentistry, bringing together a plethora of specialists to accommodate specific needs.

“When it comes to job interviews, having missing teeth creates challenges,” Molinas said. “Studies show that the more teeth you retain, the longer you live in part because healthier foods are more difficult to eat.”

Molinas grew up in the Bronx and has lived in Riverdale for 30 years. She graduated from Bronx High School of Science and later Barnard College. She then traveled up Broadway to the Columbia School of Dental and Oral Medicine.

Molinas has learned over the years that the demographics of the patients at Saint Barnabas are not that much different from the ones she treats in Jerusalem. For her, the most rewarding part of the program is giving back to those who need it the most.

Research shows direct correlations between poverty and poor dental health. Levine wants to break that cycle, one mouth at a time, and works hard to recruit volunteers locally. Many of the dentists in the program are specialists using donated supplies.

And at least according to Levine, there’s really no other clinic like it.

“Sometimes the patients bless the dentist so profusely and with such passion, and it’s common to get this kind of blessing,” Levine said. “The reaction of the dentist who is receiving this blessing is not something they’re used to, and it’s very moving. It’s very spiritually moving. And I think it’s one of the reasons why some of these dentists come back again and again.”