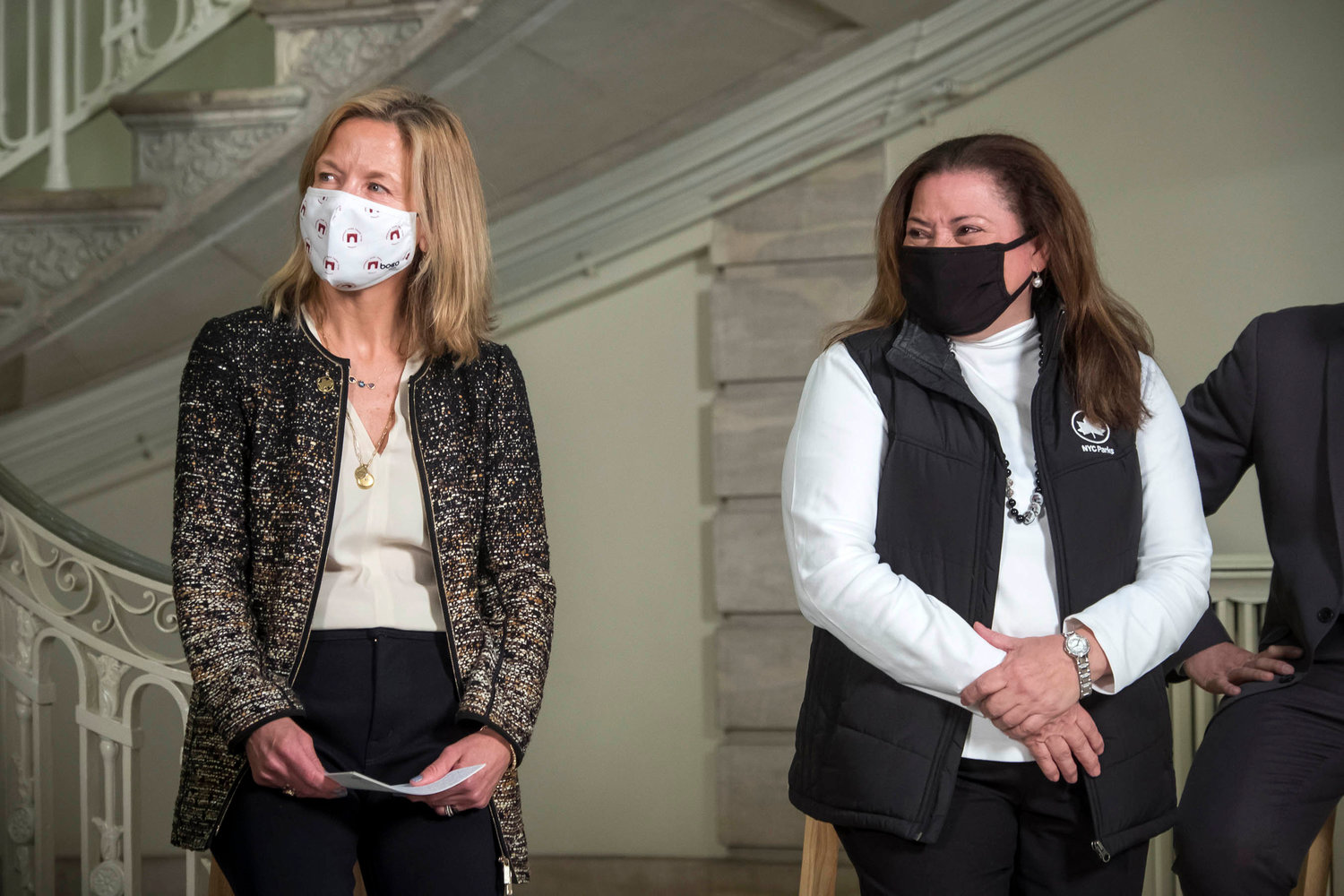 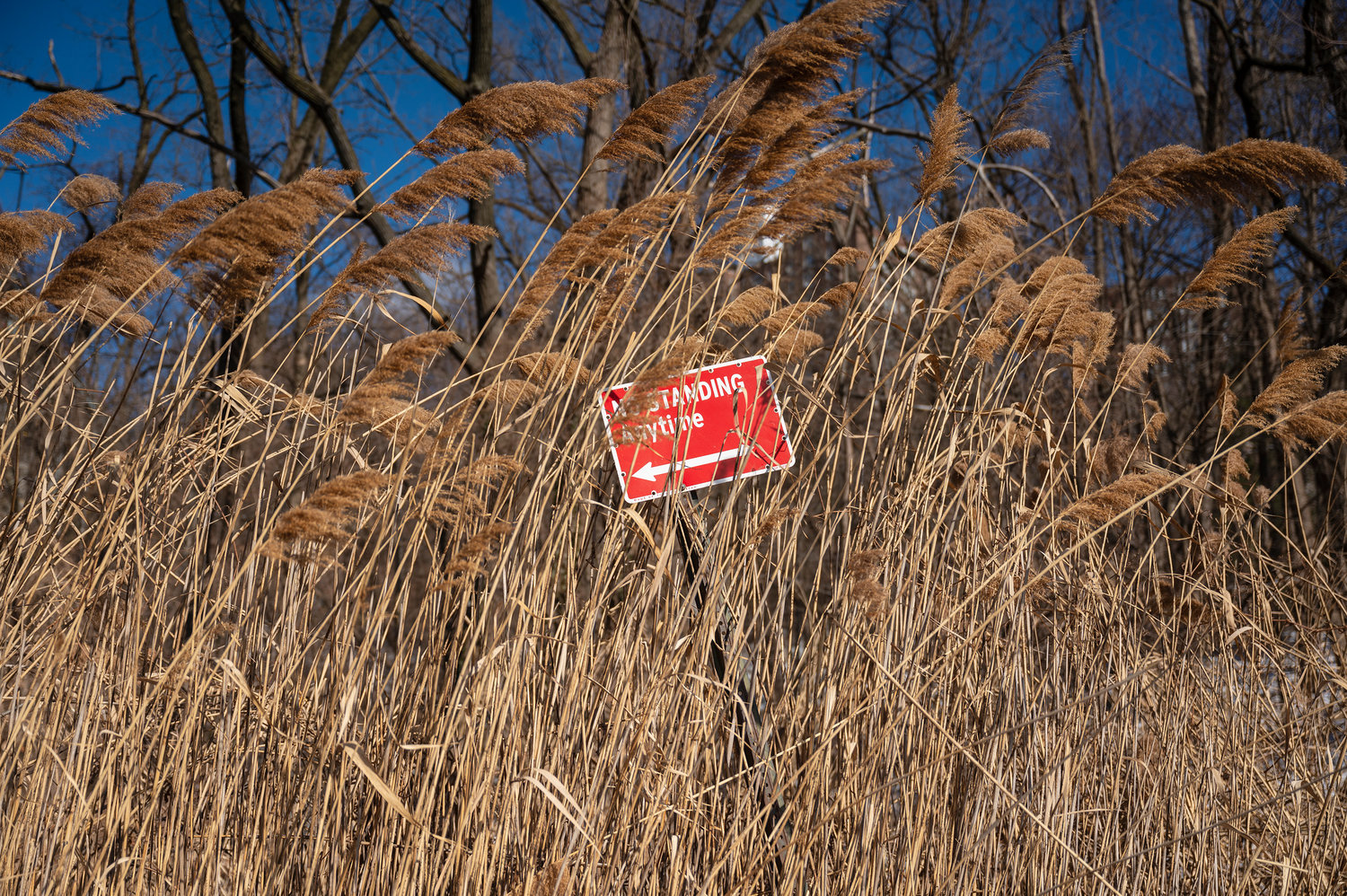 Street signs are buried in the plant life around Spuyten Duyvil Park between West 236th and West 237th streets. The mayor’s plan to remove them requires more workers — and with that, more city funding — which could be some of the biggest spending increases devoted to green space in decades.
Hiram Alejandro Durán 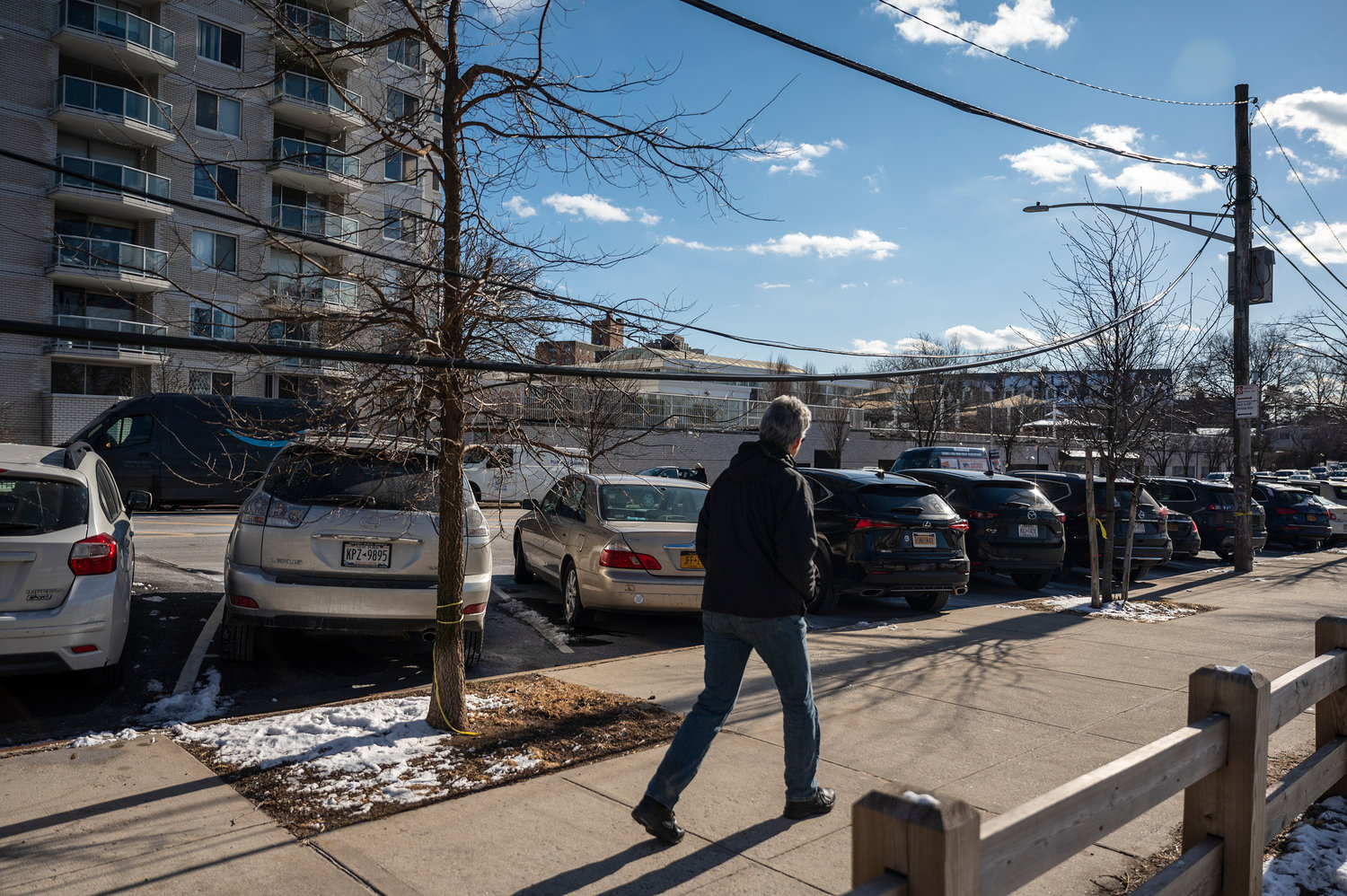 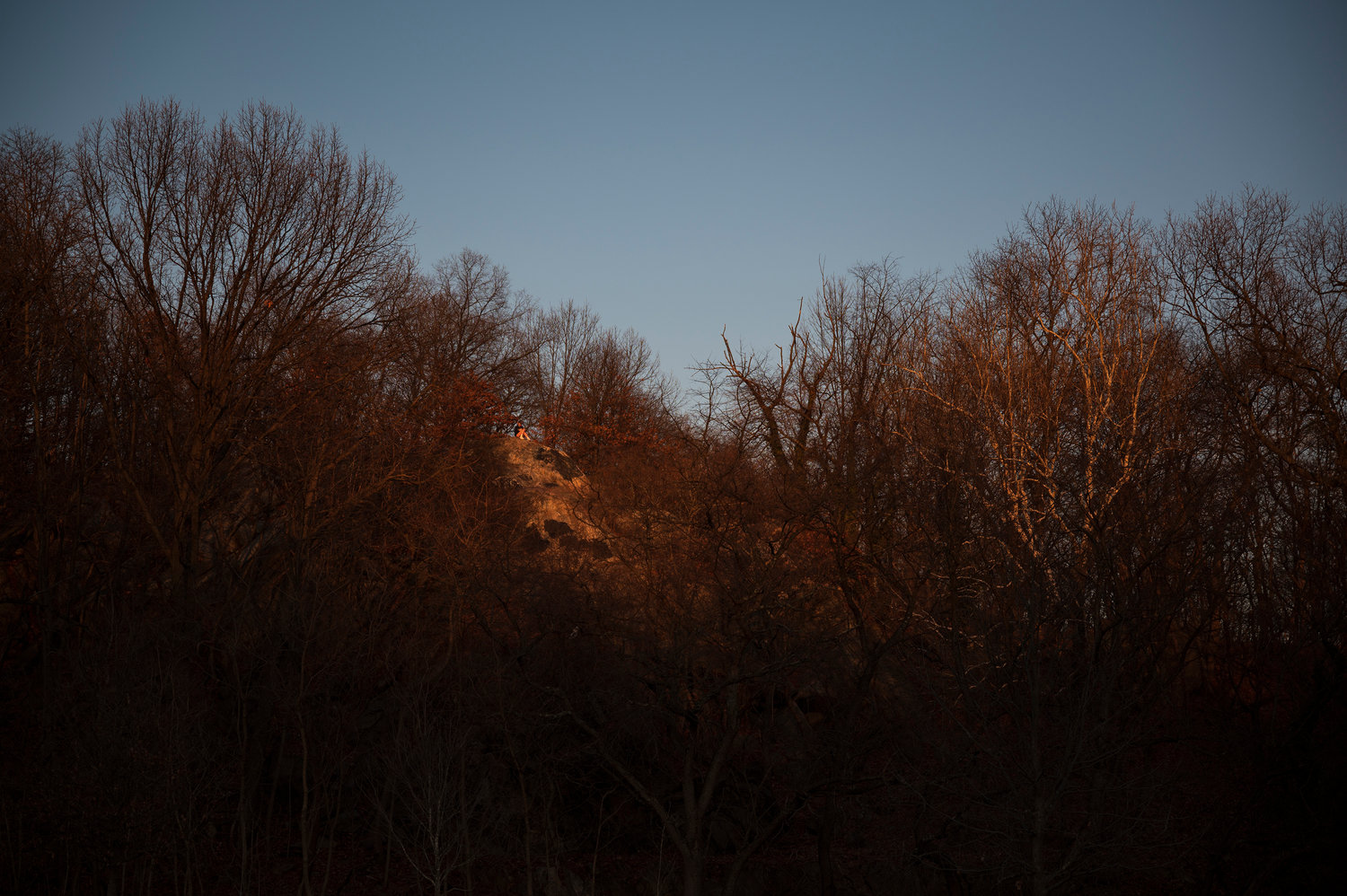 Van Cortlandt Park showcases its forest-like features with a large number of trees. The Van Cortlandt Alliance is tasked with helping to maintain the park by picking up trash or raking leaves. And sometimes deal with puddles as well after storms.
Hiram Alejandro DurÃ¡n 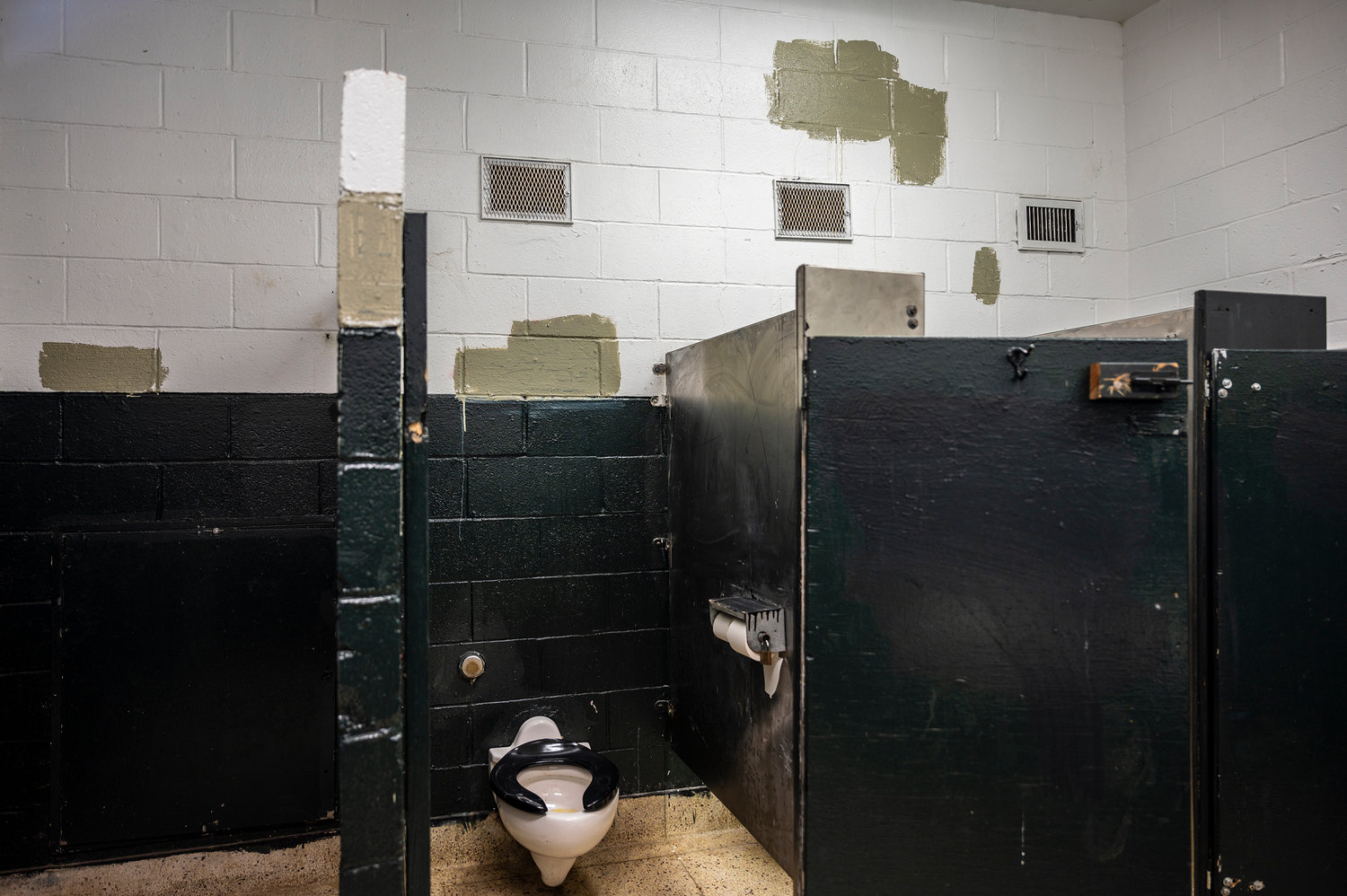 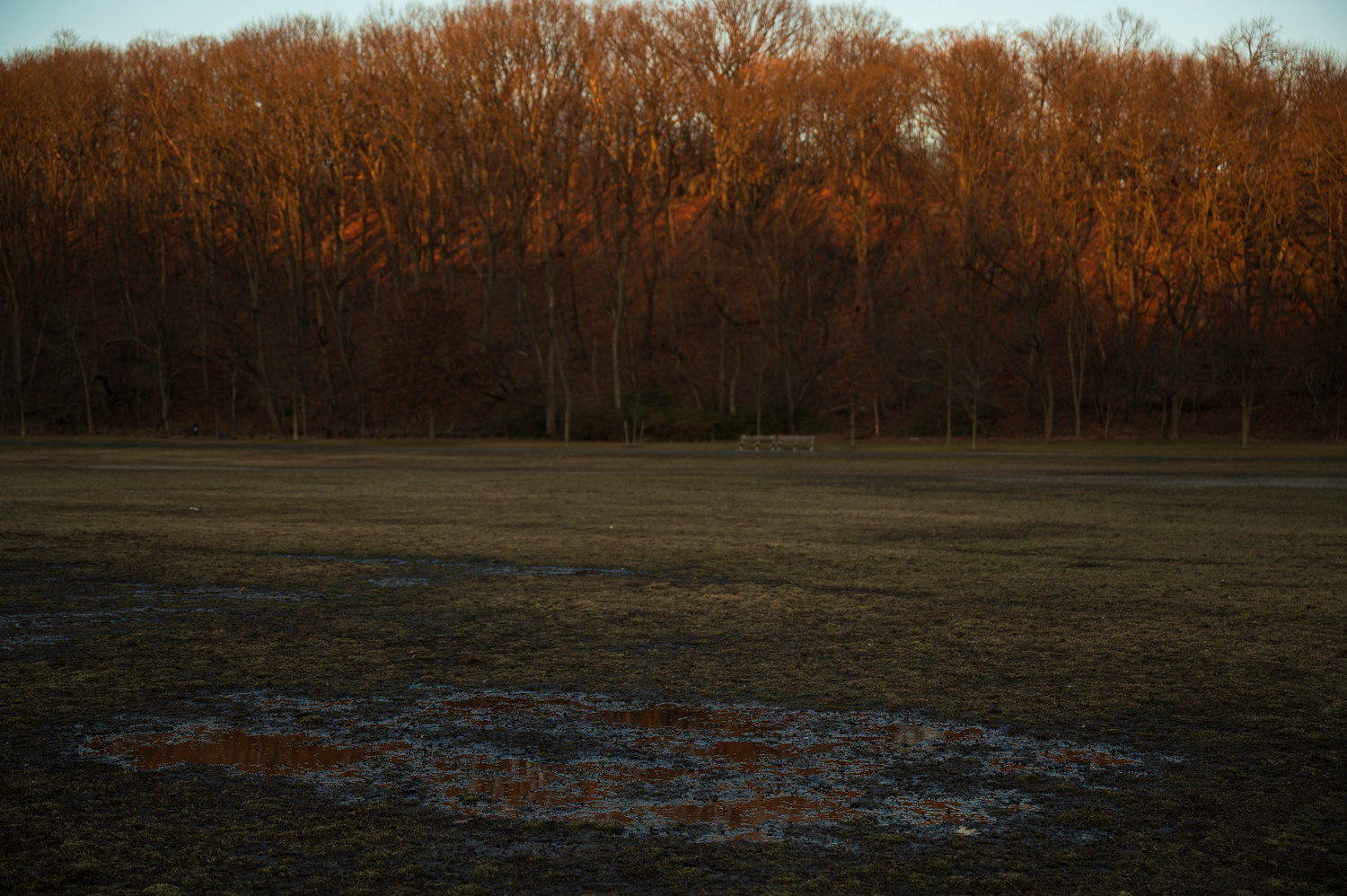 Van Cortlandt Park showcases its forest-like features with a large number of trees. The Van Cortlandt Alliance is tasked with helping to maintain the park by picking up trash or raking leaves. And sometimes deal with puddles as well after storms.
Hiram Alejandro Duran
Previous Next
By STACY DRIKS

Eric Adams wants to spend so much time focused on parks, some might mistake him for Robert Moses — at least the good qualities of that New York City icon. And the mayor will do that through a new leadership team pulled from the outer boroughs.

Like Iris Rodriguez-Rosa, who until earlier this year, managed the Bronx portion of the more than 30,000 acres set aside for green space. She’s the new deputy parks commissioner, serving under Susan Donoghue, who led neighborhood park efforts from her Prospect Park community in Brooklyn.

Adams focuses his mission on making the park system “equitable,” especially when it comes to the outer boroughs versus Manhattan, by finding the best those boroughs — like the Bronx — has to offer.

Rodriguez-Rosa has led the borough’s parks department since 2015. And now she will be tasked with finding ways to create more green space.

“She did her time in a boroughwide level,” Adams told reporters last month. “She connects the community with green spaces that benefit their physical and emotional value.”

Physical and emotional benefits are at the forefront of the mayor’s mind. At the height of the coronavirus pandemic, many were forced to stay inside, despite the spring — and later summer — weather. Desperate to get some fresh air, while staying as far away from others as possible, many retreated to parks and streets. That created a demand for green space that hasn’t been seen since the turn of the century. The last century.

Whether it be COVID-19 or just participating in physical activities, there is always a way to break free.

“Some of the parks have rooms and buildings (for) exercise routines and weekly events,” said Karen Argenti, founder of the Bronx Council for Environmental Quality.

Argenti worked with Rodriguez-Rosa for five years in Van Cortlandt Park, the city’s third-largest with more than 1,100 acres. It was quite the learning experience for the future deputy commissioner, Argenti said, exposing her to environmental regulations and green infrastructure.

Rodriguez-Rosa was a community board district manager in Brooklyn’s Bushwick neighborhood back in 1979 — the youngest ever appointed, according to the mayor’s office. By 1986, she was the director of community boards, and later moved into upper Manhattan managing operations.

She reports to Donoghue, who before this managed and worked with some 200 people to maintain the 585-acre Prospect Park. She also raised millions of dollars throughout the years, thanks to solid networking, and her ability to put that Brooklyn park front and center for many of the neighboring businesses and residents. Other parks — especially in the Bronx — simply don’t get that kind of financial attention.

If Adams truly wants to turn around parks, Argenti said, it’s going to take money. Right now, the ask is for 1 percent of the city’s overall budget —which is not a big ask. But Jodie Colón, co-founder of Friends of Spuyten Duyvil, says that kind of money — more than $500 million – just isn’t enough.

“Capital projects are great, but they’re like ribbon-cutting events,” she said. “Maintenance and operations are not sexy, but it is essential.”

The borough presidents themselves have joined forces to ask Adams — a former Brooklyn top executive himself — to kick up that funding another percentage point. That would practically double the parks’ existing budget.

Groups like the Van Cortlandt Park Alliance and Colón’s Spuyten Duyvil operation do a lot of work through volunteers and other green space enthusiasts. Yet, despite their best efforts, there is just more than can — and should — be done.

Volunteers are essential. They’re not horticultural workers or skilled craftsmen. But they do handle key roles in keeping the city’s parks maintained. It’s just like upkeep on a house — the longer it takes to fix, the harder it will be to do it. And costlier too.

“If you don’t fix something for like 100 years,” Argenti said, “it’s going cost you a lot of money.”