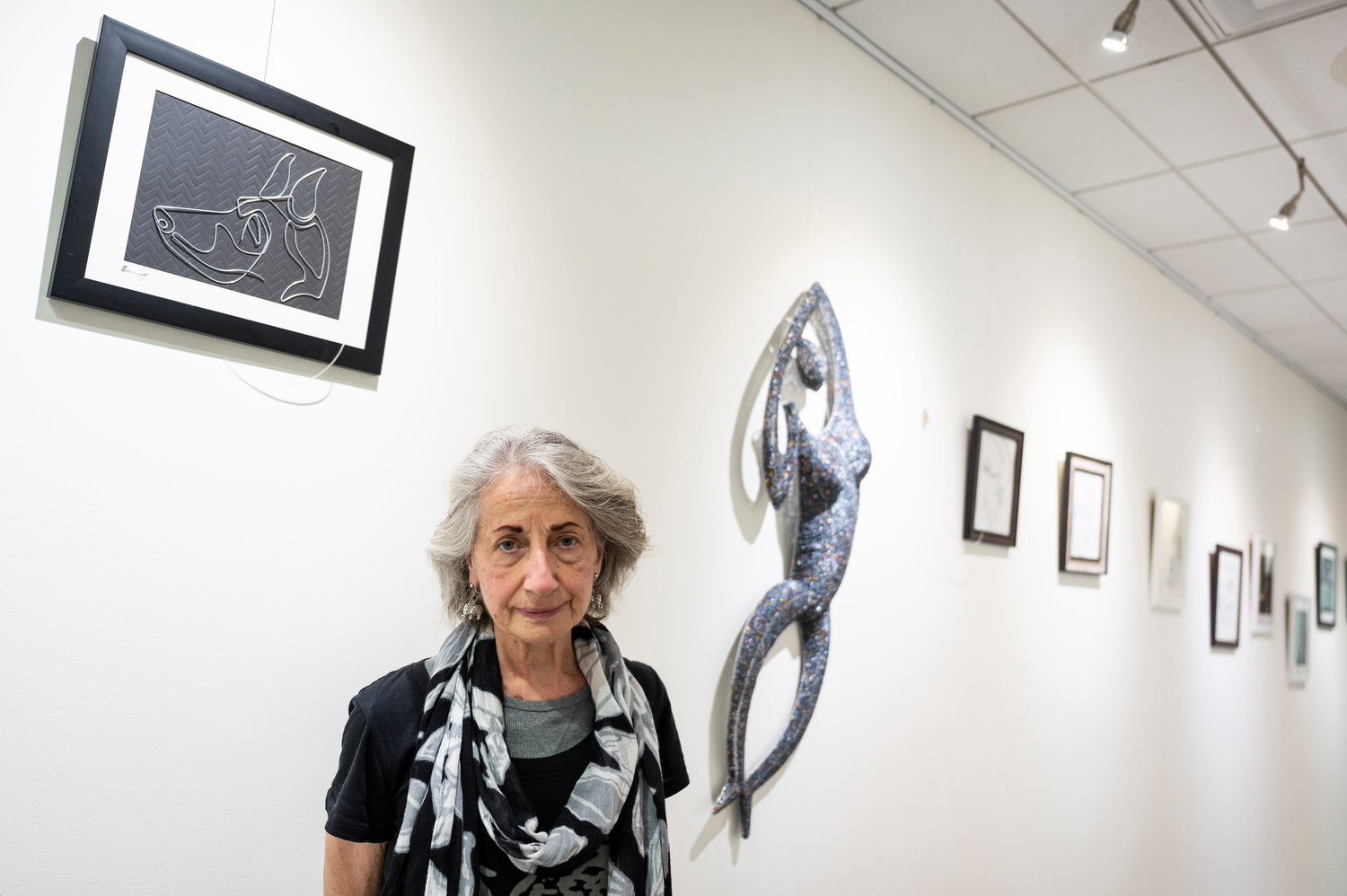 The LGBTQ community should be celebrated year-round, says curator Maria Neuda. That’s why The Riverdale Y’s Gallery 18 decided to hold its LGBTQ-themed art show ‘The View from the Other Side of the Rainbow’ outside of what is typically designated ‘Pride Month’ this year.
HIRAM ALEJANDRO DURÃN 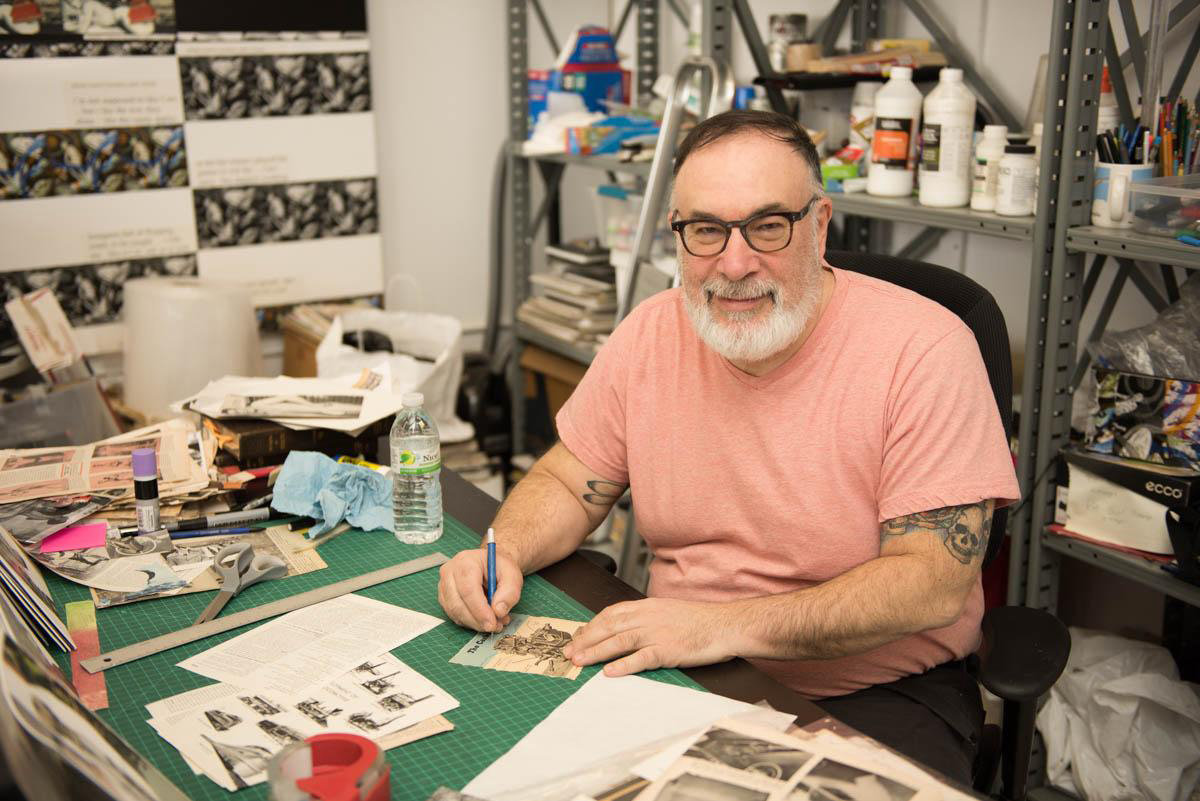 Mitchell Goldberg is one of two artists jurying Gallery 18’s upcoming LGBTQ-themed art show. Goldberg says he’d like to see submissions from artists that tell him something deeper about them beyond their sexual identity.
Courtesy of John Maggiotto 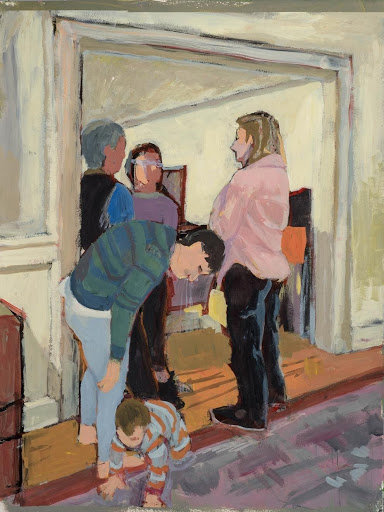 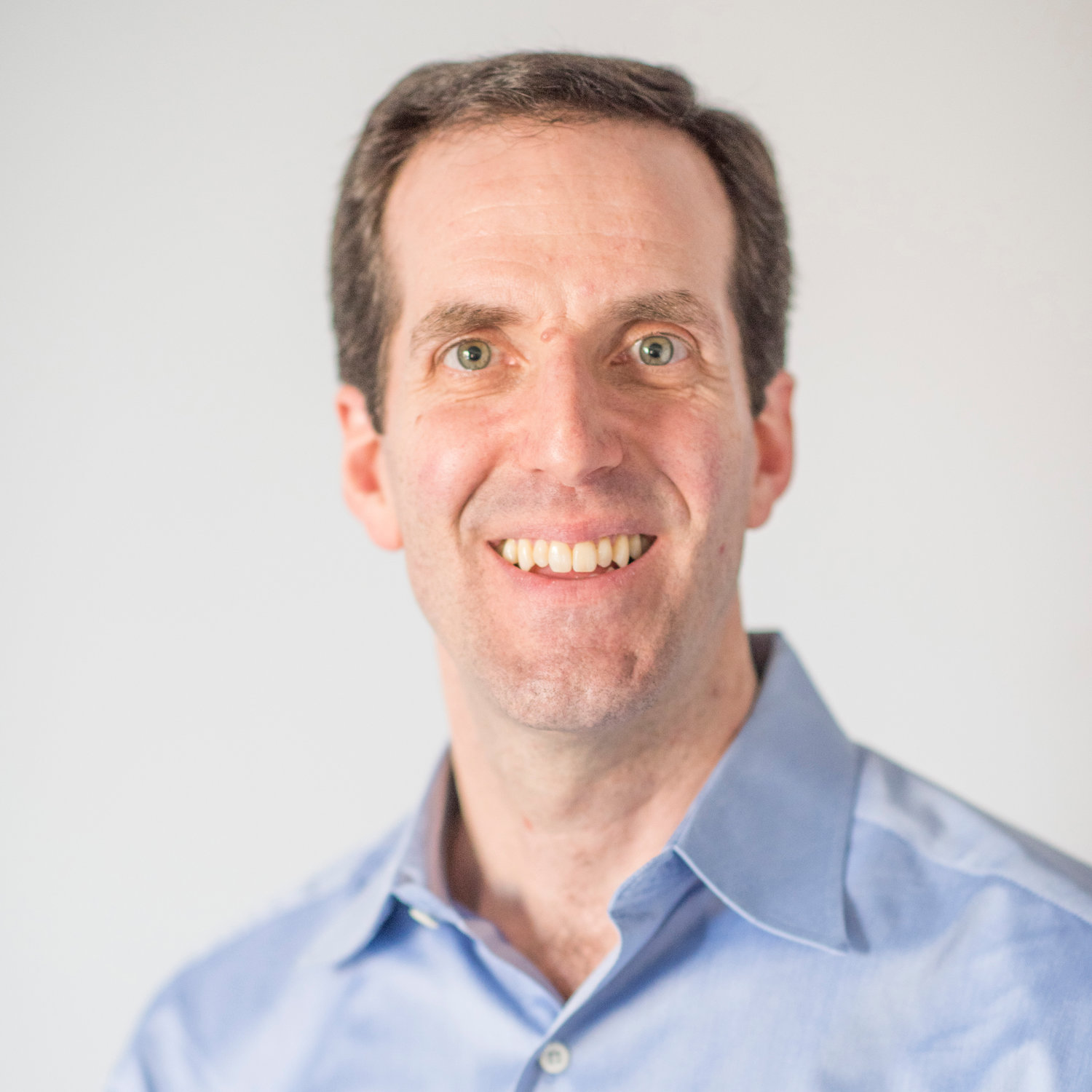 According to Matt Abrams Gerber, The Riverdale Y’s chief operating officer, Gallery 18’s upcoming LGBTQ art show is part of a broader initiative to build diversity and inclusion. The Y also partnered with the Jewish LGBTQ advocacy organization Keshet to lead workshops during pride month in June.
Courtesy of the Riverdale Y 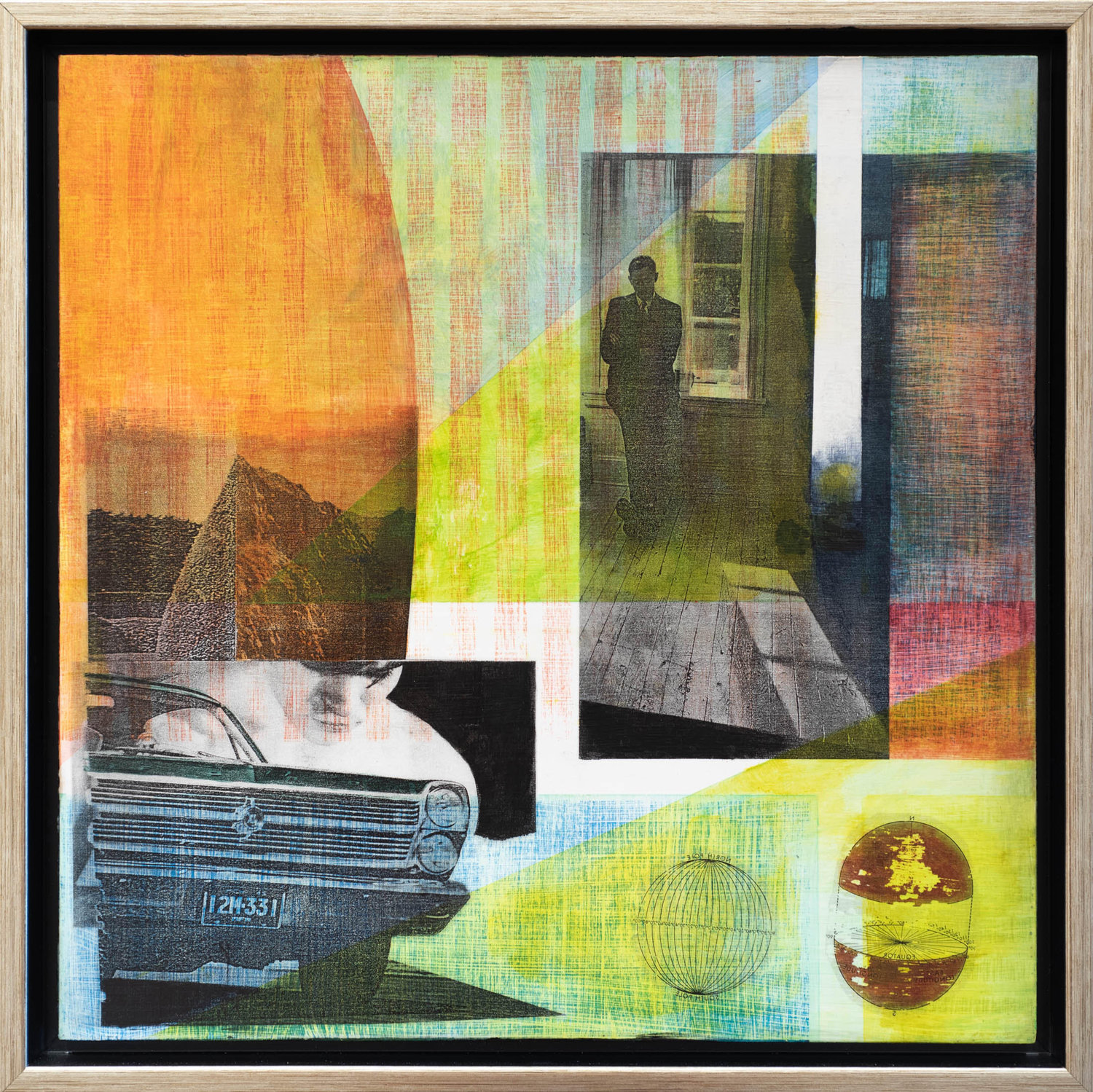 Artist Mitchell Goldberg says his piece, ‘Fairlane Dream,’ gets at the issues of loneliness and not being able to connect with romantic partners from an LGBTQ perspective. Goldberg is one of two jurors for Gallery 18’s upcoming LGBTQ-themed art show at The Riverdale Y.
Courtesy of Mitchell Goldberg
Previous Next
Open Call

The Riverdale Y’s Gallery 18 is accepting submissions for its ‘View from the Other Side of the Rainbow’ art show through June 2.

It was an epiphany, of sorts. One Maria Neuda had after running the Black History Month art show.

As the curator for The Riverdale Y’s Gallery 18, Neuda was suddenly struck by the idea that Black history doesn’t have to just be celebrated in February. And the same is true by limiting LGBTQ celebrations for its own pride month in June.

“And I guess the conclusion that one comes to — and it became clear with the Black History Month show — is that it’s like you’re saying, ‘Well now we’ve honored that, we can forget totally about Black history or Black artists, and move on to the next,’” Neuda said. “And the same thing with pride. ‘It’s in June. Good. We’ve done it. Now onto the next thing.’”

That’s why Neuda decided to change things up and hold Gallery 18’s first-ever LGBTQ art show outside of pride month this year.

“Let’s not do it in June so that we send the message that it’s not restricted to one month,” Neuda said.

The resulting show, “The View from the Other Side of the Rainbow,” focuses on celebrating the everyday lives of those in the LGBTQ community. Neuda plans to run the show in July or August, and is accepting submissions from artists through June 2. Submissions can include up to three pieces that show the artist’s view of the world, how others view them, or the ordinary nature of the human condition.

Neuda is joined by two jurors in the selection process. Elizabeth de Bethune and Mitchell Goldberg identify as LGBTQ. Neuda does not.

Neuda may not be LGBTQ, but she knows what it feels like to be treated as the “other.”

She’s a first-generation American whose parents immigrated from Austria.

“There is an understanding, I think, of being ‘the other’ at the same time as you are the ‘they,’” Neuda said.

The show’s theme also is very personal to de Bethune as a lesbian in a long-term same-sex marriage. She also has a child who is gender non-binary.

“We’re not always just running around waving rainbow flags,” de Bethune said. “We live lives, just like everybody else. So, it’s the nuts and bolts of what our lives are like.”

This idea is reflected in the piece de Bethune plans to run in the show, “Conversation in the Doorway.” The painting shows three adults talking to each other while standing in a threshold with their backs to a younger figure and a baby on the outside of the circle.

The layout of the figures in this painting symbolizes the idea of intimacy. That younger figure, de Bethune added, is a relative of hers who’s also non-binary and in a same-sex relationship.

It gets at “the fact that, even though this is a same-sex world, it has multi-dimensions and multi-generations being together, and being family,” she said.

Goldberg’s featured piece is “Fairlane Dream,” a collage of images including a car, a sunset and a man leaning on a windowsill placed translucently on top of one another. It gets into the issues of loneliness, Goldberg said, and not being able to connect with romantic partners successfully.

“I express those feelings with a gay theme, because I’m a gay man and that’s just what I do,” he said. “But my work always expresses themes that are universal.”

Goldberg searches for this universality in submitted pieces when he’s deciding what to include in the show.

“I’m looking for something more individualized, from the artists who would participate,” he said. “That tells me something unique about themselves, that goes beyond their LGBT status.”

This show is a part of The Riverdale Y’s broader equity, diversity and inclusion initiative it started after George Floyd was murdered by a Minneapolis police officer last year. There, a task force thinks about how to incorporate these ideas into The Y’s community programming.

“It’s an ongoing process, like there’s a lot that we’re learning and a lot we’re figuring out,” said Matt Abrams Gerber, The Y’s chief operating officer. ”And realizing (what) we’re getting right and also needs to change as we embark on all of this diversity, equity and inclusion work.”

Besides the Gallery 18 show, Abrams Gerber says The Y has also partnered with the Jewish LGBTQ advocacy organization Keshet for pride month. They’ll lead workshops on gender diversity and allyship that will be open to the community.

While the mission of LGBTQ representation is a really important part of this show, Neuda said — at the end of the day, it’s all about the art.

“What I’m hoping that this show will do is that it will introduce me to artists I don’t know,” she said. “And that I will find an artist who will give me an absolutely wonderful expression of his or her feeling, or an absolutely gorgeous composition.”