AAPCI has history of servicing homeless, but also comes with baggage 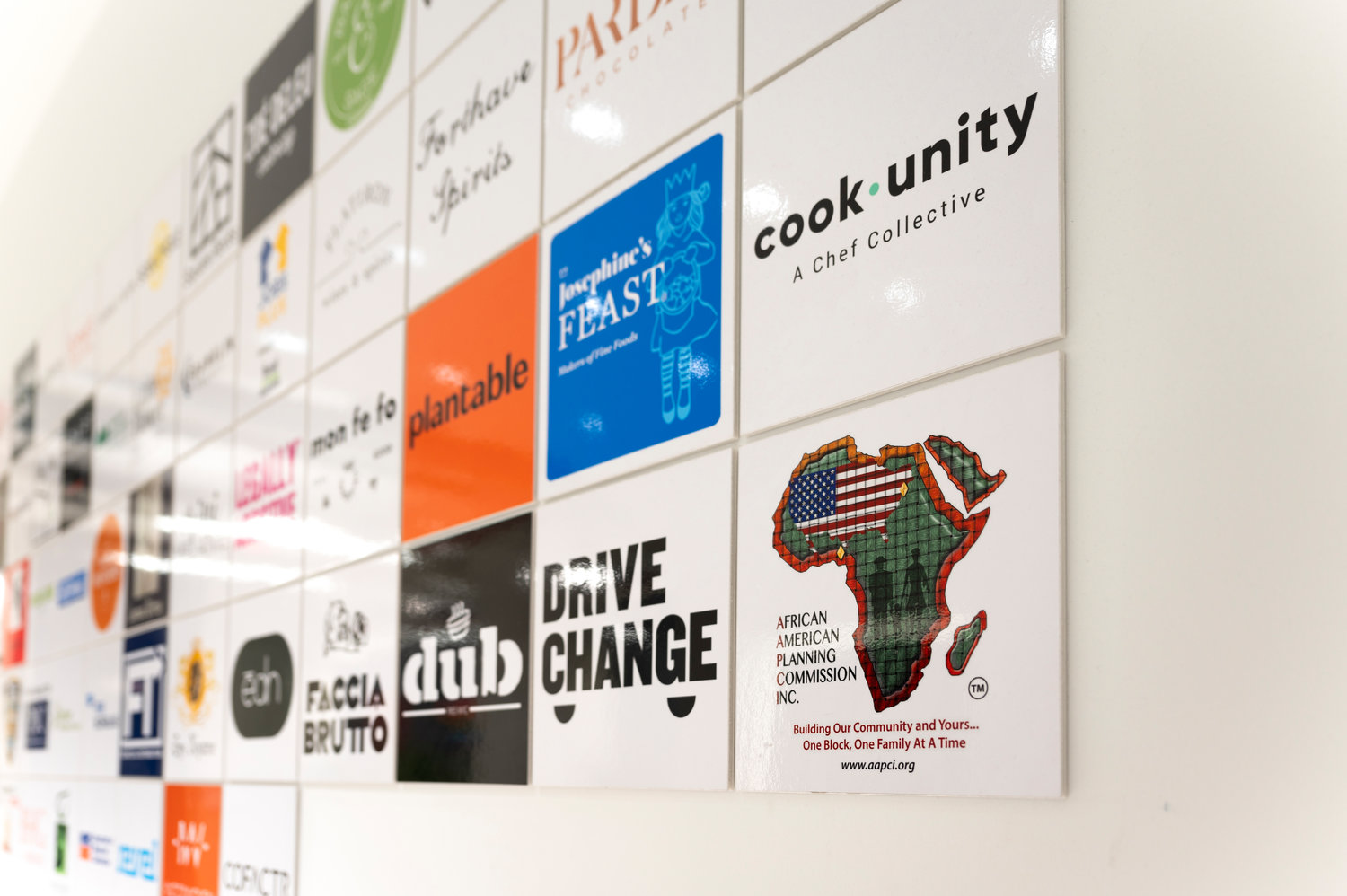 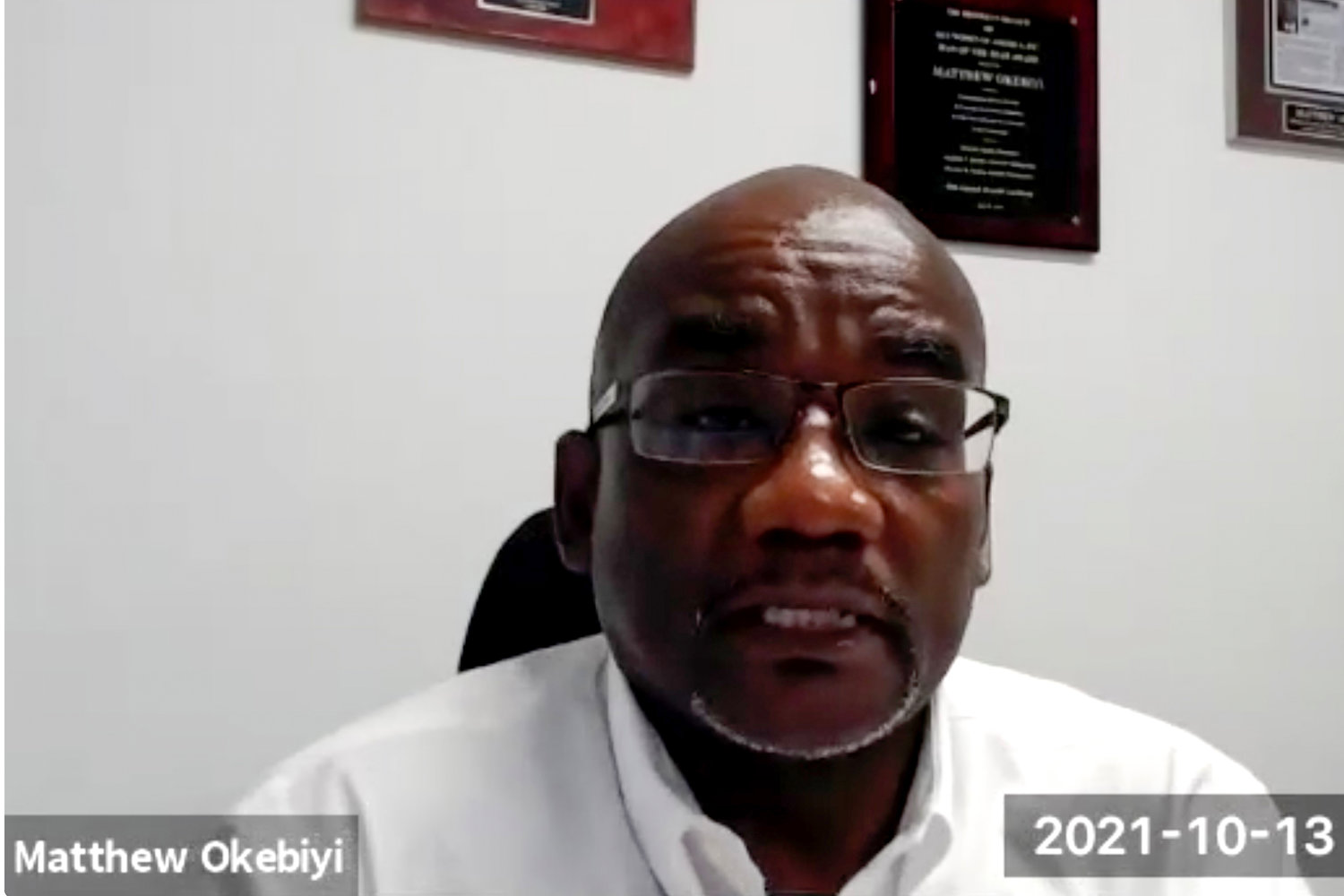 Matthew Okebiyi is the founder and chief executive of the African American Planning Commission Inc. — the nonprofit city officials chose to build and operate a proposed men’s homeless shelter at 6661 Broadway.
Courtesy of NYC Bronx Community Board 8
Previous Next
Support journalism

A mystery pervades North Riverdale, not necessarily what’s planned at 6661 Broadway near West 252nd Street, but who’s actually planning it.

We know a Brooklyn nonprofit known as the African American Planning Commission Inc., waits to sign a $195 million contract to build and maintain a single men’s homeless shelter at the site. But outside of introductions made by the city’s homeless services department last fall and maybe a news story or two, who exactly AAPCI is could be as elusive as Bigfoot or Loch Ness.

“We don’t know much about this company,” said Omar Murray. He’s chair of Community Board 8’s health, hospitals and social services committee, and is the only committee to this point that has even talked directly to AAPCI and its chief executive, Matthew Okebiyi.

“We’re researching what services they provide. We know that they seem to be doing a good job when it comes down to homeless services.”

Not without some scrutiny, however. There was some chatter about Okebiyi including family members on his executive team. And then there’s what others say is a high salary for a nonprofit CEO — upward of $500,000.

Then again, AAPCI is not just a nonprofit for the homeless, but also a real estate and community economic developer. Looking beyond North Riverdale, the organization is one of a handful of partners behind Glenmore Manor Apartments in Brooklyn’s Brownsville neighborhood. The 230-unit complex would be completely affordable and geared toward low-income single adults and families.

In fact, according to its proposal with the city planning department, a quarter of those units would be set aside for very low-income senior citizens.

Joining AAPCI on Glenmore are Brisa Builders and Lemle & Wolff. It even received a blessing from incoming mayor Eric Adams back in 2018, according to published reports, from his perch as Brooklyn borough president.

That project would offer some much-needed retail for that neighborhood as well, including an eatery, a beauty salon and a credit union.

Just this past summer, AAPCI completed construction of an affordable and supportive housing complex not far from where Glenmore is planned called Edwin’s Place — named after a former Okebiyi colleague he told one publication would be a friend he could turn to when he needed cheering up.

The eight-story building offers between 80 and 125 apartments to anyone experiencing homelessness, state officials said at the time.

The rest of the units would be offered to low-income residents making 60 percent less than the area median income.

But those plans don’t stop there. There are Serenity House Family Residence and the Thaddeus G. Whitley Residence.

Serenity House is expected to serve as a transitional facility in Brooklyn geared toward homeless survivors of domestic violence and their children. It reportedly will include social support services offered both on- and off-site, and be one of the very few domestic violence shelters in the city that accepts men.

Whitley is set to offer 20 units for homeless runaways between 13 and 21.

Even with those in development, AAPCI — which did not return a request for comment — currently operates nine shelters across the city, finding housing for more than 1,000 people.

As far as 6661 Broadway is concerned, Okebiyi told Murray’s committee back in October AAPCI would do more than just provide shelter to the homeless men.

“Some of the services that we shall be providing include housing placements,” he said. “That means that we will have social workers, case managers who will be working with our clients to place them in affordable housing within New York (and) outside of New York.”

Just as CB8 and those in North Riverdale were learning about AAPCI for the first time, the group was getting ink in The New York Times. And not in a good way.

The paper reported AAPCI was under investigation by Mayor Bill de Blasio’s office for reportedly employing family members in high-ranking positions. That allegedly included his brother as chief financial officer, and a seat on the board of directors for his sister-in-law.

The city reportedly ordered AAPCI restructure its leadership, but not before Okebiyi defended hiring his brother, pointing out to The Times his accounting experience and his long history of employment with the company, worked his way up to near the top.

But that hasn’t discouraged city officials, especially when it comes to 6661 Broadway.

Okebiyi founded AAPCI in 1996, opening its first funded program in 2005. The organization has long been an advocate of reducing homelessness by providing shelter and services. It also addresses other — and sometimes related social issues — like domestic violence, HIV/AIDS, mental illness, substance abuse, affordable housing and unemployment, according to its mission statement.

The de Blasio administration already is reviewing the $195 million contract that would allow AAPCI to move forward with 6661 Broadway over the next three decades or so, and could be approved as early as before de Blasio leaves office at the end of the month.