This college class is on the move — to Cuba 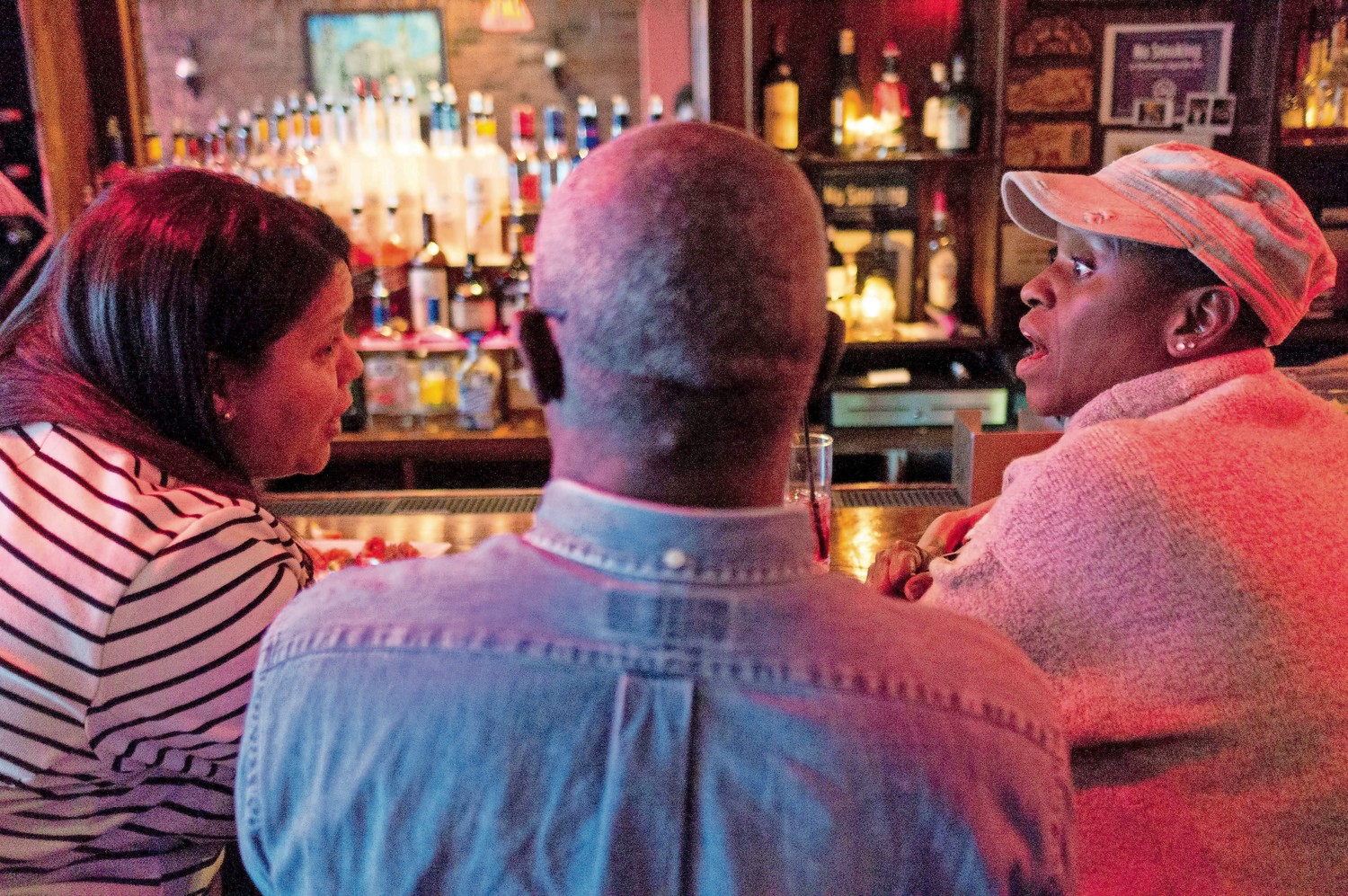 Lehman College student Julia Rogers, left, talks with her professor, Deborah Sanders, at Amor Cubano. Both Rogers and Sanders will partake in a weeklong trip to Cuba.
JULIUS CONSTANTINE MOTAL 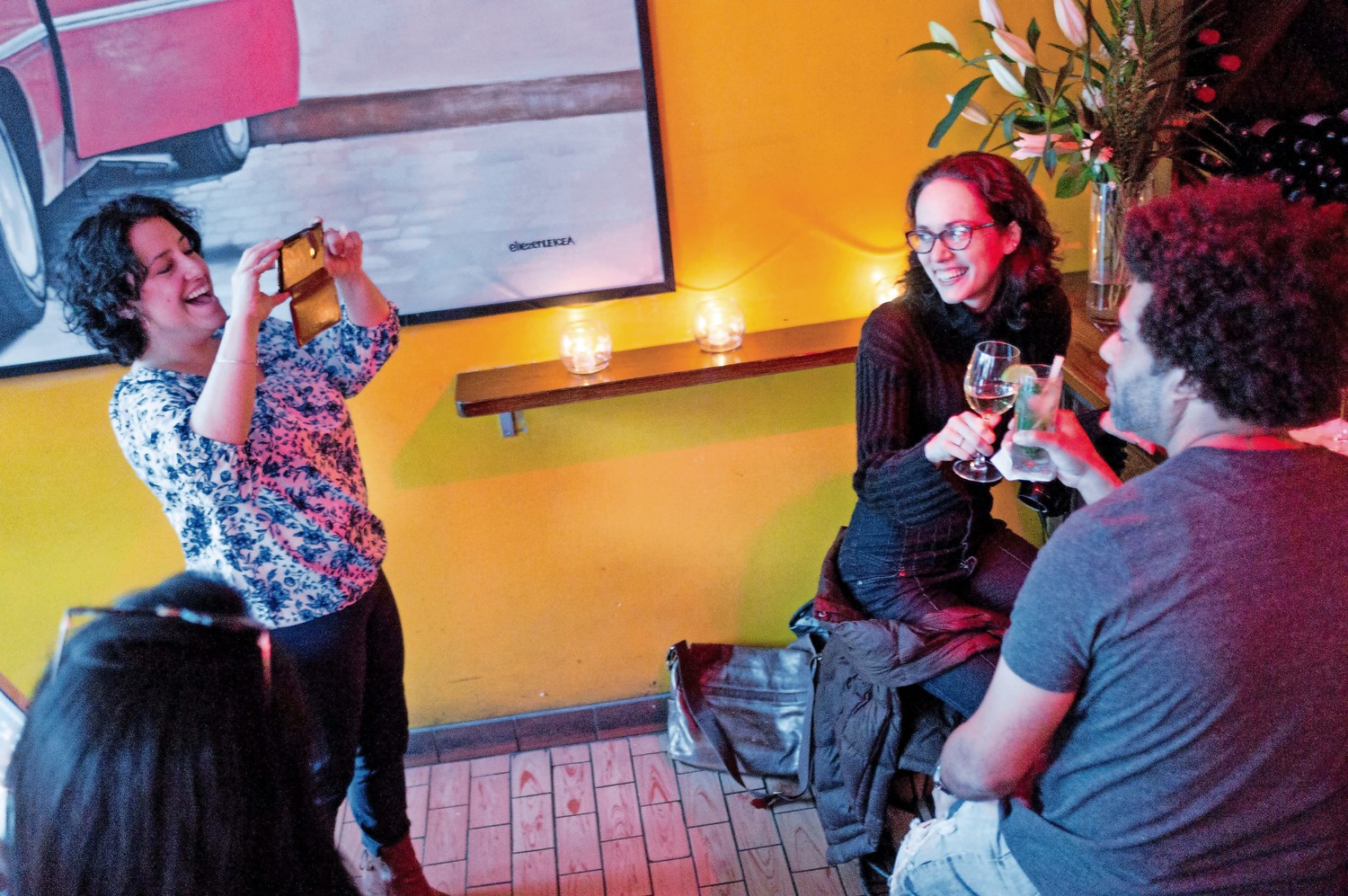 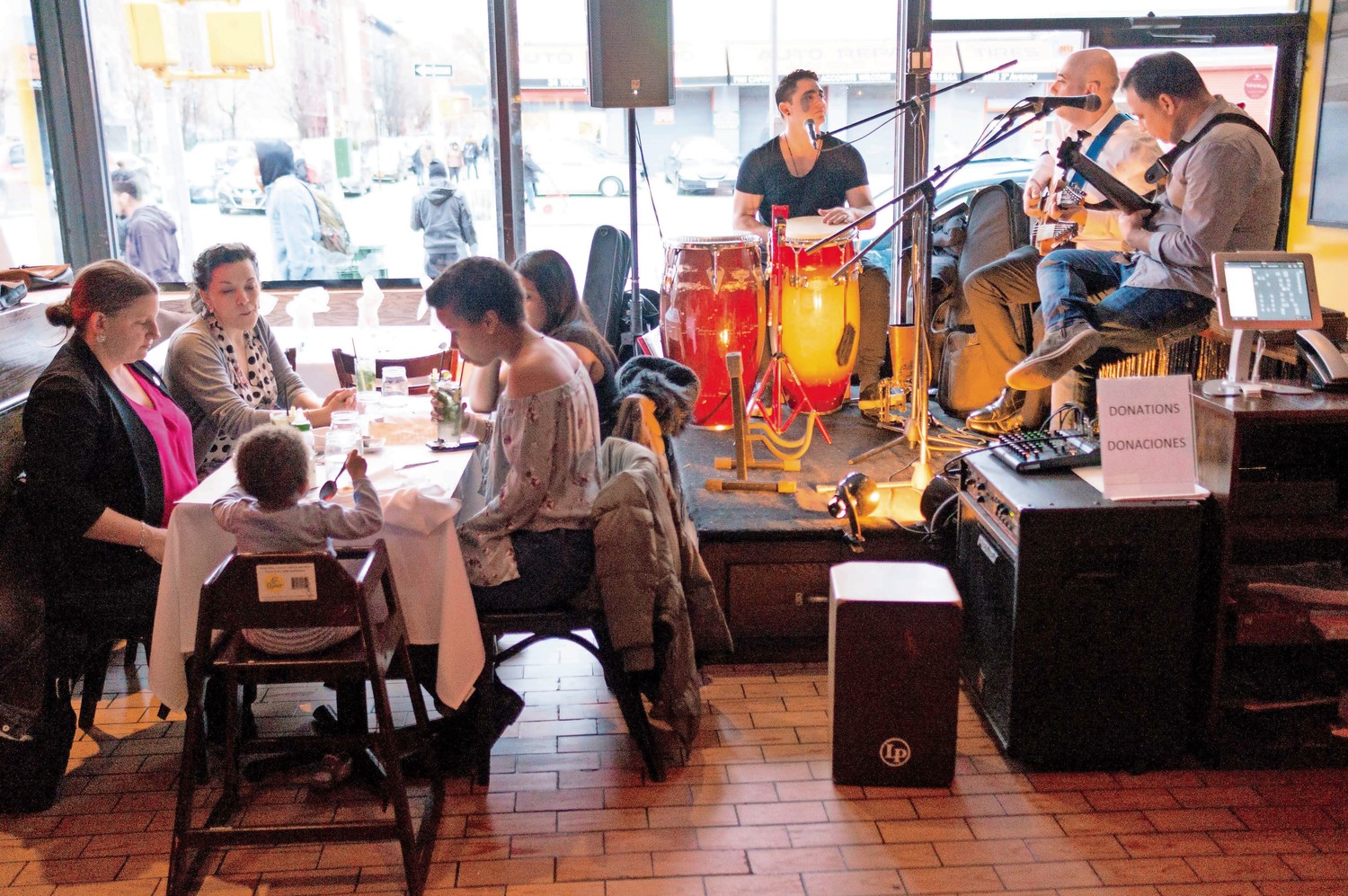 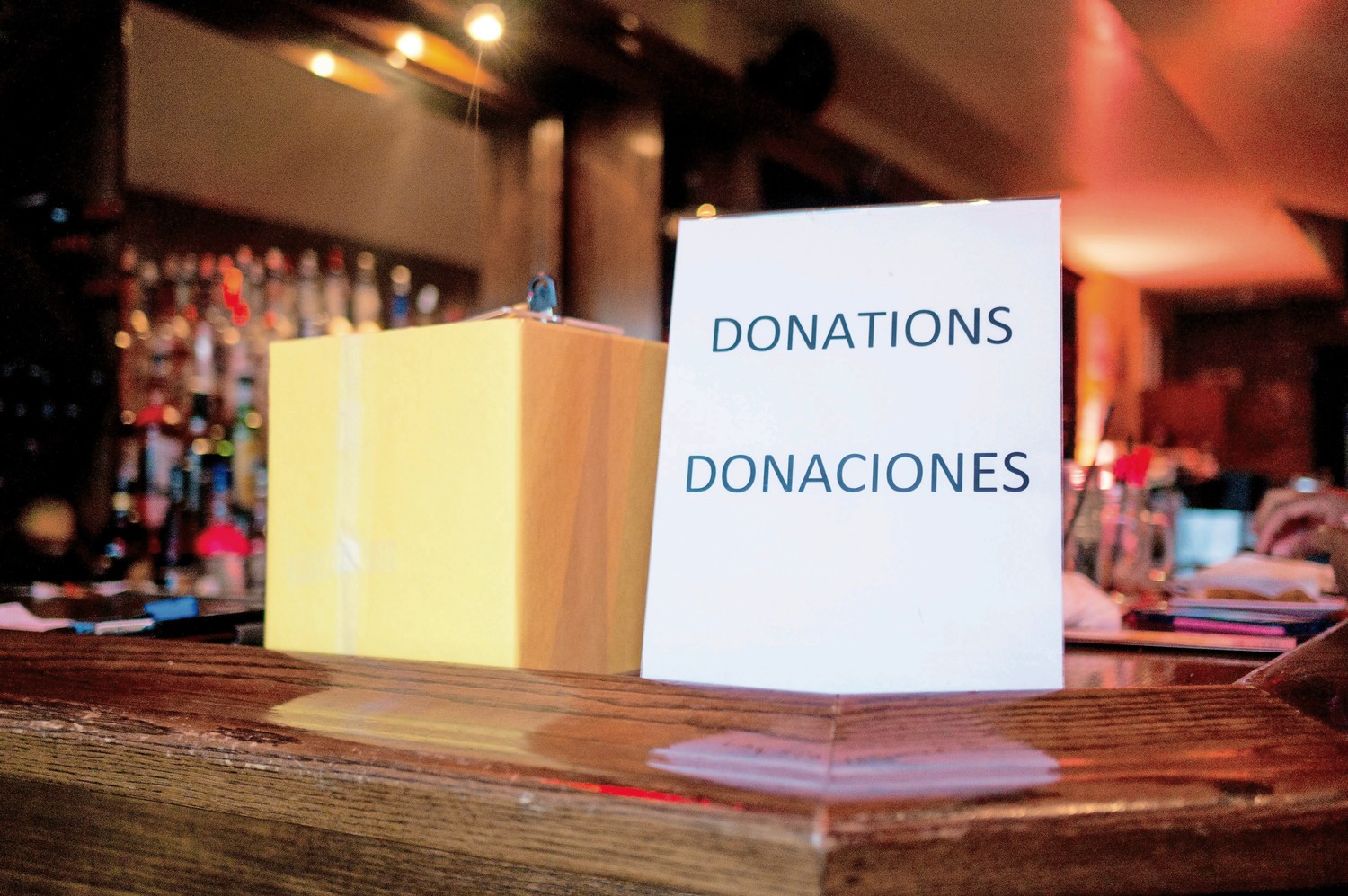 A box for donations sits on the bar at Amor Cubano, a Cuban restaurant in Harlem. Lehman College professor Teresita Levy held a fundraiser at Amor Cubano for a weeklong trip she and her students are planning to take to Cuba.
JULIUS CONSTANTINE MOTAL 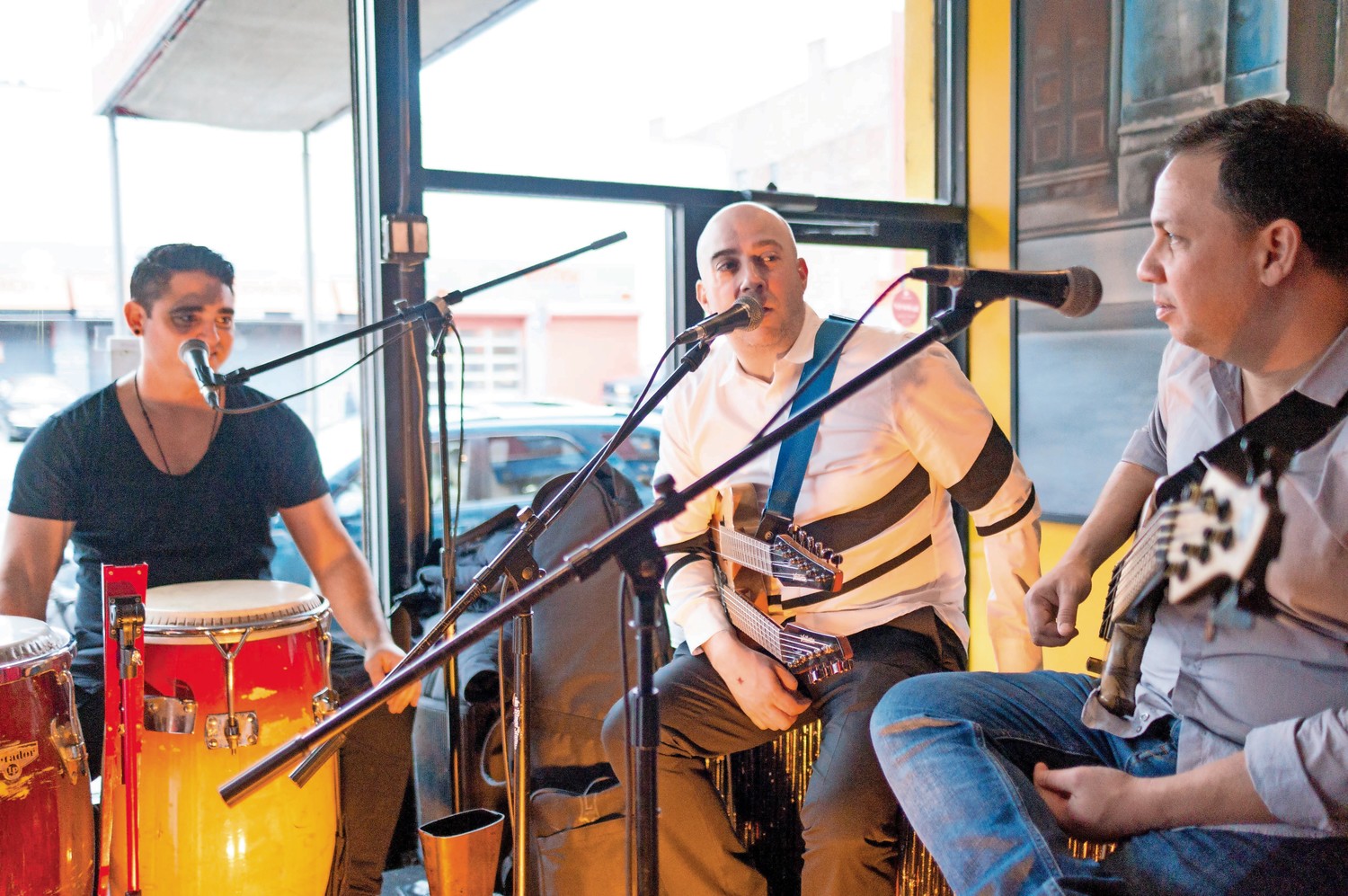 Trio La Cumbancha's Ben Lapidus introduces the band and talks about the fundraiser for Lehman College students who are planning a weeklong trip to Cuba.
JULIUS CONSTANTINE MOTAL 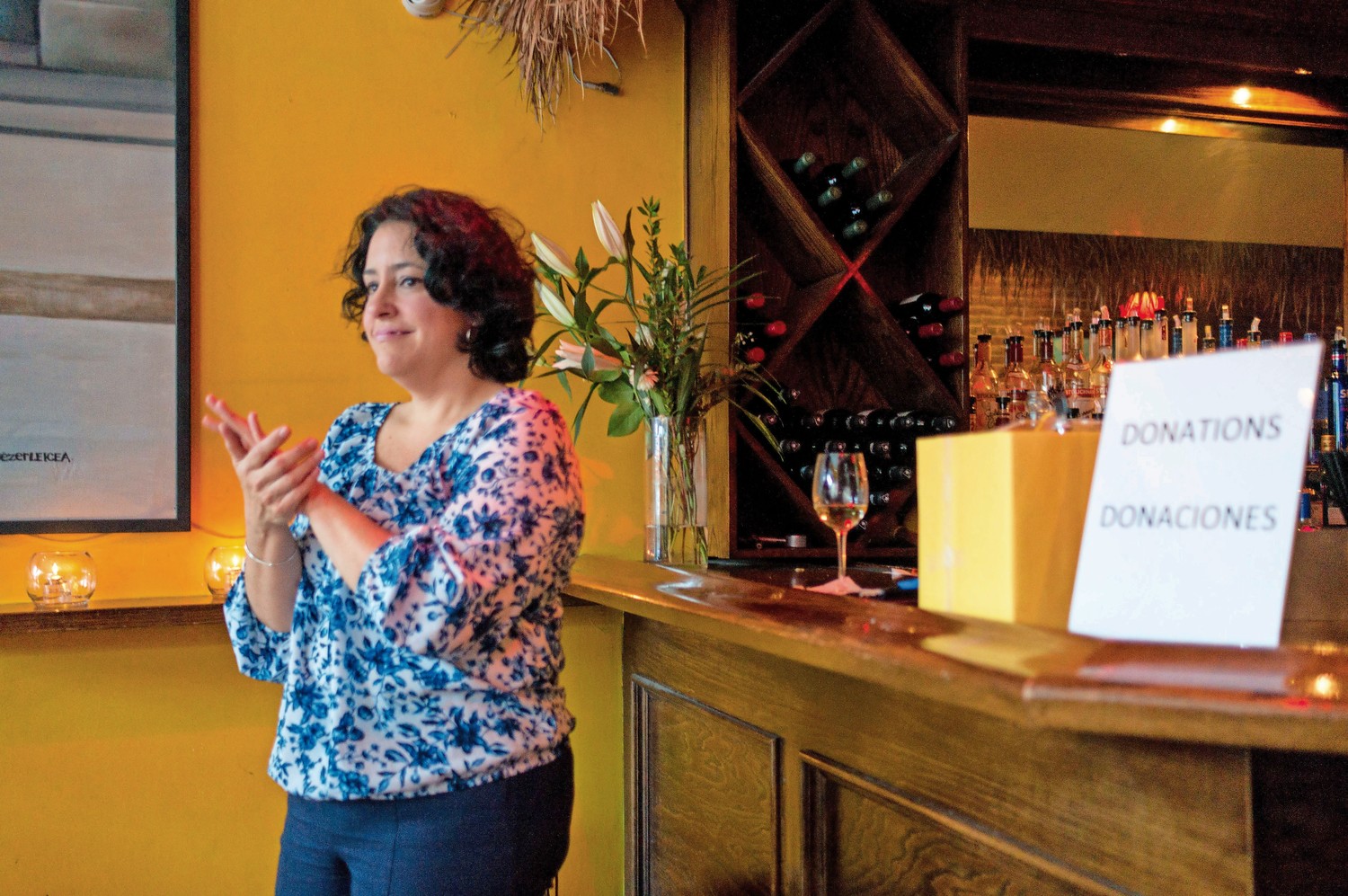 Teresita Levy, a professor of Latin American studies at Lehman College, claps along to the music of Trio La Cumbancha at Amor Cubano, a Cuban restaurant in Harlem. Levy held a fundraiser at the restaurant for a weeklong trip she and her students are planning as part of their coursework.
JULIUS CONSTANTINE MOTAL 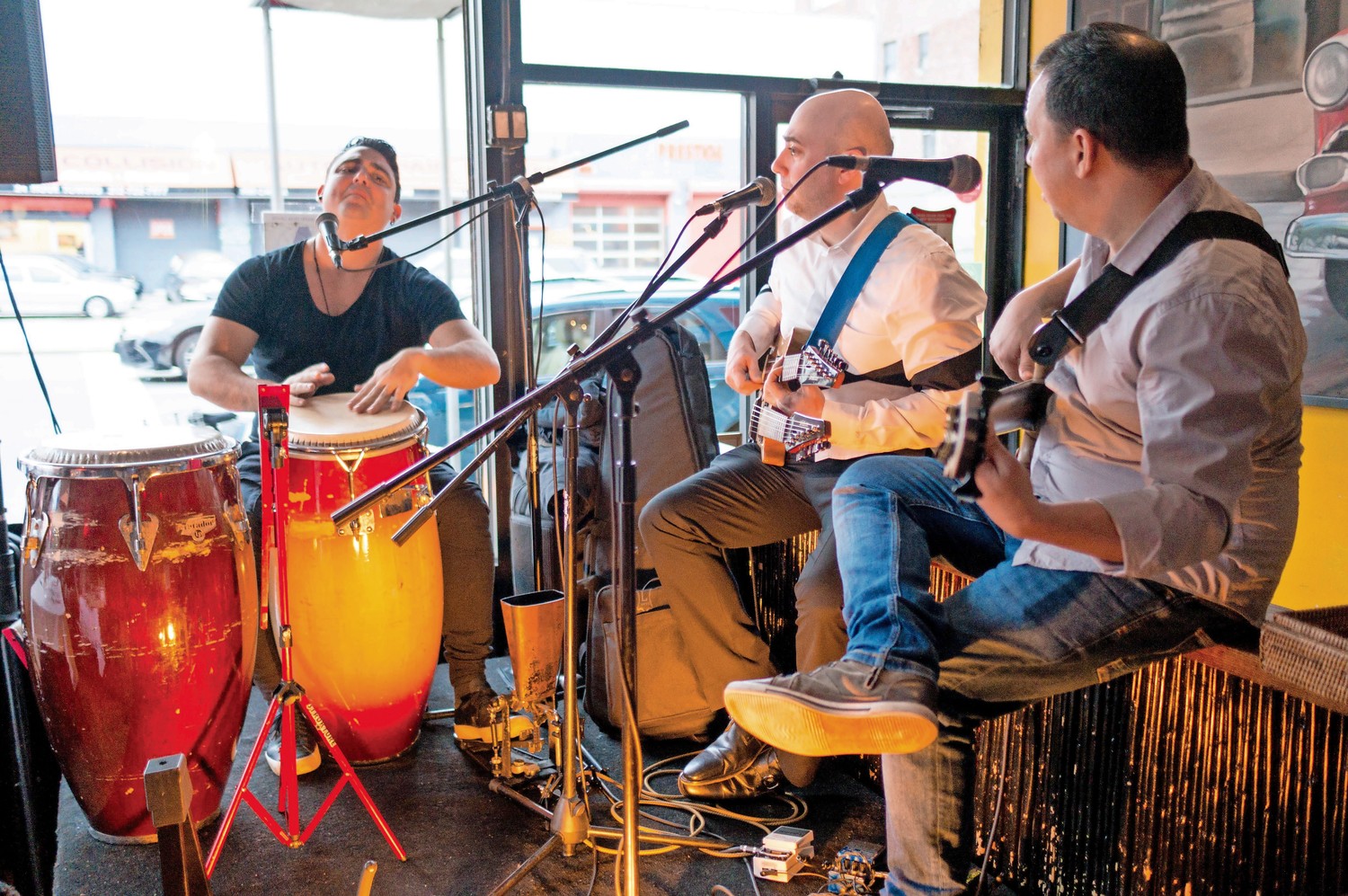 The musical group Trio La Cumbancha plays Cuban music at Amor Cubano, a Cuban restaurant in Harlem. A fundraiser was held for Lehman College students who are planning a weeklong trip to Cuba as part of their coursework.
JULIUS CONSTANTINE MOTAL 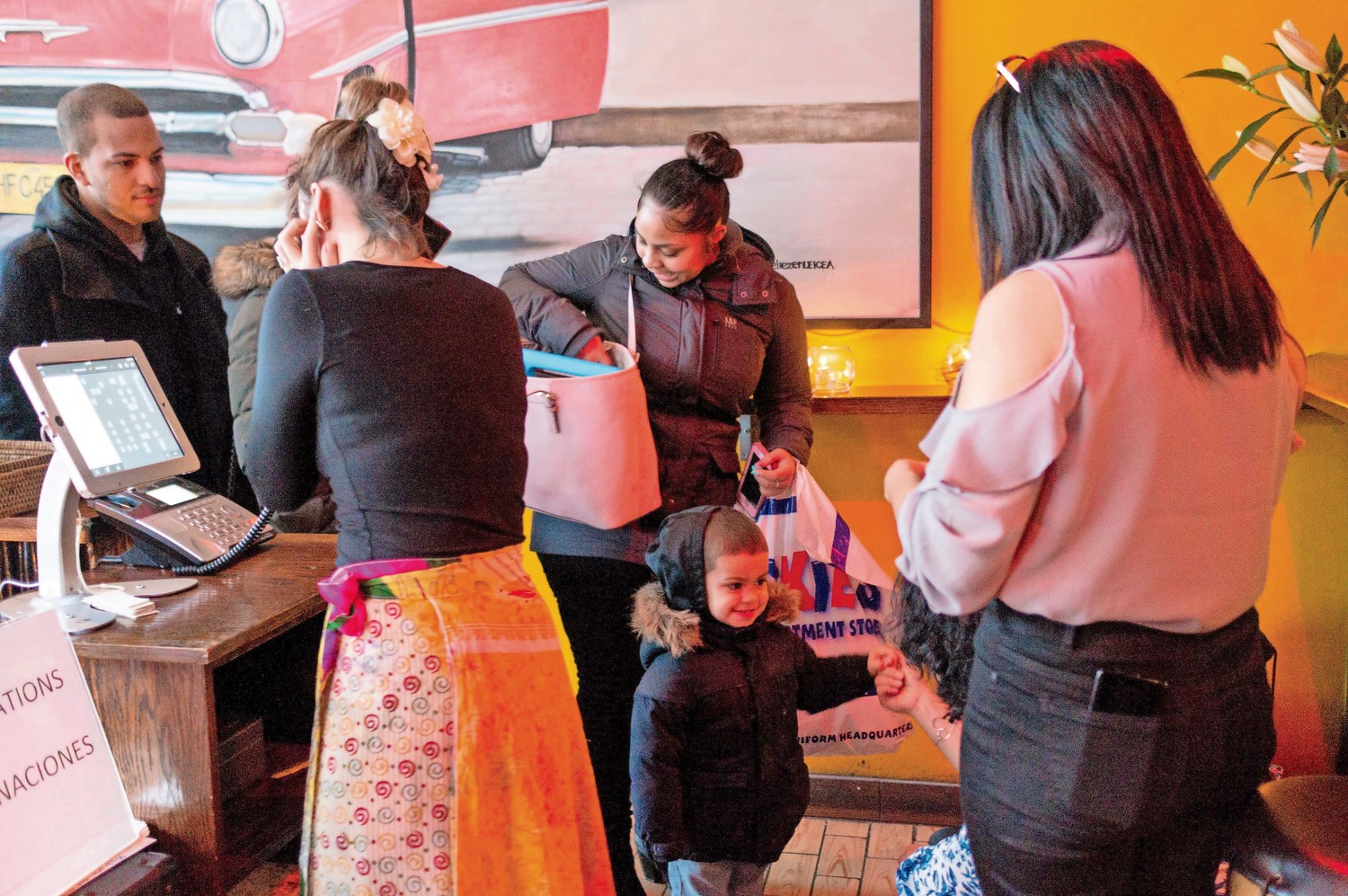 Lehman College student Christina Torres, center, arrives with her son Nathan Martinez at Amor Cubano, a Cuban restaurant in Harlem. Torres will be part of a weeklong trip to Cuba as part of her course work in Teresita Levy's class.
JULIUS CONSTANTINE MOTAL
Previous Next
By SIMONE JOHNSON

Those might fill cable news shows, but it’s not enough to keep one Lehman College class away from Cuba.

When Lehman students land on Cuban soil March 31, it will be one for the history books, marking the first time students from the school have traveled to the Caribbean island, which played a key role in the Cold War between the United States and the former Soviet Union.

“Cuba is different than anywhere else,” said Malika Victor, a Lehman senior taking the trip. “You can go anywhere, but you can’t really go to Cuba like that.”

The trip is part of an intellectual and cultural exchange where students will conduct research, take classes, and interact with their Cuban counterparts. College stops include the University of Camaguey and the University of Sancti Spiritus.

The Cuban students are taking similar classes to the Lehman ones. Professor Bertrand Ngo-Ngijol Banoum in Lehman’s department of Africana studies is teaching the course closer to home about race and gender politics in the Atlantic world, that has inspired many to travel to Cuba in the first place.

The class centers around two 20th century literary movements — Negritude and Negrismo — that were propelled by French- and Spanish-speaking black academics inspired by the Harlem renaissance. The movement was about embracing the black part of identity.

While on the island, student Emely Yturbides hopes to grow in her understanding in the literary movements, especially since Cuba has a large Afro-Latino population.

“I want to learn more about the movement and how colonialism structures played a role in Cuba, and how it has also been eradicated,” Yturbides said. “Even though it’s a dark history, it’s still apart of their identity and part of what makes Cuba, Cuba.”

“I will be interacting with people with the same interests and learning more about my heritages, both the African and Latin,” said Yturbides, who is Dominican. “It’s not a personal trip, but an opportunity to learn about their culture and other things in life.”

Although Lehman has a partnership with nine other universities in Mexico, Brazil, Japan, Korea and France, Yturbides would like to see bridge programs in places like Haiti and Cameroon as well, especially in relation to Banoum’s class.

“I think that we should eventually have something everywhere,” said Teresita Levy, director of international programs and global partnerships, and associate professor of Latin American, Latino and Puerto Rican studies at Lehman.

Levy and Lehman faculty worked together with their Cuban universities counterparts on this international program. Eventually Levy wants to expand the program to an entire semester because she sees value in educational exchanges.

“When it comes to applying for jobs, these students will have already studied and known what working abroad is like,” Levy said, “which can be useful when applying to jobs.”

There are many things that separate Cuba from New York, but one major difference is free education. From undergrad to law school, earning degrees cost nothing because Cuban leaders believe they have a responsibility to educate its people. In return the students are expected to use their education to enrich and contribute to the community in any way they can.

One thing that’s not so abundant in Cuba is access to internet and social media, which gives Lehman students the chance to help their hosts branch out.

“I do wish it was longer, but I understand why it isn’t because I understand the struggles of our governments,” Victor said. “It’s probably not good for them to host us that long.”

The one week in Cuba costs about $2,000 for each student. To help fundraise, the Lehman travelers worked with a Cuban restaurant in Harlem, Amor Cubano, that donated part of its proceeds from fundraising nights to the trip.

And now, with only a few loose ends remaining in terms of packing, the students are more than ready to go.

“It’s going to be so much fun,” Victor said. “I mean, when else are you going get this kind of freedom to go on this kind of trip?”