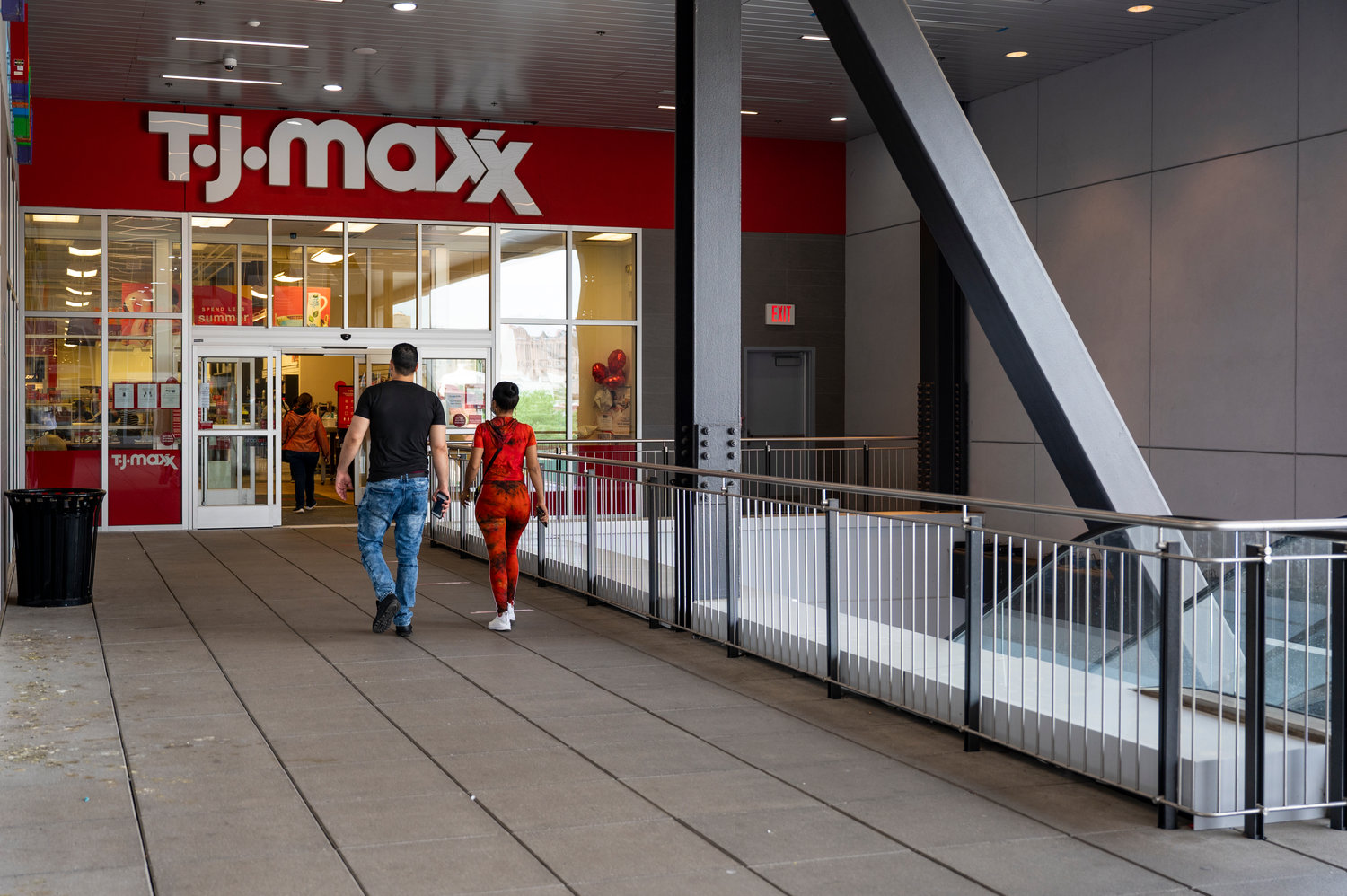 The exterior of the TJ Maxx at 171 West 230th Street.
HIRAM ALEJANDRO DURÃN
By ETHAN STARK-MILLER

The TJ Maxx at 171 West 230th Street seems to be a favorite stop not just for clothes shopping, but clothes stealing, too.

The latest robbery took place after lunch on May 17 when a man walked into the store, taking three Michael Kors belts, and making his way past the cash register without paying.

A TJ Maxx employee approached the thief, who in turn threatened him by simulating some sort of weapon to be hidden in his bag, according to police. As if his point wasn’t already made, the perp said, “Back up, or we’re going to have a problem.”

Thanks to some video surveillance — and the employee as a witness — police have some solid leads. They describe the thief as a Black Hispanic man, approximately 5-foot-11 and 175 pounds. He had close-cut hair and was last seen wearing a gray sweater and black sneakers.

Caught in the act

Car theft victims typically park their car somewhere only to find it missing when they return. Rarely do they see the thief driving off in their whip.

But that’s exactly what happened around dinnertime May 20.

A man told police he parked his car near the rear of the 500 block of Kappock Street, returning several hours later not to find his black 2021 Honda CR-V gone, but instead with someone who wasn’t him behind the wheel.

How the thief nabbed this car is a head scratcher, with the owner telling police he still had both sets of keys.

Even worse, despite seeing his car drive off, there is no description of the perp, thus few leads.

Still, the investigation continues as detectives from the 50th Precinct are on the case.