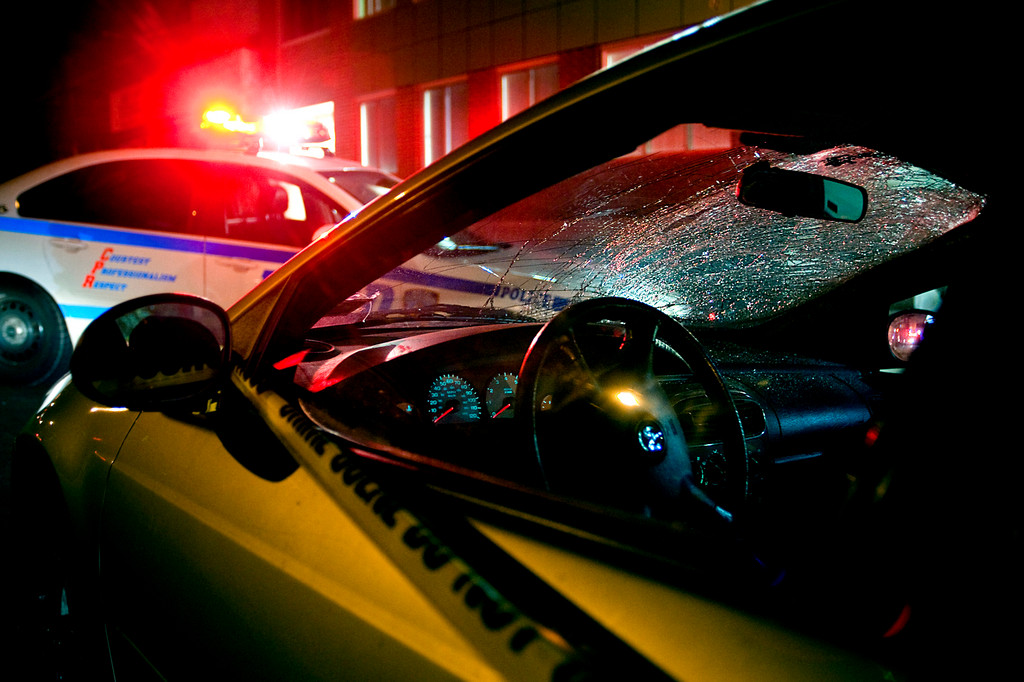 A silver Dodge Neon sits, wrapped in police tape, on Riverdale Avenue near West 261st street where it collided with a pedestrian on Monday evening.
Karsten Moran / The Riverdale Press 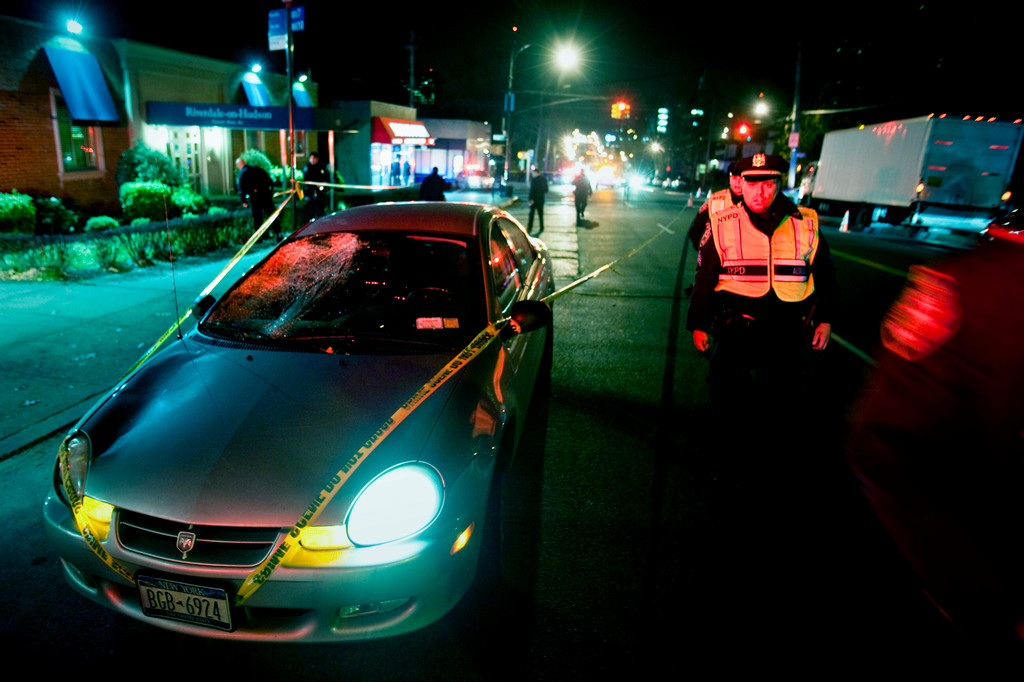 Police officers survey the scene of a fatal accident on Riverdale Avenue near West 261st street on Monday evening.
Karsten Moran / The Riverdale Press
Previous Next
By Kate Pastor

A 26-year-old deliveryman working for Nona’s Pizza on Riverdale Avenue near 261st Street was fatally struck by a car outside his job Monday night.

Witnesses told police that the victim, Bronx resident Edmond Pllumaj, was crossing Riverdale Avenue from his parked car to the pizzeria at about 5:50 p.m., when a car traveling north hit him.

Tony Addison, a 28-year-old, said he was driving the Dodge Neon that killed Mr. Pllumaj, an Albanian immigrant. Mr. Addison was visibly shaken as he remained on the scene and spoke to police. He was not charged.

“I tried to hit the breaks — couldn’t,” said Mr. Addison, as he stood outside the pizzeria.

“I couldn’t stop in time … he hit the windshield,” he said.

Coworkers stood inside the shop shaking their heads in disbelief long after an ambulance had taken Mr. Pllumaj away to St. Joseph’s Medical Center in Yonkers, where he was later pronounced dead.

Witnesses interviewed by police at the scene said Mr. Addison had a green light at the intersection. Mr. Addison said the man he hit appeared to have been texting on his phone when he was hit near the center of the avenue.

While the street was taped off, police and detectives searched for the victim’s phone in the gutters and nearby bushes.