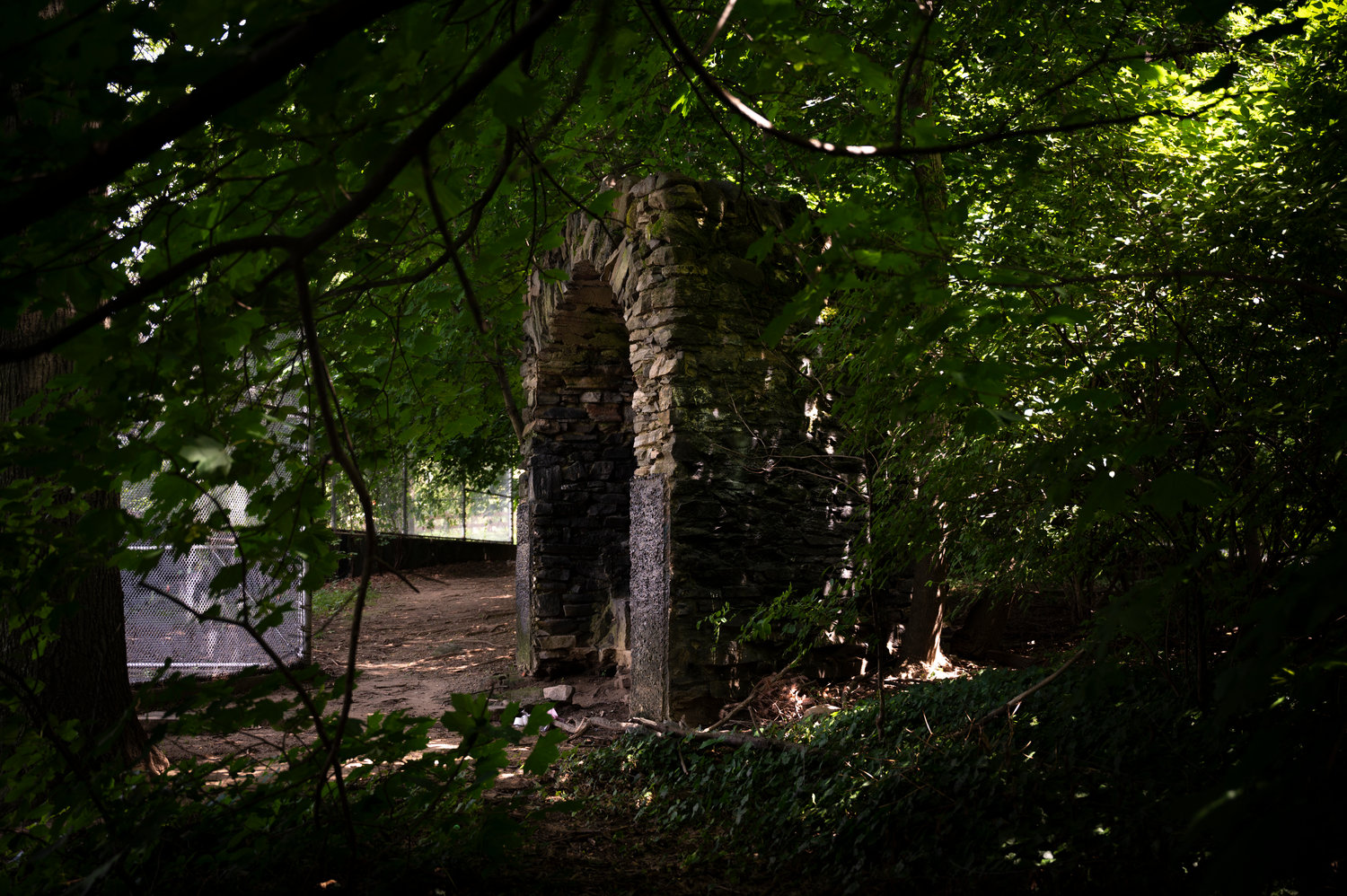 The grotto in Spuyten Duyvil’s Seton Park is tucked behind the tennis courts and slowly deteriorating. The Sisters of Charity, based on the campus of the College of Mount Saint Vincent, are taking steps to ensure that doesn’t happen with hopes of restoring what was once part of the hospital on the site the city closed in 1955.
HIRAM ALEJANDRO DURÃN 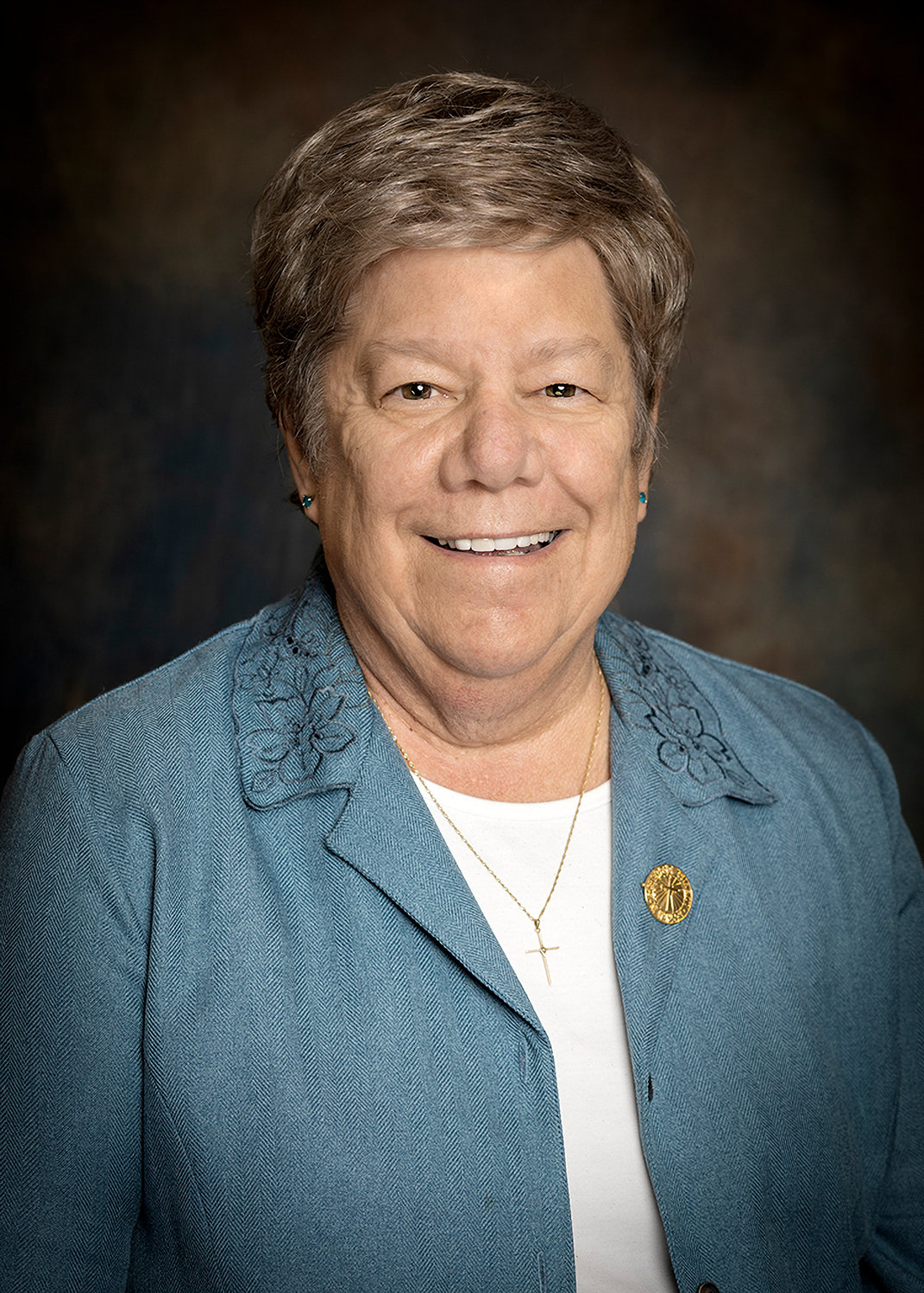 Sister Donna Dodge believes the grotto tucked behind the tennis courts in Seton Park is an important part of the Bronx’s history. She hopes her Sisters of Charity can work with Councilman Eric Dinowitz to restore it to its full potential.
Courtesy of the Sisters of Charity 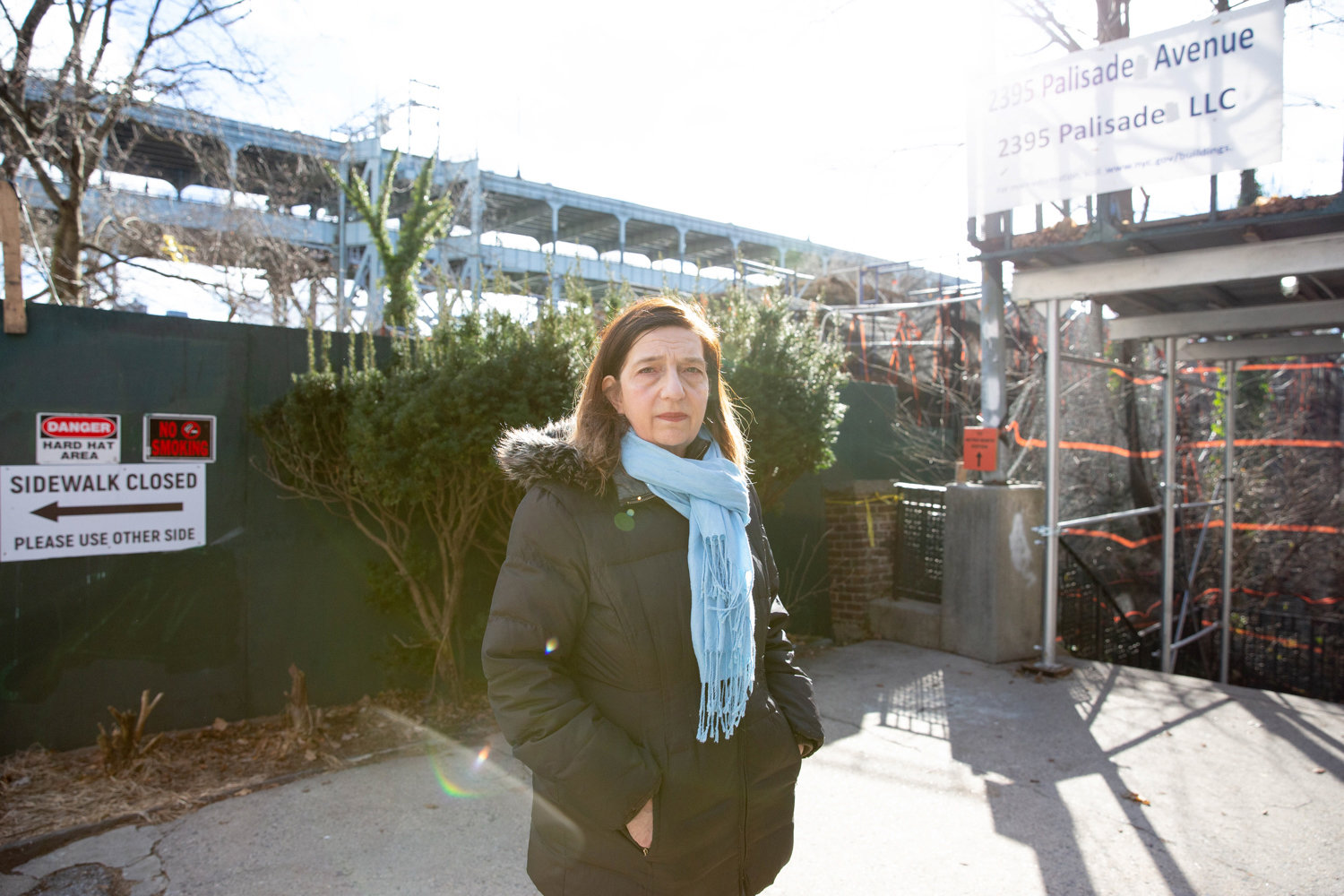 When Stephanie Coggins came across the grotto in Seton Park, she immediately brought it to the attention of the Sisters of Charity at their home on the campus of the College of Mount Saint Vincent. Coggins and the sisters now hope the grotto can be restored and maintained in order to keep this piece of Spuyten Duyvil history alive.
EIAN KANTOR/ File
Previous Next

If you're going to leave the structure there, why not say what the structure was and make it look good for the neighborhood?”
SISTER DONNA DODGE
The battle for Seton Park

Seton Park itself may not have been opened until the 1960s, but Spuyten Duyvil neighbors fought to turn the old tuberculosis hospital into a public recreational space as far back as a decade before when the city closed the institution and plotted what to do next.

Some of the borough’s most powerful people — like Bronx president James Lyons and city comptroller Lawrence Gerosa (a Riverdale resident himself) — wanted to turn the 28 acres into high-density housing.

Yet the 1,000 or so park proponents had their own weapon: Robert Moses.

It all played out in the pages of The Riverdale Press in Spring 1955.

“We are faced with the biggest operating budget in the city’s history,” Gerosa said at the time. “We must have sources of revenue to meet increased salaries and increased costs of government.”

But for Mrs. Stanley Day, it wasn’t about money. It was about the community’s future.

“Right now we have eight baseball teams organized and ready to play,” the Riverdale Neighborhood House director said at the time. “We have scoured the commnity and have been completely frustrated in our efforts to find playing fields for them.

“We favor development of Seton grounds for recreation — not as an extravagance, but as an economy.”

Tucked just behind the tennis courts at Seton Park, a small cave sits vandalized and covered in litter. But this little rock structure is more than just a cave — it’s a grotto. And it’s been there longer than the Spuyten Duyvil park itself.

It spiritually guarded Seton Hospital on the site from the time it was built in the late 19th century up until its demolition in 1956. When the city stepped in to turn the site into what is now a park in the 1970s, the grotto was allowed to remain.

But it’s been a long time since the grotto has made room for the Virgin Mary, or even look presentable. Today, it’s an after-thought. Neglected. A situation one neighbor with a keen sense of history would very much like to change.

“I found the fact that the parks department had unintentionally hidden (the grotto) behind the tennis courts to be really unfortunate,” said Stephanie Coggins, a community activist likely better known for her failed battle to save the century-old Villa Rosa Bonheur apartments nearby.

The city has owned the land for more than seven decades, keeping it primarily under parks department control. Yet, the sisters still feel a particular connection to not just the site, but the grotto as well. While it once contained a statue of the Virgin Mary, this particular grotto was erected in memory of Mother Seton.

“The sisters have contributed so much to New York, and it’s fitting that a park dedicated to Mother Seton should be tended to with care,” the religious group’s spokeswoman, Elena Miranda, said. “Particularly the grotto.”

Yet, it would be near impossible to restore the grotto to its old religious glory — especially now that it’s sitting on public land. But that’s not what the sisters are asking for anyway. Instead, they hope it can be restored as a historical monument — a small but significant reminder of this little piece of Spuyten Duyvil’s history.

“It’s a historic place in the history of New York and in the Bronx, and I would think it should be important not only to the sisters — because we have other ways of honoring and remembering Elizabeth Seton — but I think it’s more important for the residents of the Bronx to get in touch with the history of Elizabeth Seton, and who she was, and what was there in terms of a hospital, and how she served the neighborhood,” said Sister Donna Dodge, the Sisters of Charity president.

The first change? Moving the grotto from out behind the tennis courts.

“Given the fact that the park is named after Mother Seton and this was a grotto to her,” Coggins said, “it should be moved and made into more of a focal point of the park.”

Furthermore, the sisters would like to add a plaque or marker telling the story of Seton Hospital as well as Mother Seton’s influence here.

But making all of this work would require a commitment from the parks department, they said, keeping it free from litter and graffiti.

“We appreciate the significance of this site, and will address the graffiti in the coming days,” a parks department representative told The Riverdale Press in a statement, adding they’d like anyone who sees the grotto vandalized to report it through 311.

That’s the first step. Moving it and adding the historical education components will require a little help from Councilman Eric Dinowitz.

“We hope that Councilman Dinowitz will engage in conversation with us on how we can restore the grotto and protect it from vandalism in the future,” Miranda said. “It requires a conversation, and until we start to engage in that conversation, nothing is going to be done.”

They shouldn’t find much resistance from Dinowitz, however, telling The Press he agrees how important it is to manage public spaces — including the grotto at Seton Park.

“It is crucial that we maintain and protect our open spaces and historic elements that give our district its unique character,” the councilman said, in a statement. “Outdoor space contributes to the vibrancy and livability of our neighborhoods. As a former public school teacher, I also understand the importance of educating people about the significance and relevance of our district’s history. All of this is what makes the North Bronx so special.”

And it can also highlight some of the vibrant history that helped make Spuyten Duyvil what it is today.