Black, Latino students represent 40% of test-takers, but 9% of accepted 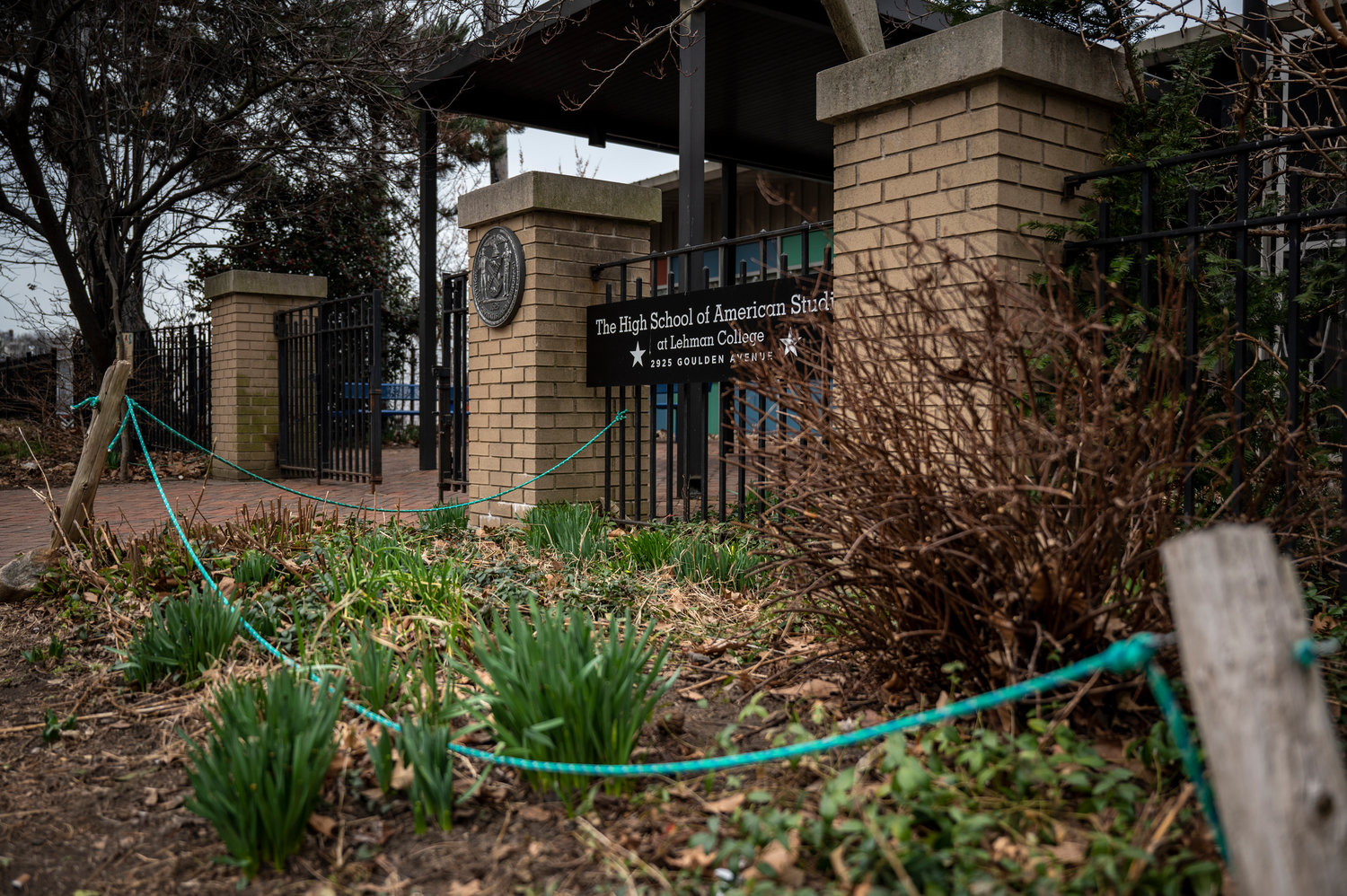 The city’s specialized high schools — including the High School of American Studies — require taking the Specialized High School Admissions Test to be considered. But this year’s numbers were grim for Black and Latino students, making up just 9 percent of those accepted.
HIRAM ALEJANDRO DURÁN/ File 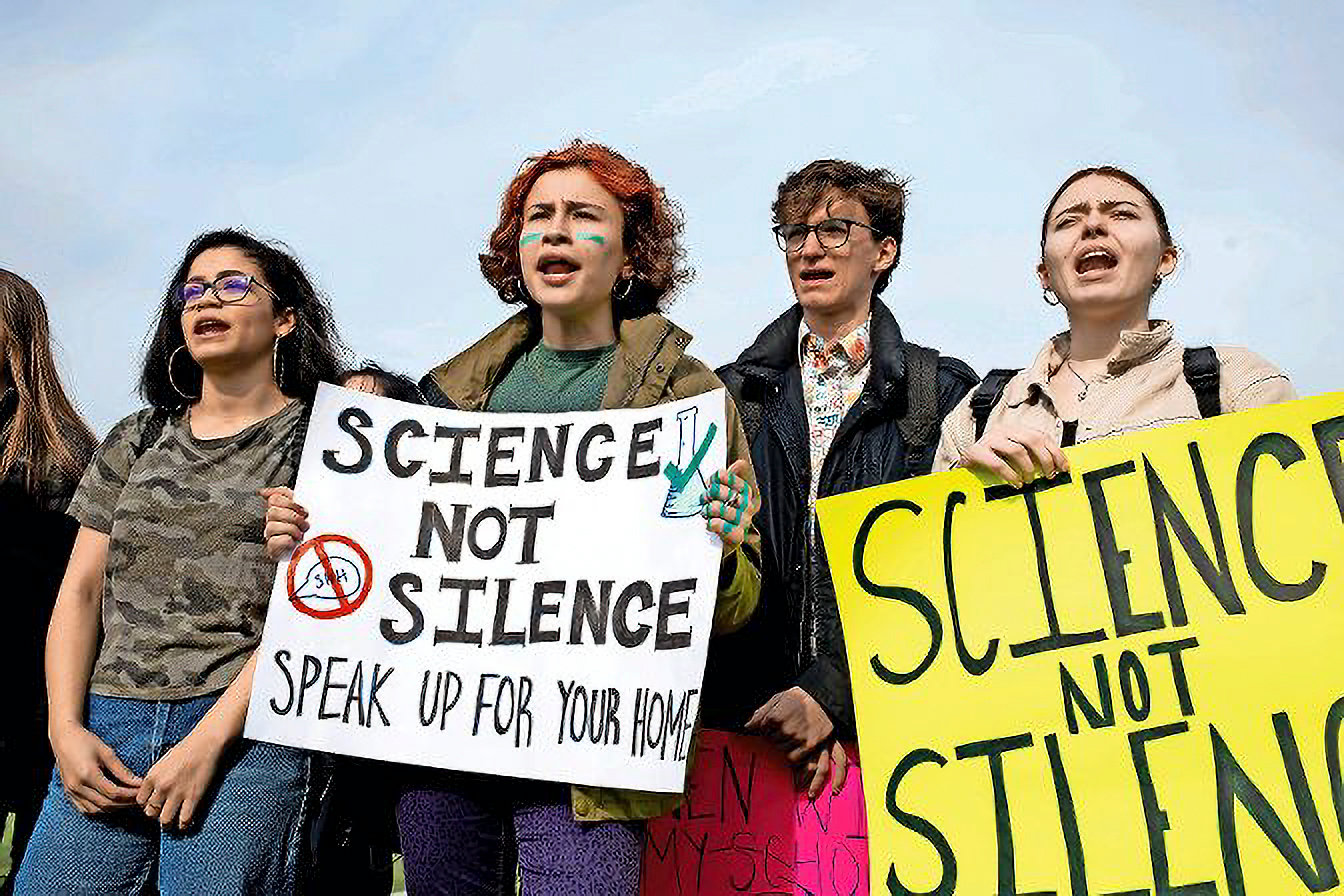 The Bronx High School of Science aimed to address climate change in a student-organized protest back in 2019. That same year, only a dozen Black students were offered admission to the elite public school. This time around, the numbers improved — but not by a lot — as 21 Black students were admitted.
JULIUS CONSTANTINE MOTAL/ File 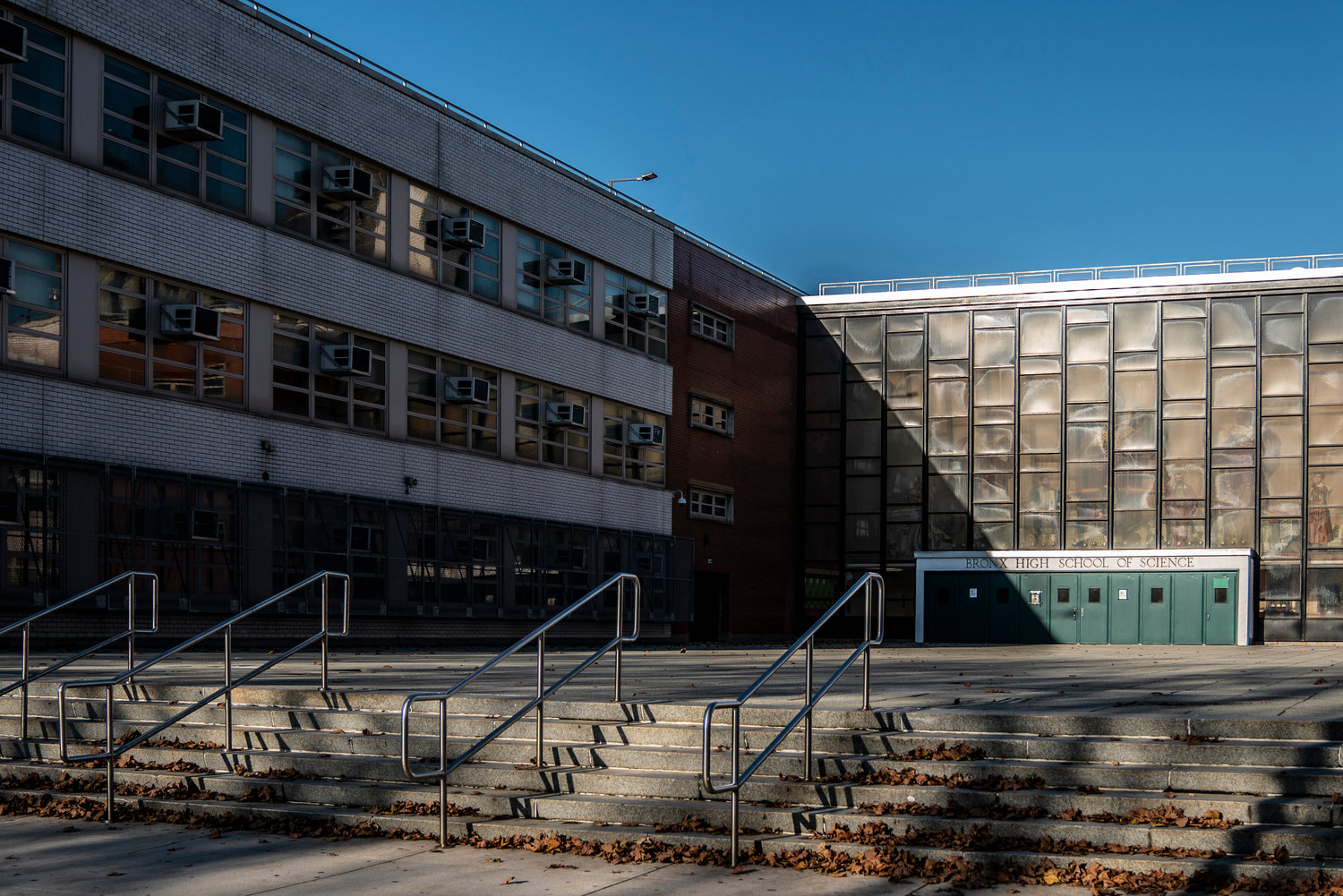 Admission numbers were particularly low for Black and Latino students seeking enrollment in the city’s specialized high schools for the upcoming academic year. Locally, at the Bronx High School of Science, fewer than 10 percent of those offered admission identified as Black or Latino.
HIRAM ALEJANDRO DURÁN/ File
Previous Next
By ROSE BRENNAN

Specialized high schools are a subject of controversy in the city’s public school system — particularly when it comes to who gets in. And with the recent data released by the city’s education department about those offered admission to schools like Bronx Science and the High School of American Studies locally, it might be easy for some to see why.

Black students accounted for nearly 19 percent of those taking the Specialized High School Admissions Test — the exam that serves as the sole admissions criteria for most of these “elite” institutions. Yet, they received less than 4 percent of admission offers.

Meanwhile, Latino students accounted for almost 23 percent of test takers, but only about 5 percent of those ultimately offered admission. All from the nation’s largest public school system where 70 percent of students are Black or Latino.

Notably, the number of people taking the test was down more than 15 percent from last year — likely due to the coronavirus pandemic. But even that hasn’t changed the fact Black and Latino students receive far fewer admissions offers than their counterparts.

Those are troubling numbers for Assemblyman Michael Benedetto, who chairs the lower chamber’s education committee. He supports repealing the Hecht-Calandra Act — which mandates the SHSAT as the sole requirement for admission to the city’s specialized high schools — because to him, it isn’t doing any favors for Black and Latino students.

“I don’t know what (the admission numbers) say, outside of it’s not really a true reflection of the New York City population,” Benedetto said. “It is not the case that only 8 percent or 9 percent of minority students … are qualified for these high schools. It’s an embarrassment.”

The only schools legally bound by Hecht-Calandra are Brooklyn Technical High School, Stuyvesant High School and the Bronx High School of Science. The others, however, elect to follow the same admissions model — with the exception of Fiorello H. LaGuardia High School, an arts school which requires a portfolio or audition for admission.

Neither Bronx Science nor its American Studies neighbor were immune from those troubling admissions numbers. Bronx Science admitted 21 Black students and 51 Latino students this year — less than 10 percent of its total offerings. White students accounted for nearly a quarter of students admitted, while Asians made up more than half of the total offers.

Assemblyman Jeffrey Dinowitz, a Bronx Science alum himself, said those numbers were indeed troubling, but he doesn’t think repealing Hecht-Calandra and doing away with the SHSAT is the way to fix it. He believes it’s the only way admissions to the specialized high schools can remain objective.

“Don’t blame the test,” the Assemblyman said. “Blame the system that deprives children of the opportunity to excel.”

Like his father, Councilman Eric Dinowitz believes it’s disingenuous to think inequality in education begins with the SHSAT. For him, those disparities begin at birth and persist as Black and Latino students make their way through the public school system.

Simply, some students have access to test prep programs and other education resources, the younger Dinowitz said, while others don’t.

That was the case for Kevin Chirinos. The American Studies senior said he was fortunate enough to attend a middle school with an honors program — one that had SHSAT prep as part of its curriculum. And it clearly worked for him. Chirinos is about to graduate from a specialized high school. But many public school students don’t have access to programs like that — and Chirinos believes the admission numbers reflect that.

“It really speaks to the issue that … primarily minority-populated middle schools don’t get enough funding from the city,” Chirinos said. “And there’s just no resources within the schools in order to actually advance in the school system.”

Councilman Dinowitz believes addressing inequality in the public school system needs to begin early, and expanding the city’s educational offerings — especially programs like universal pre-K and 3-K — can help to address those inequalities.

But for many in the public school system, that time already has passed. In those cases, the councilman believes awareness and access are critical to increasing the number of Black and Latino students in specialized high schools. That is, not only should the city try to increase awareness of where, when and how students can take the SHSAT, it also needs to provide accessible test prep resources in underrepresented communities.

And that might be one area where Dinowitz agrees with one of his challengers in the upcoming June Democratic primary. Mino Lora also believes the school system should stop limiting access to a specialized education to just 1 percent of students, and instead expand those offerings across the city. And if not, then the playing field must be leveled.

“We need to understand there should be excellent schools in every neighborhood,” Lora said. “We’re all fighting for these handful of schools, but what about the other million students? If you’re going to say that (the SHSAT) is the admissions requirement, then every single eighth-grader needs to have access to that prep.”