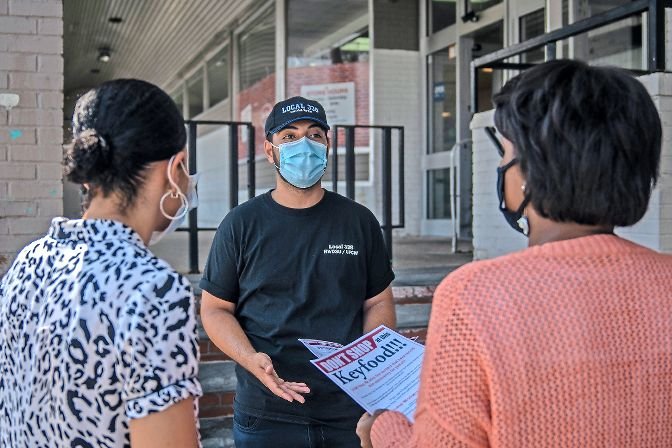 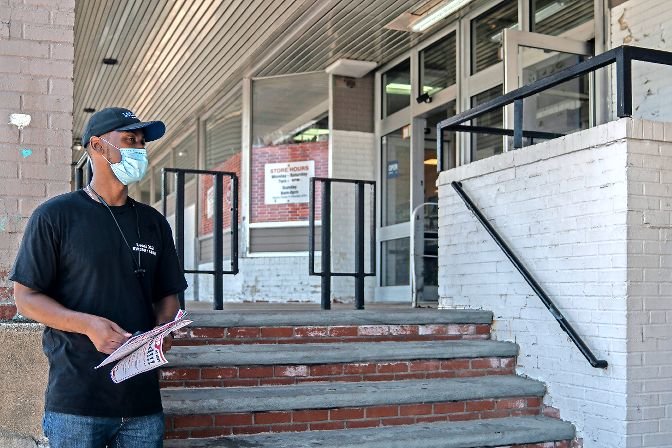 Raymond Forbs, a retail store union representative, stands outside of Key Food at 5661 Riverdale Ave. — something he’s done for the last two weeks — handing out flyers claiming the grocery store laid off 21 union employees after the store closed suddenly earlier this month, only to reopen days later.
HIRAM ALEJANDRO DURAN 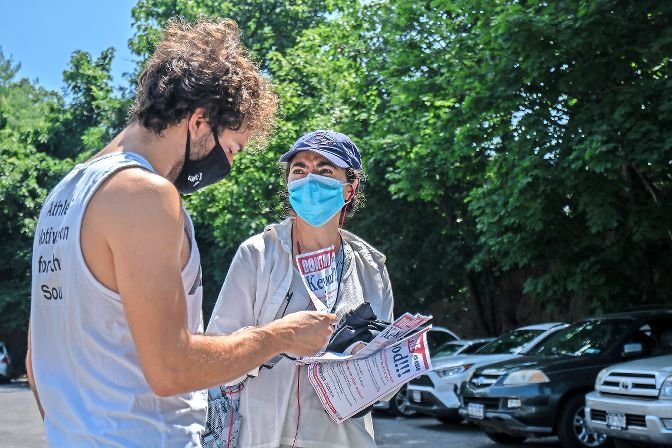 Former union employees at the North Riverdale Key Food have been showing up every day handing out flyers to shoppers and talking with them about their abrupt firing earlier this month. Chloe Rodríguez, a former florist, was one of the 21 fired
HIRAM ALEJANDRO DURAN 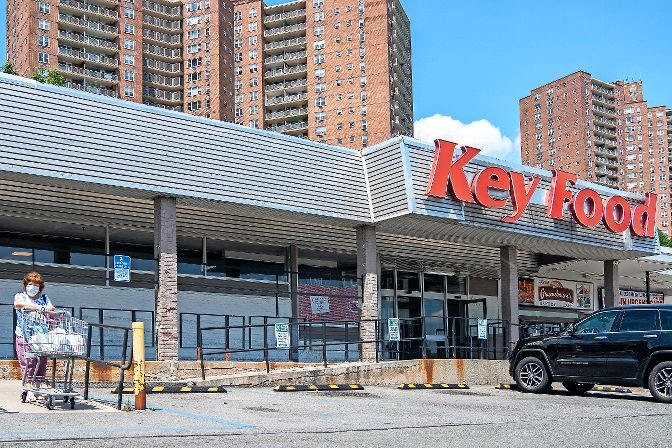 The Key Food at 5661 Riverdale Ave., is one of a small number of grocery stores in North Riverdale that, until earlier this month, had union employees. After they were abruptly laid off earlier this month, those employees have returned to the Skyview Shopping Center trying to raise awareness of their situation.
HIRAM ALEJANDRO DURAN 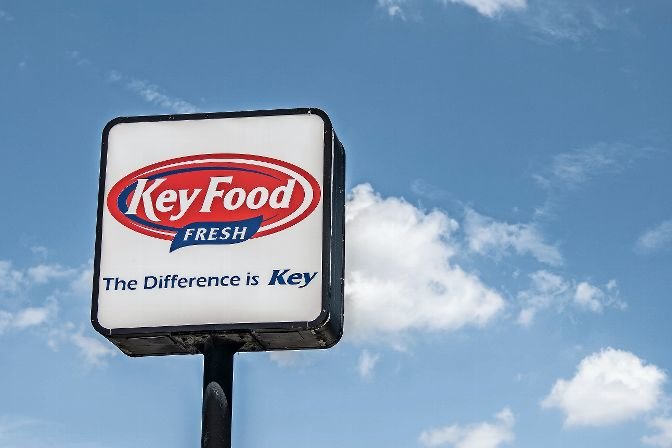 North Riverdale isn’t exactly flush with supermarkets, and some local shopper rely on the Key Food at 5661 Riverdale Ave. Recently laid off union employees have spent recent weeks in the Key Food parking lot sharing their stories with anyone willing to listen about how they were let go.
HIRAM ALEJANDRO DURAN
Previous Next
By KIRSTYN BRENDLEN

For years, the Key Food grocery store at the Skyview Shopping Center in North Riverdale has been subject to criticism.

Customers have found an outlet on social media to complain about old food, wet floors and crumbling ceiling tiles on what almost seems like a daily basis. And at least a few times a year, rumors begin to circulate the Key Food is getting ready to close forever.

The super market did just that on July 6. Customers showed up that Monday morning to find the doors locked and its inventory cleared out. Franchise owners Kevin and Jamie Luna would later share how rent had simply become too much.

But it wasn’t forever. Braun Management, Skyview’s landlord, promised a new super market would open within two weeks. That led to a lot of community speculation as to what would go in there. Could Garden Gourmet expand its popular Broadway location? Could Trader Joe’s finally set up shop?

It didn’t take two weeks for the store to reopen — just a few days. And customers were welcome back into a grocery store that, seemingly overnight, transformed from a Key Food to … a Key Food.

But this Key Food was different. It has a new owner — one who refuses to share her name with The Riverdale Press, and refused to comment for this story. And it no longer employed 21 people who just happened to also be members of Local 338 of the Retail, Wholesale, Department Store Union.

Those employees may not be welcomed inside the store anymore, but that hasn’t stopped some of them from making regular visits to the parking lot, protesting what they say was an unlawful — yet successful — attempt at union busting.

Francisco Montes has worked at Key Food for 28 years, starting back when it was known as A&P.

Throughout that time, he was known as the man behind the vegetables, grown all over the world.

“I try to give all the customers the best of what they deserve,” Montes said. “It’s me. It’s my nature. I like to help people, too.

“Even during these bad times in the pandemic, I was coming. We were coming. People need to eat. People need to have something on the table. They deserve the same service.”

As he stood outside on a sultry summer Friday, customers walking out of the store instantly recognized Montes, stopping to talk to him about what they were finding inside the store — and how things are going for Montes with his children and family at home.

Employees had been given about two days’ notice that the store would close in late June, according to Local 338 representative Raymond Forbs, and were fired shortly afterward. When the store reopened the following week, many non-union employees kept their positions, but no union workers were asked back.

Union workers only realized something was amiss about a week before the store closed, when the work schedule for cashiers was posted. The schedule only included a few days of the following week, he said, and the store stayed open without union employees for another few days before the infamous closure.

According to a 2016 city law known as the Grocery Worker Retention Act, union employees are entitled to have their vacation and sick time paid out, Forbes said. They’re also supposed to remain on staff for at least 90 days after an ownership change.

The union has not been successful reaching the new management, he added, or even finding out who they are.

Carmela Huang, supervising attorney for the employment unit at the Legal Aid Society, said most of the Key Food workers’ rights would likely come from their involvement with the union.

“There is a federal version and a state version of what’s called the WARN Act, and you often will see it more in the federal context, because there’s a sort of numerosity requirement,” said Huang, of what is more formally known as the Worker Adjustment and Retraining Notification Act of 1988.

“You have to have laid off a really large percentage of your work force. And in those circumstances, both the federal and the state WARN Act could get triggered.”

For this particular grocery store, it’s unlikely there were enough employees let go to trigger the act, she said. But with union backing and collective bargaining in place, the employees have a chance at being reinstated if that’s what they want.

“If you’ve got a union, you can negotiate any number of things relating to the conditions of work,” she said. “You can ask for higher wages, better working conditions, notice. All these things they don’t really have a right to under the law unless they work collectively.”

“Eventually, the truth will come out, and things will start to fall in place,” Montes said. “It was unfair for us to be fired without letting the union know, without letting us know. And do things behind our backs.