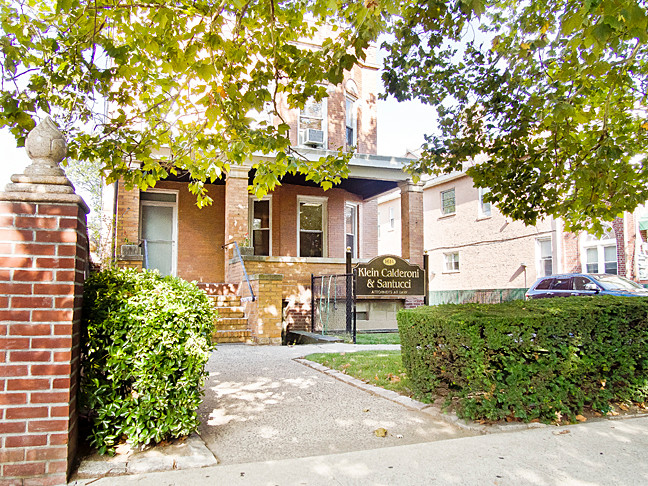 The city’s Department of Buildings (DOB) has renewed efforts to compel state Sen. Co-majority Leader Jeff Klein’s law office to comply with zoning laws. After first citing the East Bronx law office as an illegal commercial use in a residential zone in 2006, the DOB has now referred the site to its padlock unit — the first step in a long process that could end with the office’s eviction.

DOB documents show that on Aug. 4 and 12, an inspector unsuccessfully tried to enter Klein, Calderoni & Santucci, LLC at 1614 Williamsbridge Road in relation to a complaint saying the building was an illegal conversion of a residential space.

The document states that a female inside the office denied the inspector access the first time and there was no answer to the official’s knocks and ringing the second time.

After that, the inspector quickly referred the matter to the padlock unit — an arm of the DOB empowered to padlock illegally used buildings if the owner and occupant fail to end the illegal use after lengthy further negotiations.

A DOB document on its Building Information Site dated Tuesday confirmed that the complaint has been “accepted by padlock unit.”

Mr. Klein, who is in a Democratic primary fight, declined to comment on the matter on Thursday.

The New York Post first brought the complaint to light in 2012. Mr. Klein’s firm purchased the two-family house in 2005 and immediately converted it to office use. He told the Post that he was unaware, until he received a notice of violation from the DOB in January 2006, that he was not in compliance with zoning laws.

At the time of the Post report, the newspaper quoted him as saying he thought that payment of a $480 fine had settled the matter, although the city had issued a directive to “discontinue illegal use.”

Asked why so many years elapsed between visits by building inspectors, a department spokesperson said the DOB only acts quickly if the violation poses a health hazard and that otherwise, it is up to owners to resolve complaints.