After a year performing online, it’s time to see them in front of an audience 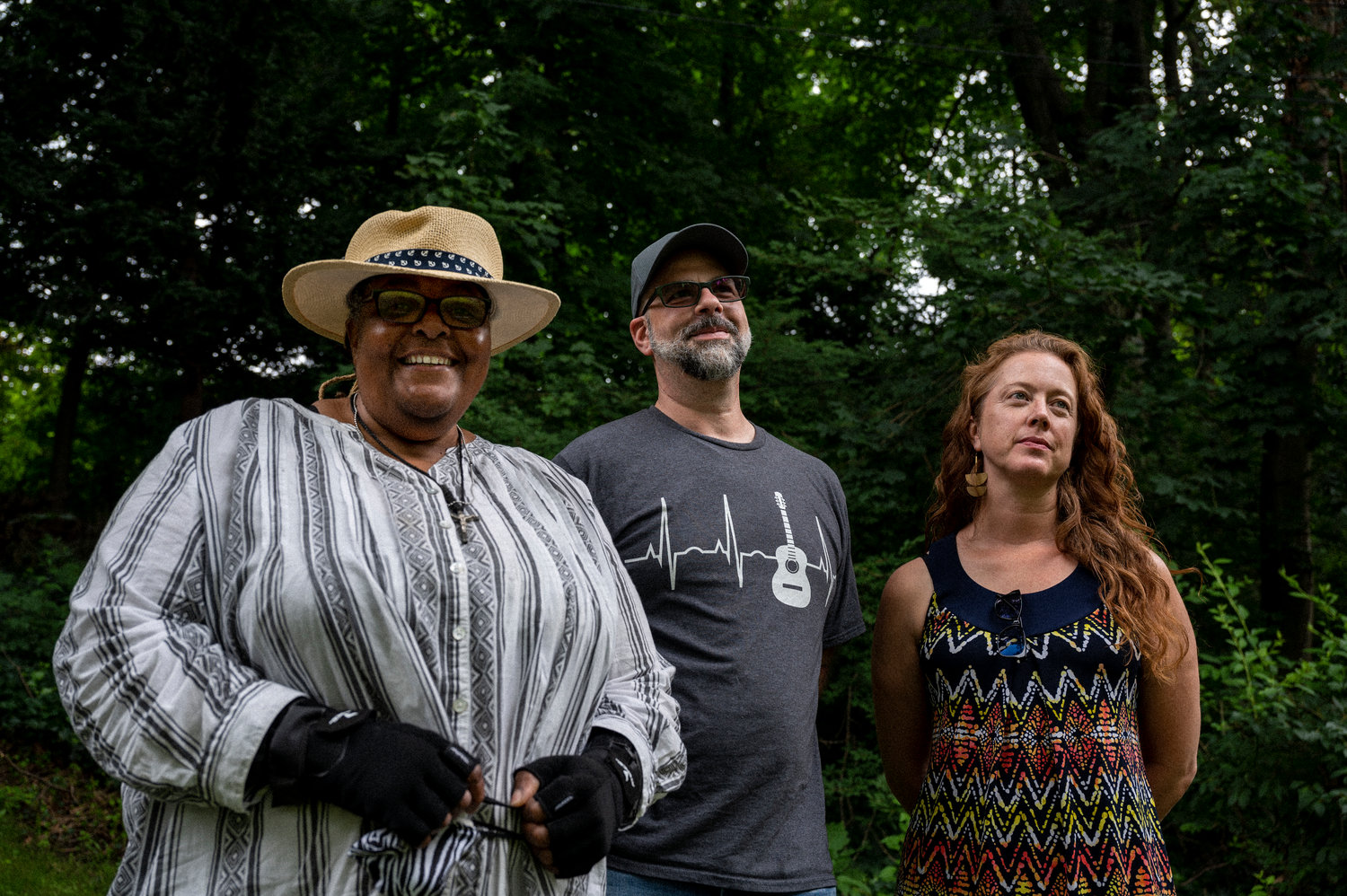 Melanie Scott, Mitchel Sobel and Maggie Greenfield stand outside Christ Church Riverdale on Henry Hudson Parkway East where their group Community Music Social will host a free outdoor concert this weekend. They’re part of a group of local musicians who came together through Home Remedy, who played music online together during the coronavirus pandemic.
HIRAM ALEJANDRO DURÃN
Jam out on the lawn

Do you want to see some live music this weekend? Stop by the Community Music Social concert Saturday, July 24 at 3 p.m., on the lawn of Christ Church Riverdale, 5040 Henry Hudson Parkway E.

The organizers are also keeping the event open for musicians who want to drop by and perform as well.

The coronavirus pandemic will likely be remembered for how much it isolated people from one another. At the same time, however, it may also be seen as a period that helped many new communities come together.

One of those communities is a live music performance collective called Home Remedy, which was started right here in this corner of the Bronx by Jarrett Murphy — the former editor of the online City Limits news outlet. Murphy, who’s played music since he was in high school, launched Home Remedy when the pandemic first hit the city in March 2020.

It was a way to keep live music going even when everyone was on lockdown, gathering musicians to play on Facebook Live for an audience stuck in their homes. Murphy filled up his virtual stage with other acts he’d met from organizing the local Make Music New York event — part of a citywide concert series that takes place every summer solstice — in Fort Independence Park a couple years ago.

The Home Remedy concerts took place every Thursday between late March 2020 until June 21. It started with five to six acts before expanding to about a dozen. Performers would play for 20 minutes — mostly by themselves, Jarrett said. But some figured out ways to play together simultaneously from different locations.

“Over the last year, it was a way to have all the musicians get out there and put their music out there, and then kind of develop this wider community a little bit more,” Sobel said.

But now that the pandemic is dying down and people are emerging from their homes, Sobel and a group of other Home Remedy performers have decided to take the online music community they formed out into the real world. They’ve formed Community Music Social, a group that aims to bring local musicians together to play more live music in the area.

The group’s name was inspired by the fact they came together over social media, Sobel said. Their first event will be an afternoon outdoor concert this Saturday on the lawn of Christ Church Riverdale at 5040 Henry Hudson Parkway E.

Holding an outdoor concert like this is important, Sobel said, because its more open and accessible to the community than indoor shows at venues like An Beal Bocht Café.

Sobel is a member of Christ Church Riverdale himself. In fact, the church is where he met writing partner Melanie Scott and another musician, Maggie Greenfield. Both helped Sobel put Community Music Social together.

The trio first came up with the idea after performing live together at last month’s Make Music New York event, which Greenfield organized.

“We just had a great time,” Scott said. “It was really the first time that we’d been able to play in front of a live audience in quite some time. And Maggie said, ‘We should do that at least a couple of more times before the summer’s over.’

“So, we’re kind of rushing to get artists together to just play. It’s not a fundraiser. It’s not a paid concert. We’re not asking for anything from anybody. Just get together, play some music, have some fun.”

Still the organizers wouldn’t dissuade anyone from making a donation to the church, Sobel said, which could likely use the funds after the pandemic.

Saturday’s show begins at 3 p.m., and as of right now has a lineup of five to six acts. But Scott says they’re still adding to the roster, even encouraging people who haven’t signed up to just stop by and play.

“Because we kind of put this together at the last minute, we’re not going to have a ton of musicians,” Scott said. “And if there are any musicians out there who haven’t ‘signed up,’ they’re welcome to drop by and join us that day. We’re not tied to a sign-up slate.”

The concert will have a mix of genres, Sobel said, including bluegrass, folk and rock. Sobel and Scott will perform some original songs, which he says is “acoustic rock in a 1970s style with a bit of a country tinge to it.” Additionally, the musicians will all come together for an extended jam session in the middle of the concert.

“So, being able to kind of anchor (the music community), as long as it’s successful, that’s hard to measure,” he said. “But I guess it would be if people who don’t normally get to see this group of people play come, and they get to enjoy it. Then if we could do it with some more regularity, that’d be great.”