Voters not too excited to choose county court judges 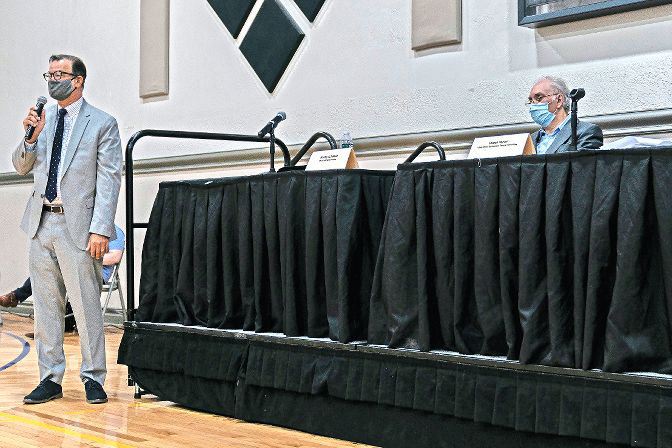 Andrew Cohen is officially headed to the Bronx Supreme Court. Observers have called the process of judicial nominations confusing — something perhaps confirmed when a third of voters chose not to cast a ballot for any of the four candidates during the general election earlier this month.
Hiram Alejandro DurÃ¡n 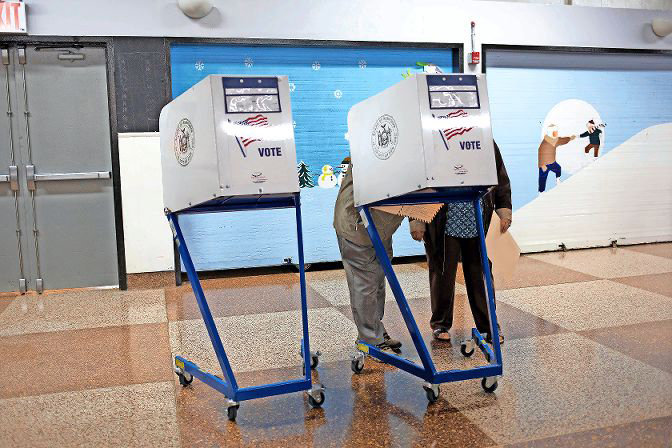 Voters were out in force to select a new president Nov. 3, but they weren’t too excited about down-ballot races, especially those for the Bronx supreme court.
Julius Constantine Motal / File 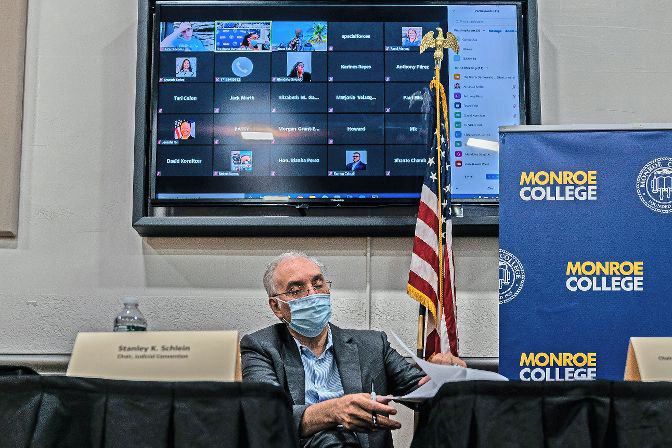 Last September, Bronx Democrats nominated Councilman Andrew Cohen to the Bronx Supreme Court. He and two other nominees, Bianka Perez and Kim Adair Wilson, appeared on the ballot in the general election earlier this month, but more than a third of voters skipped the question altogether.
Hiram Alejandro DurÃ¡n
Previous Next
By KIRSTYN BRENDLEN

Even though most, if not all, the races have been called, not all the election results in New York are in yet.

The presidential race was the big ticket this year, drawing record numbers of voters across the country. But when those same voters looked past names like Joe Biden and Donald Trump, they were confronted with down-ballot races they may not have necessarily been familiar with.

Sure, there were the usual contests like those in the Assembly, the state senate, and even the U.S. House of Representatives — races decided in the primaries because of how far Democratic the Bronx leans. But then there was one race many voters may not have been familiar with: the Bronx County Supreme Court.

County Democrats nominated three people to the bench last September: Kim Adair Wilson, Bianka Perez, and sitting city councilman Andrew Cohen. One person, Orlando Molina, ran as a Republican after dropping out of the race to replace Ritchie Torres on the city council.

Voters were instructed to choose three. In the Democrat-leaning Bronx, the results weren’t a surprise, with Cohen, Perez and Wilson heading to the bench early next year.

But even with all three picking up tens of thousands of votes, many of those selections don‘t benefit any one candidate. In fact, what received the most votes by default was nothing more than a blank line.

Of the votes counted so far, more than 110,000 people just didn’t choose a candidate.

Data doesn’t specify whether all of those voters skipped the entire category, or if some may have chosen just one of three choices. But in any case, the supreme court judge category was largely neglected.

In the presidential race, less than 10 percent of Bronx voters left their choice blank.  Moving down the ballot, that percentage increases: Just over 6 percent left their choice blank in the congressional race easily won by Jamaal Bowman. Just over 5 percent skipped the Assembly race, while 4 percent chose to not to make a decision in the state senate race.

Still, even though there was only token competition in each of those races, the attraction to voters remained far better than it was for judges. It’s likely many didn’t know who any of the candidates were, but that’s not the only reason.

“This is one of those things that I wouldn’t pin so much on low-information voters,” said Margaret Groarke, a political science professor at Manhattan College. “I think that I am a very well-informed voter, and I don’t feel like I know a lot about this. It’s kind of an odd process.”

And since judges are nominated at the conventions, they don’t usually have large campaigns — or any campaign at all. Cohen, as a sitting councilman, was probably the best-known person in the race, Groarke said. His departure has set up a high-profile race to replace him, expected to come in a special election next spring.

How judges are selected depends on where you are in the country. Some are nominated by federal or state officials, meaning just one person is selecting them for what can be a years-long term. While the Bronx system is a little more democratic, Groarke says it still hinges on trusting the delegates nominations and “ratifying” their choices.

Even Cohen admits it’s likely the judicial branch voters think about the least. In part because people might only think about judges once they’ve had direct contact with them in the courts, and in part because he feels the county’s judges are a good representation of their constituencies, and function well.

“If people cared and felt like the people getting nominated to the judiciary were not doing a good job or not the people they wanted, they could do something about it because we’re getting elected,” Cohen said. “If you have appointments, there’s a lack of accountability there that I think is problematic. They all are flawed in their own ways.”

But it is difficult for the public to really know who would be a good judge or not, Cohen said, and they’re in a tough spot when faced with the question.

In some elections, judges will send out mailers to voters to raise awareness of their campaigns and try to drum up some votes, Groarke said. Some organizations, like Citizens Union, used to send out voter guides explaining what kind of experience each candidate had and whether they had been endorsed by the American Bar Association. Beyond that, however, most information sources appear to be partisan.

There’s no clear-cut solution to low participation in the race, and no clear explanation, Groarke said — but, given the trend of fewer people voting in down-ballot races, it’s possible they were just surprised to find the judicial race on the ballot at all.

“This is not a primary,” Cohen said. “It’s a general election. And many of these people who came out and voted come out every four years, and they only came out because they were doing their civic duty and voting for president.

“They were surprised to find there was anything else on the ballot.”