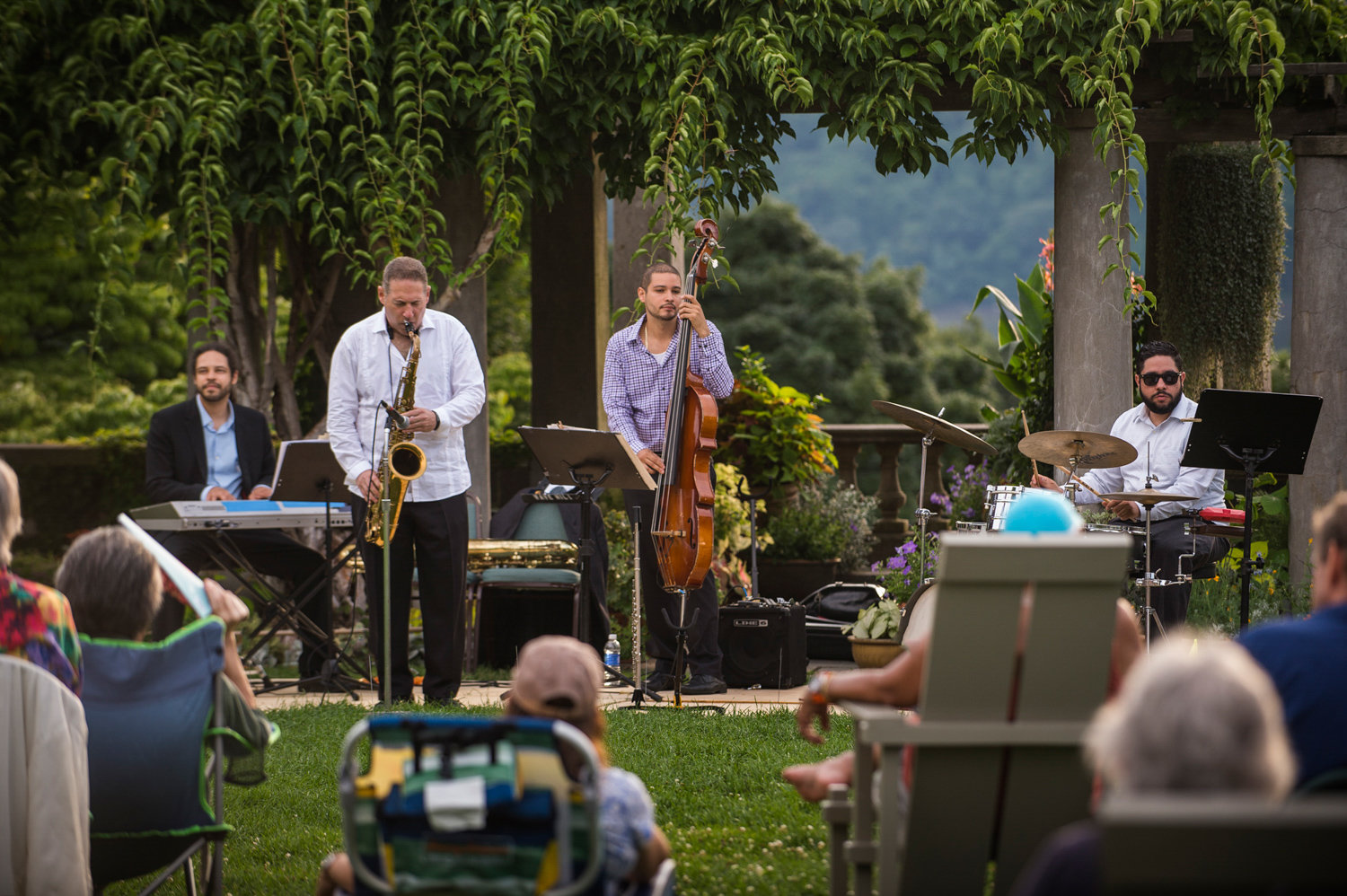 The Mitch Frohman Latin-Jazz Quartet performs at one of Wave Hill’s Sunset Wednesdays concerts in 2014. The garden just wrapped up its summer programming for this past year, and looks ahead to upcoming seasons.
Courtesy of Joshua Bright 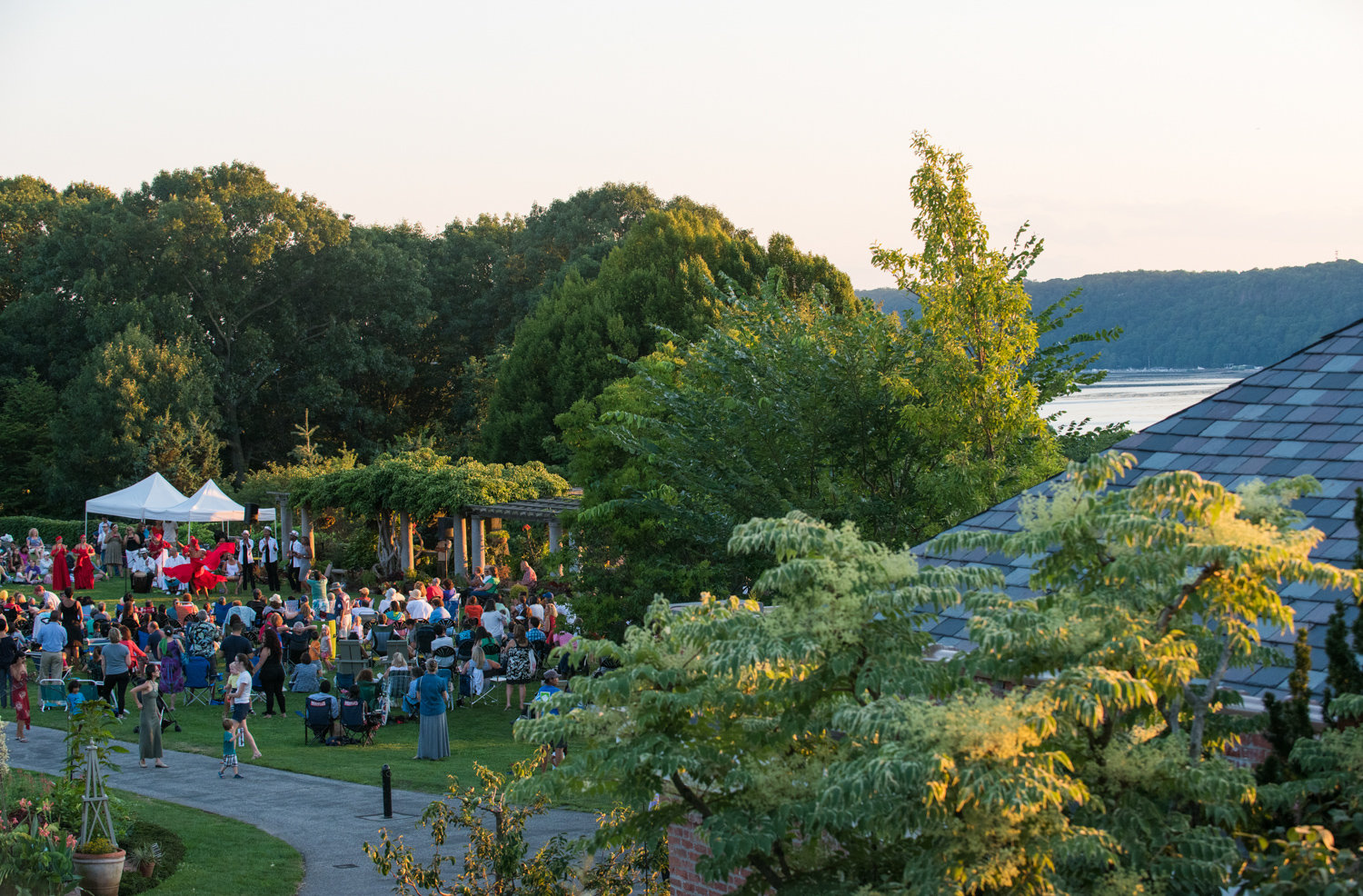 Wave Hill’s Sunset Wednesdays are a series of summer outdoor concerts marking the only times the 675 W. 252nd St., garden is open late. Preparation for each year’s series begins some six months in advance.
Courtesy of Joshua Bright 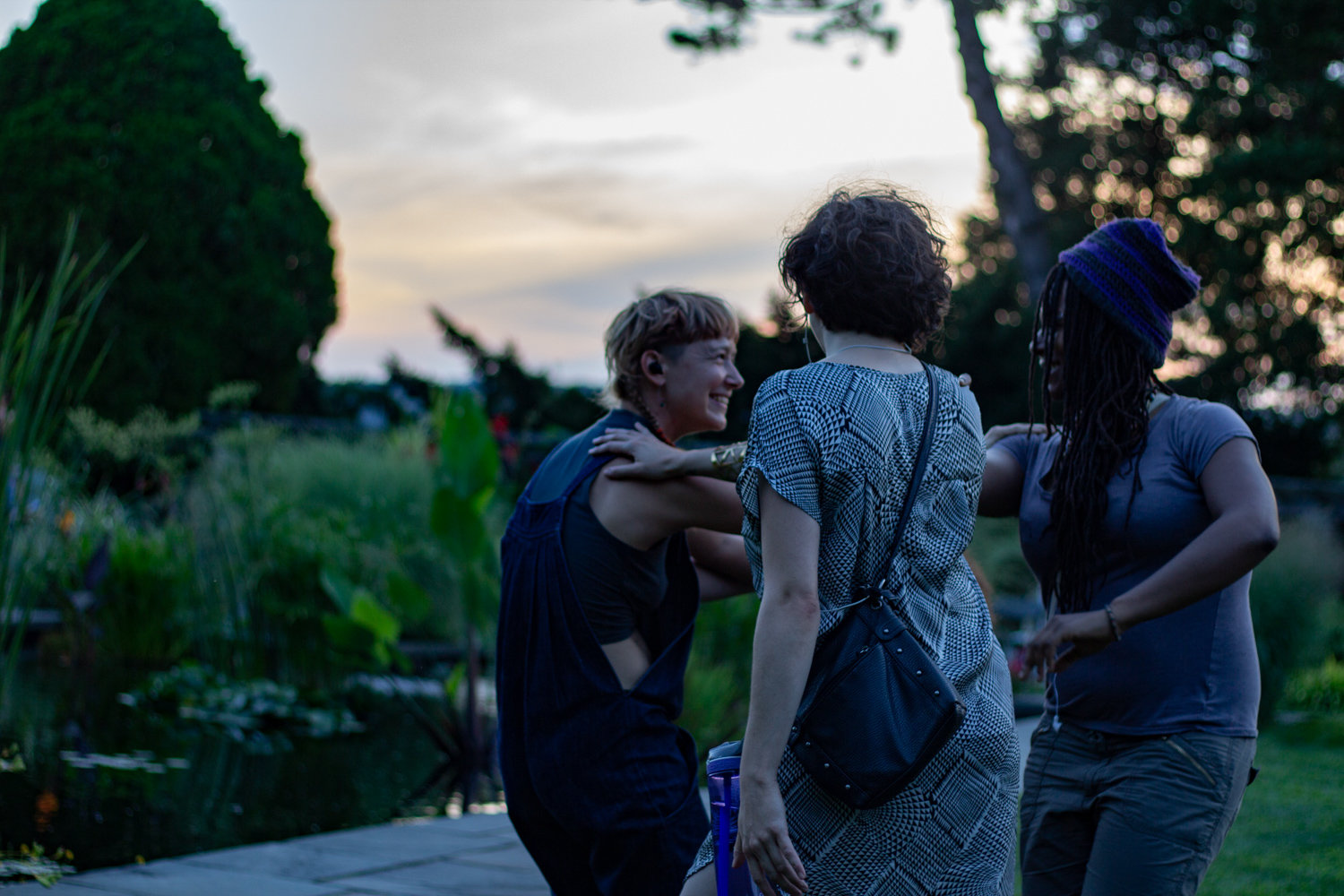 A recent performance for director and composer Arone Dyer’s Dronechoir allowed Wave Hill visitors to experience outdoor music in different locations on the grounds as part of the garden’s Twilight in the Garden Sonic Experience series.
Courtesy of Wave Hill 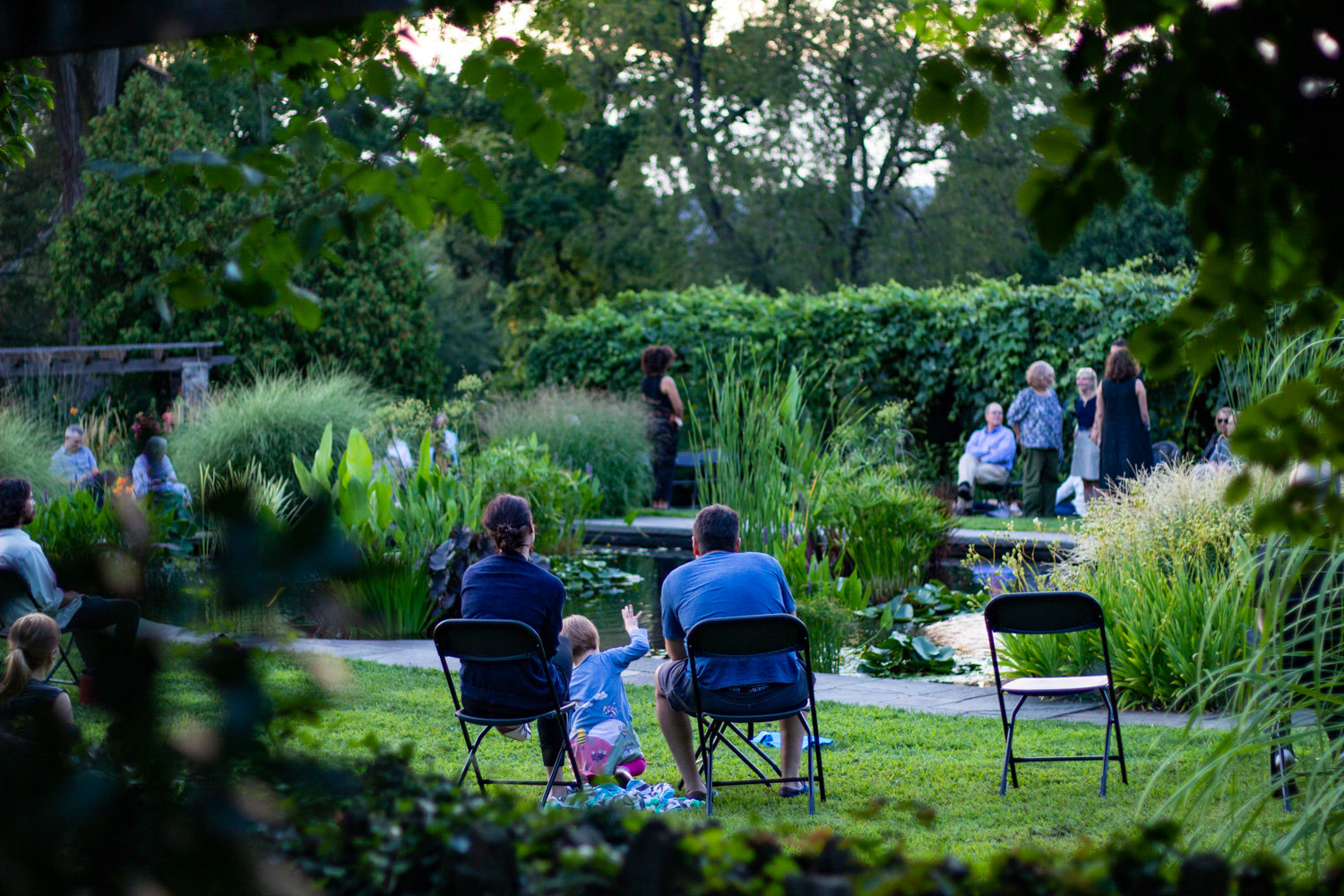 Wave Hill’s Twilight in the Garden Sonic Experience series is one of the many cultural programs the garden offers visitors during the summer as a chance to explore sound in different areas of the space. Each of Wave Hill’s seasonal programs take up to six months in advance to plan.
Courtesy of Wave Hill
Previous Next
By TIFFANY MOUSTAKAS

When it comes to event programming at Wave Hill, sometimes it’s the visitors who call the shots.

At least that’s what Jennifer McGregor says plays a pivotal role in deciding what kind of concerts, nature programs and educational events take place at the 675 W. 252nd St., space.

The garden recently wrapped its Sunset Wednesday and Twilight in the Garden summer programs, offering Wednesday musical performances, bat and full moon walks, stargazing, and even a chance to hear experimental sounds from its Garden Sonic Experience throughout the park on Thursday evenings.

The idea for many of these seasonal features? Visitor feedback, McGregor said.

“They wanted more opportunities to be able to be at Wave Hill for longer hours,” she said. “It’s so gorgeous at dusk and at sunset.”

Wave Hill typically closes at 5:30 p.m., which in the summer still leaves hours of daylight left. There was a lot more Wave Hill could offer visitors through extended summertime hours, giving visitors a unique opportunity to explore more of the 28-acre garden.

“It’s wonderful to do things in the main lawn, but it’s really nice to be able to get people to these walks,” McGregor said, “to experience other parts of the garden.”

McGregor recalls a recent sonic experience performance from Dronechoir, a group of vocalists who met for the first time and performed together without a rehearsal. Arone Dyer, the group’s director and composer, takes this approach with every performance, including one at Wave Hill’s Aquatic Garden last month.

“I was so happy to see how many people really were drawn to this meditative space with the water in the center,” McGregor said.

If there’s one standout event from this summer McGregor had to choose, she’d pick the garden’s summer bat walks that brought visitors together with some of Wave Hill’s more nocturnal residents.

“People think of bats as being kind of scary, but they are all around us, and they are so important to the environment,” she said. “And so to give people a chance to understand them and get to observe them and recognize the role they play in our ecology is just totally what we want to be able to do.”

Planning these events requires Wave Hill to put wheels in motion at least six months in advance and in order to come up with ideas that could be a success. And many times, there’s some studying that needs to be done first.

“We all kind of recognize that the garden is different through the year,” McGregor said. “We’re always looking to make sure our programming is tapping into things that people are curious about, the special things that are going on, and the types of visitors that we’re getting.”

And while they take visitor feedback seriously, McGregor says it’s important she and the rest of the Wave Hill team also think about variety.

“We understand everyone’s not going to like everything,” she said, “but we want to be inclusive and offer a range of things.”

Summer might be ending, but the programs at Wave Hill aren’t. Some programs visitors can look forward to in the coming months include Scavengers and Decomposers Weekend, focused on plant decomposition in October.  And then there’s Wings Over Wave Hill Weekend in November, a yearly opportunity to learn all about birds.

Speaking of working in advance, McGregor and her team already have winter planned, and will soon start exploring programming ideas for the spring. But the warmer months to follow in 2020 are up next on their list.

“We’re definitely going to be reviewing what we did this summer so we can look at what we want to do next summer,” McGregor said.

But in the meantime, McGregor hopes Wave Hill’s visitors — both regular and prospective — just recognize everything the garden has to offer.

“There’s always something going on here,” McGregor said. “And when there’s not a specific program, you can just come and enjoy being here.”