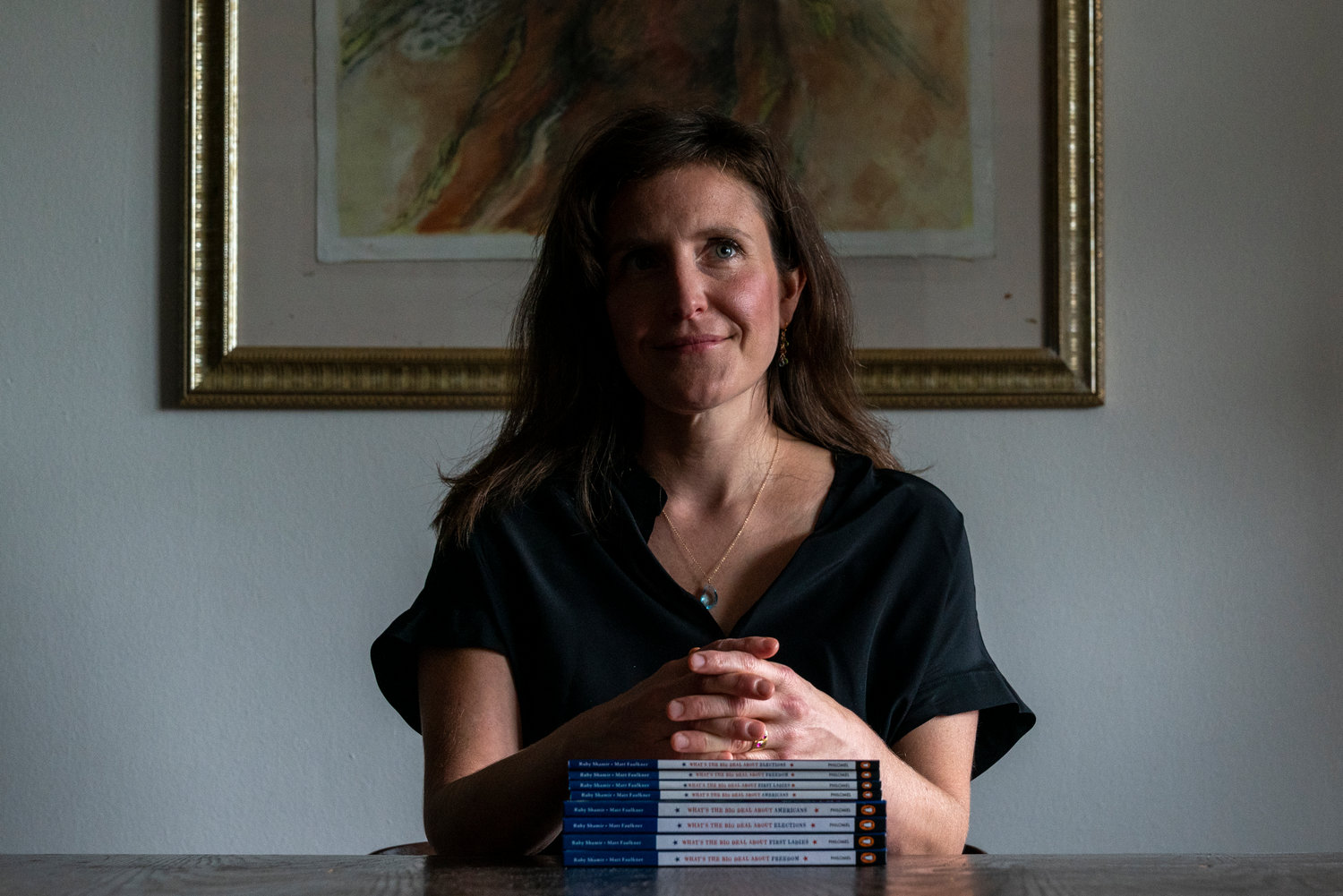 Ruby Shamir views the 2020 presidential election season as a learning opportunity for young children. Her book, ‘What’s the Big Deal About Elections?’ teaches children about the American electoral process and their role in it.
HIRAM ALEJANDRO DURÁN 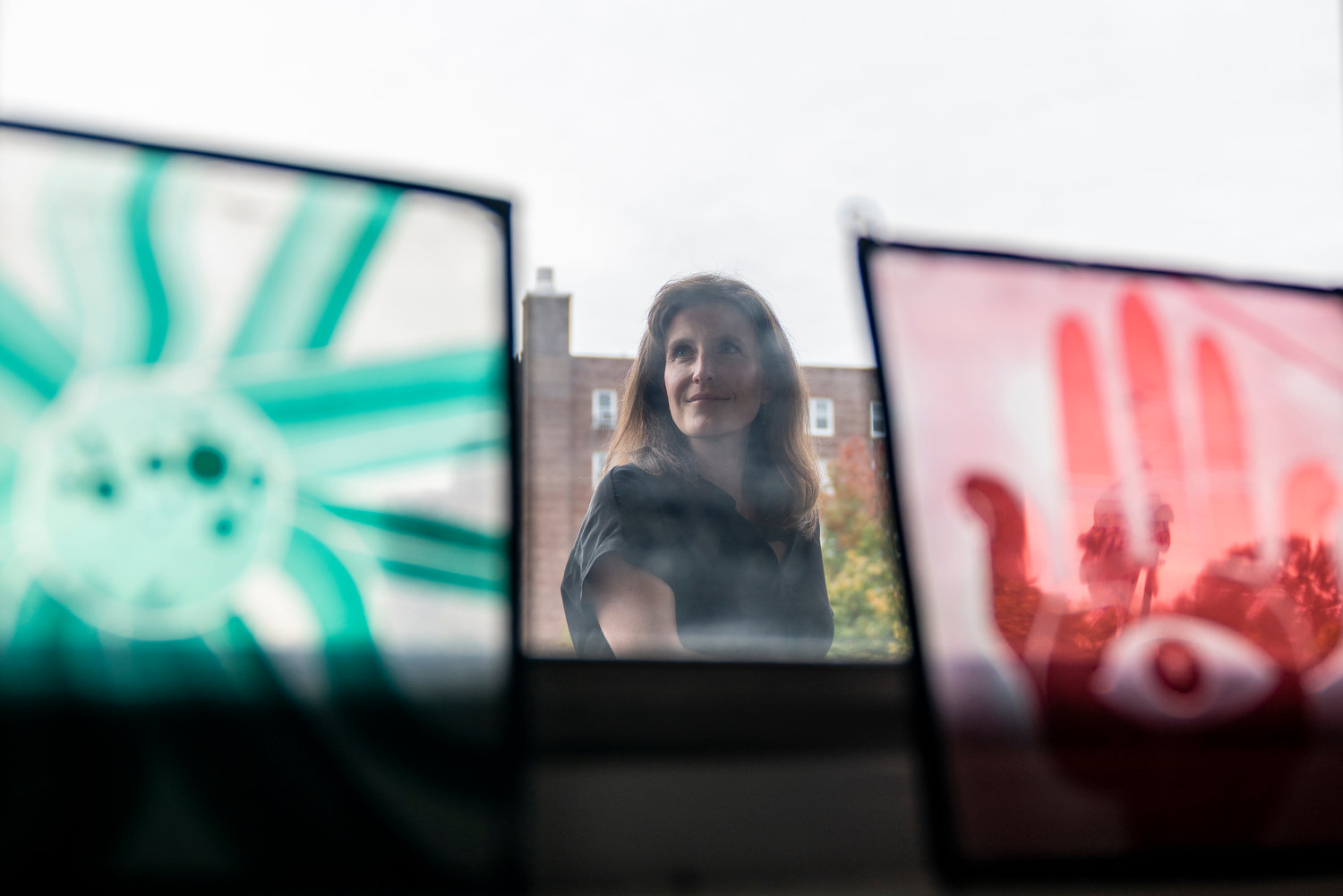 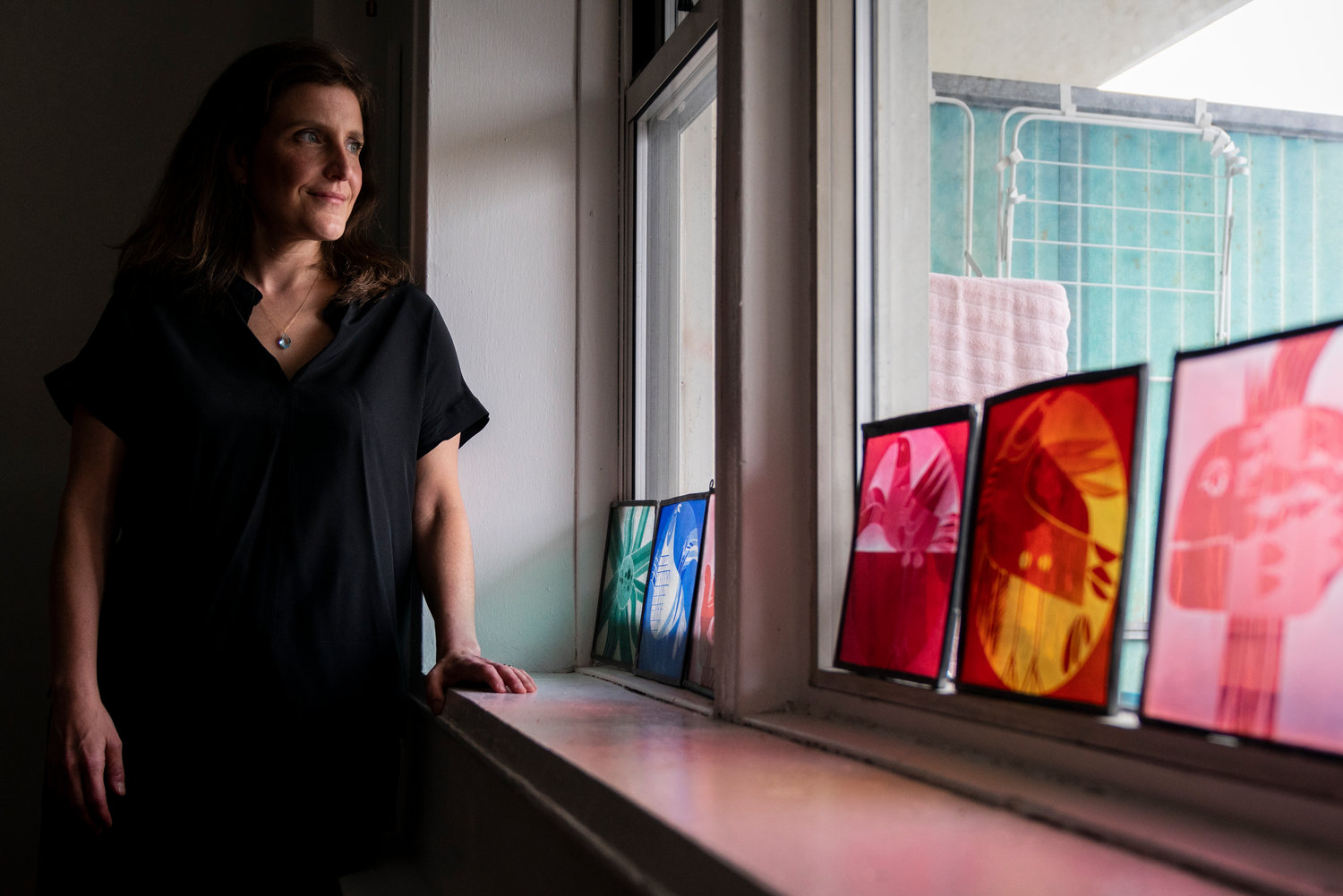 Following a career in politics, Ruby Shamir wanted to teach children about their rights and responsibilities as American citizens. One of her books, ‘What’s the Big Deal About Elections?’ runs the gamut of civics concepts from popular voting to the Electoral College.
HIRAM ALEJANDRO DURÁN 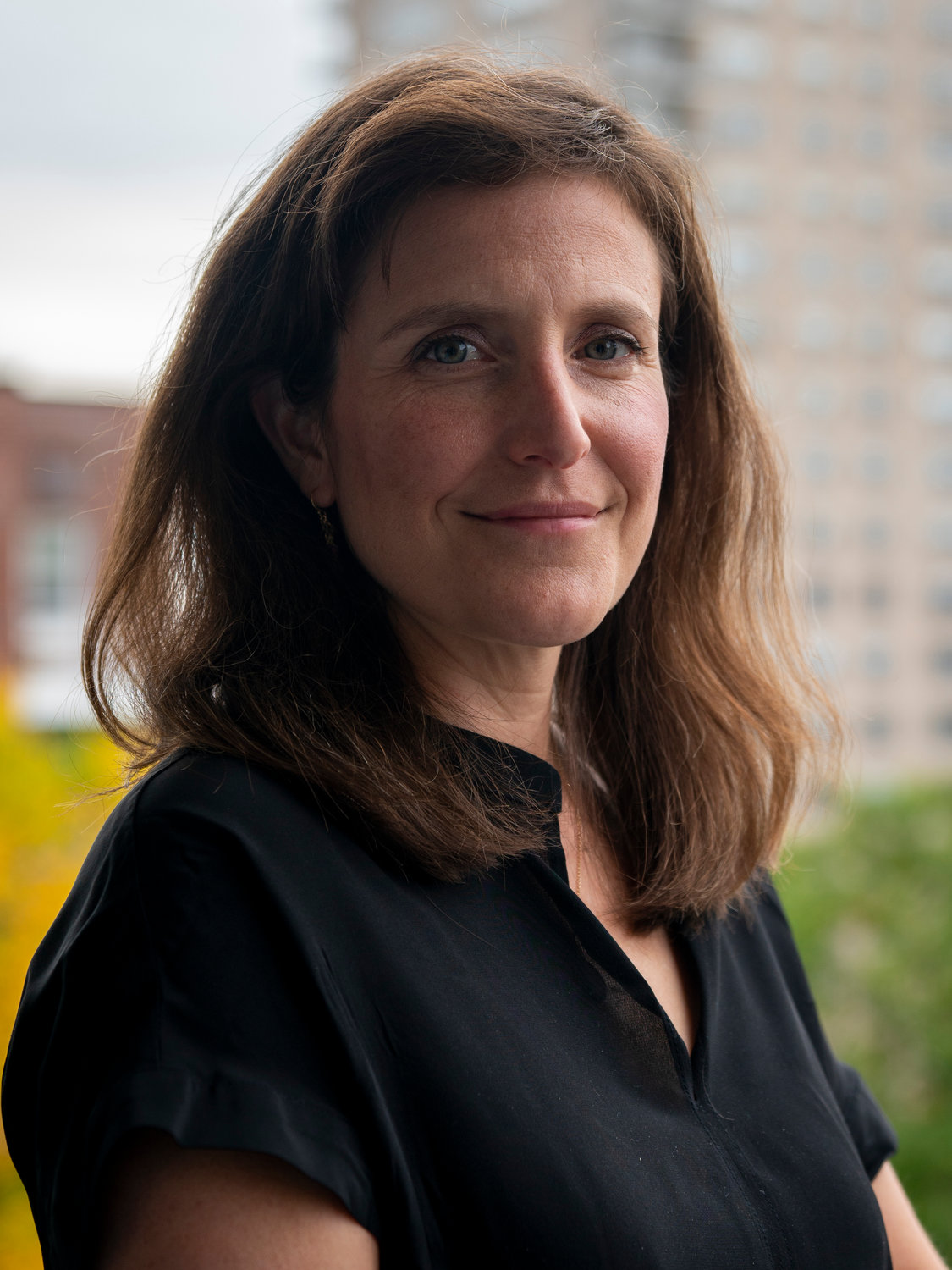 Ruby Shamir is no stranger to book writing, as she helped then-U.S. Sen. Hillary Clinton craft her first memoir. But the audience of her What’s the Big Deal About … series is a much younger one — children.
HIRAM ALEJANDRO DURÁN 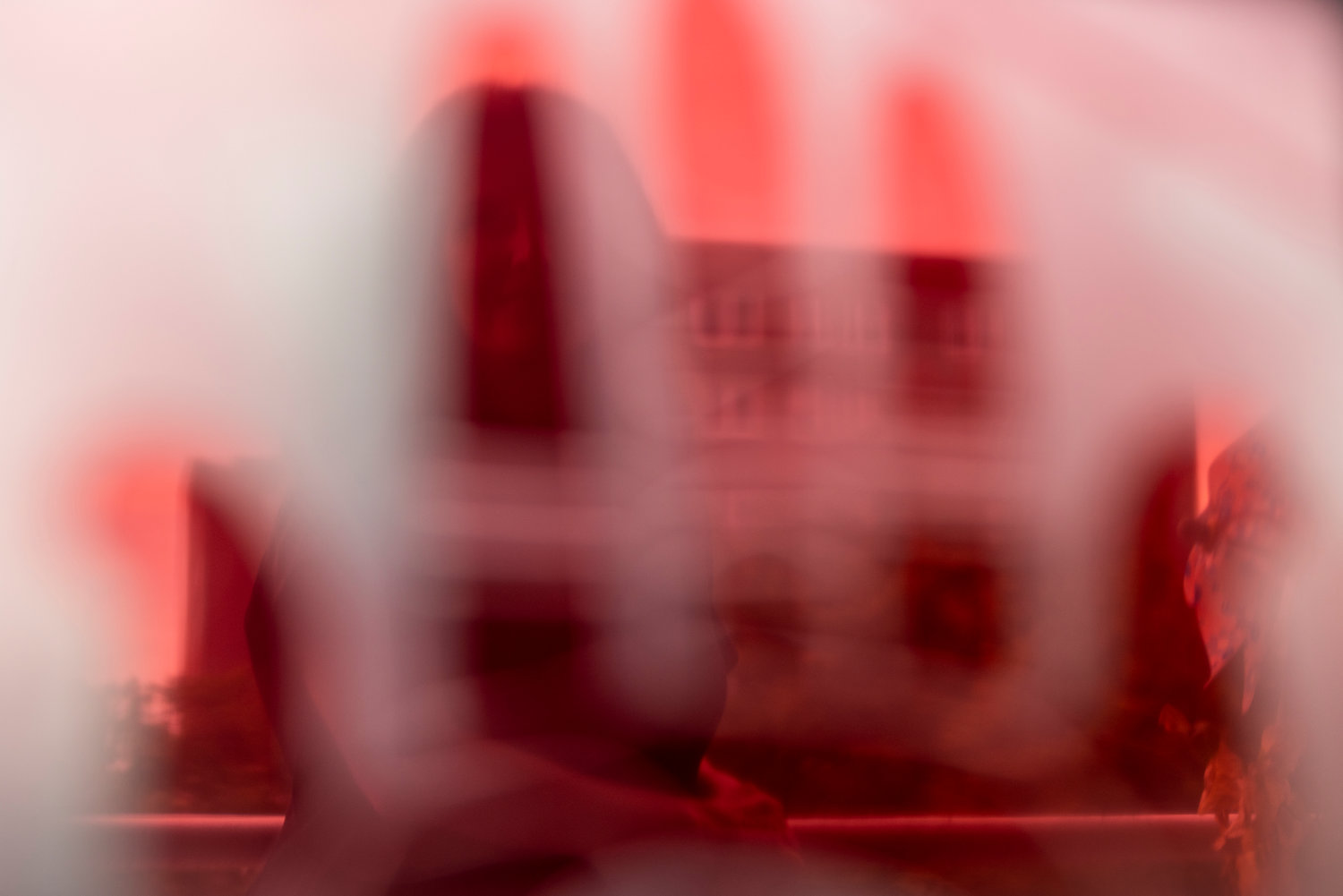 Ruby Shamir hopes her book, ‘What’s the Big Deal About Elections?’ teaches children that while they can’t vote yet, they can still impact their communities in positive ways.
HIRAM ALEJANDRO DURÁN
Previous Next
By ROSE BRENNAN

Election Day might’ve looked quite different this year, but its impact and consequences are largely the same. And Ruby Shamir wants to make sure young children across the country know it.

But the fourth book — which is experiencing a resurgence in popularity for seemingly obvious reasons — is “What’s the Big Deal About Elections?” And while some teachers are crafting lesson plans about the book at Kinneret Day School — where Shamir’s children attend — it’s also being read and taught to civics-minded youngsters nationwide.

While her foray into writing children’s books is relatively recent, Shamir’s investment in American politics and civics isn’t. She worked in the White House during the Clinton years, continuing to work with them during and after Hillary Clinton’s U.S. Senate campaign.

During that time, Shamir helped the future Secretary of State with her first memoir, “Living History.”

Shamir credits her background in politics and public service as a key motivator in targeting children with her civics books. And because of her audience, Shamir needed to be sure the information in the books was not just accurate, but understandable.

“I wanted to engage kids as citizens and encourage them to get involved in their civic life in a whole variety of means,” she said. “But it starts with good information. It starts with solid facts that are presented in a fun, easily digestible way for kids to get a good sense of the strength of our democracy and their place in it.”

Writing a children’s book was certainly different from helping write a memoir. Complex policy jargon was a no-no for the series’ young audience. And while Shamir had a collaborator on her series, it wasn’t a senator this time — it was an illustrator.

Shamir delivered what she hoped was accurate, reliable information to Matt Faulkner, who would then visualize those concepts without words.

“He has tons of creative license, but I wanted to make sure that if there’s anything he’s depicting that is related to historical fact, it has to be really accurate,” Shamir said. “If he’s doing an illustration of Frederick Douglass or one of the First Ladies that I wrote about, it just has to be precise and accurate.”

From early on, Shamir settled on a Q&A format for her books. She not only found the format engaging for a young audience, but also thought it would show respect to a group that often found itself talked down to — whether intentionally or not.

“I wanted to sort of talk to kids in a way that showed them that I respected their potential questions,” Shamnir said, “that I was speaking to them (and) writing to them as people whose opinions, whose beliefs, whose ideas and whose thoughts I respected enough to answer.”

Some concepts — like popular voting — might be fairly easy to explain to children. But Shamir didn’t shy away from explaining more complicated concepts, like the Electoral College and the peaceful transition of power.

Shamir focused her elections book on three key themes: People power, why elections matter, and how children can make a difference. But some adults might ask Shamir, “What’s the big deal teaching kids about voting, especially when they can’t do it themselves?”

“Over time, we have expanded rights and freedoms to more and more Americans,” Shamir said. “I want them to understand that even though they can’t vote yet, they still have a voice. They still have an opportunity to engage in civic life.”

But there might be some increased hesitation from parents about introducing children to politics at the conclusion of a particularly divisive and ugly presidential election — even if it’s just about voting. As a parent herself, Shamir understands that hesitation. But she still thinks there’s a lesson children can learn.

“Like any challenge, it’s either something to avoid and bury, or it’s an opportunity,” Shamir said. “I’d argue — always — to make this one a moment of opportunity to teach kids about the strength of American democracy and the power we wield through elections.”

But civic engagement doesn’t always equate to politics. Shamir’s book isn’t just about kids learning about their role in American democracy: It’s about how they can make a difference in a variety of ways. Children don’t necessarily need to knock on doors for candidates — although they’re well within their rights to do so. They can also learn and participate in civics in other, non-political ways.