Whether from a sanctuary or from a home, virus is no match for God 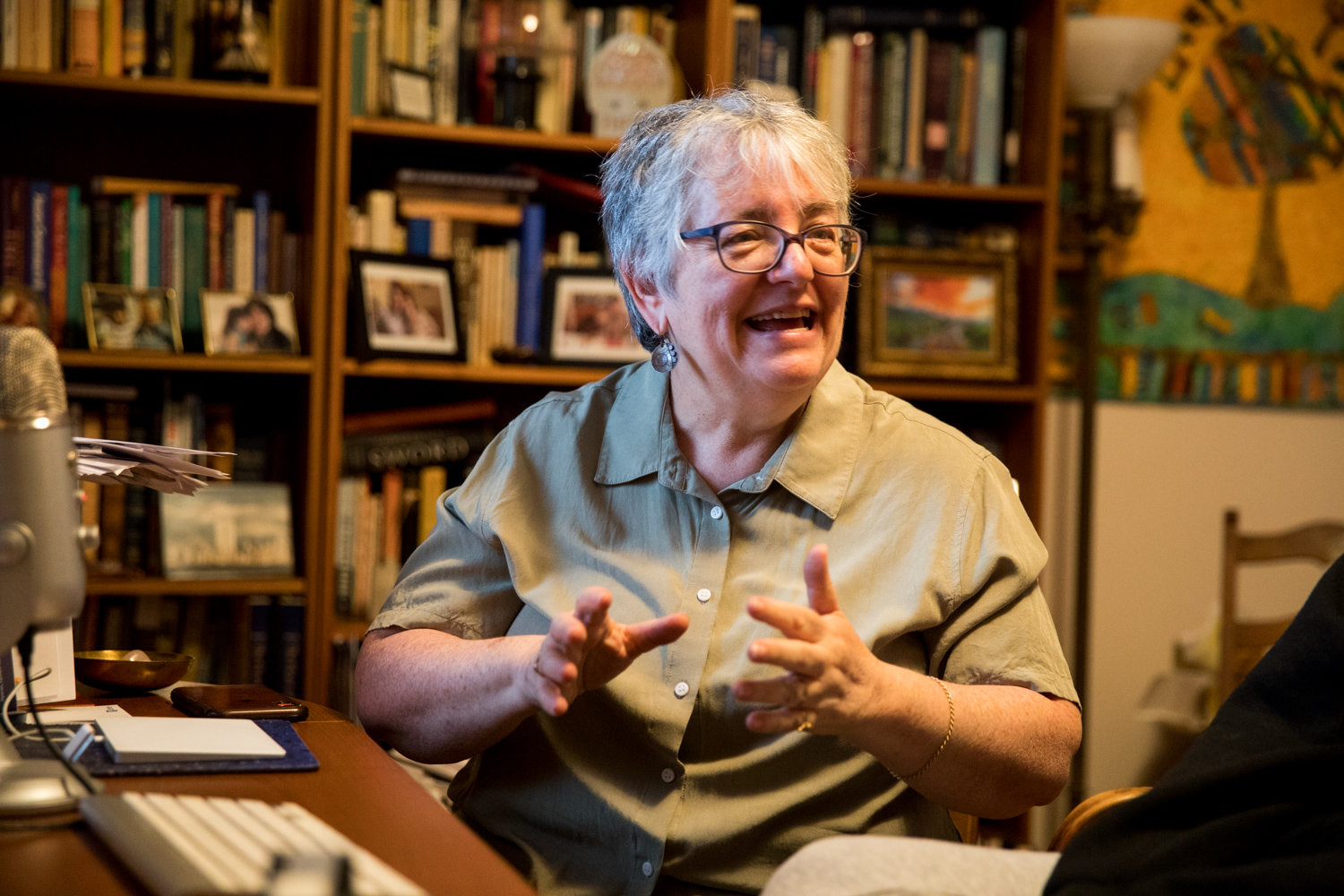 Despite the partial reopening for houses of worship, Rabbi Linda Shriner-Cahn is looking to continue services for Congregation Tehillah remotely, as she doesn’t want to be in a position of preventing people from coming to worship in person.
JULIUS CONSTANTINE MOTAL 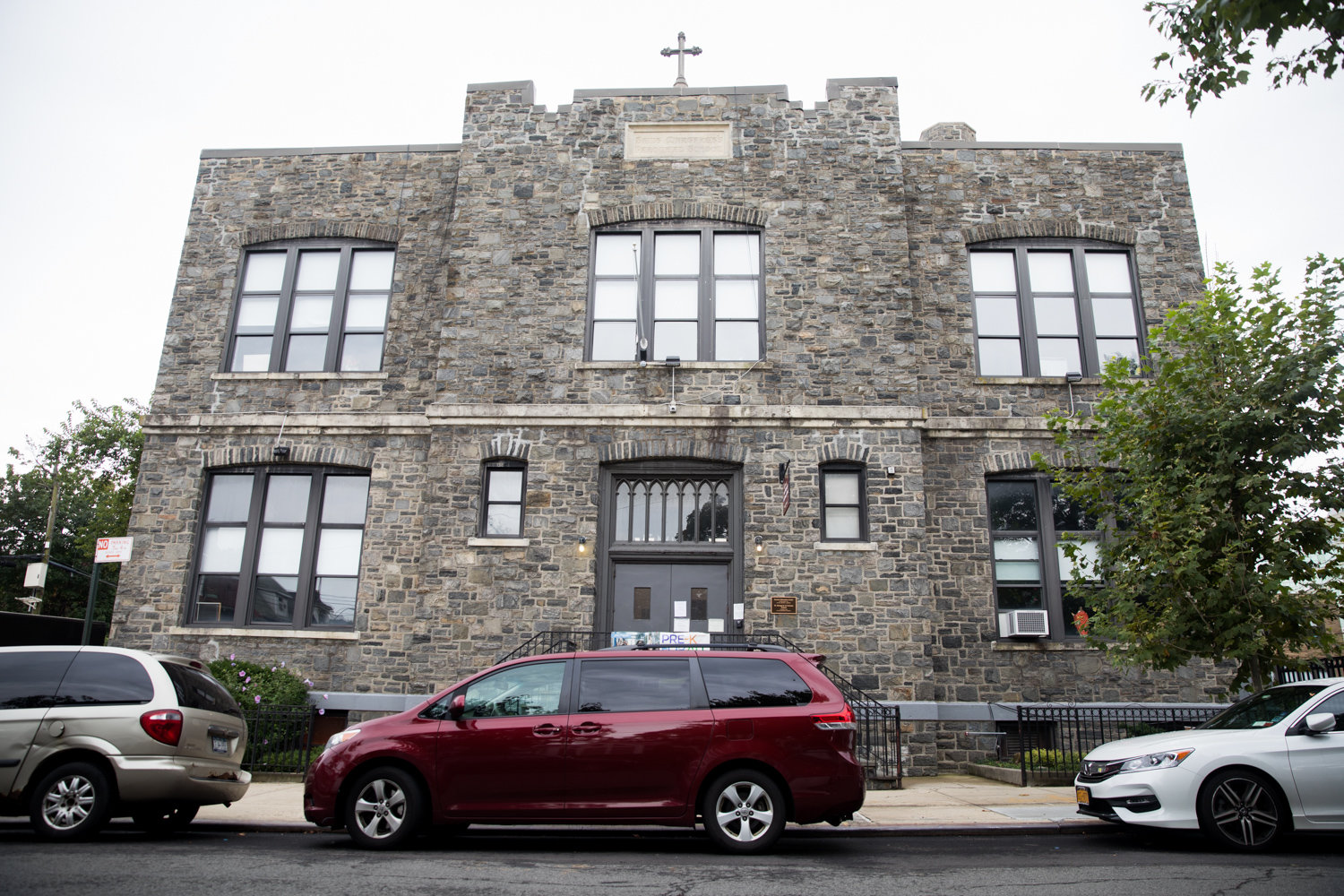 St. Margaret of Cortona-St. Gabriel Parish has a plan in place for reopening that hews closely to the reopening phases for the city with maximum in-person attendance capped at 25 percent.
JULIUS CONSTANTINE MOTAL / File 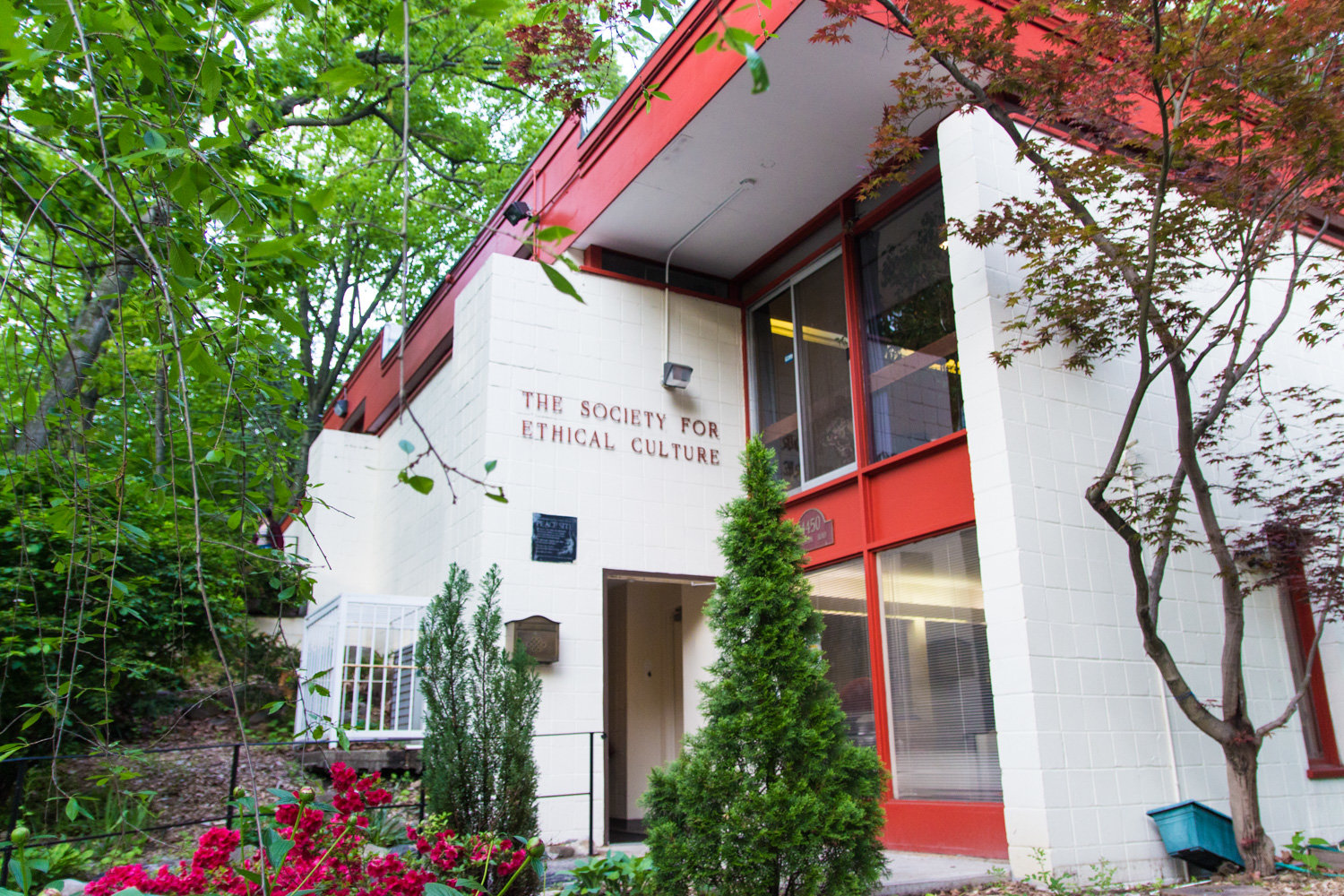 While the Riverdale-Yonkers Society for Ethical Culture is the usual location for Congregation Tehillah, their services will continue remotely for the foreseeable future, despite the city beginning to reopen. Rabbi Linda Shriner-Cahn would rather people be able to worship remotely and safely, than have to decide who gets to come in person.
AARON MAYORGA / File
Previous Next
By ROSE BRENNAN

Singing prayers together is an integral part of Congregation Tehillah’s typical Shabbat service. But it doesn’t sound the same as it once did.

For the past three months, Tehillah has met on the Zoom online videoconferencing app. And when the time comes to join voices, one member leads the song, and the rest of the congregation follows along — except their microphones are muted, so they can hear their own singing.

Tehillah is not unique among the city’s houses of worship. Like all areas where mass gatherings used to take place, churches, synagogues, temples and mosques, among others,  were forced to end in-person operations in March 22 when the coronavirus was ravaging the city.

But now, houses of worship can welcome congregants back as part of the second phase of New York City’s reopening plan — if all goes well, on track to begin June 22.

However, there’s one restriction: Each location will only be allowed to operate at 25 percent capacity. For Tehillah rabbi Linda Shriner-Cahn, the city’s religious leaders aren’t exactly sure what that means.

“The governor’s instructions are very vague,” the rabbi said. “If you come to the service with your family, are you considered one group?”

In the three months since New York City shut down, religious organizations had to get creative to provide their congregants with their usual services. Many made use of videoconferencing apps like Zoom or livestreams on social media.

Tehillah’s members can use technology on Shabbat because they’re particular beliefs don’t restrict such usage on the sabbath.

Some congregations don’t have that option, however. Stricter branches of Judaism forbid using electronics on the Sabbath, which means Zoom or livestreams are simply out of the question.

So what did they do? For members of Young Israel Ohab Zedek of North Riverdale and Yonkers — an Orthodox synagogue — it means praying at home on the Sabbath. However, the community was able to use Zoom for non-Shabbat daily prayer.

As the weather improved, Young Israel was able to hold some of its services in-person, but outdoors. They currently meet at SAR High School on Riverdale Avenue, and thus have plenty of outdoor space to honor social distancing guidelines.

But even though Young Israel is together again, it’s not without restrictions. The synagogue has a sizable population of children, but many of the younger ones can’t come to services because they have difficulty understanding and abiding by social distancing guidelines.

“For the time being, as we head into Phase II, we’re still limiting (in-person worship) to adults and children who can remain at their parents’ side the whole time,” said Shmuel Hain, Young Israel’s rabbi.

Although his community is worshipping together again in-person, Hain would not say the community is “back to normal.” In fact, it is only part of what the rabbi knows in-person services could be. His congregation looked forward to socializing with each other following services, which is a practice Young Israel suspended for the foreseeable future.

“Right now, we’re just going to kind of have a prayer service that you show up for and then go home, without all of the social pieces that normally go along with it,” Hain said.

The second phase of reopening also affects Riverdale’s Catholic community. St. Margaret of Cortona’s doors remained open throughout most of the pandemic for private prayer and confession. It plans to gradually resume its usual services in accordance with state guidelines — along with a few of its own.

The second phase of reopening means St. Margaret’s can celebrate baptisms and weddings, with up to 10 guests. The third phase will usher in the return of weekday and funeral Masses with limited attendance, while Sunday Masses will return in the fourth and final phase. When all the phases are complete, St. Margaret’s hopes to resume all pre-pandemic services and sacraments at normal capacity.

Shriner-Cahn does not expect to see her congregation returning to in-person services anytime soon. While 25 percent capacity is necessary to curb the spread of the virus, the rabbi views the limitation as exclusionary of certain populations.

Regardless of religious affiliation, these houses of worship have the health and safety of their congregants as their paramount concern. Shriner-Cahn urges more vulnerable parishioners to take advantage of remote options if they’re available, knowing one day, the congregation will be back to worship in-person together again.

“At least we can see one another,” Shriner-Cahn said. “At least those (vulnerable) individuals can sing their hearts out, which if they were in a room or even standing outside masked, they couldn’t really do safely.”