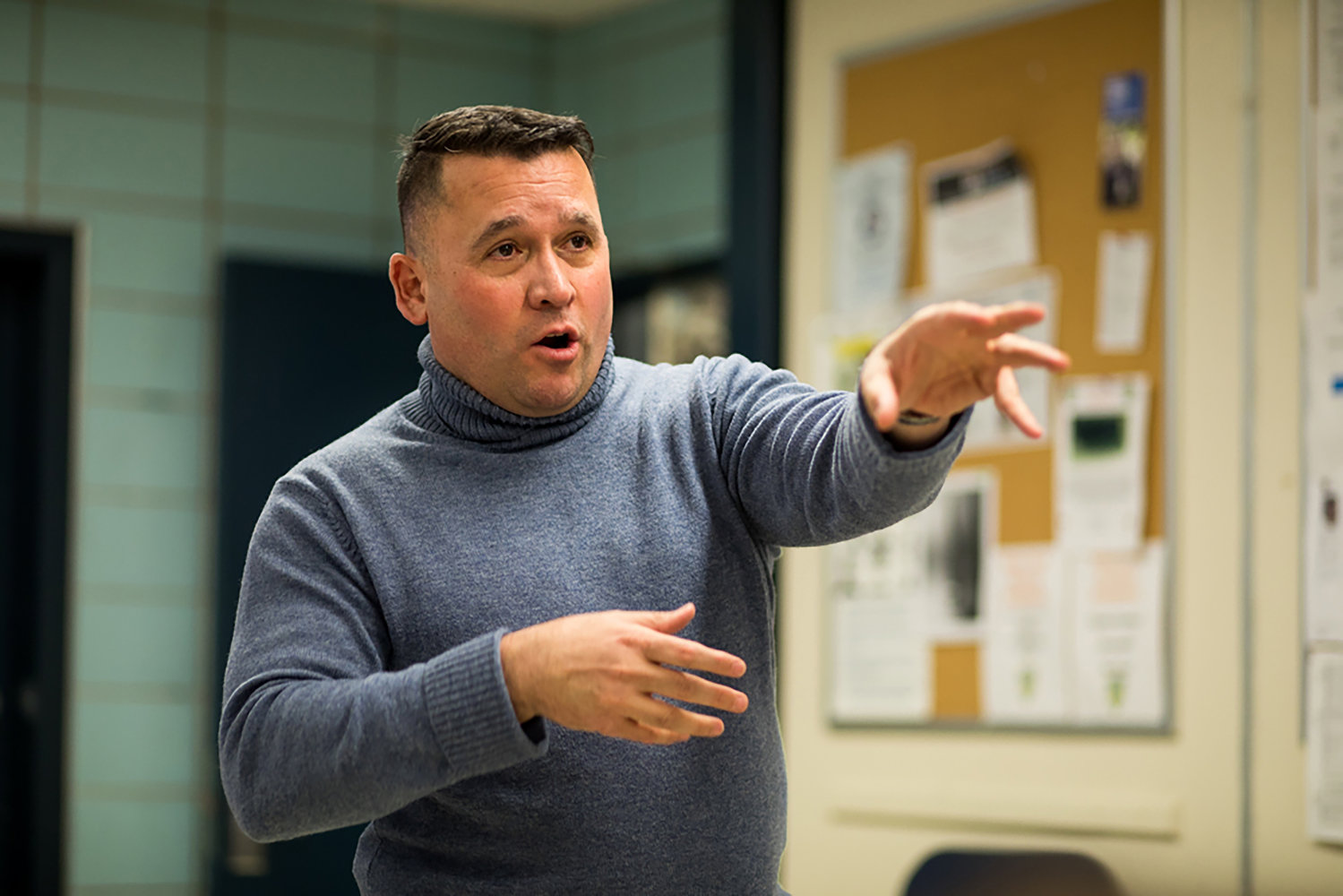 Capt. Emilio Melendez retired from his post as commander of the 50th Precinct after nearly three years. Because of a new program launched by the New York Police Department, a nominating committee made up of people like Community Board 8 and precinct community council members have interviewed candidates and made recommendations for Melendez’s replacement.
JULIUS CONSTANTINE MOTAL/ File 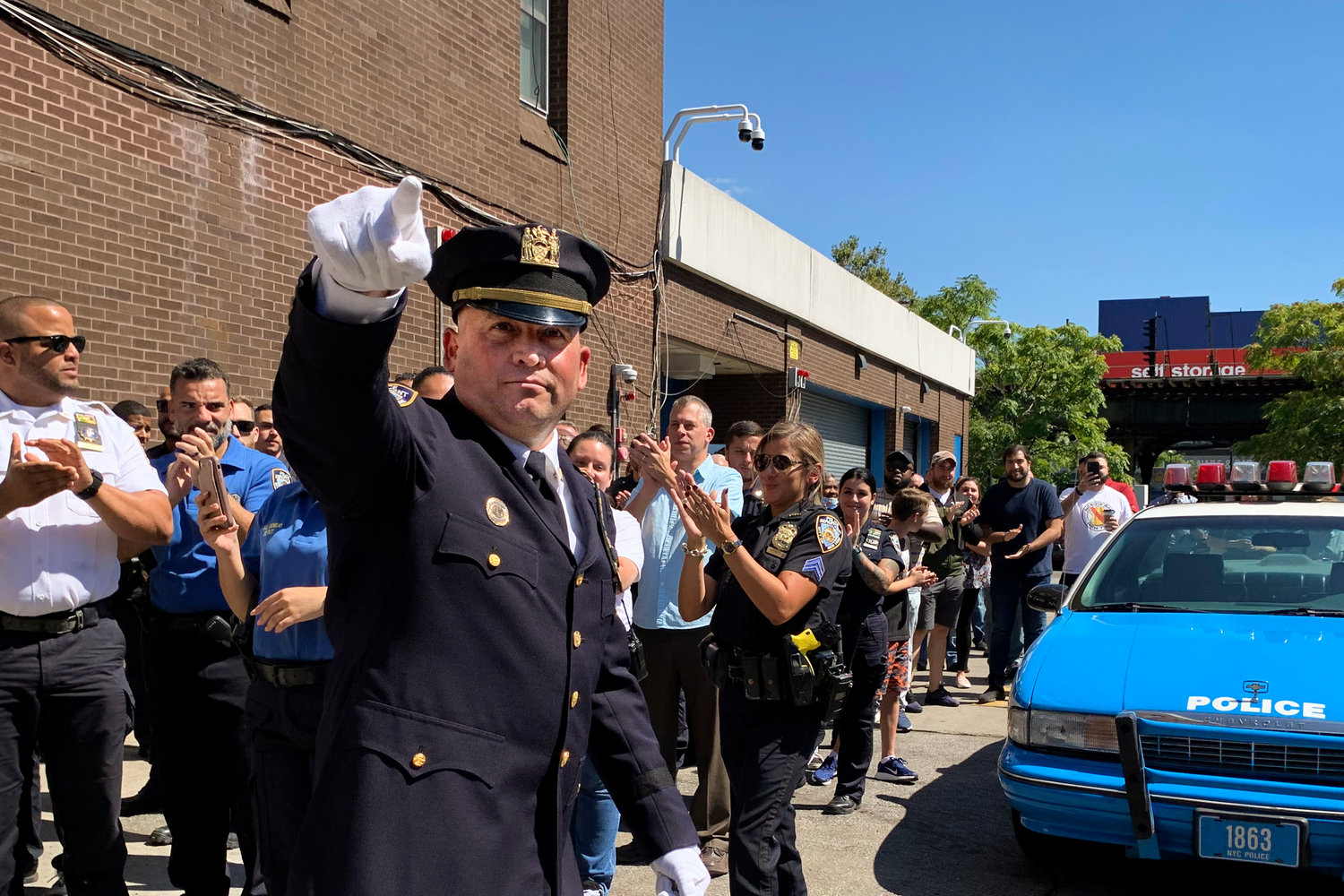 Capt. Emilio Melendez said good-bye to the 50th Precinct — and the New York Police Department overall — earlier this month after more than 30 years on the force. Part of the process for choosing Melendez’s replacement as precinct commander involves a nominating committee made up of community members tasked with interviewing applicants.
MICHAEL HINMAN 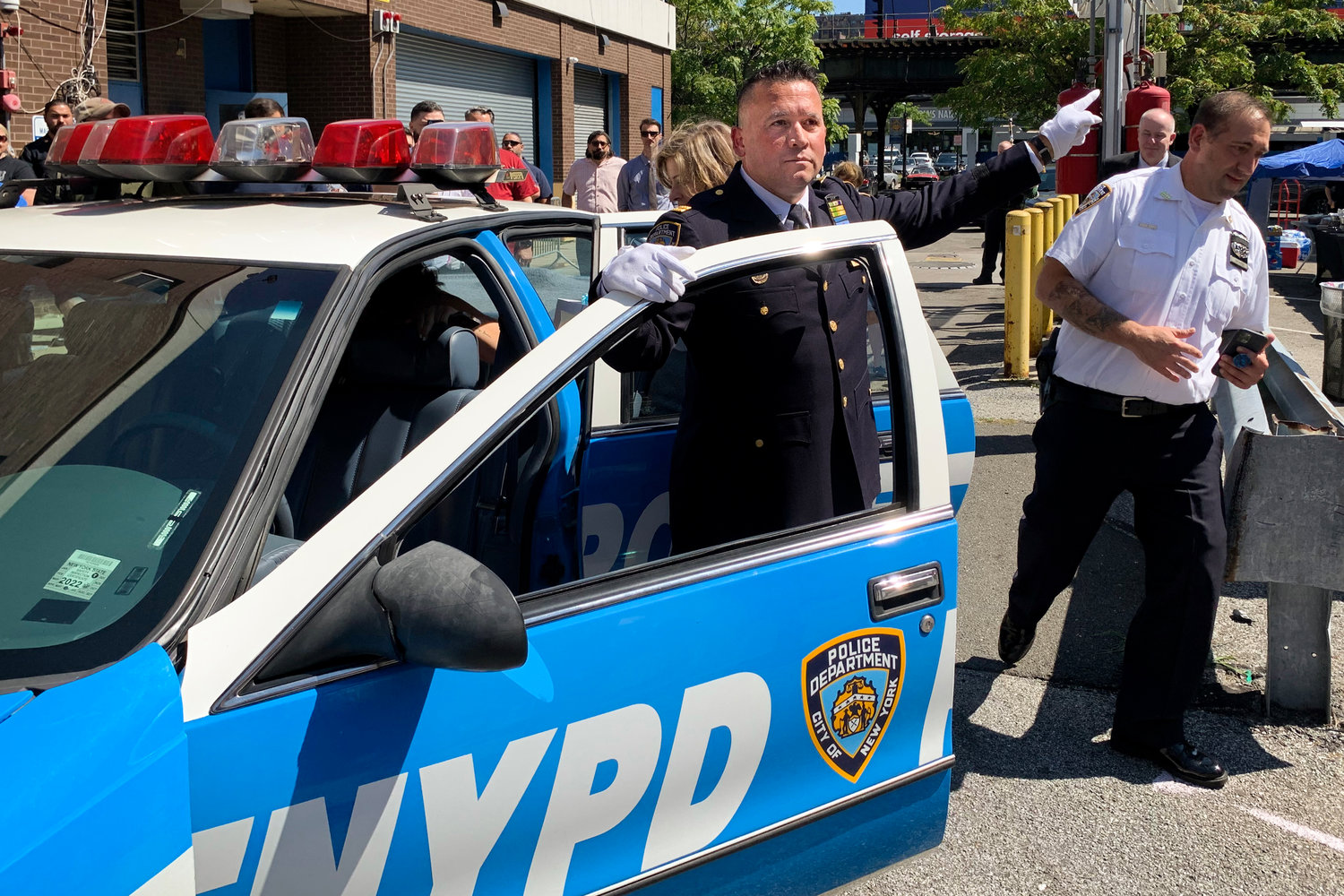 Capt. Emilio Melendez said good-bye to the 50th Precinct — and the New York Police Department overall — earlier this month after more than 30 years on the force. Part of the process for choosing Melendez’s replacement as precinct commander involves a nominating committee made up of community members tasked with interviewing applicants.
MICHAEL HINMAN
Previous Next
By ETHAN STARK-MILLER

How much say should communities have in how they’re policed?

That’s a question police departments have faced across the country since George Floyd was murdered last year by a former Minneapolis police officer. Floyd’s death sparked protests against police violence in cities well beyond Minnesota, sparking a number of reforms to policing.

And New York City was no exception.

One of those reforms, which Mayor Bill de Blasio’s office put into effect last January, aims to give communities a direct say in who leads individual precincts.

In the past, who would take over a police precinct was a unilateral process, normally done within the New York Police Department with no input from the neighborhoods he or she would serve. But under the new system, a nominating committee is formed made up of some members of the precinct community council, the local community board and the borough president’s office.

The committee interviews up to five candidates nominated by the NYPD. They then rank those candidates, delivering those recommendations to NYPD commissioner Dermot Shea, who makes the final decision.

All of this comes at a time when shootings across the city are on the rise, while murder and other violent crime has raised some concerns about public safety. In fact, there is some belief it was Eric Adams’ focus on balancing public safety with police reform that helped him capture the Democratic mayoral nomination last June — and with it, likely the mayor’s office itself.

As it happens, the 50th Precinct — Shea’s former command — is currently in need of a new leader with the retirement of Capt. Emilio Melendez. He stepped down over some lingering health issues after leading the 5-0 for three years and spending more than three decades with the NYPD.

“After 31 years, I have to walk away,” Melendez told The Riverdale Press in July. “I just had a knee replacement and neck surgery. I cannot function 100 percent. And it’s a liability to me. It’s also a liability to the city. So, the next commanding officer better be completely fit to fill my shoes.”

As Melendez leaves, the 5-0 continues to be one of the safer precincts in the city — with far less violent crime than most other commands. As of July, Melendez’s biggest concern was an uptick in non-violent crimes like grand larcenies.

Although Melendez’s successor hasn’t yet been named, Shomo says she’s quite happy with this community-driven process.

“I’ve been president of the precinct (council) for many years,” Shomo said. “And this would be my first time in all of the years I’ve been there that they’ve had this type of candidacy program. This is a new process, and I think it’s a good process. And I’m hoping that they’ll implement it more in the future.”

The nominating committee interviewed several candidates earlier this month, Shomo said. The committee used this time to ask the candidates several questions about how they’d lead the 5-0.

“We got to hear what the candidates had to say and then figure out how we felt,” Shomo said. “Their knowledge of the system. Their thoughts on the officers who need help mentally, in regard to wellness programs, because we’ve lost some officers because of suicide. Their thoughts about the area where the 50th Precinct is.”

Committee members also asked the candidates about their plans for building relationships with the community.

“I know, it’s very important to the board that we collaborate closely with the precinct, with the commanding officer,” Spalter said. “So, we had questions along that vein. We were interested in their crime reduction plans. How they would address crime and quality of life issues, traffic safety. The kinds of things that we have in the 50th Precinct.”

Once interviews were completed, Spalter said, the committee rated each of the candidates, including what factors were considered in support of their evaluations.

Their recommendations were then sent to Shea for a final decision. The NYPD will announce its choice soon, Spalter said, but no one knows when that announcement will happen.

“I hope that the selection that’s done in regard to the new captain of the 50th is well taken care of,” Shomo said. “That they have read our reports and who we feel the next person should be for the captaincy. And that they take into consideration what we put down in our reports in regard to each candidate.”