Why Jessica Woolford decided to run for the Assembly

Jeff Dinowitz has been in office for 28 years, but an upset isn’t impossible 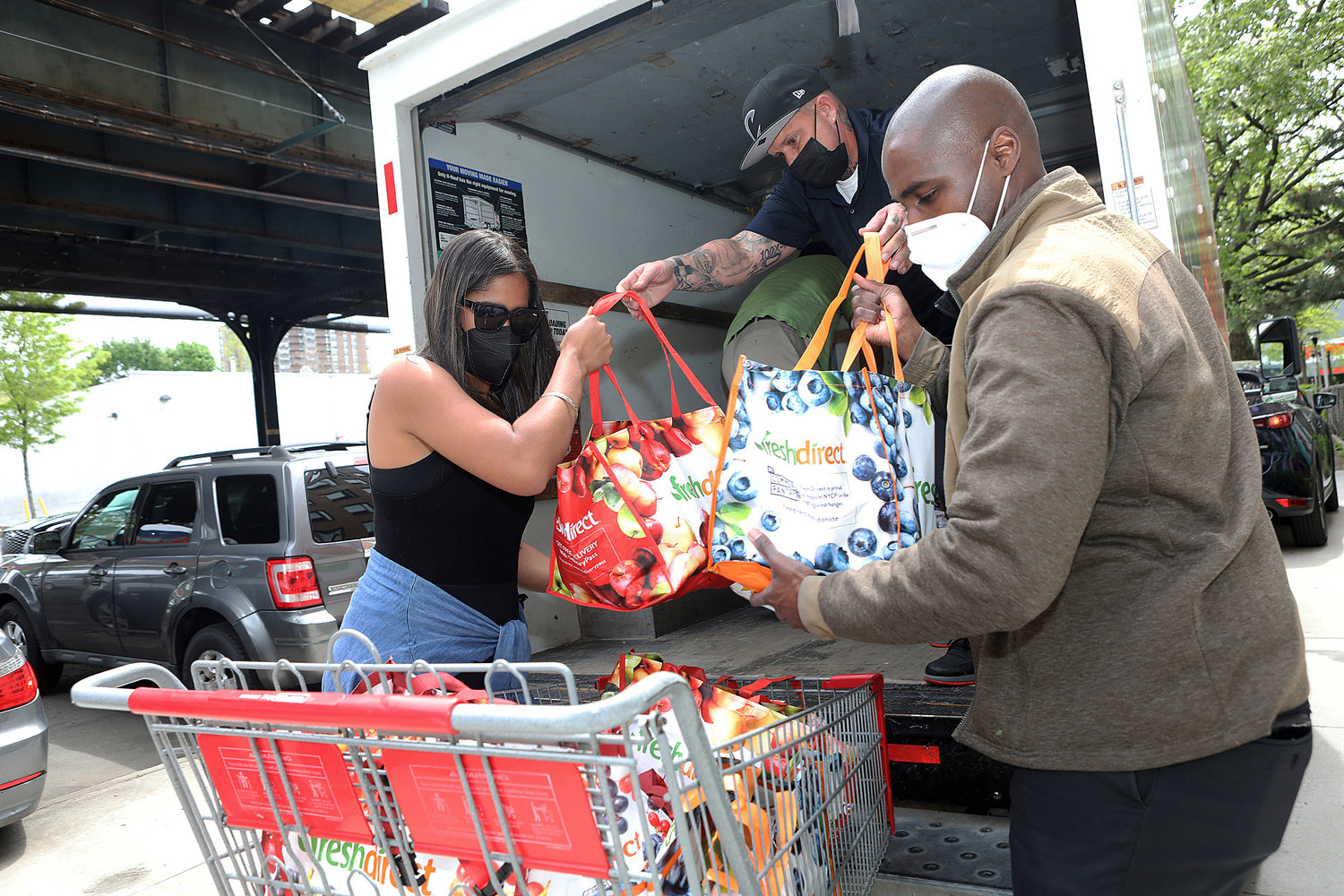 Jessica Woolford started Kingsbridge Unidos as a way to get produce to those who needed it during the coronavirus pandemic. If elected to the Assembly, she said she would continue to focus on ensuring everyone in the district has access to food.
CHRISTINA SANTUCCI/File
By Sachi McClendon

Jessica Altagracia Woolford first contemplated a political run after seeing the day-to-day challenges her grandmother faced ever since she retired as a home health aide years ago.

“The struggle to get basic repairs done in her apartment and to make sure that she’s able to get where she needs to go in a dignified manner on public transit,” she said. “The concerns have only increased in the past few decades.”

After realizing that other residents in her grandmother’s building were facing the same problems, she decided to throw her hat in the ring.

“They just needed to know that somebody was looking out for them, not because they were connected to somebody, but because they were here and because they mattered,” she said. “That level of compassion and care and leadership is something I have not seen in the state Assembly member’s office for decades.”

And now she finds herself as the progressive challenger in a race to be Democratic nominee in the 81st Assembly District race against longtime-incumbent Jeffrey Dinowitz.

Even though Woolford is up against a lawmaker who has been able to maintain support in a district he has represented for almost 30 years, she feels confident that her equity-based campaign — rooted in the struggles she’s seen first-hand — can launch her all the way to Albany.

The first problem Woolford would address, if elected, would be hunger — which has been a concern of hers for quite some time. Through her mutual aid group — Kingsbridge Unidos — she has distributed over 35,000 pounds of fresh produce to those in the community since the onset of the pandemic.

“It’s outrageous to me that there are people who are hungry in one of the wealthiest cities in the world, in a state where we grow so much food and where we have so many resources,” she said. “So, the top of my list is hunger and really tied into all of this is the fact that most of us are having a really hard time right now paying rent.”

Woolford said investments in community land trusts — with community gardens and affordable housing — could help alleviate both of those problems at once in a holistic manner. “I take the responsibility of being stewards to land seriously,” she said. “We’re doing really creative and innovative work to feed people that also advances a lot of our climate justice goals.”

Yet Woolford has an up-hill battle if she’s to unseat someone who has been in office since 1994. In those years, Dinowitz has accrued power in Albany and now heads the Assembly’s codes committee. Woolford, on the other hand, would be a freshman legislator, if elected, with less political capital to throw around.

The Assemblyman’s  influence hasn’t necessarily translated into legislative success, she said as she pointed out a bill he sponsored to reform the state’s sexual assault statutes failed to get picked up this session. “Despite being the chair of codes (committee), he couldn’t even close the voluntary intoxication loophole that would help survivors of sexual assault seek justice,” she said.

While Woolford would be a junior assembly member, she argues she wouldn’t be alone in Albany as she’s a part of a slate with several other candidates who are vying for separate Assembly seats — all backed by the Working Families Party. “Running on a slate with WFP’s other eight candidates means that there’s a block of people who have a very clear mandate of what it is we’re trying to do once we get to Albany,” she said.

And her campaign has gained momentum along the way, picking up high-profile endorsements — like Alexandria Ocasio-Cortez and Alessandra Biaggi — and pulling in just under $52,000 in contributions in her latest campaign filing report. “I am the first serious threat to his incumbency in almost 30 years,” she said.

Woolford, a former press secretary for U.S. Sen. Kirsten Gillibrand, said she’s already seen Dinowitz’s team react to that momentum. “He had to respond and go on the record to talk about fair and timely and elder parole (bill),” she said. “He had to push on the voluntary intoxication loophole bill, despite failing to carry it over the finish line — even though it was his own bill.”

“He’s showing up now because he’s scared of losing his job. I’m showing up because I care. That’s why I feel very good about what’s going to happen on June 28.”