Mayoral candidate's first client from Riverdale continues to inspire her 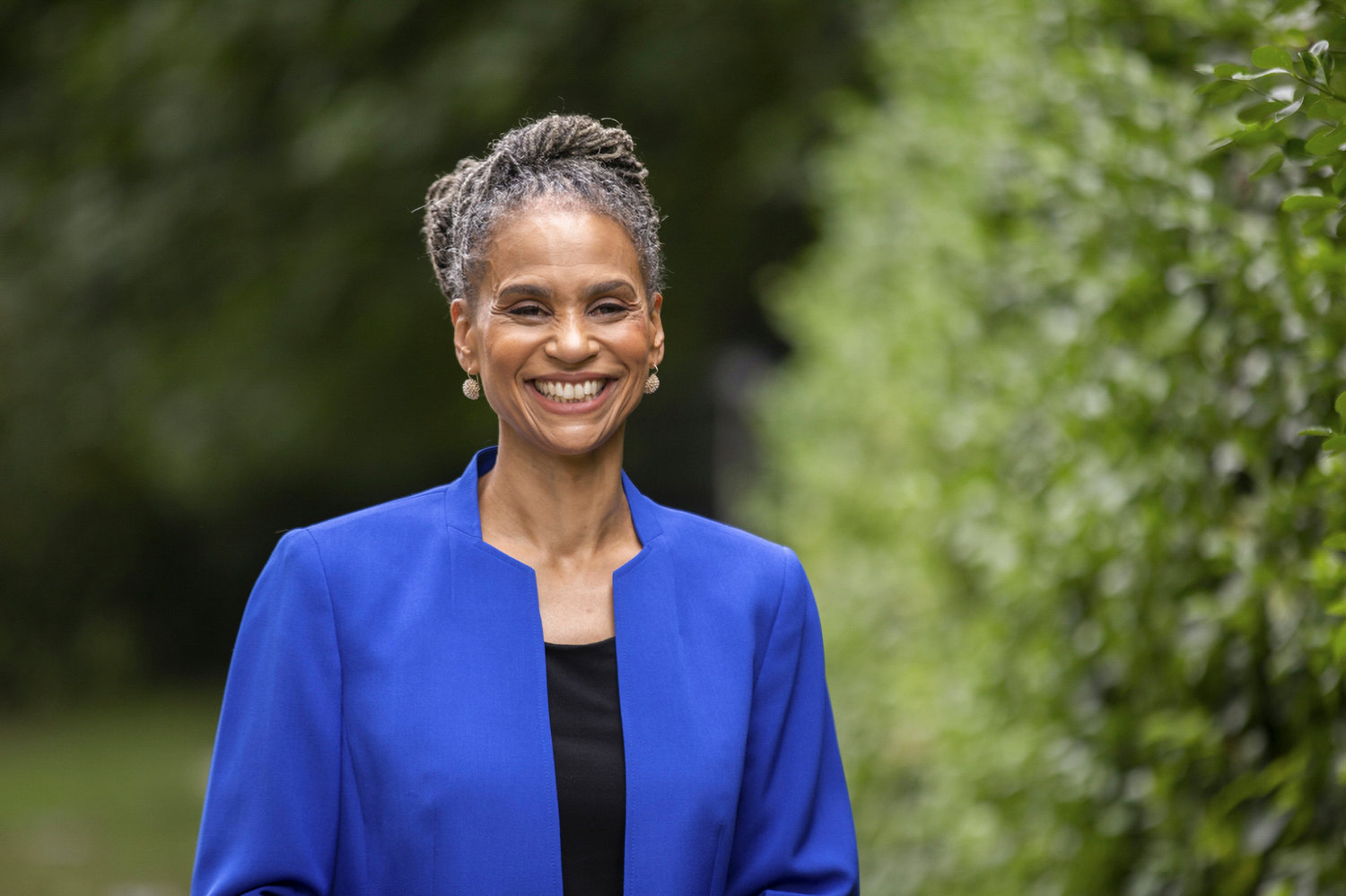 Maya Wiley knows few mayors ever pay much attention to the other boroughs like the Bronx, causing a lot of unneeded suffering. If elected, Wiley plans to keep a close eye on all the neighborhoods individually, knowing there’s no such thing as one-size-fits-all solutions.
Courtesy of Maya Wiley for Mayor 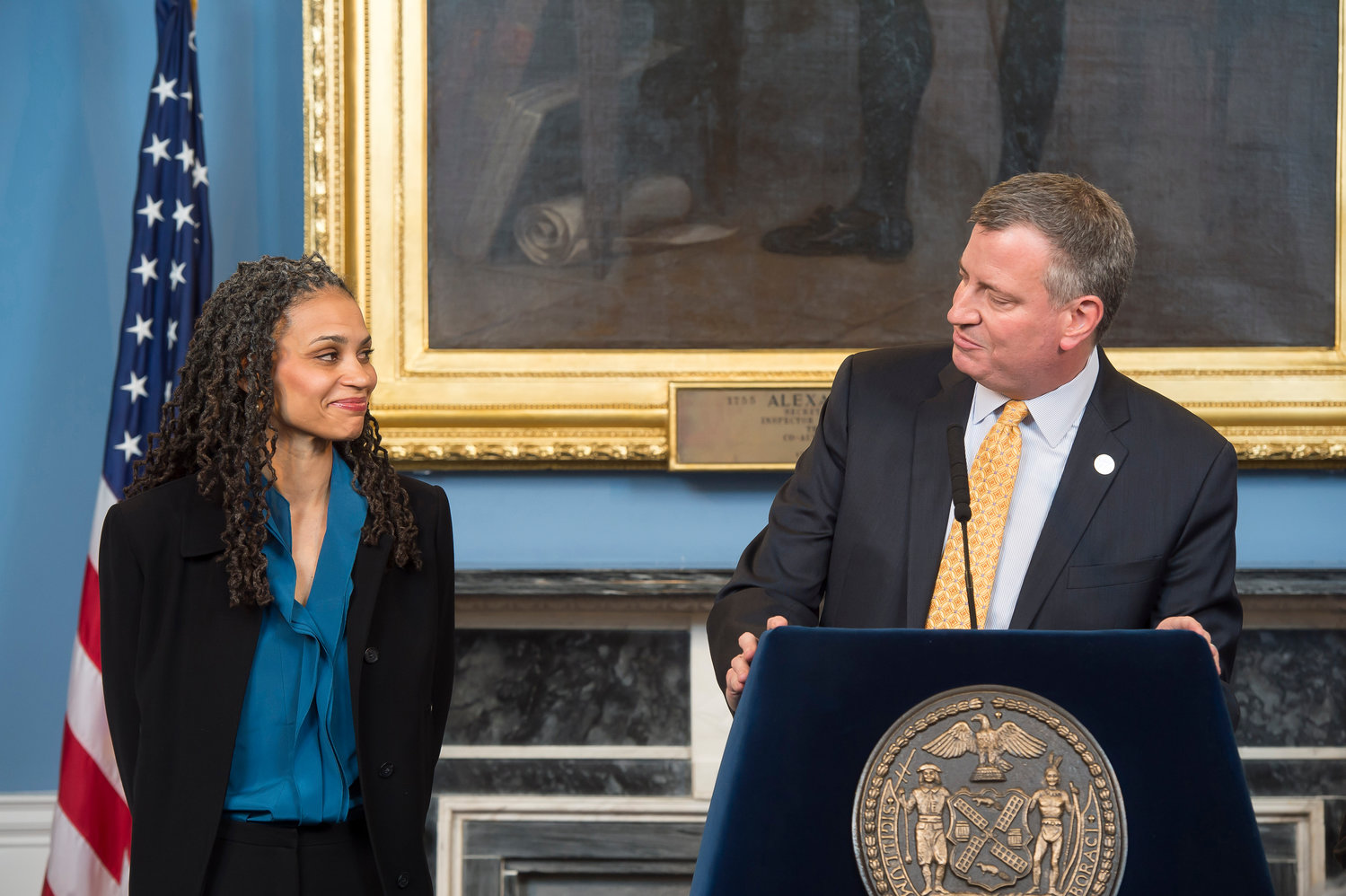 Maya Wiley joined Mayor Bill de Blasio’s administration as an attorney in 2014, working closely with the man she would now like to succeed. She’s running against a crowded field, seeking an office that no woman has yet held — which for Wiley, has been far too long.
Courtesy of the Office of Mayor Bill de Blasio
Previous Next
Maya Wiley

New York City is a big place — so big, it’s easy to get lost. Or at the very least, overlooked. Especially anyone living or working in the outer boroughs.

Just ask pretty much every mayor who’s led the city. All of them, that is, except one — Maya Wiley. If voters choose to elect her first, of course.

“It’s so important to get down to the neighborhood and community level in a city this large, because it’s not like there’s a one size fits all, right?” Maya says. “We’re 330 square miles, 8.7 million people, and 800 languages. You just can’t focus on it from a citywide level. You really, really have to get into the community.”

There’s only about 8.4 million people in the city at last count, but that’s just splitting hairs. The fact is, while the outside world sees New York as one large city, those of us inside see New York as more a collection of hundreds of neighborhoods, each with their own unique characteristics.

Finding consensus like that isn’t easy. And being chosen as the man — or maybe, finally, the woman — to lead all of them is not the kind of job anyone can take lightly. And that includes Maya Wiley.

She’s the daughter of civil rights activist George Wiley, who died in a boating accident when she was just 9. She was ultimately raised by her mother, Wretha, who herself would dabble in politics.

Maya earned her law degree from Columbia, and after spending time in the U.S. Attorney’s Office, she joined the Bill de Blasio administration as an attorney.

Maya might call Brooklyn home, but don’t think for a moment she’s not familiar with Riverdale. In fact, one of her very first clients while working with Columbia’s law clinic was here in the neighborhood. And it’s not exactly something the community can be proud of.

“He was a building superintendent, and he was HIV-positive,” Maya says. “This was back in the real dark days when people actually thought being in a room with someone with HIV would make you infected. And so we had all these tragic situations.”

Maya’s client was openly gay, and well-accepted by his neighbors and the residents he worked for. Even for the 1980s.

“He had such a close relationship with folks in the building, he didn’t think not to talk about” his HIV status. The problem was, while many were fine with his sexuality, they could not handle their fear of a virus they knew little about at the time.

“They tried to fire him and throw him out of the building because he was positive,” she says. “We were representing him against employment discrimination and housing discrimination.”

Protections, of course, were not that strong for the LGBTQ community, even back then. Yet Maya and a fellow law student were able to help the former super settle.

And it’s clients like those that motivates Maya even today. As a child of the civil rights movement, she has found herself fighting for many causes, working to make right what has certainly gone wrong.

There’s a new plague, of course, and its reach is far more widespread. But as devastating as the coronavirus pandemic has been — not just to the city, but the world — it’s also exposed many problems that have been overlooked in New York City for decades. Especially those that ultimately negatively impact the Bronx.

“We know that many of the problems that COVID laid bare were problems that actually preceded COVID,” Maya says. “You know what they are: affordability, evictions, homelessness, our challenges with the education system. COVID has worsened those deeply, tragically and traumatically. But the truth is, we’re not really just trying to go back to January 2020. There was a lot that just wasn’t working for too many people in January 2020.”

Instead, New York’s next mayor has to help lay down a new road. One that fixes the economy, deals with affordability and education, and even prepares the city in the unfortunate event of another crisis.

Those jobs will come from a $10 billion budget the mayor controls designed to build and maintain the city’s infrastructure. And Maya says she has plans to use every single penny of it wisely.

“There are places that really have the greatest needs for investment like this, like affordable housing,” she says. “We also have other areas we must address, like resiliency to flooding, child care centers — all of these areas where money can help. It helps us recognize where need is the greatest while stimulating the entire economy of the city.”

That’s rather ambitious. But then again, Maya Wiley has never been known as someone who didn’t aim high. For her, the future of the city is about making sure the city is in the future for her, for her children, and for the millions of others who call this home.

“But we can’t solve any of those problems until we recognize the need to start talking to one another. One thing that we really do well as New Yorkers is that we are willing to come together in a crisis for the city. But we should never forget just how many times we’ve also failed to invest in communities that deserved it, that needed it.

“So we have to recognize both of those things, and continue to challenge ourselves to keep our eye open and focus, so that everyone benefits.”