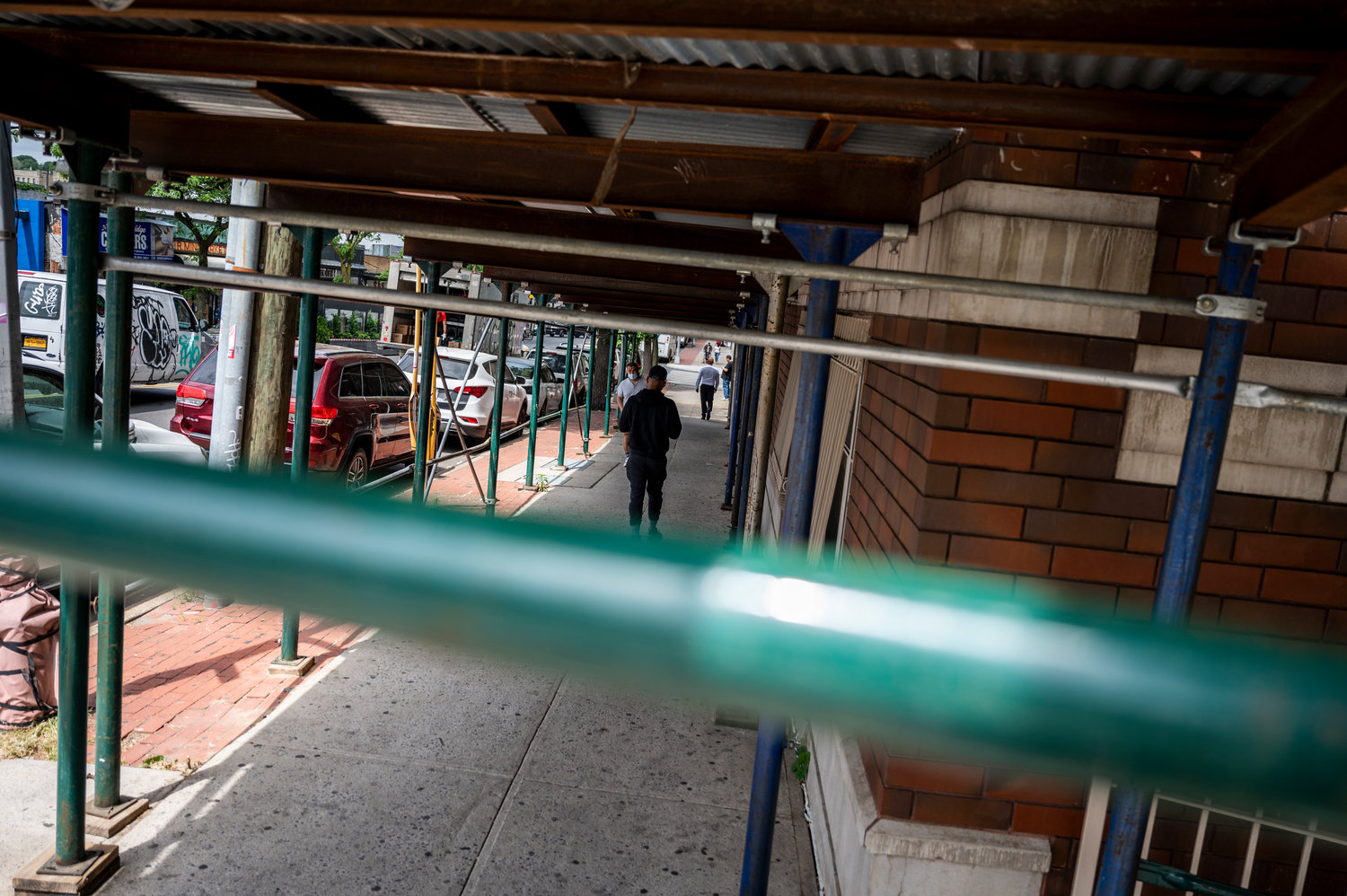 The intersection of Putnam Ave and West 238th St where a perpetrator struck a man in the face then hit him with a red 2014 Toyota Sienna.
HIRAM ALEJANDRO DURÃN
By ETHAN STARK-MILLER

Most arguments can be settled with some concessions and apologies between friends. But now and then they do boil over into a violent encounter.

The latter is exactly what happened on the southeast corner of West 238th Street and Putnam Avenue West around dinnertime on May 7.

Police say the friendly dispute turned violent when one man punched the other in the face. If that wasn’t enough, the attacking man allegedly hopped into a red 2014 Toyota Sienna and hit the other man with it.

The man on what seemed like the losing side of this trial by combat was taken to the hospital with non-life-threatening injuries to his face and leg, police said. He along with another man driving the Sienna were  arrested, according to a report, turning themselves in at the 50th Precinct sometime later.

It’s always good to know the person you leave your belongings with, even if it’s in the lobby of your own building.

This is advice one Knolls Crescent resident could’ve used May 7 after several packages were stolen from her.

She told police her parcels were in the lobby of her building around 1:30 p.m., when some neighbor decided to help move those packages to her apartment. That was a nice offer, except for one thing: Not everything made it to the woman’s front door, she told police. Missing was an HP laptop, an Apple MacBook Pro, chargers for both, and an external hard drive.

Police valued all of the stolen electronics at $1,330.

The woman does admit she doesn’t know who stole her belongings, or if it happened before or after they were moved. Still, detectives from the 50th Precinct are investigating.

Yeezus walks — away with my sneakers

Kanye West’s sneaker line, Yeezys, have become a pretty hot commodity in recent years. So hot, in fact, someone decided to steal three pairs of the shoes, instead of simply waiting in line at a Foot Locker.

The thief swiped the package from the outside door of a home on the 3600 block of Greystone Avenue, according to police, sometime between May 6 and lunchtime May 8.

Police valued the stolen footwear at $1,950.

Authorities have few leads on this case, but investigators from the 5-0 are looking into it.

Only tires, rims for me please

Some thieves are ambitious and steal a whole car. But others are more selective, only taking the parts they need to flip for a profit.

That’s exactly what happened during the overnight hours of May 8 when a man told police he parked his car near the 3900 block of Sedgwick Avenue, only to return the next morning to find his black 2021 Honda CR-V missing four tires and four rims.

Authorities don’t have much to go on here, but 5-0 detectives are trying to get to the bottom of it.

Baseball bats are made for one thing: hitting baseballs. And maybe even softballs, depending on the sport.

But someone decided to repurpose a metal baseball bat, using it to assault another man on May 13.

It all started with an argument at the northeast corner of Bailey Avenue and West 238th Street around 9:30 p.m. It ended with the swing of the bat and a run for home while the victim was taken to the hospital for minor injuries.

Police described the attacker simply as a “stranger,” offering no other details. But investigators are looking into it.