With lockdown end in sight, Wave Hill branches out 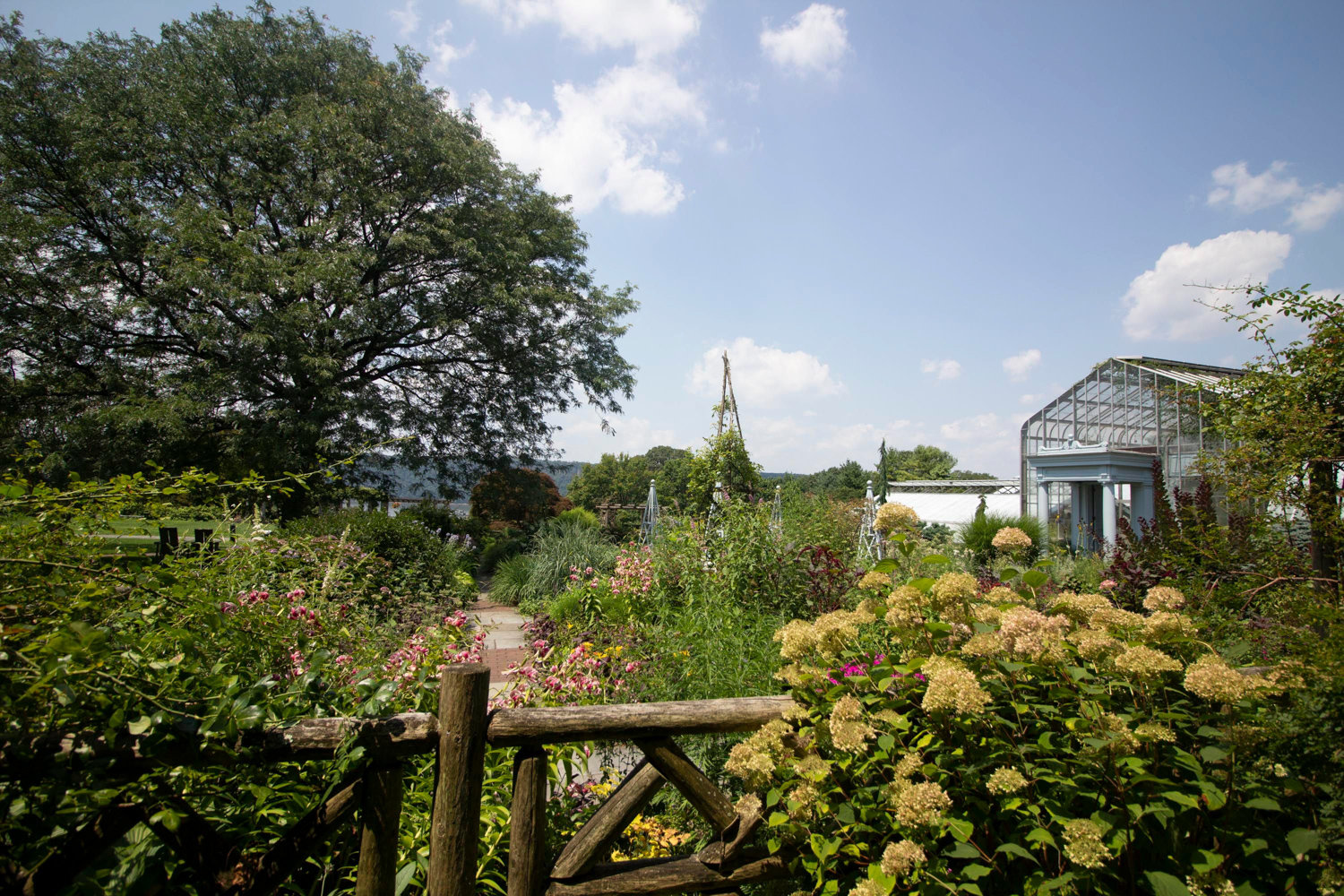 Wave Hill is bringing its verdant floral abundance to the internet to help keep people in touch with nature who are staying home as a result of the coronavirus pandemic.
Courtesy of Wave Hill 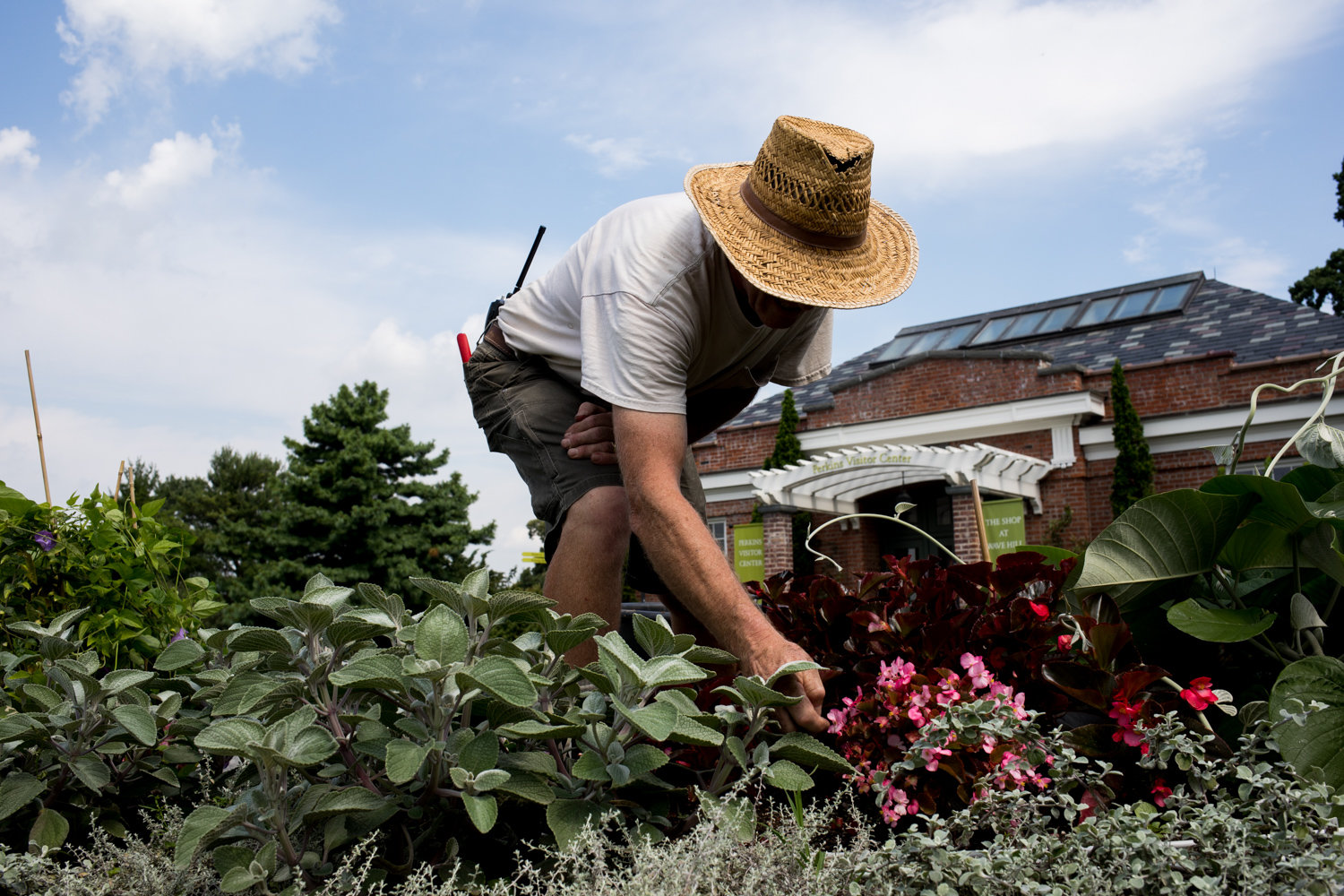 Louis Bauer, Wave Hill’s horticulture director, tends to the Paisley Bed in 2018. Since the garden closed its doors to visitors as a result of the coronavirus pandemic, a core crew of gardeners have worked to maintain the grounds.
JULIUS CONSTANTINE MOTAL / File 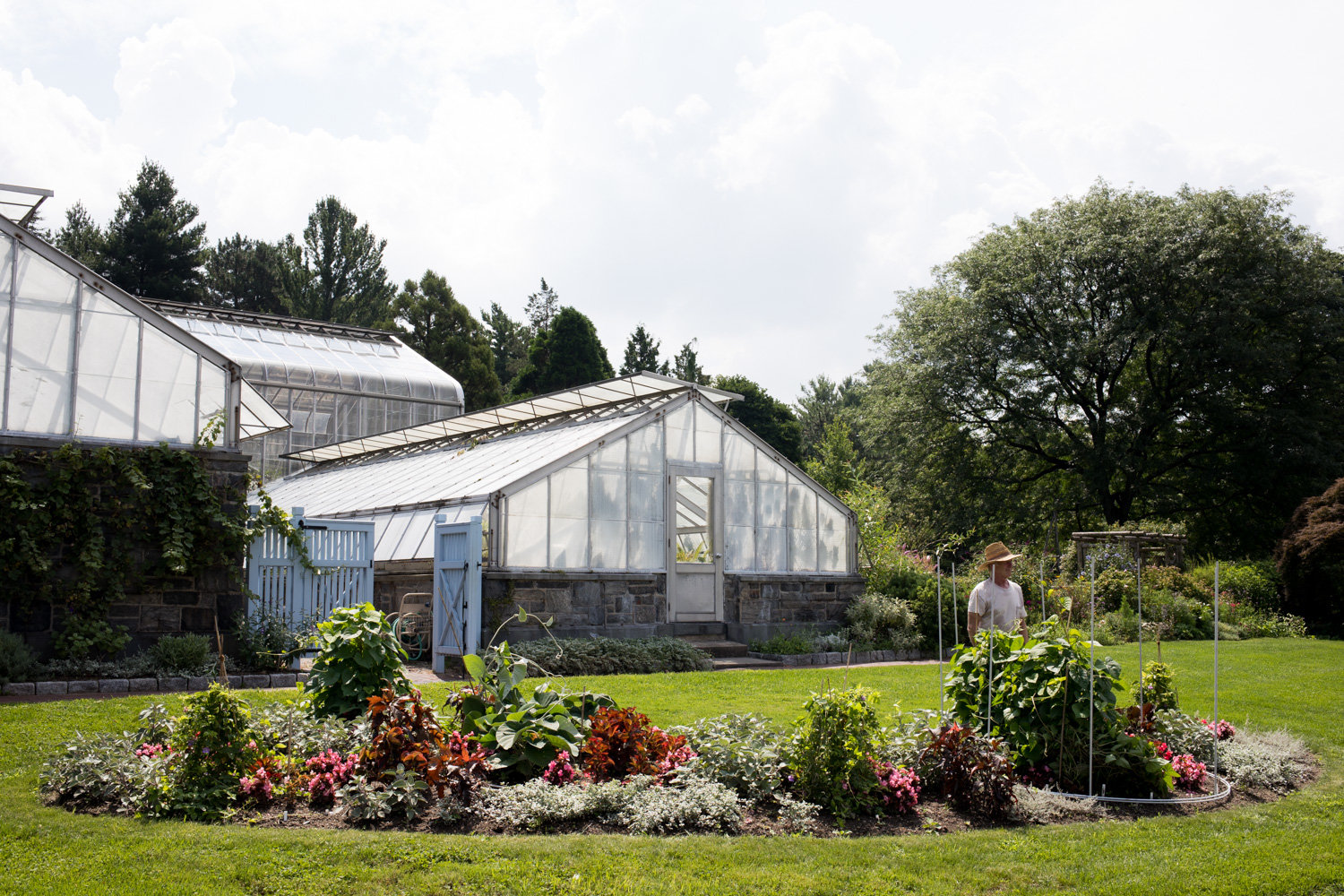 While Wave Hill may not have any visitors due to the coronavirus pandemic, the Palisade Avenue garden is has taken its programing online to offer people a way to connect with nature who might otherwise be lacking it.
JULIUS CONSTANTINE MOTAL / File 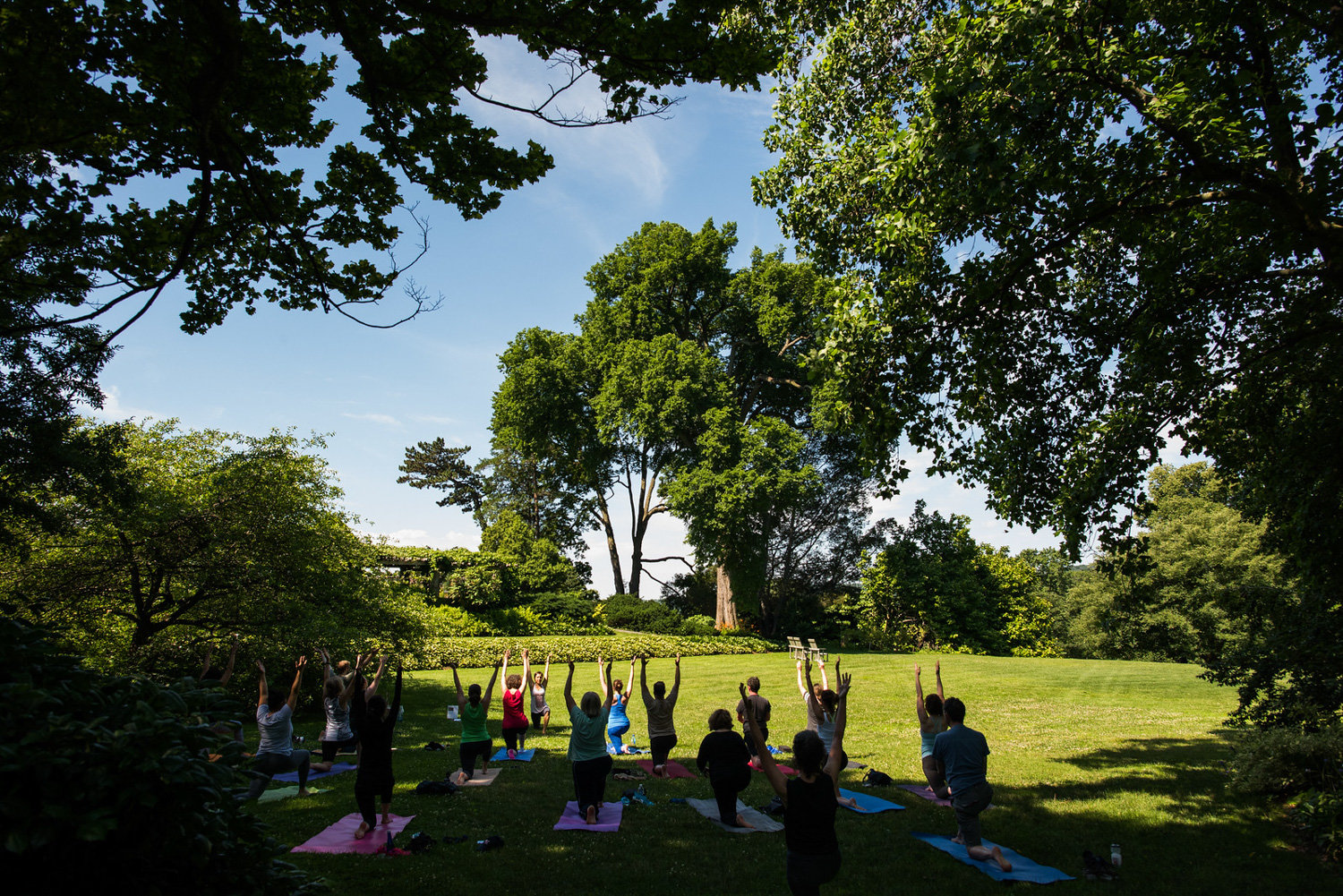 Before the coronavirus pandemic, Wave Hill offered yoga classes on its grounds. Now, the garden offers them online in a bid to keep people healthy while staying home.
File photo courtesy of Joshua Br
Previous Next
Go online

After months of what has felt like house arrest, it’s becoming more and more difficult for many to stay locked up inside, especially as the weather improves.

Unlike some other parts of New York City, Riverdale and its surrounding neighborhoods offer a number of outdoor spaces and trails for those looking for some fresh air and exercise can take advantage of. And one of those regular stops — at least before the coronavirus pandemic world — was Wave Hill, overlooking the Hudson River from its Palisade Avenue home.

But when the state closed because of the crisis, so did Wave Hill. Getting inside the garden since March has been near impossible, but that hasn’t stopped those who work at Wave Hill from “branching out.”

In fact, “Branching Out” is the name of Wave Hill’s social media area, an online hub designed to provide entertainment and activities — all from the comfort of home.

And best of all, it’s helped keep people connected to Wave Hill in a time when they just can’t.

“For many people, Wave Hill is close to their heart, and they come for enjoyment, healing and serenity,” said Martha Gellens, a spokeswoman for the attraction. “We knew it would be difficult for some of those people who would come to Wave Hill regularly.”

Branching Out is split into two types of programming. One is to mimic programs that would have otherwise been held on-site at Wave Hill — like nature activities — while other programming offers videos and other features that would typically only be available through a computer or smartphone.

The second track of programming features videos from places like the Hudson Highlands Nature Museum, which in the past brought animals to Wave Hill. The museum now makes short videos introducing the animals living at its Cornwall center.

For years, Gabriel Willow has led birding walks at Wave Hill. Now he makes birding walk videos in his own neighborhood.

Even Wave Hill’s performing arts curator has joined in the remote offerings, putting together playlists from prior performances at Wave Hill, or from performers who have entertained Wave Hill audiences in the past. One challenge, however, has been figuring out how to film at home. But it’s a challenge worth overcoming, Gellens said, because these virtual options are a great way to still enjoy Wave Hill, even if no one can actually make it to Wave Hill.

“If you can’t come to Wave Hill then you can still experience something that is very Wave Hill, like a family art project,” Gellens said.

To get the word out, Wave Hill sends social media posts to those subscribing to their services online, letting them know certain videos or other content has been posted. Each post is sent weekly to endorse a particular program.

But Wave Hill itself isn’t deserted. A small army of gardeners has maintained the plants and gardens. Each of them has taken serious precautions to maintain social distance, and limit potential exposure. The pandemic consumed the public’s enjoyment of spring, but nature still moves on. The springtime blooming has now made way for some of the summertime beauty — just being enjoyed by a much smaller audience.

“Spring is a very busy time in a garden,” Gellens said, “so it has been a busy time for them to stay on top of the rapid change that is happening in the spring in the garden.”

Next week, New York City is expected to enter the third phase of reopening, but that doesn’t yet include Wave Hill, which doesn’t expect to set a reopening date for a while — at least until they get clear guidelines from public health officials at both the city and state levels.

In the meantime, however, absence truly makes the heart grow fonder, Gellens said. The pandemic shutdown has allowed many to appreciate nature more so than before. The ability to spend time outside has always appeared to be a given. Now, being outside is more exciting and can feel like a luxury.

“Wave Hill is place where you can come and dream,” Gellens said. “When you aren’t able to get to a place like that, you miss it. And so I think we will all come back with a greater appreciation and love for Wave Hill.”