Unsure about running again, one-time candidate hopes she made difference 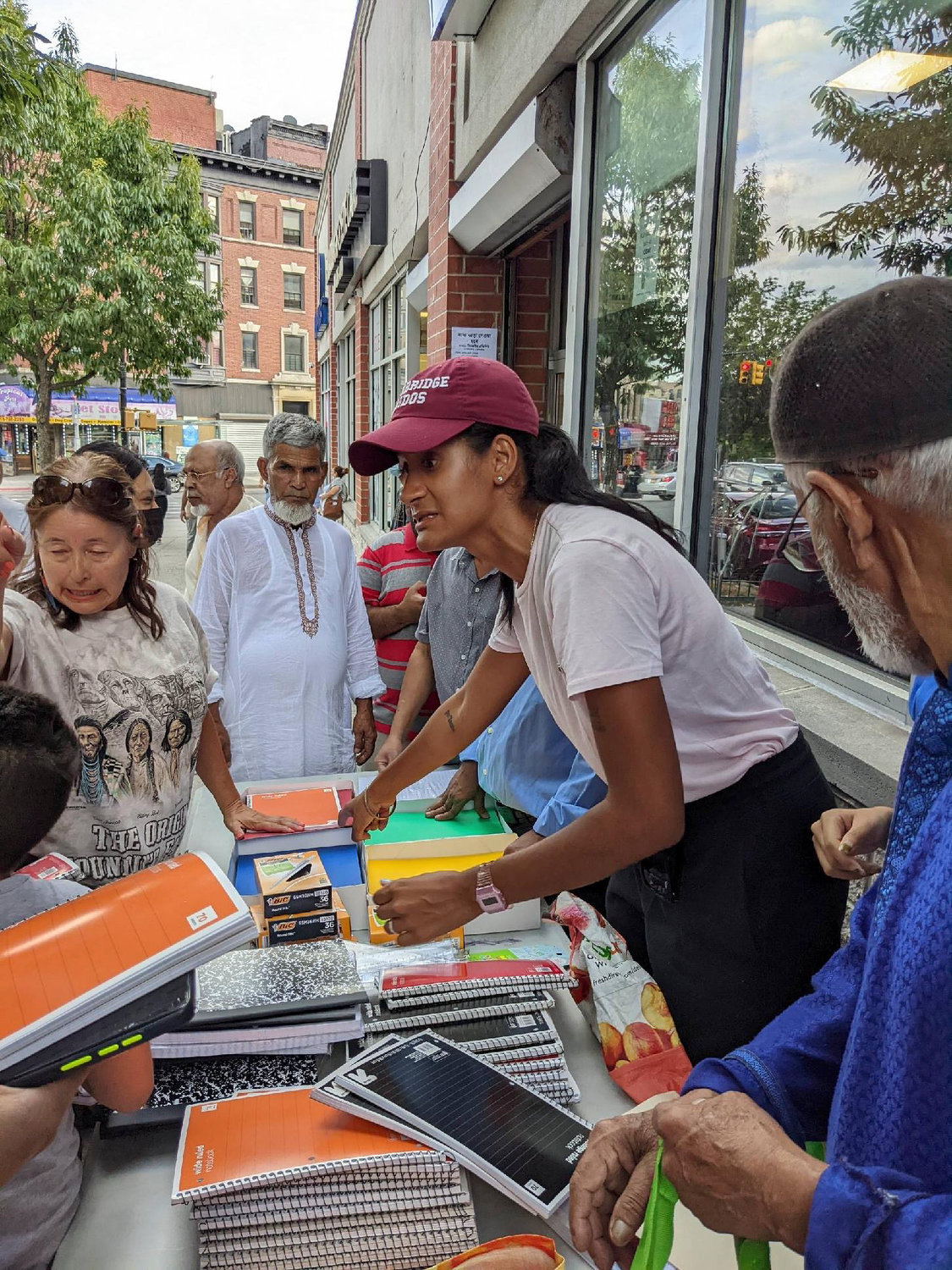 Jessica Altagracia Woolford helps pack produce as part of her job with her nonprofit Kingsbridge Unidos that provides food for the needy. She is still undecided about her political future after losing to Assemblyman Jeffrey Dinowitz in the Democratic primary in June.
Courtesy of Raphy Jacobson
By Sachi McClendon

Jessica Altagracia Woolford was out in Norwood earlier this summer delivering hundreds of pounds of fresh produce — like pineapples, garlic, potatoes — as well as school supplies to those in the community. She has been doing this type of work through her nonprofit organization Kingsbridge Unidos since the summer of 2020.

She said it’s a welcome change from the campaign trail.

“I was really sick at the end of the campaign. I literally needed time to recover and get healthy after election day,” Woolford said. Earlier this year, she took on Jeffrey Dinowitz for his assembly seat in the Democratic primary, only to be handily defeated.  Almost two out of every three votes went to Dinowitz.

Still, she ran a committed campaign that built momentum all along the way. She received big-name endorsements — from the likes of U.S. Rep. Alexandria Ocasio-Cortez — and had the backing of the Working Families Party, which has one of the largest grassroots mobilization operations in the state.

“While we didn’t win on Election Day, for a first-time campaign, we raised well over $100,000,” she said. “We turned out over 3,500 people. I do think my race proved there’s a huge appetite for values-based campaigning.

“We did well in Kingsbridge — an area that’s traditionally not invested in by the political establishment. I know this from experience growing up there. I know this from the conversations I had at doors with folks.”

There were also sections of Riverdale that Woolford did surprisingly well in. “I think that that suggests to me that there are changing demographics,” she said. “And that they’re not necessarily just in terms of race, but I think in terms of socio-economic class.”

She also thinks her campaign was not for nothing. It did put pressure on the assemblyman to push for a bill that would close a voluntary intoxication legal loophole throughout the state.

“I’m glad that we got him on the record talking about fair and timely elder parole reform,” Woolford said. “I heard from a lot of folks like ‘I haven’t seen him in this part of the neighborhood in a long time.’”

Still, the turnout for the assembly primary was remarkably low. In the 2020 Democratic primary, a little more than 16,000 people came out to vote for either George Diaz Jr. or Dinowitz. In the June primary, there were around 10,000 voters. That’s about a 40 percent decrease in turnout.

Several factors may have played into these low numbers, such as it being a non-presidential year but Woolford chalks it up to voter apathy.

“It was disappointing that we weren’t able to turn out the amount of votes that we had anticipated,” she said. “I think people are just tired — so so tired — of politics. The Roe (abortion rights) decision came out just days before the election.”

And, as Woolford sees it, the more engaged the electorate is, the healthier the political environment becomes.

Dinowitz “shouldn’t feel comfortable because he won this race, especially because turnout was low,” she said. “This was a testament to how bad things are for Democrats, but not a measure of how people don’t actually want progressive Democratic politics.”

While Woolford said she hasn’t made up her mind on whether she will take another stab at the assembly seat — or any other elected position for that matter — she did learn a lot from the campaign.

Conventional wisdom says that non-incumbents should run for at least a year.

“For a working-class candidate, a working mom, that’s just not doable,” Woolford said. “I’m not a wealthy person who can just not work for a year.”

She thinks that’s a major hurdle for working-class candidates in general trying to get into political office, but she doesn’t have any easy fix for that. She does know that in order to stay competitive, challengers must continue to be leaders in their community.

“There has to be consistent and committed organizing year-round in order to unseat somebody like Jeffrey,” she said. For now, that means focusing on scaling up Kingsbridge Unidos.

“I’ve learned that there’s a really big appetite for people in the community for candidates and for campaigns that are really run on true Democratic issues, like housing, and climate justice, and basic social services.

“So regardless of what I do next, those will be my priorities.”