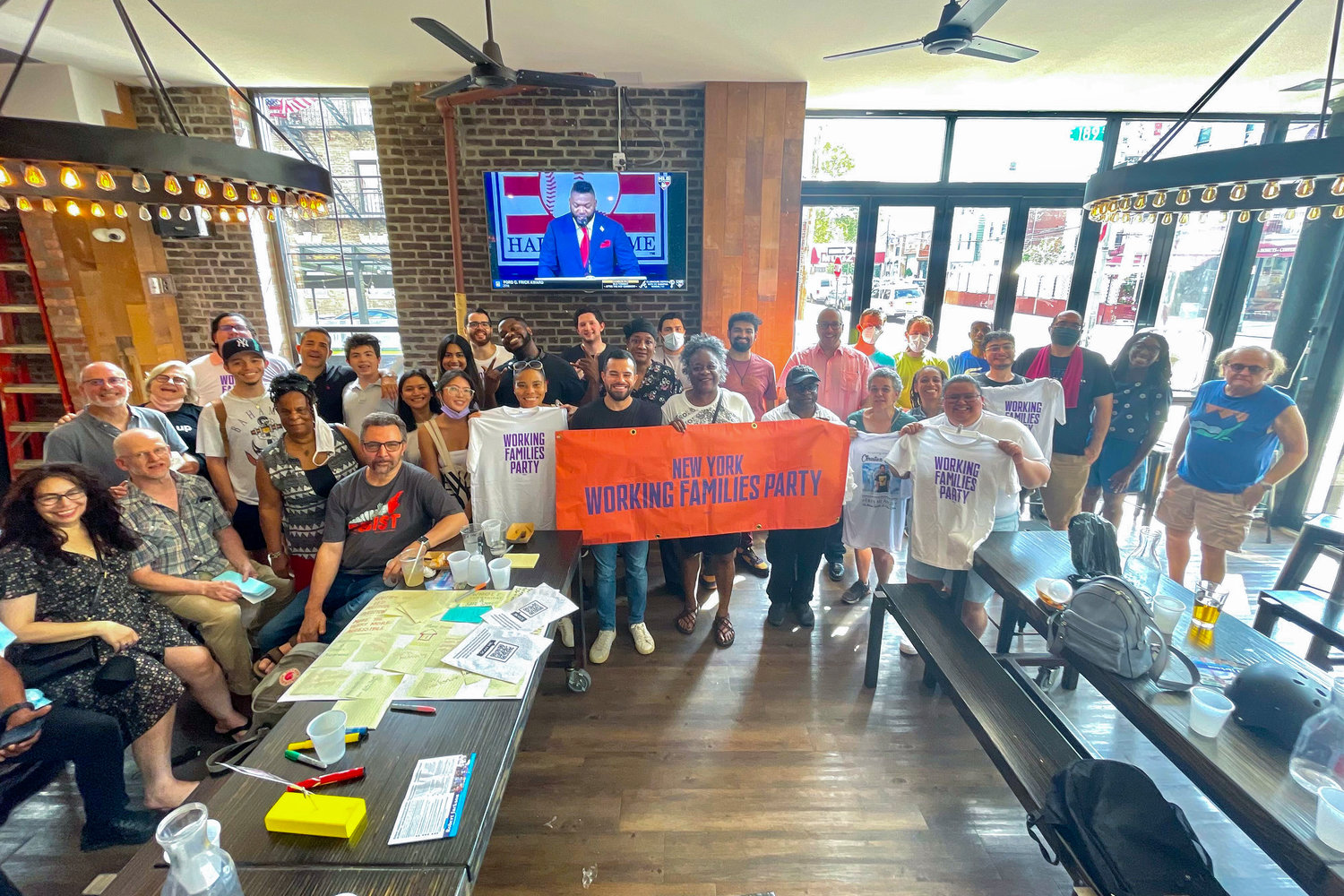 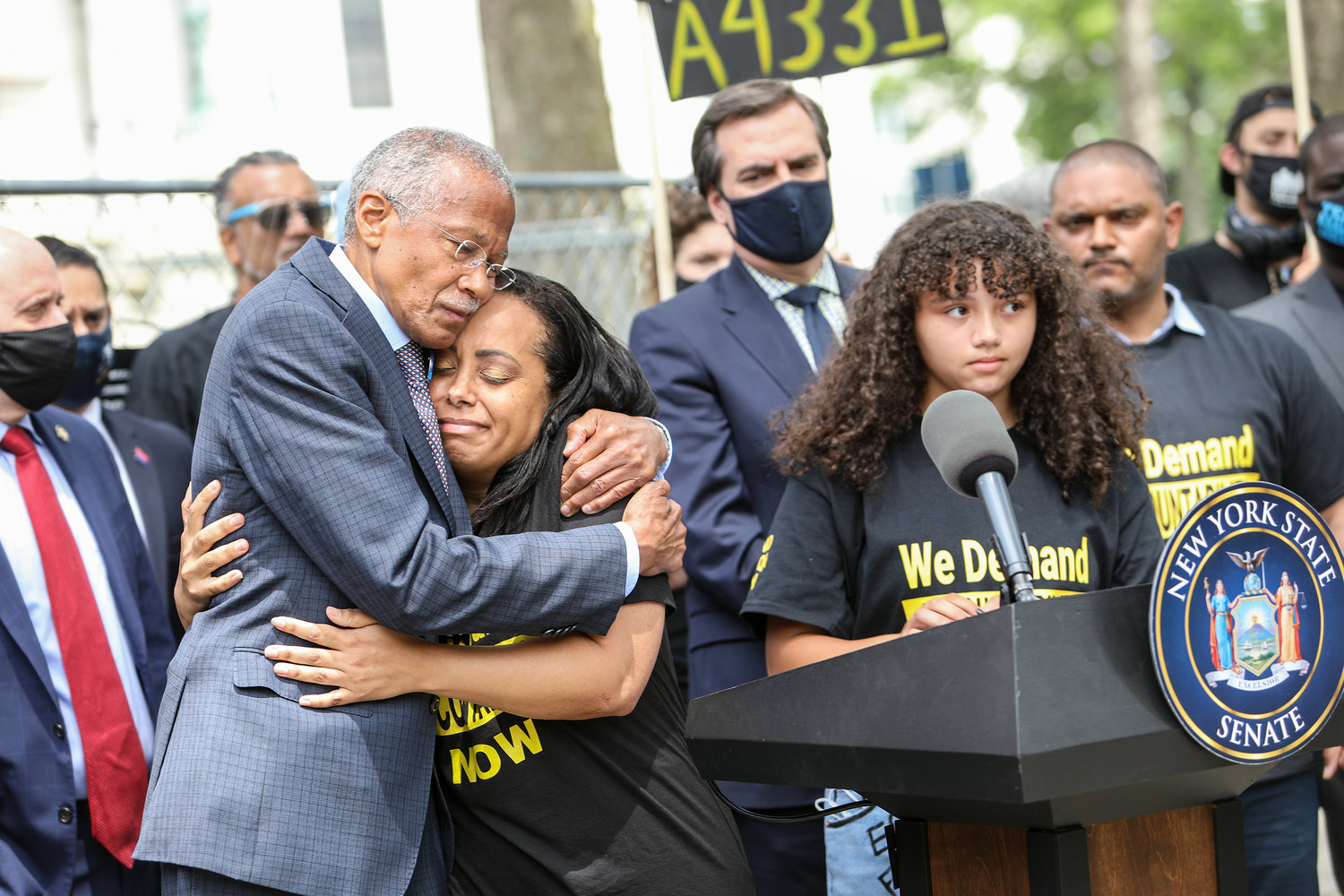 There’s the electoral process, but then there’s also the community process. We want to be a part of the community here.”
DAVID DIAZ, outreach chair, Working Families Party
By Sachi McClendon

On the night of his election victory, state Sen. Gustavo Rivera rattled off a list of organizations that helped him across the finish line. One that stood out was the Working Families Party.

“This is the coalition that powered us to victory tonight,” he said in a statement on the evening of his win. In the days and weeks leading up to the election, WFP volunteers came out to bolster the senator’s campaign efforts, handing out campaign literature on street corners and knocking on neighbors’ doors.

The relatively small — yet still influential — party has had a presence in the borough for quite some time. It put its weight behind Alessandra Biaggi in her 2018 upset victory over Jeffrey Klein and then backed Jamaal Bowman in the 2020 primary against longtime incumbent Eliot Engel.

Despite this, the progressive party did not have an official chapter in the Bronx at the time. That all changed in September when the party announced it had formed a new ratified chapter in the borough in order to give more electoral power to working people.

“We’ve always wanted to have a chapter in the Bronx. We’ve never sort of been able to quite reach that critical mass. A couple of times we were close,” David Mirtz told The Riverdale Press last week. Mirtz, who lives just south of Van Cortlandt Park, is a co-chair of the new Bronx chapter and a founding member of the Working Families Party, which was established nationally in 1998.

“The party made a decision that wanted to put some actual organizational force behind building a chapter in the Bronx. And that it was important for New York City,” he added.

Last October, the party hired organizer Destiny Cruz, who was born and raised in the Bronx, to build out a membership for the new chapter. “WFP is really trying to build a multiracial, multicultural base across New York City and across our state, and they want to be able to build that out in the Bronx,” Cruz said. “I was very happy to know that they were seeking someone who was born and raised in the borough. They were seeking folks who really had deep relationships in the organizing spaces across the Bronx.”

During this year’s primaries, the party had backed Jessica Altagracia Woolford and Jonathan Soto for Assembly, and Sen. Robert Jackson in addition to Rivera for state senate. In order to expand the chapter, Cruz recruited new members from the pool of volunteers that had supported those WFP candidates.

“Leading up to our launch, we actually had a month-long outreach plan, where all of the chapter leaders provided a list of everyone who’s currently a dues-paying member in the Bronx … We called them, texted them, repeatedly for four weeks straight,” Cruz said, adding that more than 90 people signed up for their launch event in July.

An official, chartered Bronx chapter provides several benefits to WFP members throughout the borough. Internally, it allows the chapter members to vote on which Bronx candidates they would recommend the party to endorse. “In the formal process of WFP, without a Bronx charter organization —  without our Bronx chapter — there is not a formal vote that we get to put forward in the room, which is critical,” Cruz said.

By having a local chapter, the party is also able to expand beyond strictly campaign work and into community organizing efforts.

“There’s the electoral process, but then there’s also the community process. We want to be a part of the community here,” said David Diaz, who is the current outreach chair for the chapter. “Day in, day out. Not just during the election season.”

“The Democratic party has always been sort of missing something: the grassroots,” he said. “When Destiny came to me with what she was doing, it was that ‘a ha’ moment. I obviously appreciated what the WFP stood for, but now to have a chapter here in the Bronx, it gives me that outlet.”

Mirtz pointed to the social and cultural issues that needed to be addressed.

Still, the chapter is keeping in step with the main policy objectives of the national party as well. “We’re hoping to pass legislation that creates real material change for working class people. So that means passing Good Cause (eviction). That’s passing Build Public Renewables. We’re hoping to pass the New York Health Act,” Cruz said. “So there’s some legislative components there that we sort of want to prioritize.”